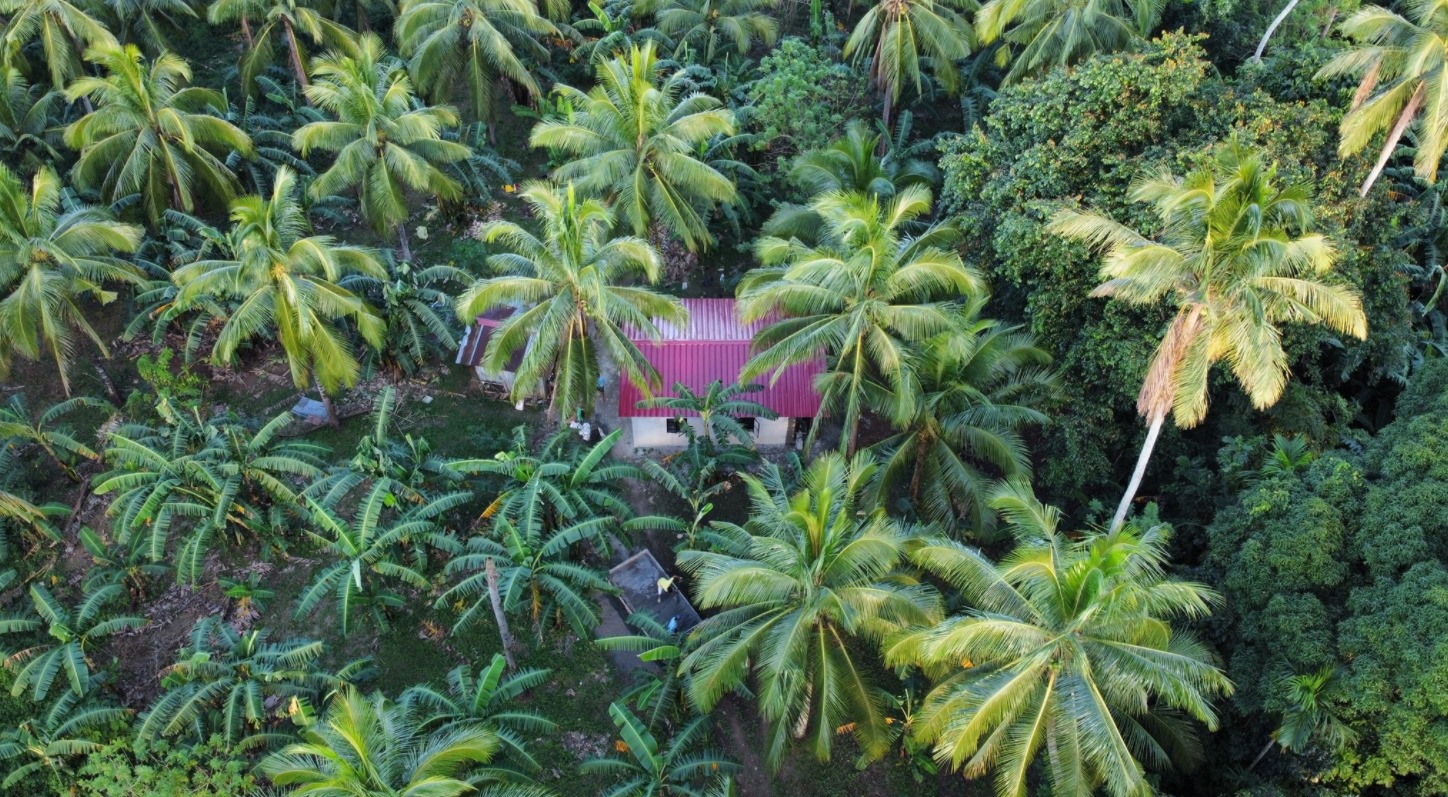 Featured photo - An aerial shot of the coconut trees planted on the farm.

Even though farming is perceived as a lowly job by many because of how meager the profit can be at times, it’s an honest vocation that has helped many augment their income and even pave the way to achieving their dreams.

Such was the case for six sisters who managed to finish their studies in dentistry, computer science, midwifery, law, and nursing. Because of their parents’ efforts on and off the farm, they managed to become professionals and entrepreneurs. 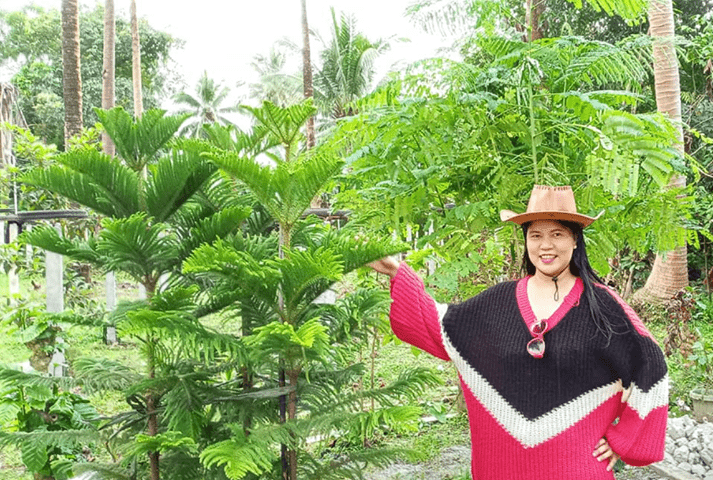 Susan Marges Gonzales is an employee of a private company who revived her parents’ farm food security and income purposes.

One of these sisters is Susan Marges Gonzales who works at the legal department of a Business Processing Outsourcing (BPO) company. Just this year, she decided to start working on the farmland that their late father left in Indang, Cavite.

“The global pandemic last March 2020 brought us to the realization that a sustainable source of healthy food is necessary for us to survive in this kind of crisis. And that made me decide to venture into agriculture and continue the legacy of my late father, Lt. Sofronio Gonzales (Ret), in farming and in helping people in the community earn a living,” Gonzales said.

The family farm, according to Gonzales, is a place built by the labor of love of two loving and responsible parents whose only intention then was to provide enough support for their growing family and to augment the tuition fee requirements of their six daughters.

It was inherited by the sisters’ mother and by early in the 80s, both parents had started developing the land to augment the family’s finances. 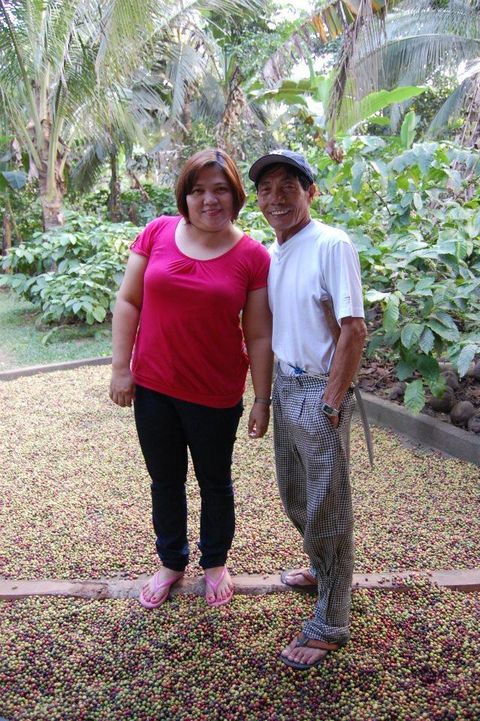 The sisters’ late father (on the left).

“The joint monthly salaries of my father, a foot soldier, and my mother, a government employee, were not enough to sustain the needs of the family; thus they started harvesting mangoes, bananas and coconuts from the farm,” Gonzales said.

Prior to becoming  a soldier, Gonzales’s late father was a farmer.

She added that her parents started planting native crops like banana, coconut, guyabano, calamansi, avocado, coffee, santol,  and papaya to give them an additional source of income.

After Gonzales’s parents retired from government service, they decided to permanently stay on the farm. They built their small farm house in the middle of the farm so they could manage it full time and be hands-on.

“When my father died three years ago, my mother left the farm house and lived in her own unit in the city. We just left the management of the farm to a trusted person,” Gonzales said.

But now, the farm is being revived and it now pays homage to its original intentions of providing for the six sisters, making it now known as Six Sisters’ Amazing Grace Farm.

Various fruit-bearing trees are found in the farm’s premises since Gonzales and her parents benefited from growing these particular crops as they are easy to grow and sell in the local market, fostering a quick return of investment to help the daily needs of the family.

There were already fruit-bearing mango trees on the farmland when Gonzales’s parents started working on it.  It provided them with a good harvest and encouraged them to plant more mango trees.

Mangoes are one of the most prolific fruits in the Six Sisters’ Amazing Grace Farm along with banana, coconut, and guavano which are available year-round. On the other hand, the mangoes and avocados fetch a good sum when in season. 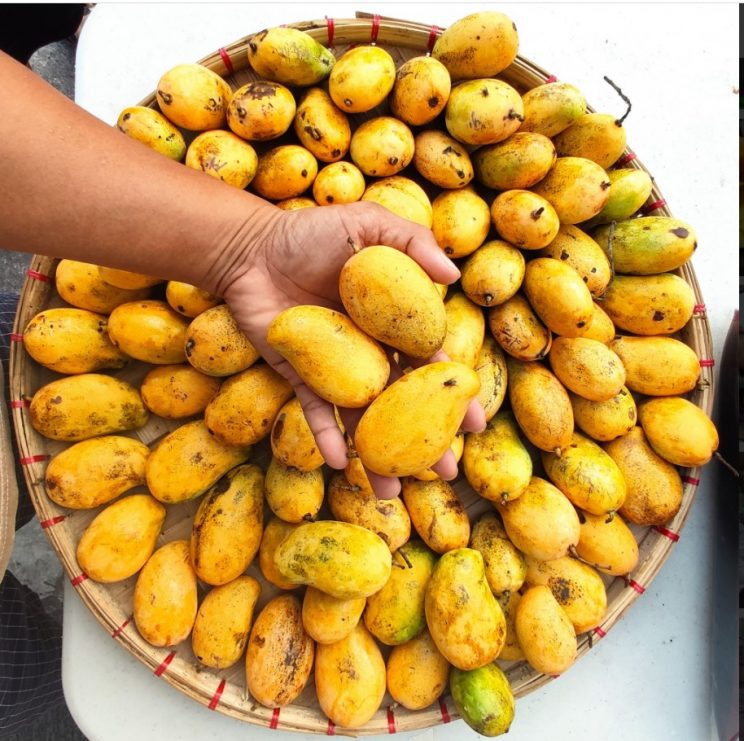 Mangoes are some of the farm’s most prolific fruits.

Before, the sisters’ parents used to sell their farm’s produce to their officemates. Now, the sisters turn to social media as a platform for selling their goods.

As the farm is slowly being revived to be more than what it was, each sister is adding their own touch to make the farm more diverse.

When it comes to caring for their fruit-bearing trees, Gonzales said that they use natural fertilizers, removing weeds periodically, and putting up fences to secure their crops from being damaged or eaten by farm animals such as cows, carabaos, and horses. This even keeps outsiders out who might want to steal their produce. 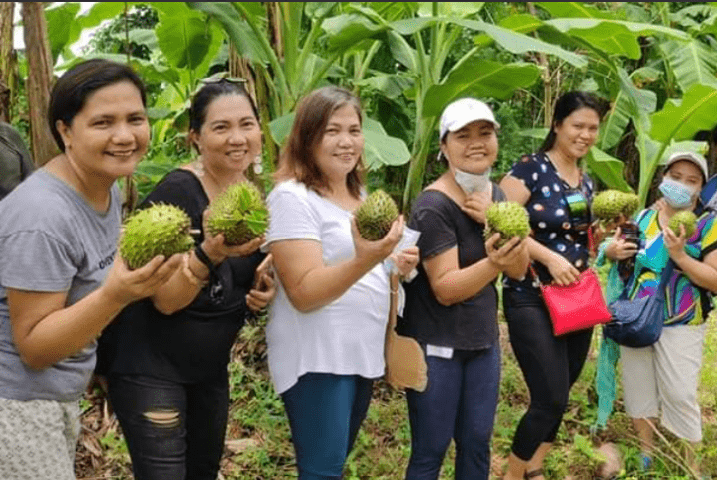 The six sisters posing with a guavano in hand.

“Our farm is mostly surrounded by rivers which makes the soil fertile. And we’re so blessed that there’s always rain in the afternoon during the third and last quarter of the year that keeps the plants and trees well-watered,” Gonzales said.

Not only is the sisters’ farmland blessed with the presence of natural elements that help in the growth of their crops, but they’re also fortunate to have thoughtful parents who wanted to provide for them through a vocation that they can engage in as well. As they continue to revive their parents’ farm, the sisters are also continuing their parents’ legacy as well as their love for their children.

In part 2 of the article, Gonzales shares her experience as an urban gardener who grows both ornamentals and vegetables in her residence in Pasay.