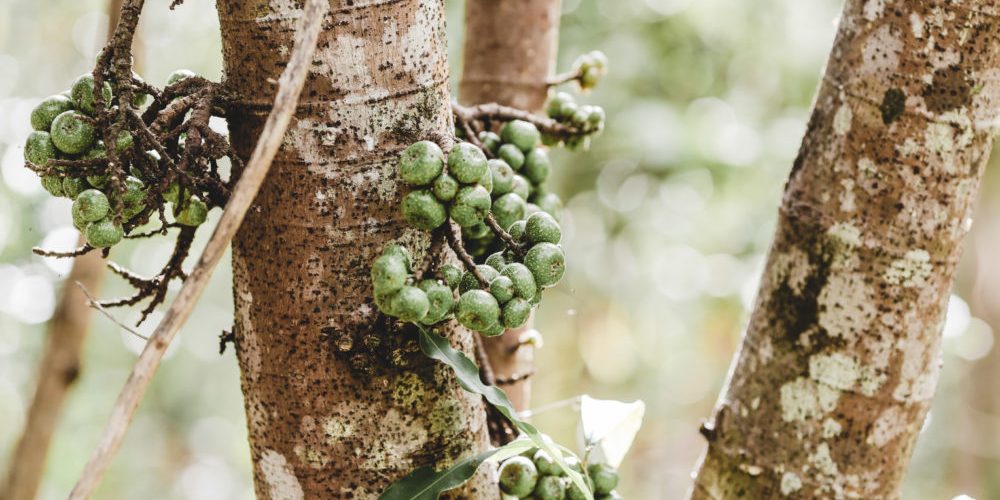 The said series is part of Terra Madre Salone del Gusto 2020, a worldwide festival organized by Slow Food International, a global movement composed of millions of people uniting with a goal to protect local food cultures and traditions.

Terra Madre, the largest international event of Slow Food International, is dedicated to food, environment, and food policies that kicked off in the Philippines last October 5, 2020, with the theme: “Our Food. Our Planet. Our Future.” The six-month long festival will end in April.

Philippine forest: Ours to keep, ours to preserve

Working in the conservation sector for over 33 years, Castor says, “I saw the devastation of the forest. It saddened my heart to see fallen logs and the resounding thud of the trees.” Understanding the role of trees in the environment drives the conservationist to continue his advocacy and amplify the need to protect them.

“Our endemic trees provide many benefits. One is providing really clean oxygen.” Endemic trees are species that can only be found in certain areas, which makes them challenging to conserve since they only thrive under certain conditions. Some of the Philippine endemic trees include dapdap (Erythrina variegata), molave (Vitex parviflora), malabulak (Bombax ceiba), and katmon (Dillenia philippinensis).

Aside from oxygen, these trees can store and absorb large amounts of water that helps to alleviate the impacts of the flood. He adds that a tree can store up to 300 to 500 gallons of water in one rainy period. “They will not release that outrightly. In every tick of a second, a droplet is being released.”

Unlike some shallow-rooted exotic trees, Castor explains that native trees won’t easily get toppled by strong winds during a storm as they “are anchored deep down into the ground.”

Protecting these trees means securing the lives of not just humans, but also the habitat and existence of other living creatures like the wildlife. Unfortunately, some people take advantage of their value and cut these trees down for profit — one reason behind the loss of biodiversity in many areas.

As industrialization was introduced, monocropping, or the practice of producing a single crop in one space has also begun to spread. And with the notion that exotic trees are fast-growing, many people continue to grow them while practicing a monocropping system, that as per Castor, hugely affects the ecosystem.

When planting trees, especially endemic ones, it is crucial to grow a varied species and not only focusing on one type. Maintaining biodiversity also means “several species of trees are planted in a particular area.” When we do this, we also allow several animals to have a healthy habitat.

“Plants and trees are also hosts to particular insects or some kind of small animals that are dwelling in it,” said Castor. Without differing trees, there will also be a limited habitat for animals, which could lead to an outbreak since there is an absence of other beneficial species that could help interact and combat pests in the area.

To date, Castor emphasizes that the country’s forest cover is merely about 16%. And “For an area to be declared as an ecologically balanced area, there should be a ratio of 60% for any development and 40% forest cover,” he said.

For this reason, Castor continues to save trees, particularly the endemic and rare varieties, in Negros Occidental. He extends his awareness on his social media account to let others realize the importance of trees in our ecosystem. Due to such kind acts, he is able to influence others in his advocacy. “I am not alone. There are many of us already doing that.”

Philippines forests continue to decrease due to deforestation and developments and thus, calls for collective action.

Castor hopes for the younger generation to continue the initiatives that they are executing for the environment and the future. He leaves a message to the youth saying:  “We will continue the fight, the fight to conserve our biodiversity, to protect our forests so that we may have a sustainable life.”

Five ways to use coffee grounds in your garden