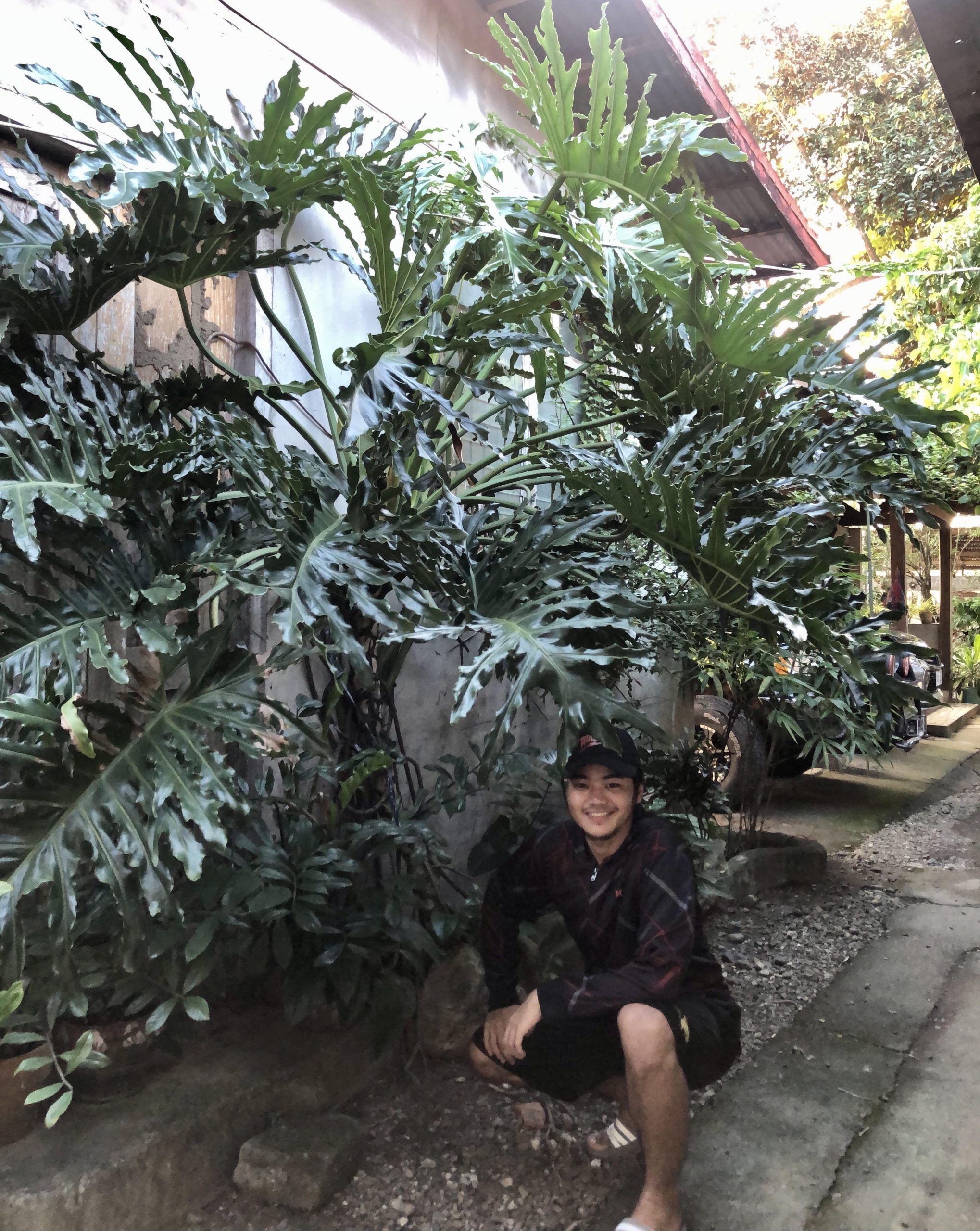 There are instances when plants get mislabeled by their sellers. There are a lot of factors that contribute to this honest mistake and there are chances when it would be disadvantageous to the buyers who might administer the wrong care because of misinformation.

But for Luisito Angelo II Domingo de la Cruz, a nurse by profession and a first year student as a doctor of medicine, this little blunder gave him and his family a big surprise, quite literally.

Originally his late uncle’s, the philodendron selloum that he now cares for was said to be of a dwarf variety when it suddenly grew to a size that surpassed its initial description. Now, the once indoor plant grows alongside de la Cruz’s family storage shed. 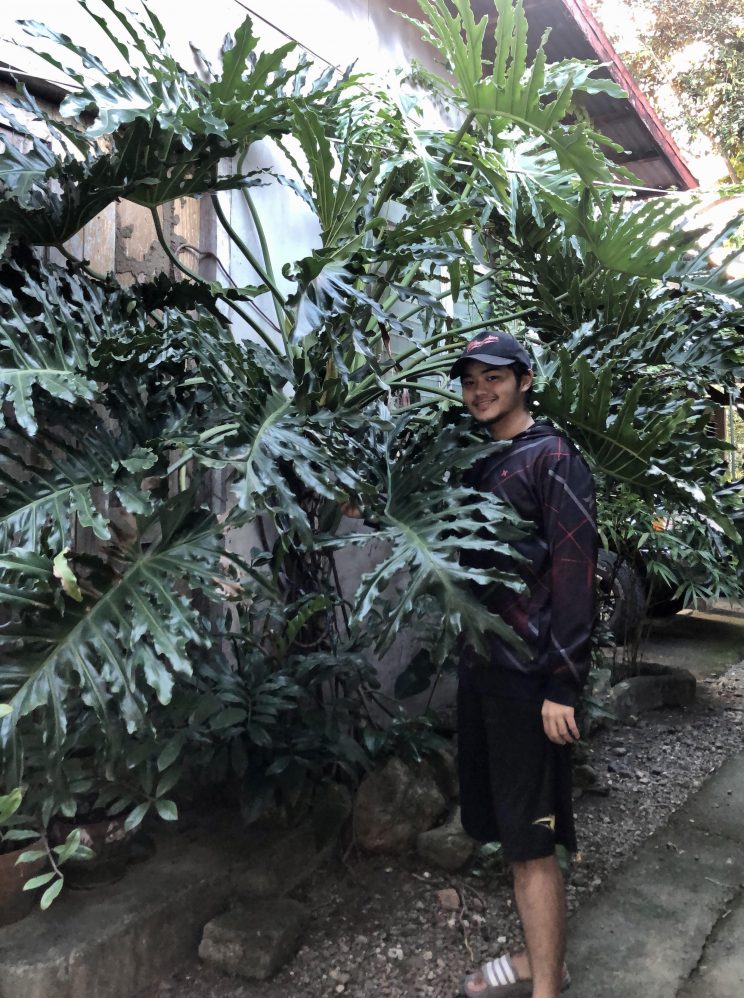 The mislabeled ‘dwarf’ variety selloum used to belong to de la Cruz’s uncle who was also a nurse.

Caring for the large selloum

“Different genuses require different care. But for most of the aroids, such as our selloum, we provide them with plenty of bright, indirect sun, watered only when the topsoil is dry, and given fertilizers,” the nurse said.

“Another important thing to remember is that trailing plants should be provided with something that they can trail on so that more surface area can be used by the aerial roots to absorb more water and nutrients,” de la Cruz said.

The reason behind this is because when trailing plants are left to grow without something to trail on, the leaves will grow smaller and smaller.

De la Cruz shared that his love for plants started when he was in elementary when he used to be a fish keeper. As he went further in the hobby of keeping and breeding fishes, he found himself collecting more aquatic plants than fishes since these require less care and time which best suited him when his schedule started to become more busy during high school.

“For me, it’s a form of relief from the stress and anxiety from my studies. It was like a breath of fresh air from the tiring duty as a student nurse coupled with mental draining academics. Visiting my greenhouse is like a daily dose of happiness that kept me going through until my graduation and board exam,” he said. 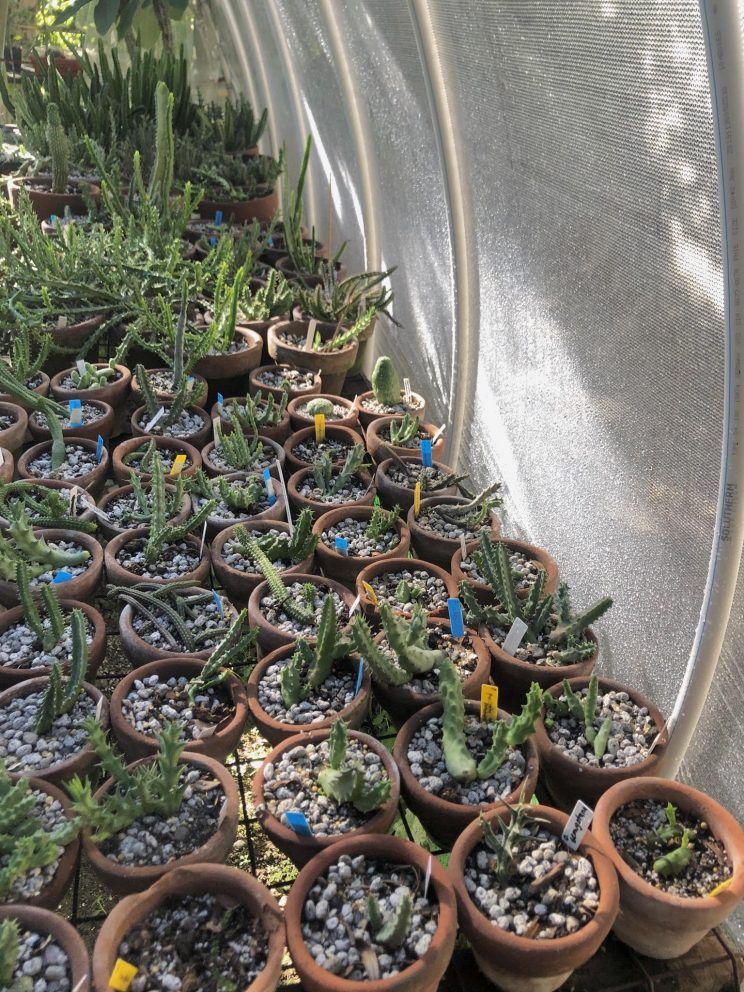 Visiting his greenhouse brought him peace from the stress of his studies.

A collector of rare, exotic plants

Like with most collectors and plant owners, the nurse has also faced challenges in growing his collection as well. 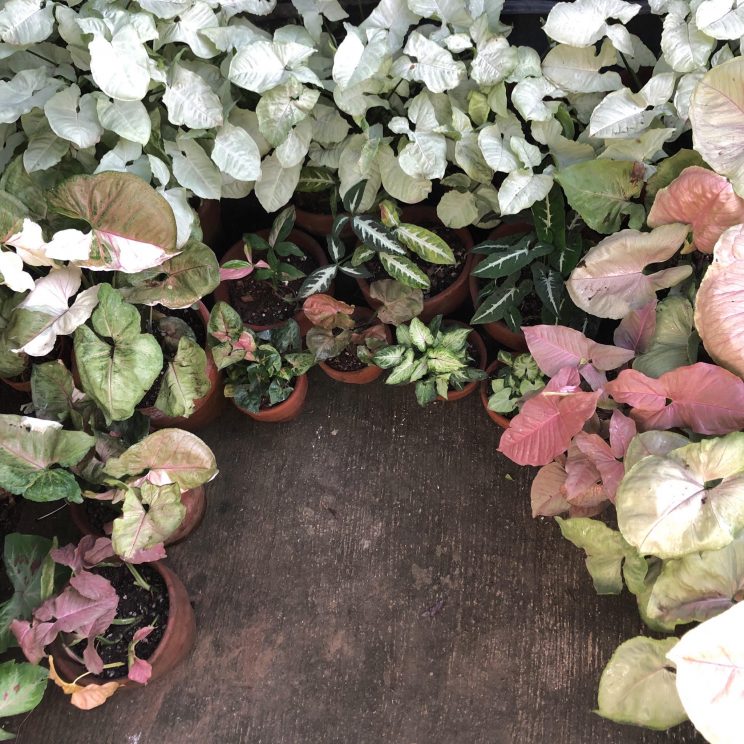 De la Cruz’s interest in plants started at a young age and was initially brought about by his interest in raising fish.

“For both my aroid and arid plants, I often need to deal with pests such as aphids—which are specifically problematic for my caladiums—worms, spider mites, mealy bugs, and their harder-to-treat cousins, the root mealies,” the nurse said.

To solve this problem de la Cruz uses insecticide systematically by alternating between brands to avoid developing resistance of certain pests to the insecticides.

But ultimately, investing in plants is a good idea especially for the younger generation because not only does it promote a greener environment and well-being, but it can also be a source of income.

As an example, de la Cruz cites that he can sell as much P5,000 from his propagations alone.

“What I do is I buy cuttings or propagate from my mother plants and sell them. You will not only enjoy the beauty of your plants, but it can also financially support you,” de la Cruz said.

Other than enjoying the company of his plants who bring much joy and sanity to the nurse and medicine student, de la Cruz has also found a source of income that’s good for the environment. And like his family’s philodendron selloum, each plant baby that he cares for might just have a surprise in store.

Gov’t, NGOs to roll out scorecard to monitor fishery management areas in PH