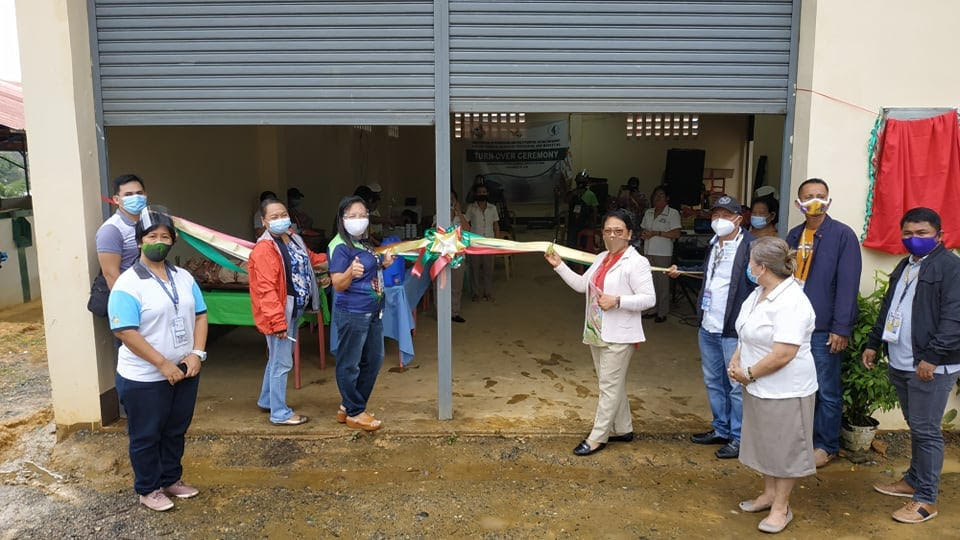 Shown in photo are the regional and provincial officials of Department of Agriculture (DA 13) and the Province of Dinagat Islands (PDI) during the recent turn-over ceremony in Dinagat town, PDI. (Photo courtesy of DA 13-PIO via Mike U. Crismundo/Manila Bulletin

The province of Dinagat Islands (PDI) might soon to become the “Cassava Capital in Caraga Region” after a processing center was established in an objective to boost PDI’s cassava industry and the whole of Northeastern Mindanao.

This is also, as government and private sector unites to develop the cassava industry in that fast-rising province in the region, said Department of Agriculture (DA 13) Regional Information Officer Emmylou T. Presilda.

“This province might become the cassava capital in our region,” the region’s DA 13 information chief told The Manila Bulletin on Monday.

The project spearheaded by the Enterprise Development (IREAP) Component of the PRDP-Regional Project Coordinating Office is worth P10 million and is comprised of a Warehouse and a Multi-Purpose Drying Pavement (MPDP), two units of flatbed dryer, a brand new truck, a weighing scale, and a cassava granulator.

“Cassava is one of the priority commodities of the province and of the region. And we are very happy to have reached this milestone, that this project was finally realized,” she said.

On the other hand, PDI Governor Arlene “Kaka” Bag-ao expressed her gratitude to the DA-PRDP for choosing to establish the project in the province.

“I have often heard it being said that you do not just invest in the project itself, but you also invest in the people. So thank you to PRDP for putting their trust in the people of Dinagat, in particular, the members of the A & M MPC,” the provincial chief executive said.

Governor Bag-ao also said that cassava is widely grown in Dinagat and the production is really high with an estimated volume of production at 6,204.84 metric tons in the year 2015. Thus, the processing facility is a very welcome project.

The A & M MPC will buy fresh cassava tubers from cassava growers in the province and process these into granules which will then be delivered and sold to the Fatima Multi-Purpose Cooperative in Ormoc, Leyte with which they have an existing marketing agreement.

A & M MPC Manager Norma Villegas said now that they have the processing facility, they will work even harder to further increase their cassava production and marketing and help develop the industry.

DA 13 Regional Executive Director (RED) Abel James I. Monteagudo said the Duterte Administration will continue upgrading the farm production of farmers in this growing and developing region in Mindanao.

“We will continue our effort to boost the farm production of our farmers,” the region’s top DA 13 official added.

Plants and flowers that you can cultivate this holiday season