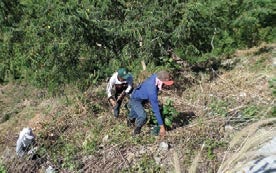 In Solsona, we met a forester-couple who graduated from the Mariano Marcos State University in Batac in 1983.

Bob is now a councilor (kagawad) in Solsona, but at the same time, he is also very active in planting mahogany trees for private owners. For a couple of years after graduation, Bob worked as a casual employee of the Bureau of Forest Development. Then he launched his nursery in 1985 and started contracting planting of forest trees for other landowners.

Up to now, he continues to plant forest trees for other people. He can easily claim that he must have produced the most number of mahogany seedlings in Ilocos Norte, and planted them in really big numbers in private people’s farms. 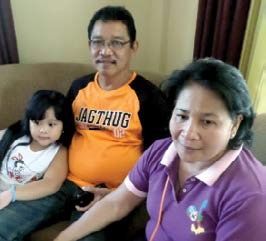 One balikbayan from Pinili, Ilocos Norte, for instance, had contracted Bob to plant 250,000 mahogany seedlings in a big property several years ago. A few years later, the owner asked Land Bank to appraise the plantation for loaning purposes. The appraised value was said to be P127 million.

In Currimao town, Bob planted 150,000 mahogany seedlings for Roy Gabino. He has done the same in several other towns in Ilocos Norte and in other provinces. He usually sells his seedlings at P10 apiece and charges P2 for planting the same.

Bob’s wife, the former Estrella Curameng, is a forester of the provincial government. She is the Community Development Assistant for Environmental Concerns in Ilocos Norte. 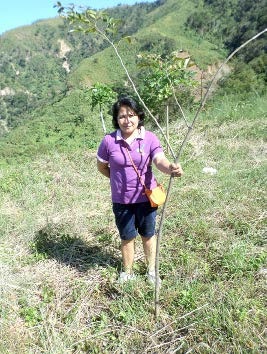 She is responsible for implementing reforestation programs in vulnerable areas in Ilocos Norte, among them big areas in Dingras, Solsona, and Badoc. In Solsona’s Brgy. Maan-anteng Manalpaac, a public land comprising 1,200 hectares is being planted to forest and fruit trees. Being planted during our visit were thousands of Arabica coffee seedlings. Earlier planted were narra, molave, duhat, pine trees, mango coconut, rambutan, and others.