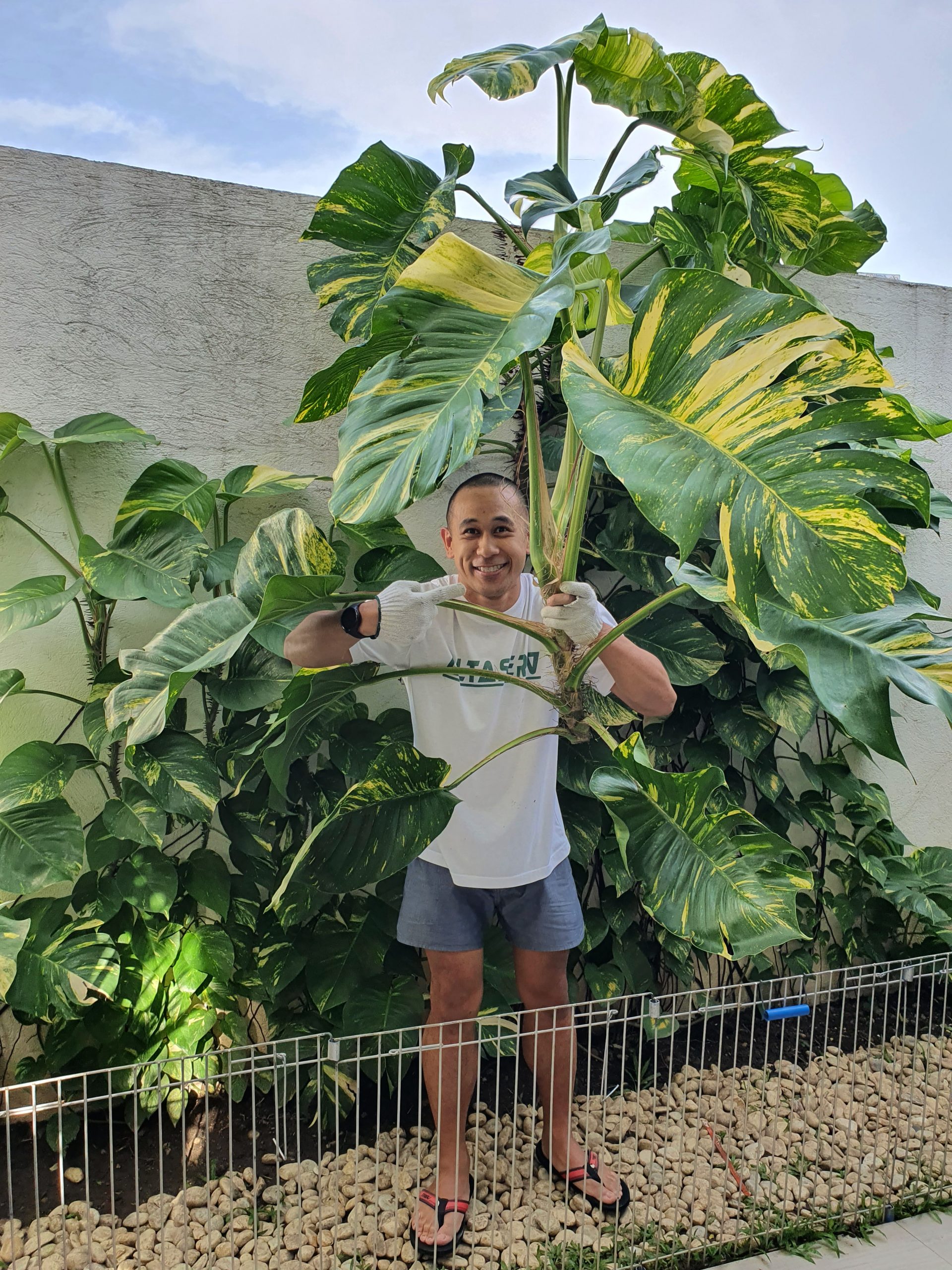 Ramon Isla, a businessman who is also an urban gardener, holding his trimmed giant golden pothos with leaves that measure about three feet long.

Many gardeners turn their homes into a green space with the intention to make their pads cozy in the most natural way. For businessman Ramon Isla, 33, a dream to live in a place that mimics nature and its calmness was the main reason he began cultivating plants, including his giant golden pothos (Epipremnum aureum).

Gardens have always been close to his heart. Isla views gardens as an area where fond recollections of childhood are built. Coming from a family of plant lovers was the major factor that piqued his love and interest for plants and nature. When he acquired his own home four years ago, he took the chance to hone his skills in gardening.

Aside from his grandparents, his interest in cultivating plants mostly stems from his mother’s influence. Some of his plants, like his 25-year-old rubber tree, were gifted by his mom. As a father of one, he also allows his five-year-old son, Simon, to discover the art and science behind cultivating a garden. 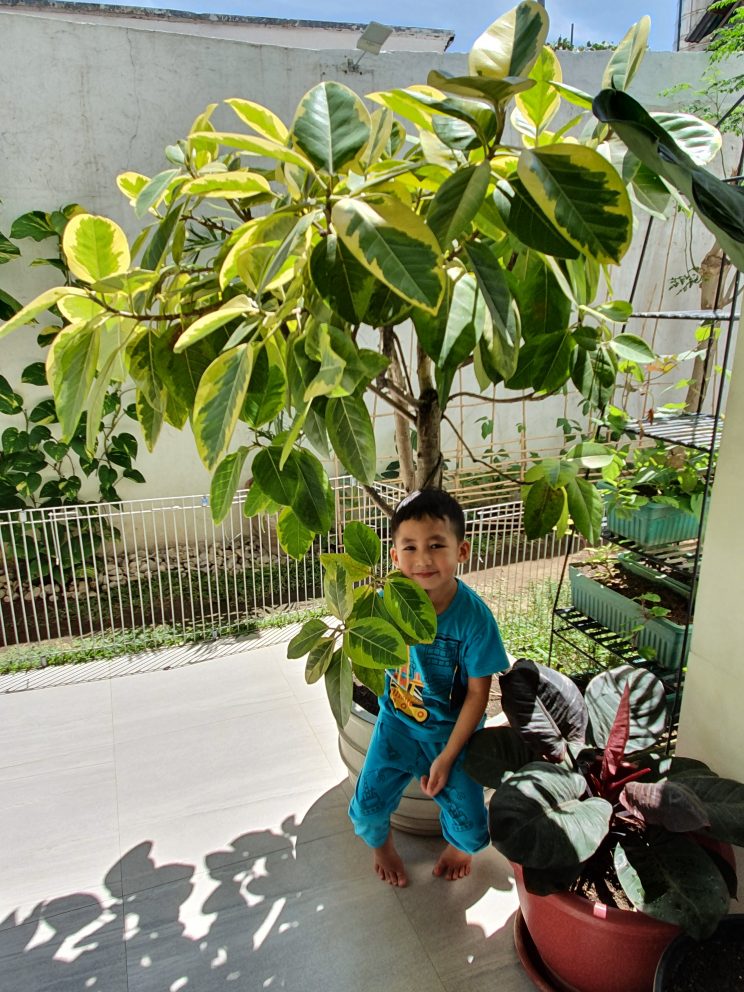 His son Simon next to the 25-year-old heirloom bonsai rubber tree from Isla’s mom.

“Since I had a relatively small space, I had to be creative in maximizing my area. I used a lot of indoor plants to be able to infuse the natural vibe indoors. I also placed plants in the veranda and lanai. I also used giant pothos vines to cover my backyard wall,” Isla says. 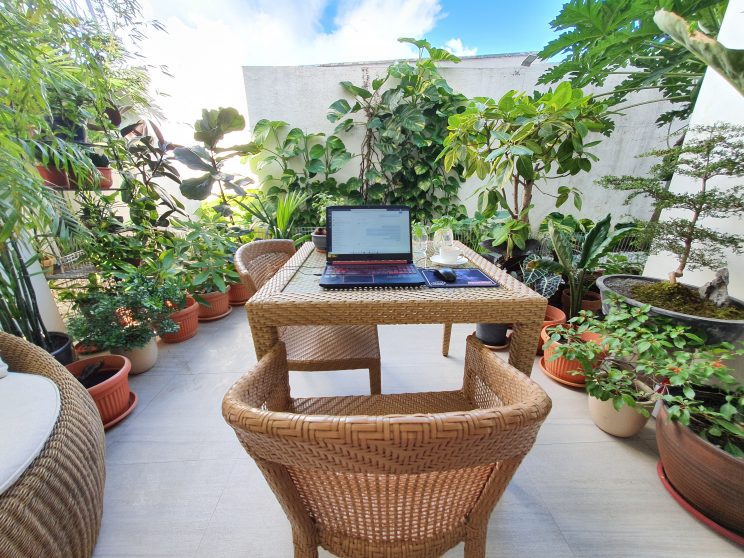 It all started with a four-inch money tree that he bought at the mall, which his son named Roger. At present, Roger is still growing healthily and as per Isla, it is a good conversational piece. Aside from Roger the money tree, Isla cultivates ornamental plants like Alocasia or elephant ear, varieties of rubber tree (Ficus elastica) such as burgundy rubber tree, golden pothos (Epipremnum aureum), Philodendron Black Cardinal, red kalachuchi, and travelers palm (Ravenala madagascariensis). 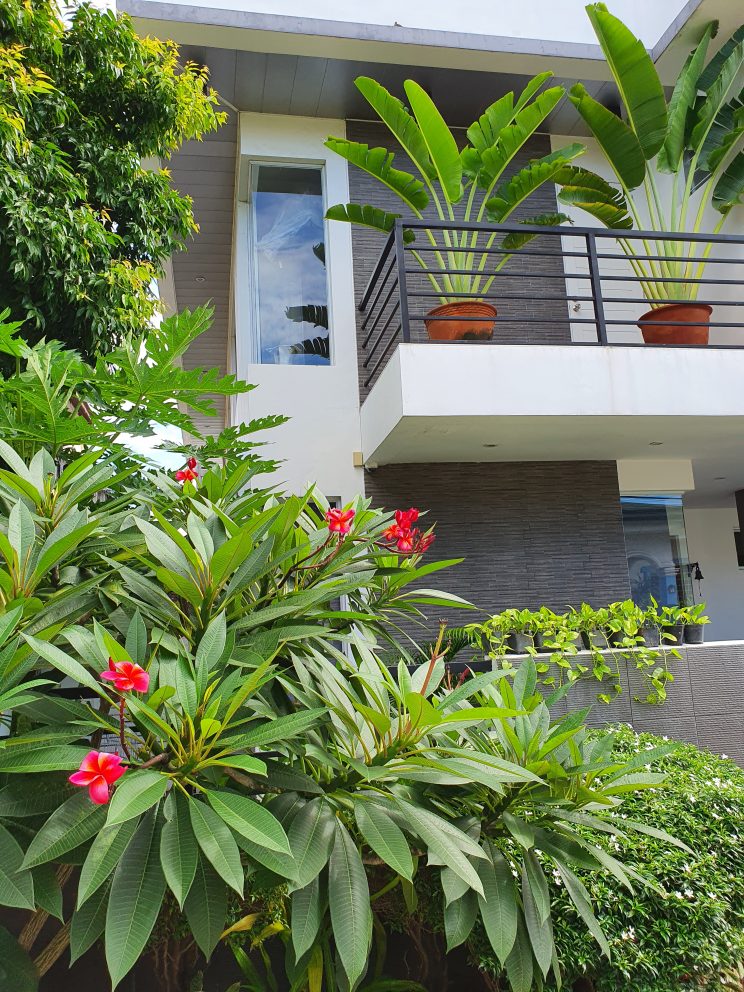 Isla’s red kalachuchi and traveler’s palms can be seen in his Parañaque home’s facade.

Isla’s favorites are those that are easily propagated, like his elephant ears, lemon lime rubber tree, as well as his giant golden pothos. Most of his plants started small, he explains: “It’s more rewarding to see them grow. Instead of buying a big, mature one.”

Isla’s golden pothos was given by his mother as a gift, which was then planted in a pot. He transferred the pothos on the ground not knowing that it could grow as big as it is today. As per Isla, the leaves of his golden pothos are now three feet long. 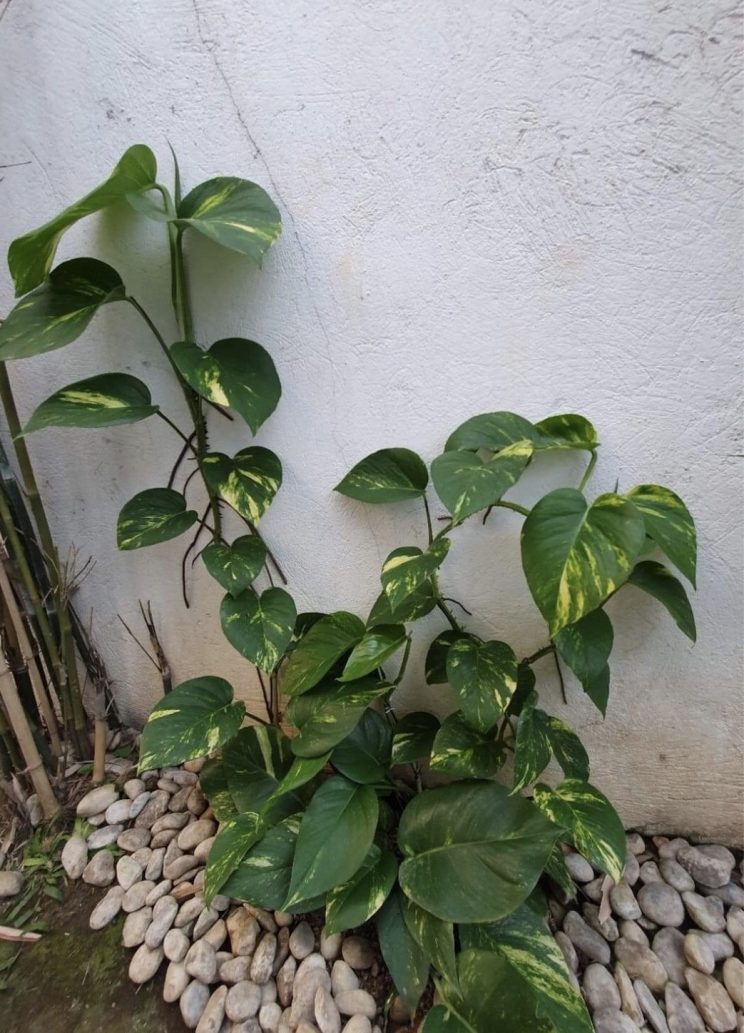 Photo of Isla’s golden pothos before it grew bigger.

For golden pothos to grow bigger, he says to consider planting them on the ground with nutrient-rich soil. Water four times a day for newly-propagated ones and twice a day for established plants. When transplanting, Isla says to cut right under a node of your pothos before replanting them. Apply Osmocote fertilizer if the golden pothos is already established. For Isla, the secret in growing larger leaves is to plant them against a concrete wall for them to have a strong anchor.

He adds, “Wooden planks or ropes won’t come up with the same results. Any little movement in the aerial roots will be felt by the plant and will make them grow smaller leaves. At first, you can use cable clamps to guide them up the wall. Once the plant gets a grip on the wall, it can already climb on its own.” For the location, find a place with bright light, direct morning sun, but not a spot with direct afternoon sun.

Growing food in the backyard

Isla’s backyard garden is not limited to ornamental plants. This year, during the quarantine, he was able to expand his garden by adding crops for his family’s consumption. 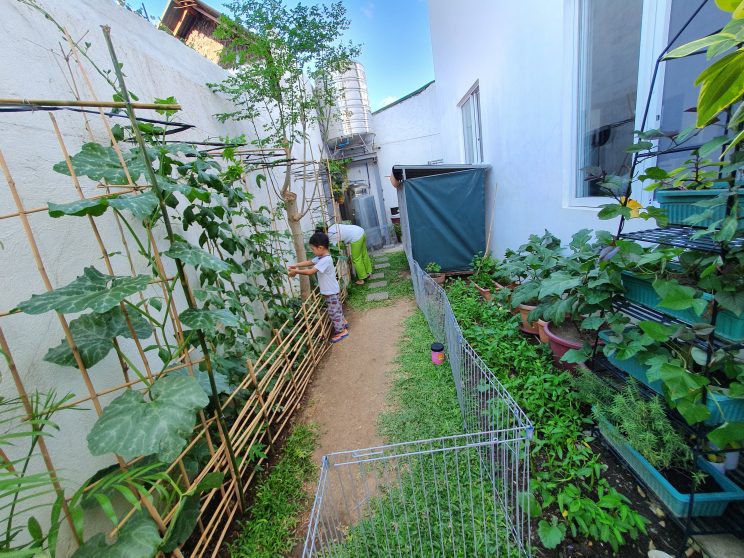 Despite the nationwide quarantine, they obtain fresh produce from the garden, which according to Isla, allows them to lessen their trips to the market.

“I had to remove some ornamental bamboos from the backyard to make space for a small vegetable patch,” Isla adds, “With God’s abundance, I was able to produce and harvest ampalaya, spinach, alugbati, eggplant, kangkong, camote tops, malunggay, siling labuyo, papaya, and different kinds of herbs including Thai basil, sweet basil, rosemary, dill, tarragon, and oregano.” Through their veggie patch, they get to have a steady supply of herbs and veggies for their home-cooked meals. 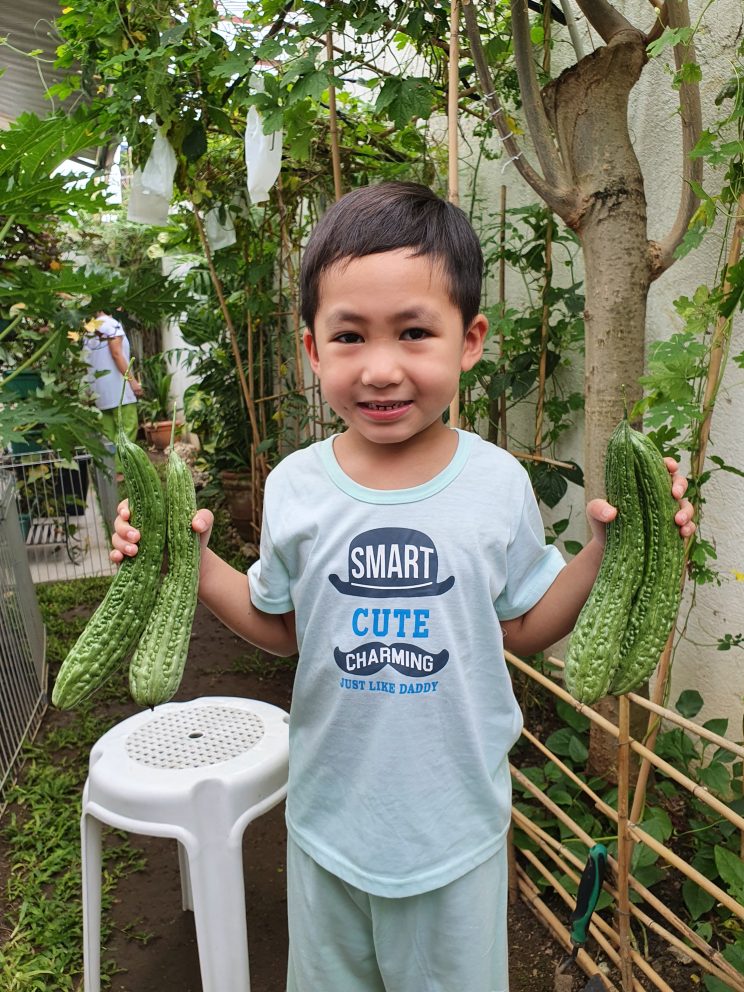 Simon, Isla’s son, holding the harvested crops from the garden during the community quarantine period.

Isla waters the plants in the early morning and later afternoon, according to the plants’ individual needs. “For some plants, you would need to water them once a day, others that are under direct sunlight would be better off being watered twice a day. Most indoor plants would do well with less water, maybe every other day or even twice a week,” the gardener expounds, adding that watering is a common mistake for newbies.

He incorporates natural methods in his garden as much as possible. He uses natural compost, rice hull, and cocopeat to fertilize the soil.  He also uses pesticides at a minimum. Most of his garden struggles are connected to pests. First is the fruit flies that attack crops like ampalaya.  Another is the seasonal slugs and snails that devour his leafy vegetables, especially during the rainy season. For pest control, he uses fruit fly traps and slug traps that he usually purchases online. He also uses a beer trap (a cup of beer) to address pest issues on slugs and snails.

“I do most of the gardening, but we were blessed with a helper who also loves plants and so she helps me tend the garden,” he says. 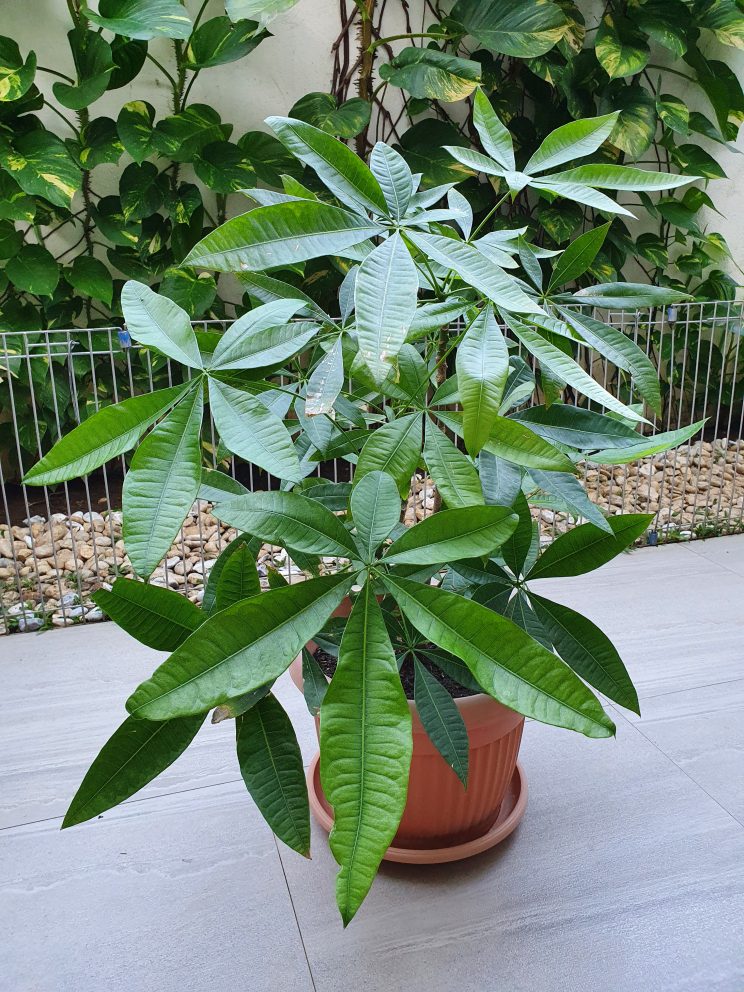 Roger, Isla’s four-year-old money tree, is the first-ever plant that he bought.

Isla shares that gardening gets more rewarding when harvests are shared with family and friends. He also gives ornamental plants away for free. “I also like visiting the plants I gave them, and seeing how much they grew from the time I gave them away.” 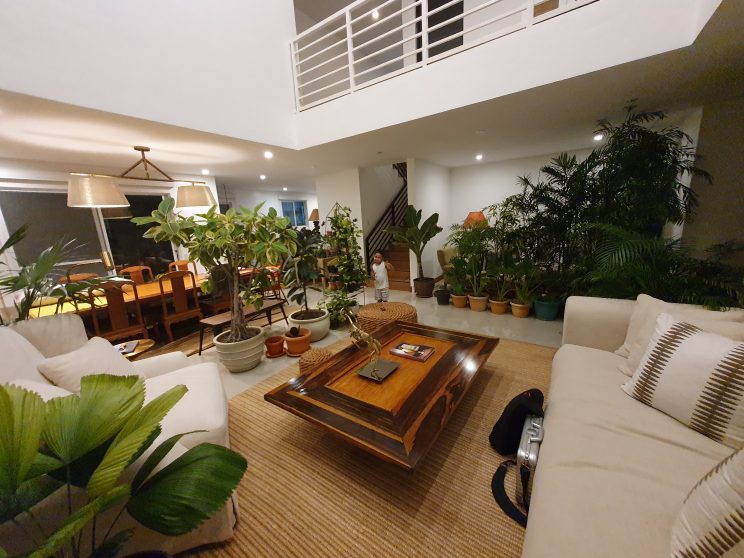 Isla brought his ornamental plants indoors to save them from the onslaught of the recent typhoons that visited the Philippines.

Now, he plans to continue the propagation of his golden pothos and multiply the giant one so that he can cover the back wall of his home. As his knowledge in gardening progresses, he is looking towards obtaining another parcel of land where he can practice small-scale farming.

Like the Islas, nature can be felt and lived within our homes. This hobbyist’s story goes to show that gardening offers more than just healthy food, but it could also mean stronger relationships and a healing environment for everyone.

Part-time bougainvillea grower earns a minimum of P20,000 a month from selling cuttings 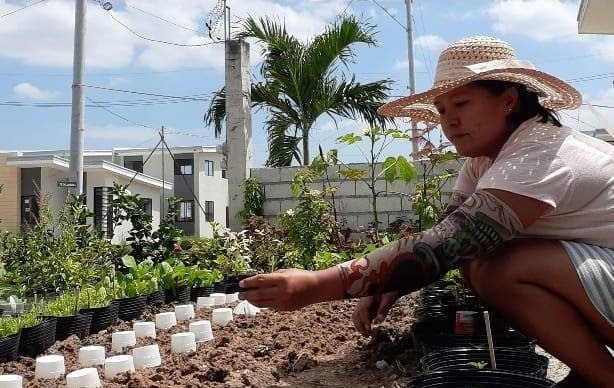 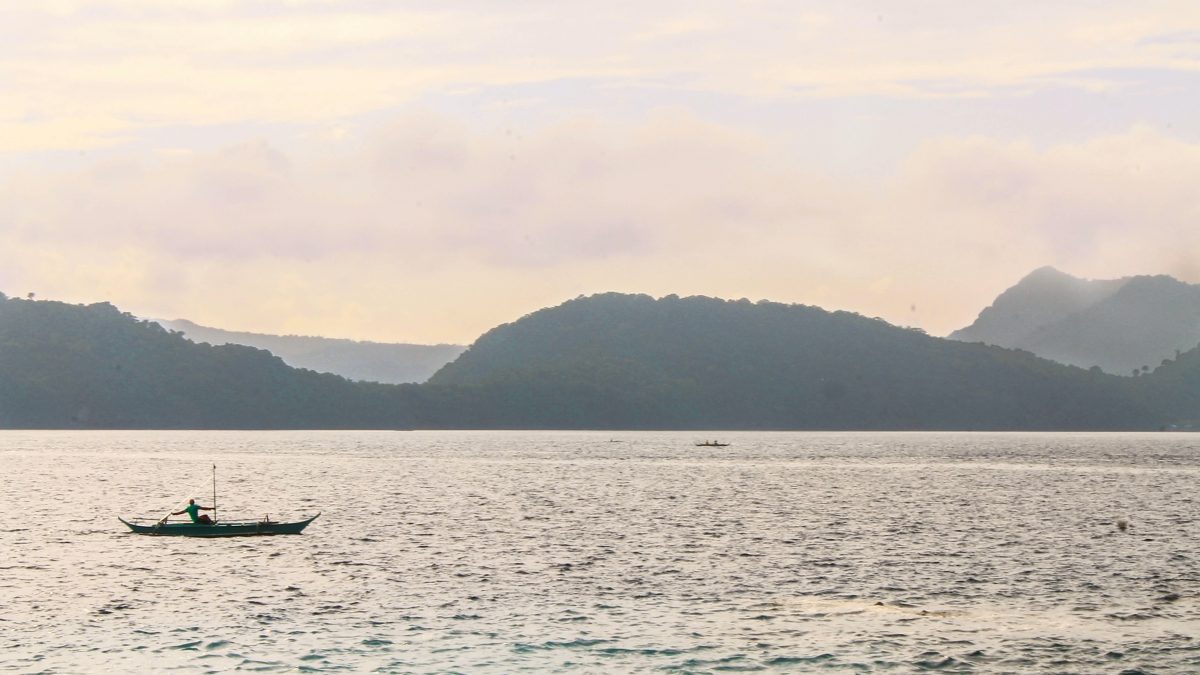