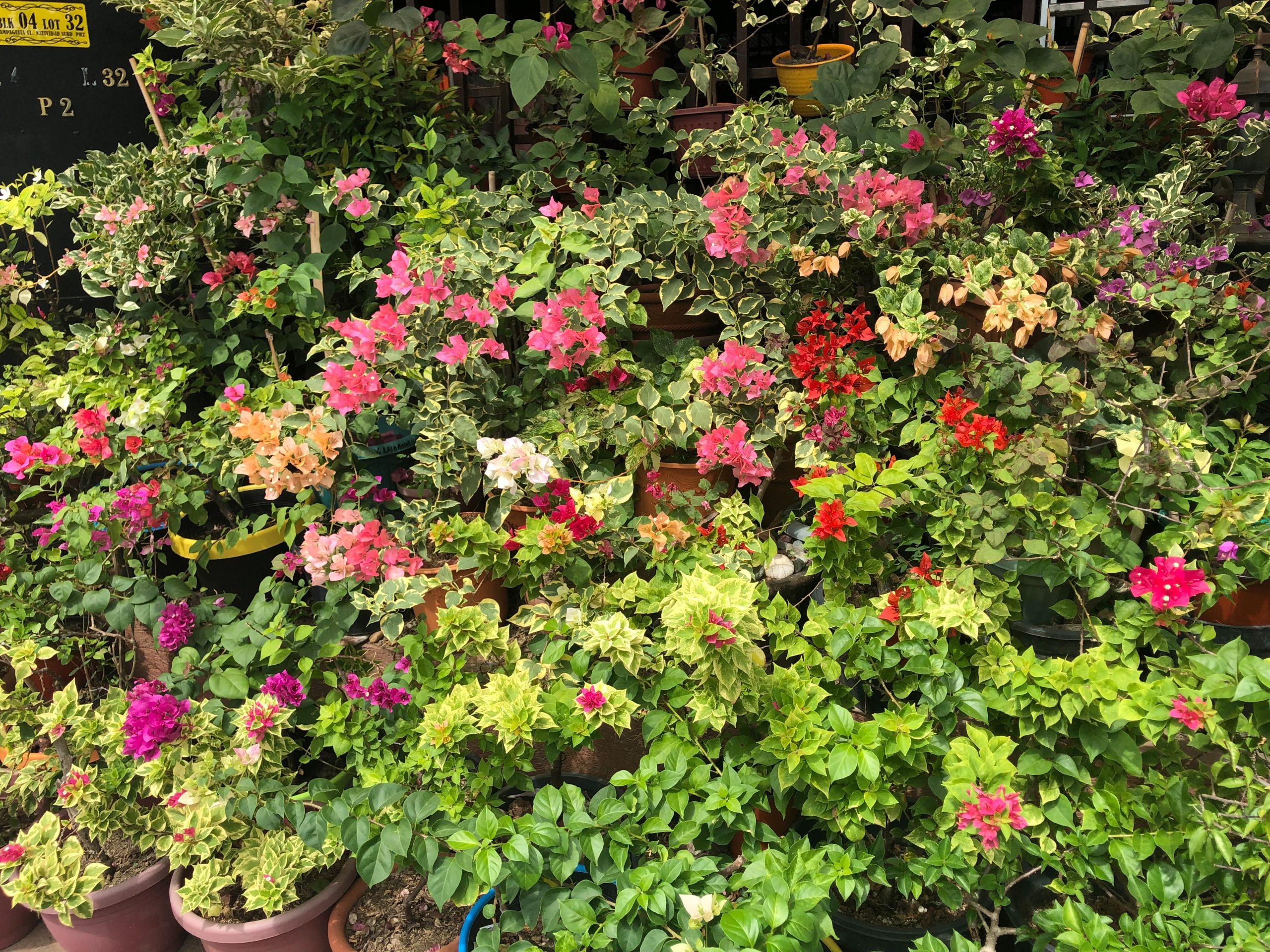 Shirley Villamor, a Caloocan gardener, prefers uncommon and imported varieties of bougainvilleas compared to those that are usually grown in the Philippines.

Shirley Villamor, an enterprise resource planning (ERP) software consultant, started gardening with a limited understanding of the practice. In hopes of pursuing a hobby that’s different from the nature of her work, she ended up developing a garden to benefit her mental health. “Gardening is my stress reliever. It helps me focus and gives me a sense of peace and serenity.”

When asked what stimulated her interest in gardening, her answer is similar to many gardeners — her mother’s influence. Another factor that contributed to this is the garden activities she has performed way back in elementary.

Villamor has been tending her garden in Deparo, Caloocan City for about six years now. It took years before Villamor was able to get the right plants that fit her garden’s climate and location.

Learning from her own experiences

Villamor admired English gardens for their colors and asymmetry, so she initially tried to mimic them by collecting plants like coleus (Plectranthus scutellarioides). However, these didn’t thrive well because her south-facing garden is exposed to morning and afternoon sun that contradicted the needs of coleus plants. 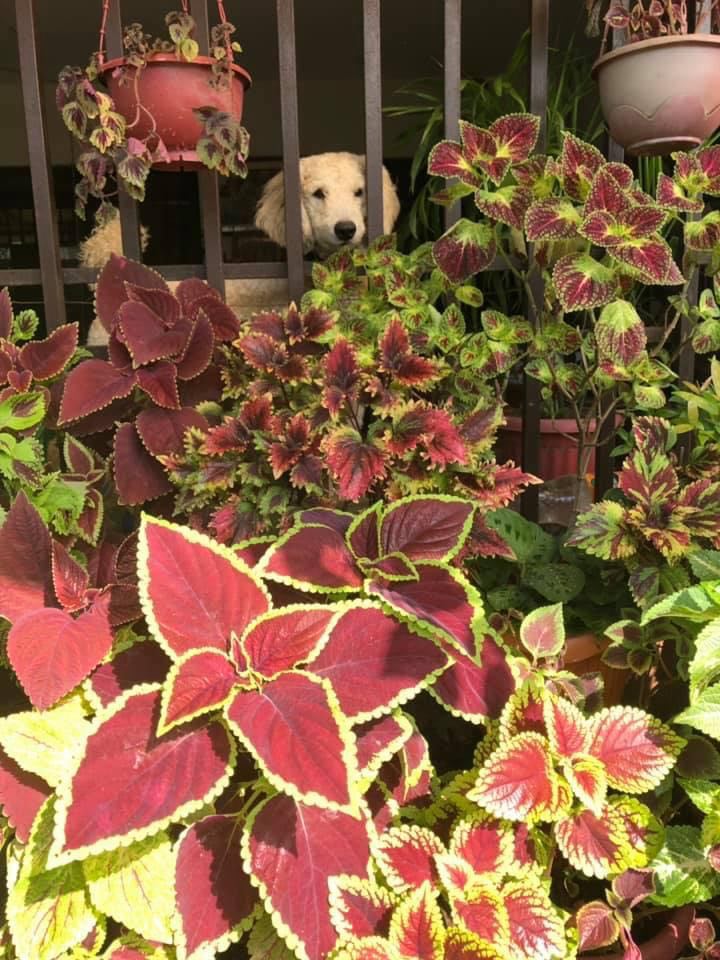 A cute photo of her dog with her previous coleus plants.

Considering the observations amassed from her early garden experiences like the duration of sun in the garden, she further studied about other plants. Her research led her to bougainvilleas or bougies. “I didn’t want the local cultivars that are giant, evergreen, and grow wildly on the neighborhood fences,” therefore, she says, “I joined a Facebook group of collectors, which introduced me to the hybrid cultivars that are dwarf, variegated, and repeat bloomers.”

From then, she familiarized herself with numerous bougainvillea varieties through research, attending exhibits, trade shows, seminars, and workshops. “I was amazed by how many varieties there are and some of them possess unique characteristics. That started me with collecting hybrid imported bougainvilleas,” she adds.

As a dog owner, another factor that urged Villamor to go for bougainvilleas is that they are non-toxic to pets. According to her, her fur babies help in securing her garden from chickens and cats that attempt to enter her home. 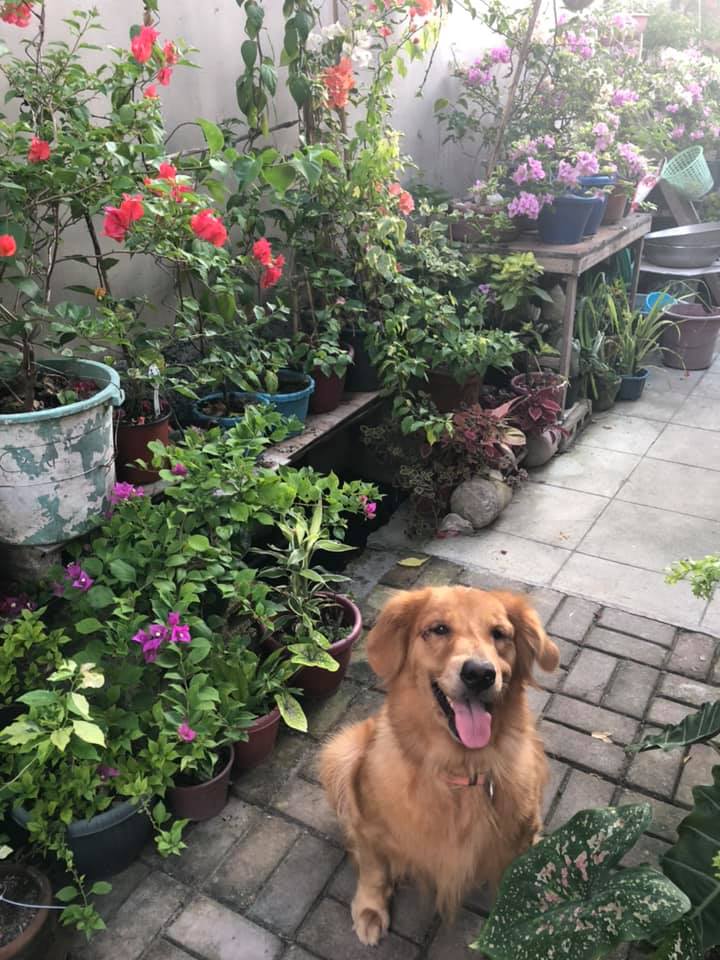 One of the reasons Villamor picked bougainvilleas is because they are non-toxic to pets. “As for my furkids, they don’t bother my plants. (It’s more like my plants bother them because of their thorns). Most of my plants are situated outside the house anyway. Away from my pets’ play area,” she said.

Villamor mainly grows bougainvillea cultivars from Malaysia, Taiwan, and India. This includes dwarf, thornless, and rare varieties. For this bougie grower, variegated, dwarf, and thornless varieties are her specialties. Since Villamor isn’t really into local cultivars that are common, she opts to collect rare ones instead. One of which is Chitra Monduring, an Indian cultivar that’s recently introduced in the country last July. Its bracts or the leaves that surround the true flowers of bougies, have shades of yellow, white, and pink. 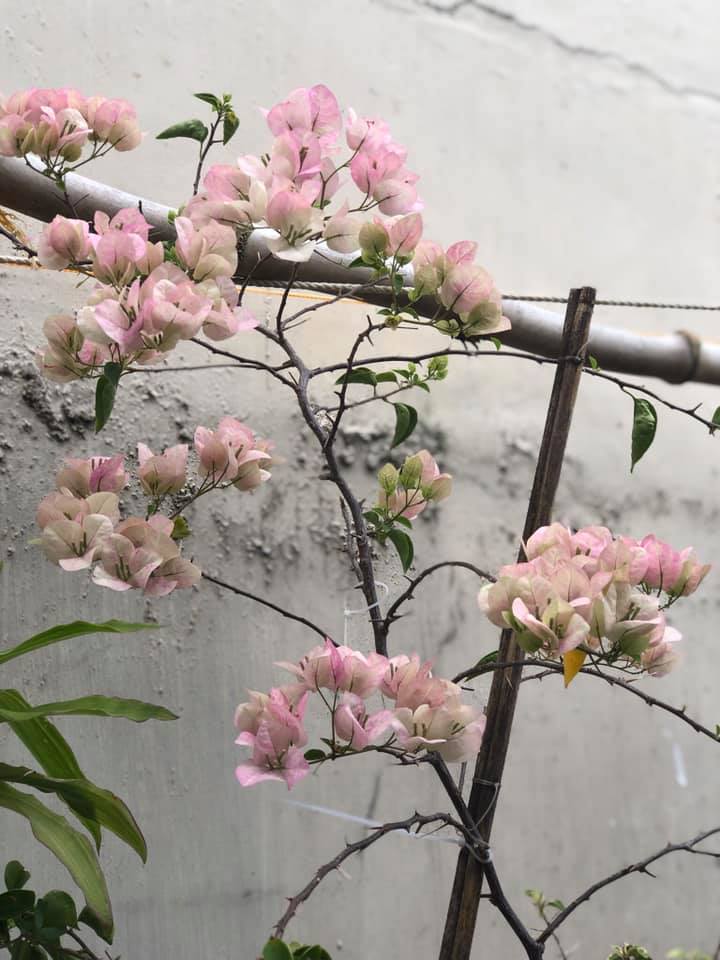 Villamor began collecting bougainvilleas two years ago and now, it grew into over 200 bougainvilleas of rare and varying types. Since bougainvilleas are heat-tolerant and drought loving plants, they do not need daily watering. Villamor only waters them depending on the weather. In terms of fertilizer, she applies slow-release fertilizer (SRF) every two weeks or so. Coffee grounds are also applied atop the soil every month as bougies love acidic soil.

It is rare for healthy bougainvilleas to have pests, which makes them even easier to maintain. In cases of pests like spider mites or aphids, Villamor only uses neem oil solution and does not use any chemical fertilizer.

Growing bougainvilleas can also be a lucrative business. Although most of Villamor’s plants are only for collection, she still propagates her plants and sells cuttings via online groups. Villamor mainly offers cuttings than mother plants. She only sells some mother plants when she’s running out of space. Price ranges depending on the variety. Rare ones cost thousands, which varies depending on the demand and rarity of the plant.

In a month, Villamor can earn from P20,000 to P30,000, depending on the supply and volume of orders. This changes since she’s only a part-time seller. Villamor believes that plant prices must be regulated and monitored by the government to avoid plant overpricing, especially that a lot of sellers tend to take advantage of gardening newbies.

Unavailability and restriction in space is by far the major challenge in tending her bougainvillea garden. Villamor is planning for a garden expansion by adding a roof deck in her Caloocan residence as well as by adding bougainvilleas on her farm in the province.

For over six years in gardening, what encapsulates her journey is the importance of research. She had to face obstacles and failures before she learned the correct plants that suit in the environment she now has.