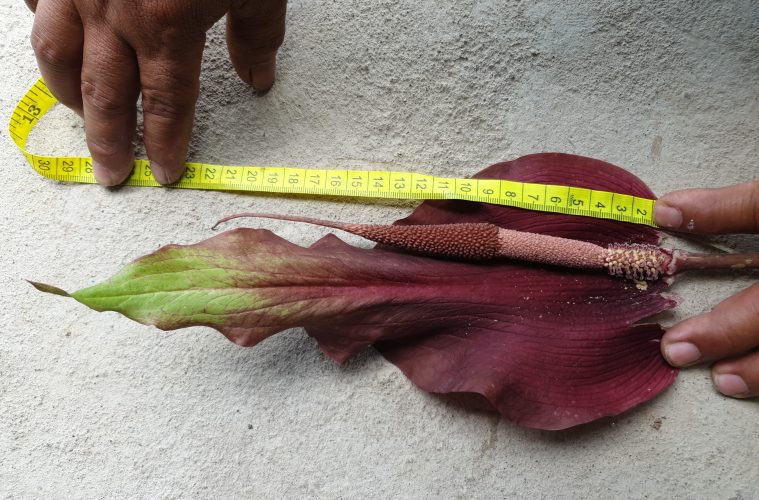 11 new plant species discovered in the Philippines in 2020

The Philippines has long been known as a center of biodiversity. 11 new plant discoveries in the country were published in international scientific journals in 2020, adding to the extensive list of flora endemic to its shores.

The plants were discovered and/or published by members of the Philippine Taxonomic Initiative (PTI), a non-profit, non-government organization dedicated to autonomously advancing the discovery and documentation of the country’s plants and animals. Here they are: 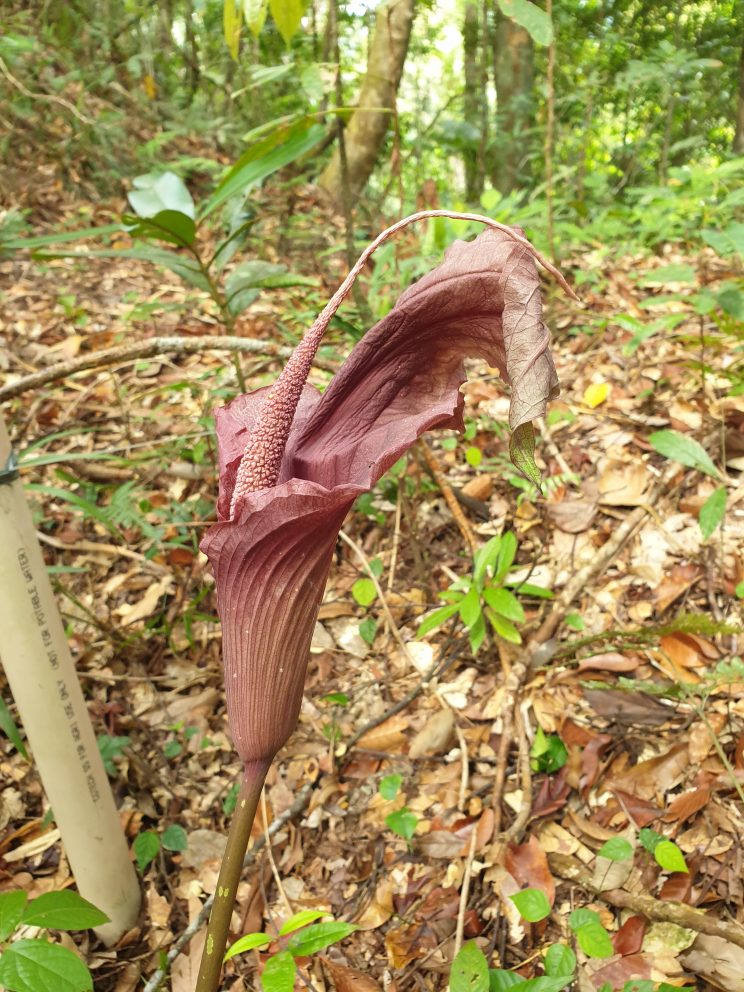 Amorphophallus caudatus is the 17th species of its kind found in the Philippines. It was discovered in the lowland forests of the Abasig-Matogdon-Mananap Natural Biotic Area (AMMNBA) in Camarines Norte. According to an article from PTI, “Amorphophallus caudatus resembles Amorphophallus luzoniensis by exhibiting a verruculose spadix, meaning it appears covered with medium-sized growths… Prior to the finding, A. luzoniensis and A. salmoneus were the only Philippine Amorphophallus species known to have verruculose spadices.” Less than 250 specimens were found in one area, making it a critically endangered species. The discovery was published in the Nordic Journal of Botany. 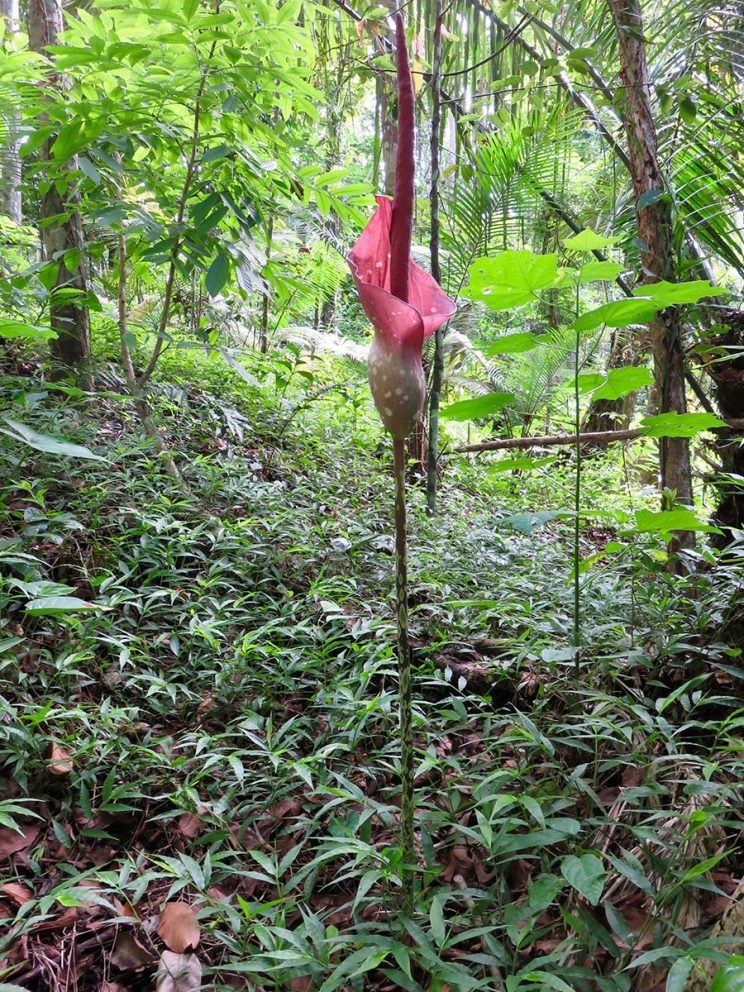 Amorphophallus longispathaceus samples have been found in places like the Abulug River in Cagayan province and Mt. Apo in Davao. Though discovered as far back as 1915, it wasn’t recognized until this year due to a lack of specimens. Aside from the mentioned places, it has also been observed in Isabela, Zambales, Samar, and other provinces across the archipelago. It is one of 17 species of Amorphophallus endemic to the Philippines. The findings were published in the Journal of Plant Taxonomy and Geography. 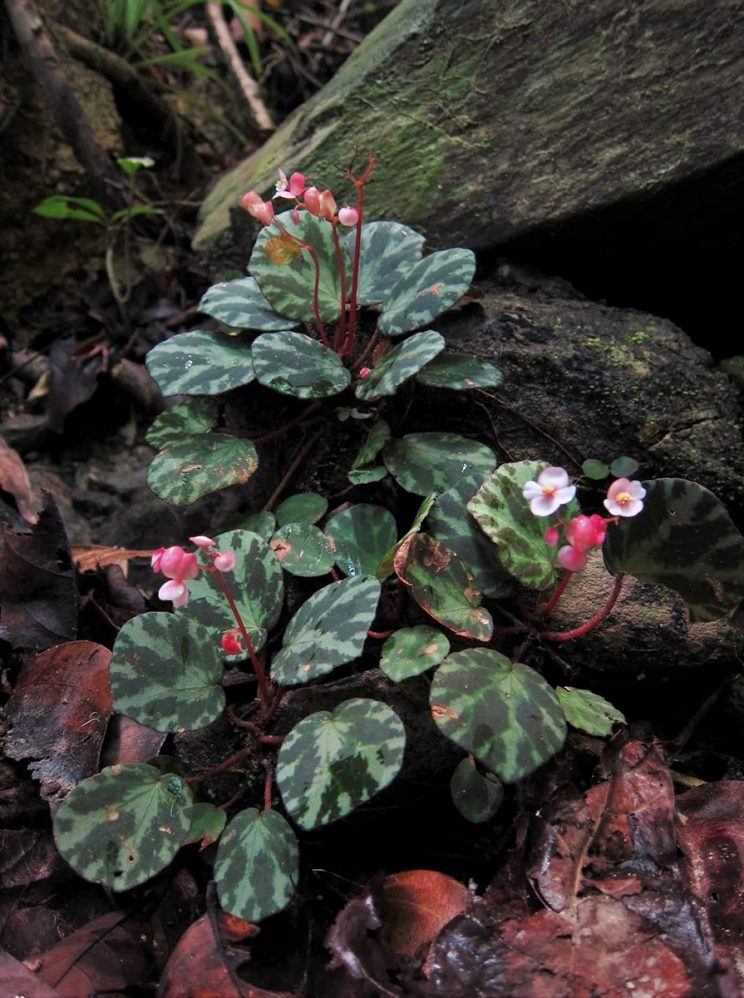 Begonia beijnenii is endemic to the municipality of San Vicente, Palawan. It is characterized by its small size, pink flowers, and striped leaves. It is named after Dutch environmentalist Jonah van Beijnen, who noticed it growing out of a limestone cropping during a trek along a river in the seaside town of Port Barton in 2012. This species is the 24th that has been discovered in Palawan. 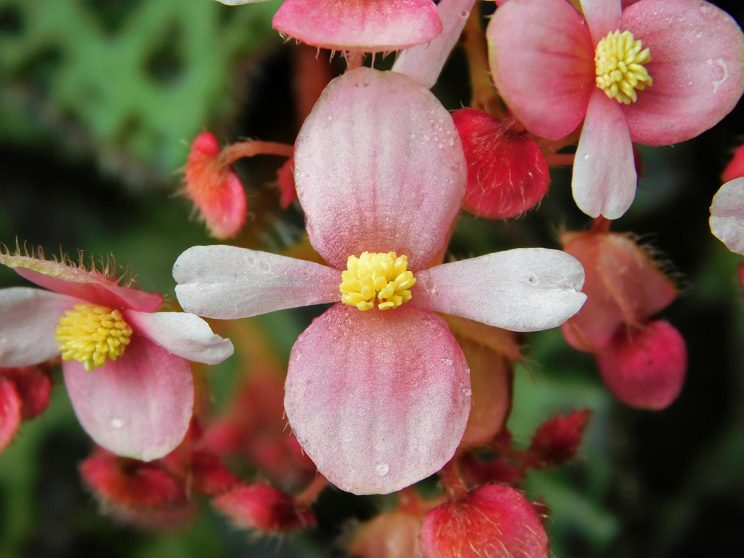 Discovered in 2017, Begonia cabanillasii is one of six species endemic to El Nido, Palawan. John Michael Agcaoili of the PTI, one of the authors of the paper published in international scientific journal Phytotaxa, described the discovery in a previous article in Manila Bulletin: “It has a unique 5-winged ovary which is the type of characteristic that can only be found in Palawan species. This is also the third species known to have such character within Section Baryandra.” The species is named after naturalist and citizen scientist William “Will” Cabanillas in honor of his role in the discovery of many species endemic to Palawan. 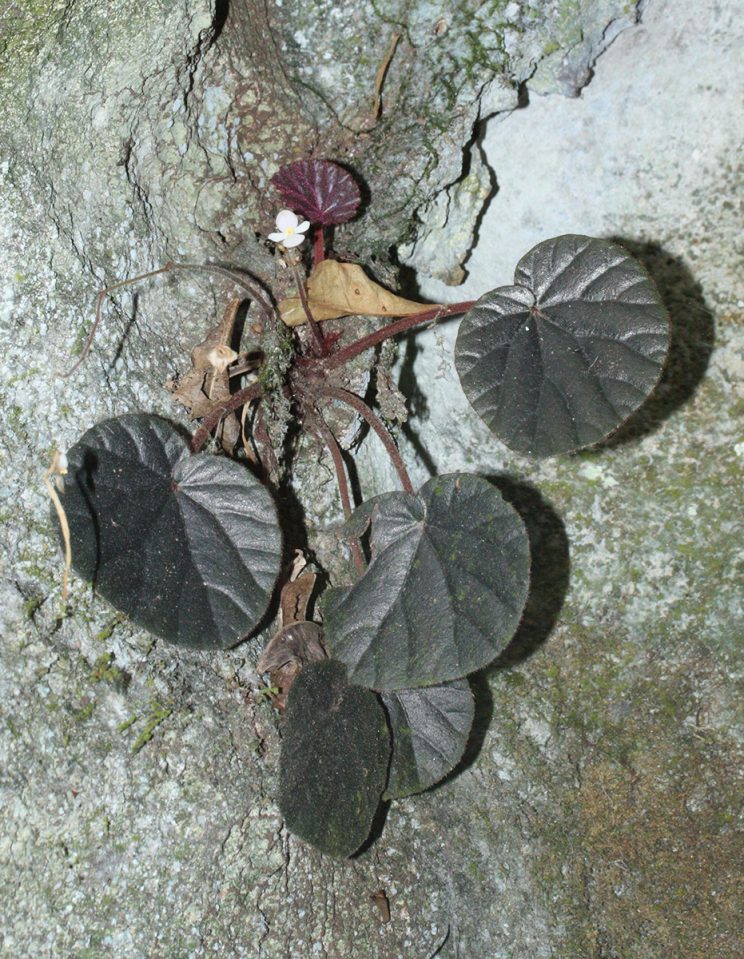 Begonia caramoanensis was discovered in 2016 growing in the limestone formations of Caramoan. Unlike its brightly colored cousins, this plant’s olive green, almost black leaves help it take in as much sunlight as it can given its shaded surroundings. This discovery highlights the need to include rarely explored areas, as these are likely to contain undiscovered species. Also important is the need for public support and environmental conservation so that new species do not go extinct before they are discovered and catalogued. 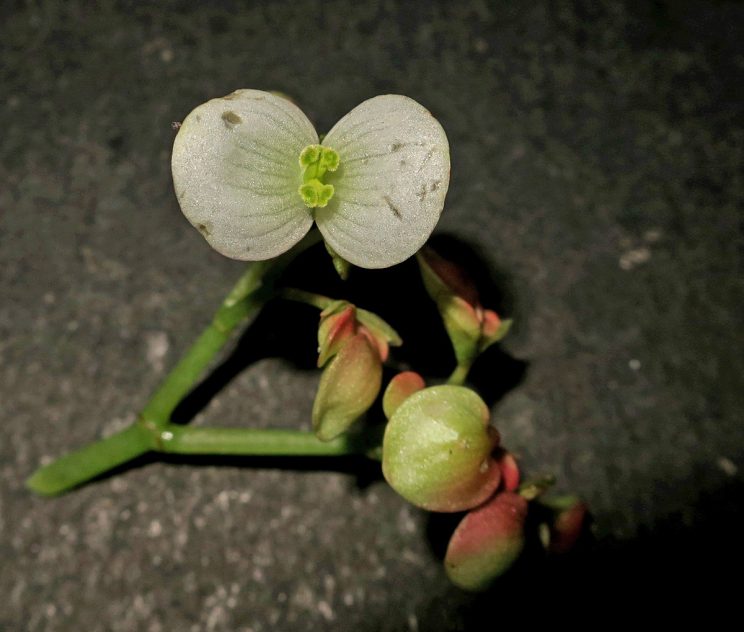 Discovered along the limestone walls on the Daywan/Baoy River in Surigao del Norte in 2017, Begonia makuruyot is named after the Surigaonon adjective for wrinkled, in reference to its appearance. Due to its limited habitat, which is also under threat from human activity, it has been deemed critically endangered by experts. Its discovery was published in the international research journal Biotaxa. 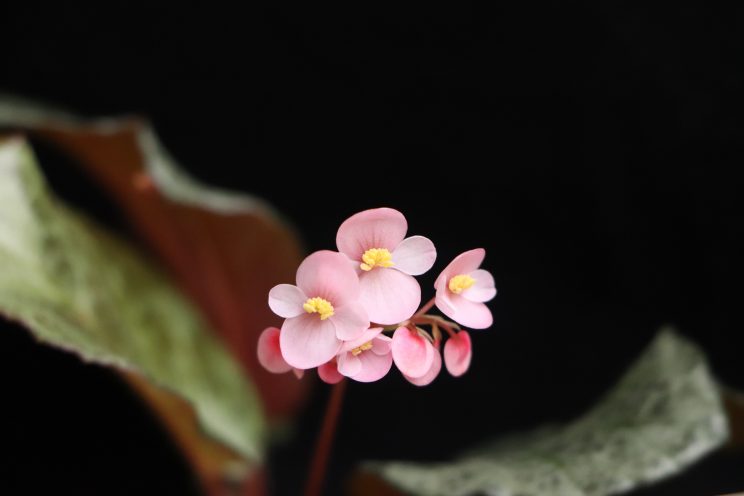 Discovered near a waterfall in San Vicente, Palawan, Begonia truncatifolia is similar in appearance to B. blancii in that they both have spathulate leaves, but is distinct because, among other minute differences, the newly discovered plant is smaller. Though most specimens have plain green leaves, variegated ones with different markings have also been found. Though first observed in 2011, its discovery was published this year in the international scientific journal Phytotaxa. 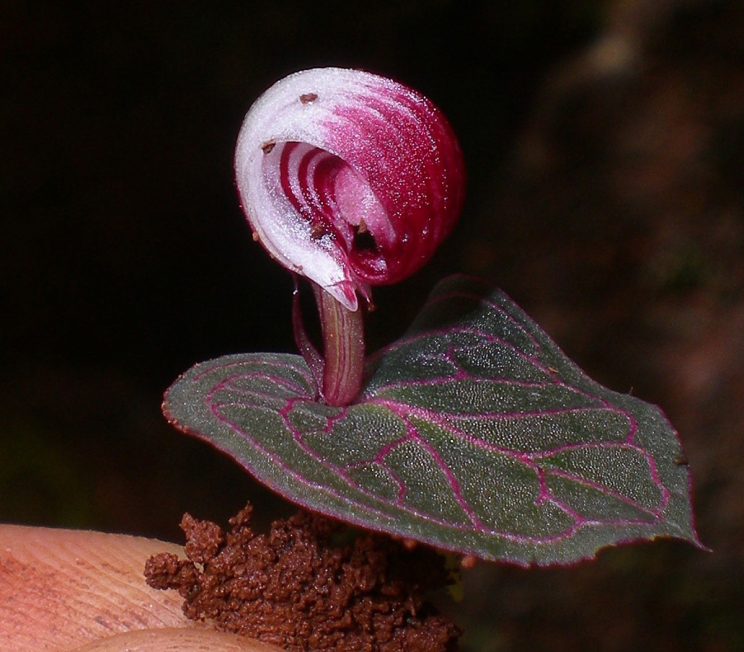 The helmet orchid Corybas circinatus was first discovered in 2007 in Palawan, the second Corybas species discovered in the area. The orchid has since been seen in five other locations around Palawan but remains endemic to the area. Like the other flora on this list, this discovery highlights the importance of environmental and wildlife conservation as there are many more species yet to be discovered. 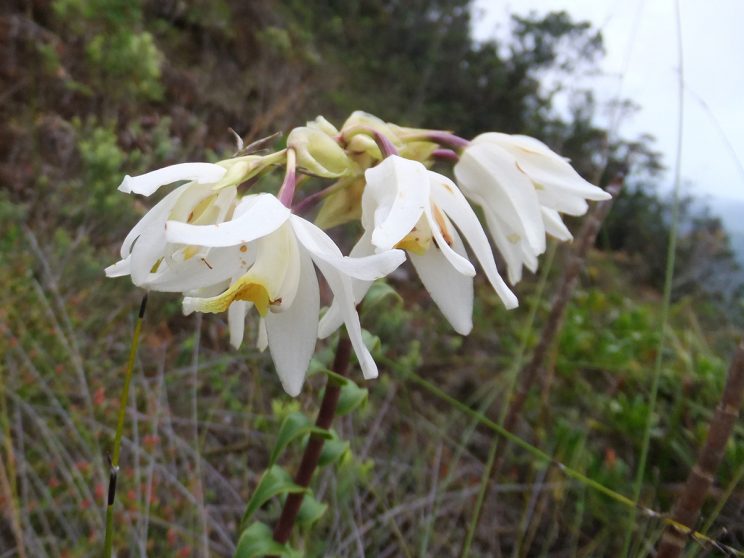 First discovered in 2016, Dilochia deleoniae is a new species of orchid found in the Mount Hamiguitan Range Wildlife Sanctuary in Mindanao. According to the research article, it can be differentiated from others of its species by its “monopodial in-florescence, rarely branching in two, and a pale yellow to dull orange or brownish-yellow labellum devoid of purple spots.” It can be found in pygmy forest systems, which are characterized by high elevation and poor soil, and is home to small types of flora and fauna. The orchid Dendrochilum ignisiflorum was discovered in the mossy forests of Mount Komkompol in the Upper Agno River Basin Resource Reserve (UARBRR) in Benguet. Its name is a combination of the Latin words “ignis” (fire) and “flores” (flower), in reference to its brightly colored flowers. It is endemic to Luzon, and is one of around 120 species of Dendrochilum found in the Philippines, 94% of which are endemic to the country. 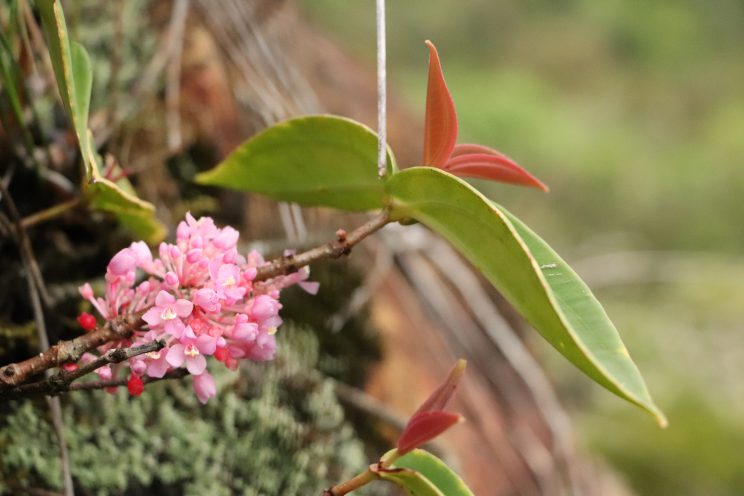 Medinilla ultramaficola was first discovered in Central Palawan the 1980s but has only recently been rediscovered and recognized as a new species. The shrub is about two feet tall and belongs to the second largest genus in the family Melastomataceae, which contains about 400 species. It was named after its highly specific, mineral rich habitat. Its discovery was published in the journal Systematic Botany. The same paper covered the discovery of M. simplicymosa, which was worked on by a PTI colleague.