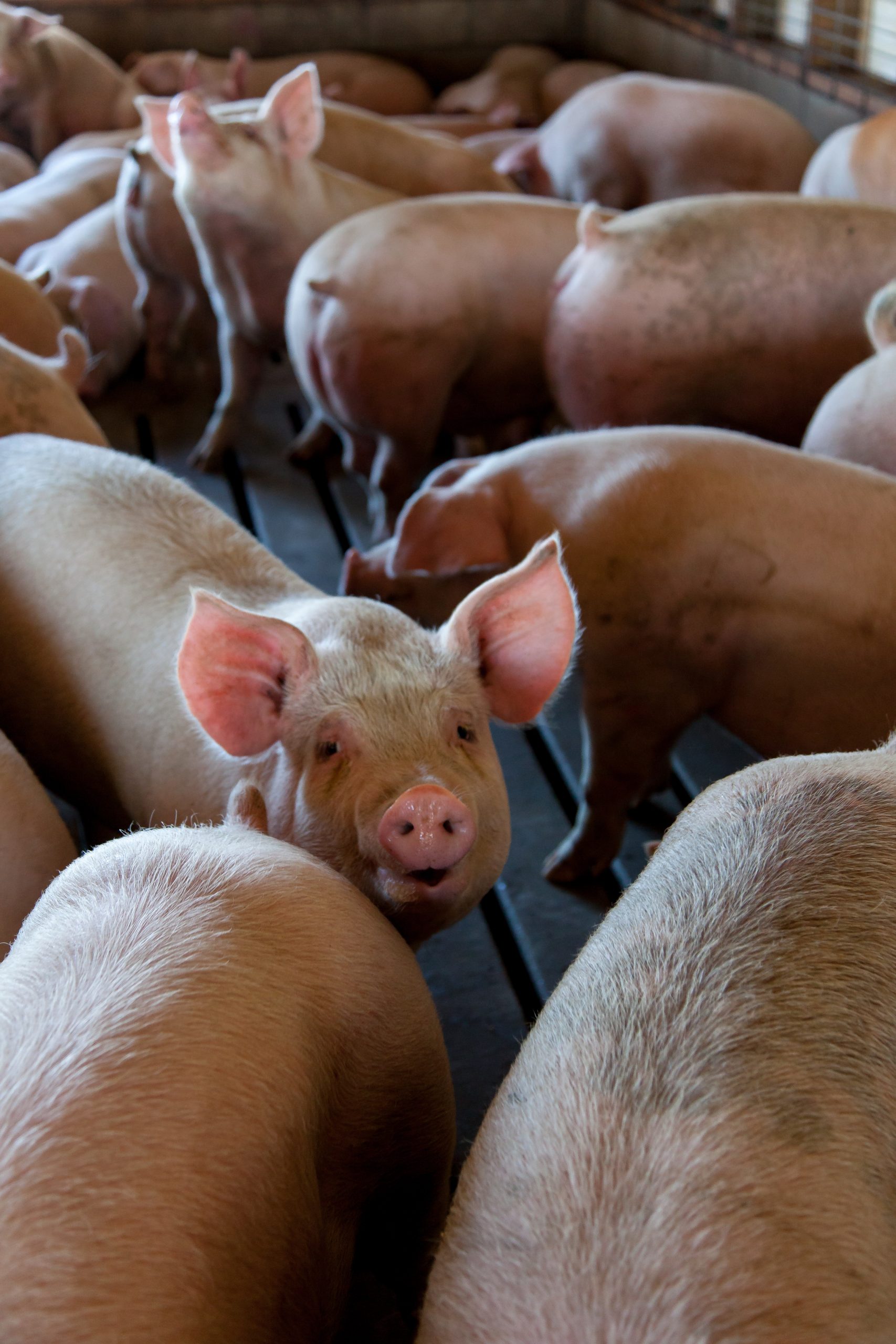 Piglets fed with probiotic Enterococcus faecium (strain NCIMB 10415) had reduced numbers of the potentially pathogenic Escherichia coli strains in their intestines, according to a team of German researchers. This research is important because in 2006, the European Union prohibited the feeding of antibiotics to livestock as growth promoters.

Thus the research team sought to investigate whether probiotics could substitute for antibiotics in reducing pathogen populations in the intestines, said the study’s first author Carmen Bednorz of Freie Universitat Berlin, Germany. The study was published ahead of seeing print in the journal Applied and Environmental Microbiology (2013; DOI: 10.1128/AEM.03 138-13).

“We found a clear reduction of E. coli strains possessing typical genes for extra-intestinal pathogenic E. coli (ExPEC),” says Bednorz. The reduction was particularly noticeable in strains that adhere to the intestinal mucosa (and less so in the feces), which was “very interesting,” she says, because, “ExPEC typically harbor a lot of adhesion genes that promote colonization of the mucosa.”

Antimicrobials are thought to promote growth in industrially grown livestock because without them, the rationale goes, in such close quarters, a surfeit of pathogens would slow growth. “Our data suggest that the feeding of probiotics could substitute for antimicrobials as growth promoters,” says Bednorz. “This could help to reduce the burden of antimicrobial resistance,” she adds.

In previous studies, the working groups from the Institute of Microbiology and Epizootics at Freie Universitat Berlin found that feeding E. faecium probiotic did not change the general swine intestinal microbiota, but reduced infections by Chlamydia spp. and pathogenic E. coli, according to the report.

In the study, Bednorz and her collaborators (S. Guenther, K. Oelgeschlager, B. Kinnemann, R. Pieper, S. Hartmann, K. Tedin, T. Semmier, K. Neumann, P. Schierack, A. Bethe, and L.H. Wieler) compared piglets fed with E. faecium to those in a control group. They collected more than 1,400 samples of E. coli from piglets of different ages, and from different parts of the intestine.

While a number of strains of E. coli are pathogenic, non-pathogenic E. coli “contributes to the maintenance of the microbial gut balance,” according to the report. These were relatively unaffected by the feeding of E. faecium, which “did not influence the overall intestinal E. coli diversity, corroborating previous data,” according to the report. Thus, the researchers conclude, the results suggest that E. faecium inhibits pathogenic E. coli from becoming attached to the intestinal mucosa.

The virus, affecting mostly young piglets, likely originated in the country’s Anhui province, west of Shanghai. It may have evolved from a virus seen in bats, according to a recent publication by a colloquium of researchers in the United States, the United Kingdom and China.

Press agency Reuters reported that earlier, investigators and veterinary researchers already pointed to China, having disclosed a 99.5% similarity to PED virus identified in the Asian country. Exactly where in China it came from was still a mystery.

The report published in the American Academy of Microbiology journal mBio explains how the researchers extracted strains of PED virus (PEDv) from infected animals in Minnesota and Iowa.

They then compared the genetic code of the virus in these samples to PEDv samples isolated in Anhui province during an outbreak of the disease in the late 2010.

“The three emergent US strains are most closely related to a strain isolated in 2012 from Anhui Province in China, which might be the result of multiple recombination events of different genetic lineages or sublineages of PEDV,” according to the report.

The report continues, “Molecular clock analysis of the divergent time based on the complete genomic sequences is consistent with the actual time difference, approximately two to three years, of the PED outbreak between China (December 2010) and the United States (May 2013).”

Is it safe to garden when pregnant?

Plant collector finds beauty in the symmetry of his stapeliads