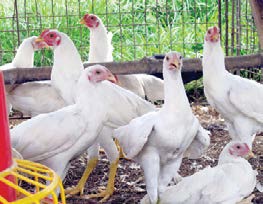 The white Paraoakan has a long neck and legs, a big head, and a bigger body than most native chickens.

An all-white Paraoakan chicken has been developed. It is the product of continuous judicious selection by Ernesto Abalos, a rancher with a diversified farm in San Mateo, Rizal.

The Paraoakan is from Palawan, which has the biggest strain of native chickens in the country. Ordinarily, Paraoakan comes in various colors, but most of them have dark or reddish feathers. Abalos has been growing mostly the black Paraoakan over the past several years.

One time, he noticed that in a batch of chicks that he incubated, there were three males and two females that developed all-white feathers when they grew bigger. This sparked his curiosity, so he segregated the five fowls to find out how they would fare. 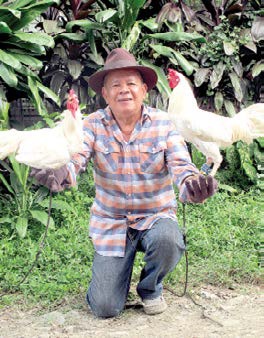 Ernesto Abalos with his white Paraoakan. This strain is very docile, not flighty

It turned out that they bred true to type. All the chicks that hatched from the eggs of the segregated females came out with all-white feathers. This motivated Abalos to multiply this strain, which exhibited the common traits of the Paraoakan: long legs and neck, big head, and a body bigger than those of the other native strains.

Abalos quipped that he is going native as a strategy in his agribusiness. Aside from native Paraoakan, he is also multiplying the native black pigs which are very hardy, prolific, and can subsist on waste products on his farm. He also grows the small-fruited native squash and the native winged bean which has short pods. They are tastier than the hybrids, he claims.

In the case of the white Paraoakan, he has observed that the fowls really love eating the green leaves of Madre de Agua, an imported small tree with broad leaves that are relished not only by chickens but also by pigs, goats, and cattle. This is a fast-growing small tree that produces a lot of herbage for as long as it is fertilized with a lot of manure—something the Abalos farm has plenty of.

To promote better egg-laying among the white Paraoakan, Abalos feeds them with layer mash which he himself formulates. He has his own feed mill because he has a 40,000- leghorn layer operation aside from his Brahman cattle, native pigs, goats, and turkeys.

Why is Abalos turning to native chickens and pigs? The native chickens grow slower compared to the commercial white broilers produced by contract growers, but they are more cost-effective to raise. And they are prized for their special taste, for which consumers are willing to pay a higher price than that for white commercial broilers.

Abalos said that for meat production, the males will attain 1.2 to 1.3 kilos in six months. But that’s all right because they can subsist on small amounts of commercial feed supplemented by leafy greens of Madre de Agua and malunggay. Besides, slower-growing birds like the Paraoakan develop more muscle at the time they attain slaughter size so they are tastier than the commercially grown broilers, says Abalos. 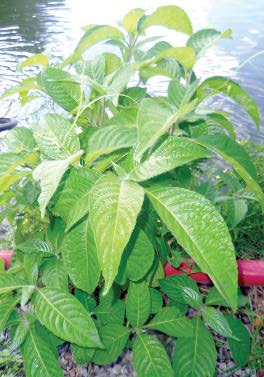 Madre de Agua is relished by Paraoakan chickens. The leaves are highly nutritious.

The Paraoakan eggs are also saleable. For instance, at the recent Agrilink trade show, Abalos sold brown Paraoakan eggs at P10 apiece, which is much higher than the price of commercial white leghorn eggs.

As of now, the white Paraoakan breeders are confined to their house and are not yet let loose on the range. That’s for Abalos’ convenience, as he wants to give them personal attention so they can reproduce much faster. For every five female hens, Abalos provides one male so that more fertile eggs will be produced for hatching. Ordinarily, the recommendation in poultry breeding farms is to provide one male for every 12 females.

As of now, his Paraoakan eggs are being hatched by a company that does custom hatching for a fee. For every egg placed in the incubator, Abalos pays six pesos, whether the egg hatches or not. Abalos reports a high hatching percentage as a result of the high number of males in the flock to inseminate the layers.

There are simple techniques that Abalos practices in taking care of his Paraoakan. To prevent the proliferation of chicken lice, he places fresh leaves of kakawate in their nests.

Like other native chickens, the Paraoakan will brood and stop laying after laying about 15 to 16 eggs. That means egg production will stop. But Abalos can prevent the occurrence of brooding by immersing the broody chicken in cold water for about one minute, with only its head above water. Abalos assures that after this, the chicken will forget about brooding after one week, and egg-laying will resume in a matter of time.

In the case of the black Paraoakan, many of them are let loose on the range where the Brahman cattle are also grazed. Sometimes, the hens lay will lay their eggs in nests they build in the grassy portion of the property. After hatching, they come out in the open with as many as 15 chicks with them.

The black Paraoakan that is let loose on the range is totally self-supporting. They usually subsist on what they can scavenge from the manure of his Brahman cattle and the insects among the grass in the field.

Aside from raising Paraoakan for meat purposes, there is also money in producing day-old chicks. The chicks are being retailed at P80 apiece, and the buyers are not complaining despite the price being more than double the price of day-old white broiler chicks.

Selling ready-to-lay Paraoakan is also lucrative. Buyers are willing to pay P800 per bird, according to Abalos. In fact, a grower from Batangas bought P50,000 worth of three-month-old black Paraoakan pullets and roosters for breeding.

Towards better production: Understanding the soil intricacies of cacao in Davao de Oro

Some pointers for aspiring small-scale farmers 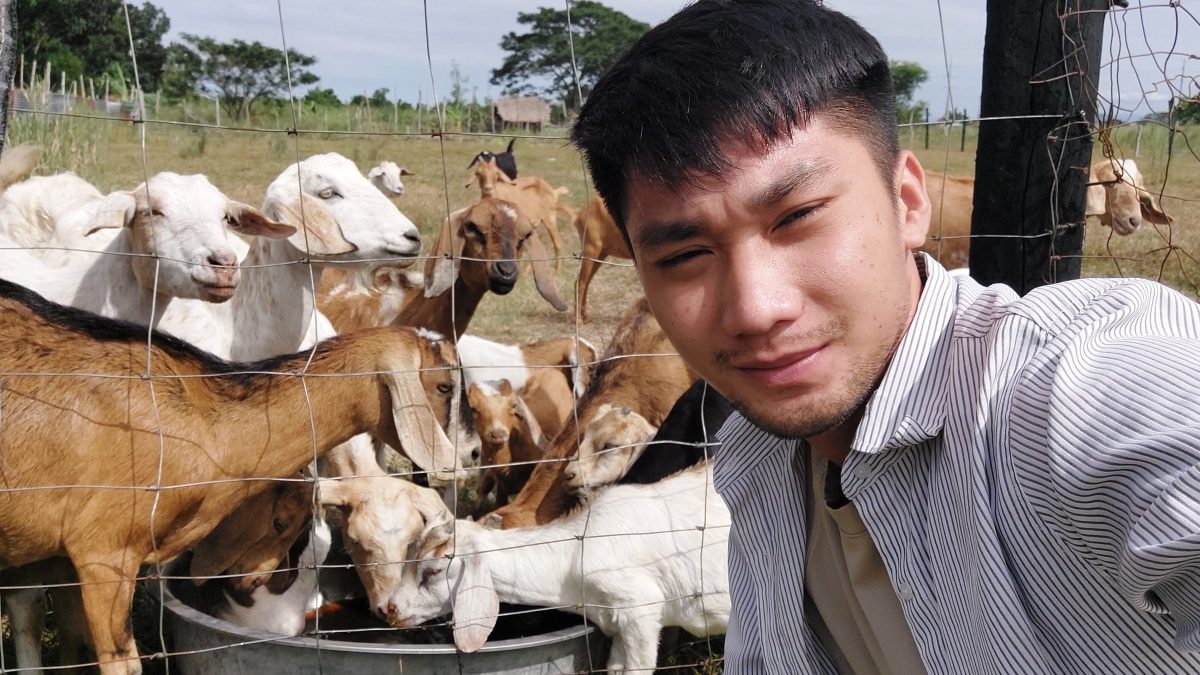