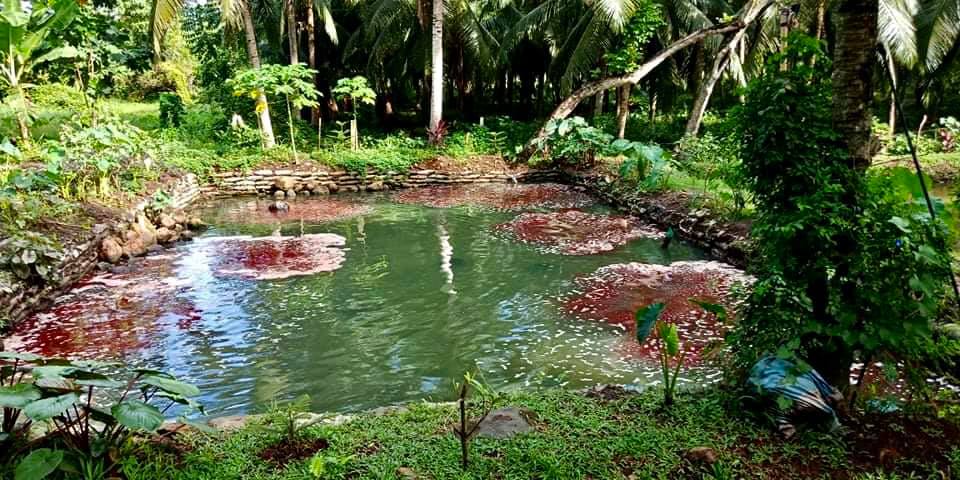 At 44-years-old, Edwin Lindo, a warehouse assistant at the Waitrose Regional Distribution Centre in the United Kingdom, has always dreamt of retiring at 55-years-old in his hometown of Davao City. With roughly 11 years to go, Lindo is halfway through realizing his dream.

“To do that, I need to find a good opportunity in the Philippines without working in a company. I want to enjoy the rest of my life before I grow old,” Lindo said.

Hailing from Davao, Lindo graduated from Ateneo de Davao with a degree in Industrial Engineering. His family relied on coconut farming as a source of income but instead of going down the same path, Lindo decided to invest in another form of farming: aquaculture.

Adapting to the market

“When I bought the farm which measures 13 thousand square meters 10 years ago, there was an existing fish pond inside it. It took me seven years to realize that I should revive the pond as my workers kept on pushing to utilize it. Then after a year, I realized that the area where my farm is located in the capital of hito (or catfish) growers in Davao City,” the OFW said. 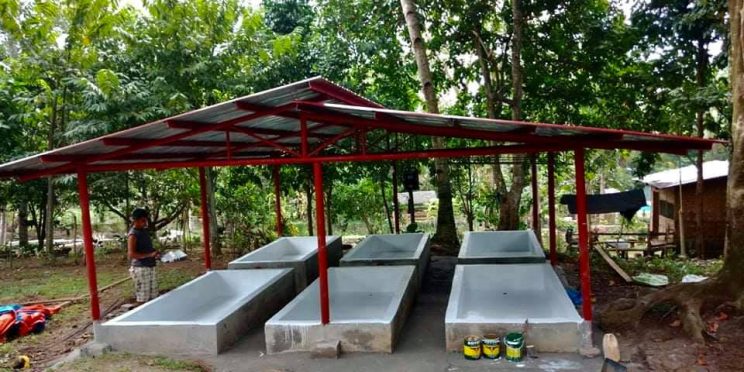 Lindo’s farm is located in an area heavily populated by hito growers so he decided to adapt to the market as well.

Being surrounded by big catfish growers, Lindo decided to follow suit and make use of the situation that he found himself in. He then worked on expanding his farm so could generate more catfish.

In December of 2020, Lindo purchased his neighbor’s 3,400 square meter farm for P2 Million. The farm had two hatcheries and seven medium ponds, but this wasn’t enough for the OFW, who wanted to secure his future.

Lindo proceeded to invest in six more tabs for hatching, as well as installing a water supply which cost him about P350,000. All eight tabs are fully operational now with six tabs currently booked by customers.

“The expansion was triggered after a discussion with my caretaker about the high demand for hatching catching in the area. Hatching via the tabs will cost the customer P2,000 and they need to provide their breeder or parent unit. We take care of the rest of the process, and after five days, the fry is ready for harvest to transfer to their ponds,” Lindo explained.

By deciding to adapt and play into the market, he received a good return on investment through catfish farming. Last year, his farm harvested 5,000 kilos of catfish which he sold for P115/kilo. 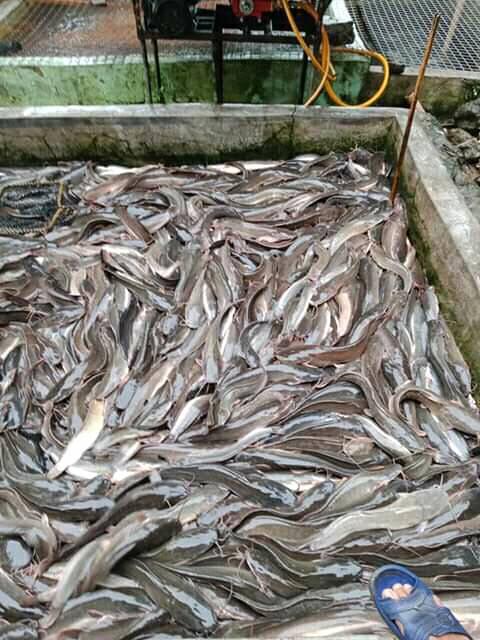 For its first harvest, Lindo’s farm amassed a total of 5,000 kilos of catfish.

Including tilapia and other elements in his farm

Aside from raising catfish, Lindo also engages in raising tilapia to maximize the use of his farm and earn more. 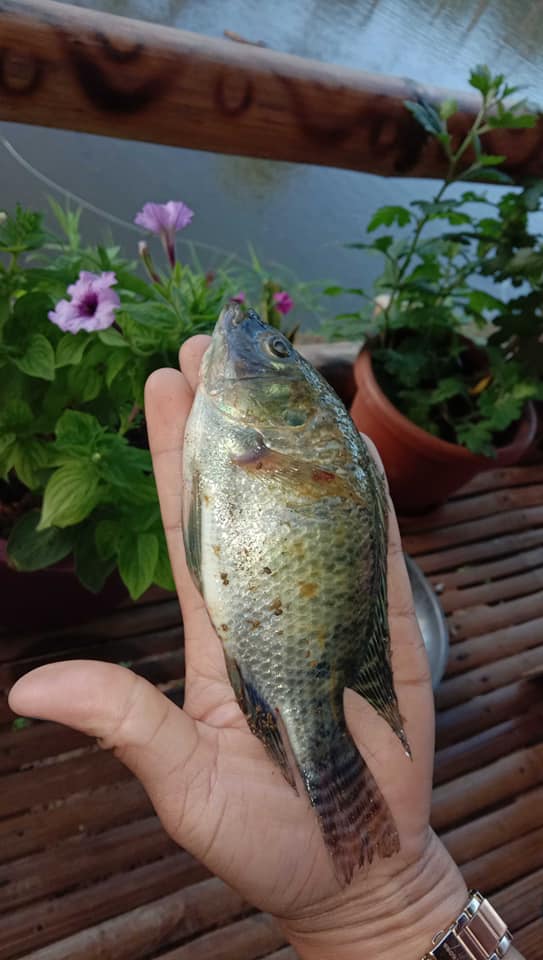 Aside from catfish, Lindo also engaged in tilapia production and rearing.

“There are ups and downs in running this business. You need a very knowledgeable worker to look after the ponds,” he said.

From his experience, raising catfish during its first three months is a very strenuous task because the fry are prone to fungus and require water replacement from time to time as well as the right feeding techniques.

But since he’s currently in the UK, Lindo has to rely on his farm workers to carry out the job. Lucky for him, he has some experienced caretakers who care for his fish in return for the care that Lindo extends unto them. 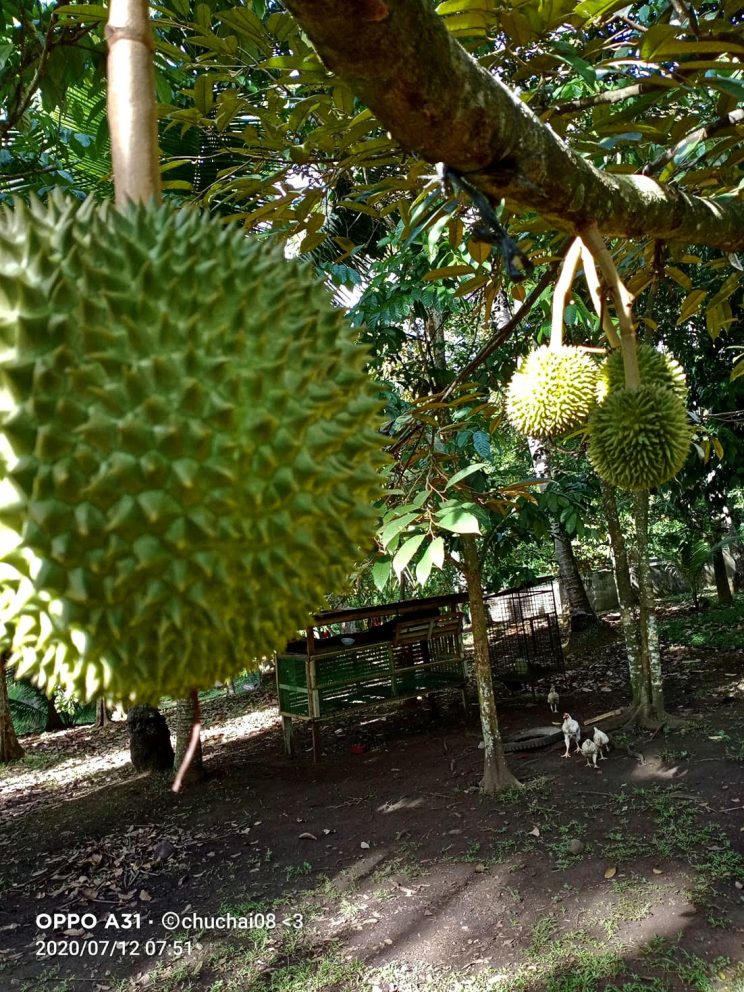 Fruits and livestock can also be found on Lindo’s farm.

Managing his farm from afar

Working overseas while his farm is at home became a very challenging task for Lindo. But he did not allow the distance to get the better of him as he used his previous experience as a regional manager before he left the Philippines to guide him when it comes to managing his farm.

“Even if I am miles away, I am the one who formulated the marketing strategy to sell my fingerlings and grown out fish. Facebook has been a big help for me because it served as a platform where I can find my customers,” Lindo said.

But aside from his contribution to his farm, Lindo also acknowledges the role that his workers play in the success of his operations.

“The secret of the farm’s success is in the workers–their skills and talent. I call them every night for at least one hour from here in the UK to ask them if there are any problems and to guide them through a plausible solution,” he said. 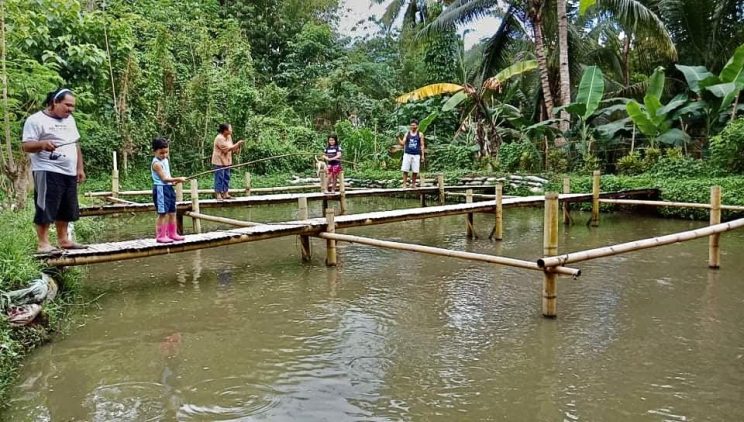 The OFW said that he plans to open the farm for fishing activities to earn more and entice more customers.

Lindo still has a long way to go before he fully realizes his dream of being able to retire at the age of 55. Through catfish and tilapia farming, Lindo has created an opportunity for himself where he not only gets a good source of income but also enjoys the company of his fellow locals in the comfort of home.

Click here to read Lindo’s tips on starting an agribusiness.

Four points to consider when starting an agribusiness