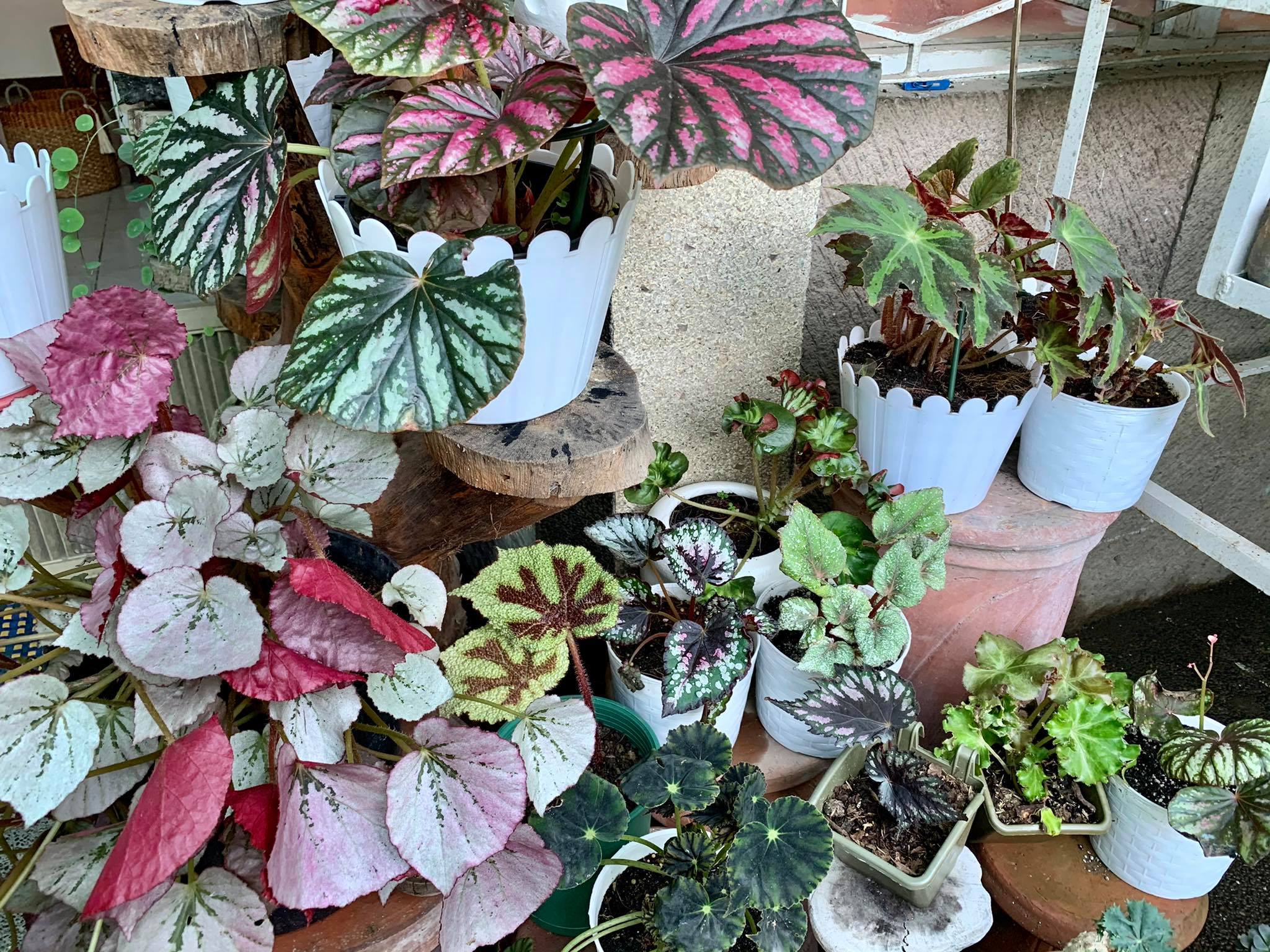 Begonias are feature bright, colorful leaves that vary from one specie to another.

Begonias are one of the most popular and highly cultivated house plants today. These are native to tropical regions around the world such as Central and South America, Asia, and Africa. Planted either as indoor or outdoor plants, these are known for their leaf forms and blooms that vary for each species.

This striking characteristic is what made Jeanelyn Sevilla, a homemaker, decide to grow the colorful plants.

“Begonias have different kinds of leaves [and it’s] as if every leaf has a story to tell. They are amazing,” she said. 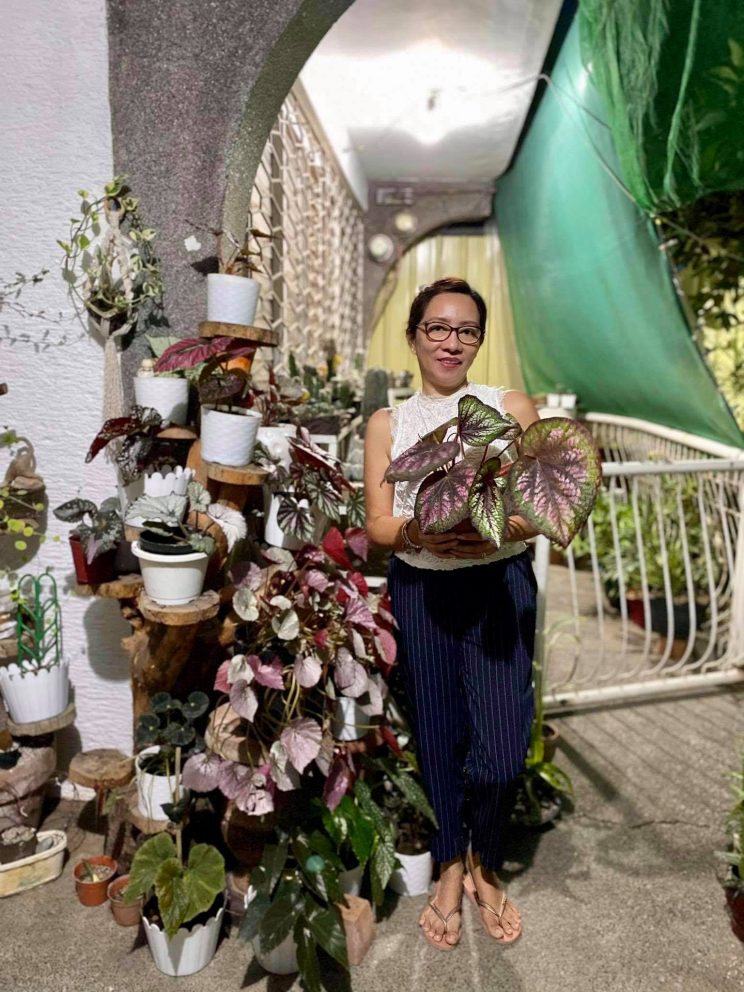 Jeanelyn Dungo Sevilla is a homemaker that prefers to grow begonias.

Sevilla currently cares for 47 different varieties of begonias which include Iron Cross, Lonely Rock, Flamingo Soul, Fireworks, Jurassic Watermelon, Pink Pop, and Escargot among many others.

In caring for her begonias, Sevilla uses a potting mix that’s composed of peat moss, perlite, a small amount of rice hull, vermicast, and a root-uptake insecticide called Starkle G. She places the plants in a very bright and airy place in her garden, where only morning sunlight touches their leaves. 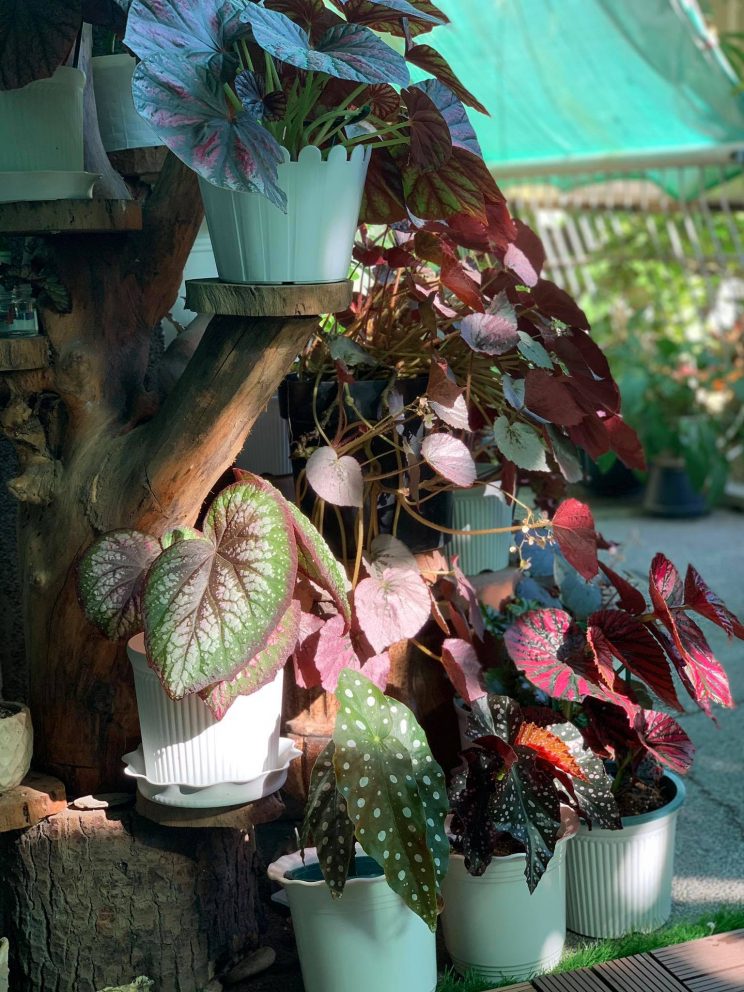 Sevilla’s begonias are only touched by the morning sunlight due to how she positioned it in her garden.

The homemaker has even established a corner in her garden meant only for her begonias. According to Sevilla, she managed to do it by using a combination of wooden and clay materials, plus a dash of creativity. As a result, she created a way to liven up her garden and fully showcase the beauty of her begonias.

Besides giving her begonias their own space in her garden, Sevilla also doesn’t shy away from using different fertilizers to help promote plant growth and maintain the vibrant colors of her plants’ leaves.

She alternates feeding them with vermicast, osmocote, and naphthaleneacetic acid (NAA) because each plays its respective roles in maintaining Sevilla’s prized begonias. 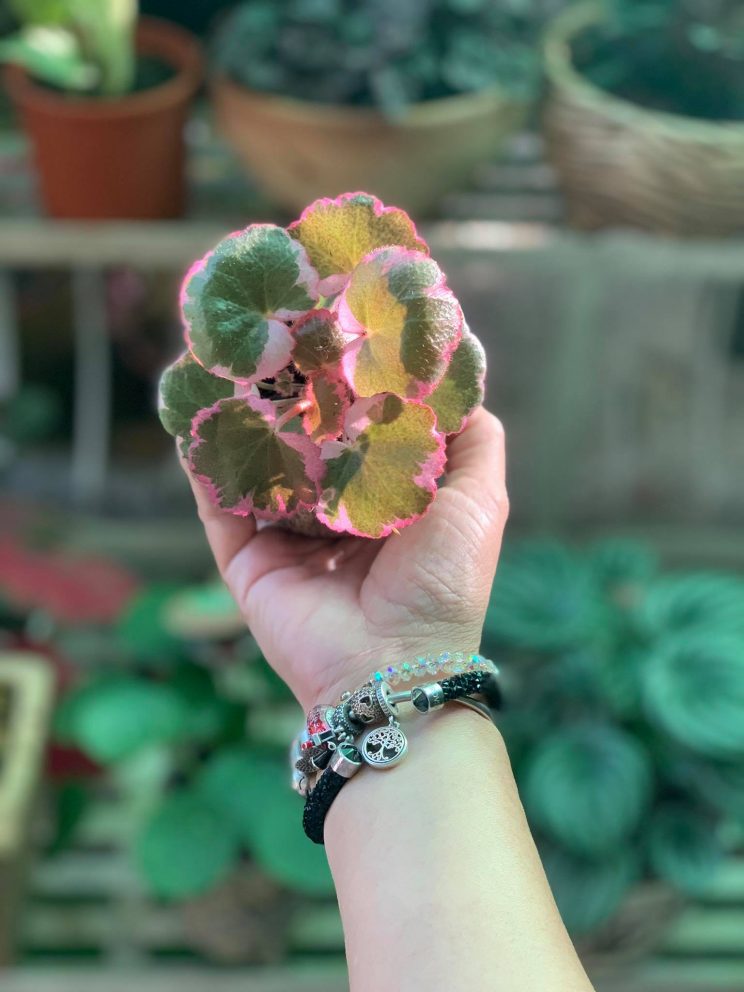 The homemaker uses different kinds of fertilizer to promote growth and maintain the vibrancy of her plants.

For instance, vermicast, or worm castings, can insulate plant roots from extreme temperatures, reduce erosion and weed growth. Vermicast is also a well-known natural fertilizer that can be used in crops as well.

On the other hand, osmocote fertilizers are synthetic but are known to contain nitrogen, phosphorus, and potassium, all of which are needed for growth development among plants.

Lastly, Sevilla also uses NAA, is a synthetic plant hormone that’s used as an ingredient in many commercial horticultural products. If used correctly, NAA can help increase rooting among plants.

“I water them when the first two inches from the topsoil is already dry, and I [also] mist them once in a while,” she said. 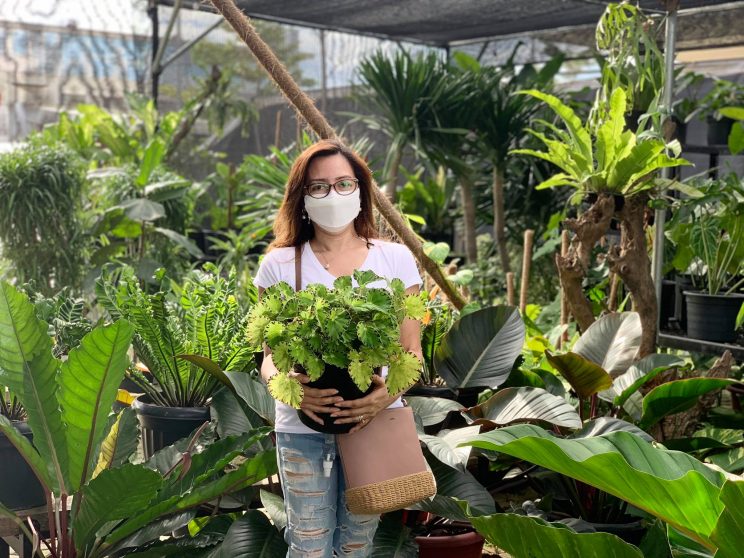 Aside from begonias, Sevilla also cares for a variety of other plants.

An early interest in gardening

At a young age, Sevilla has already engaged in gardening as a result of her mother’s influence. She accompanied her mother during garden visits, and by the age of seven, the garden became Sevilla’s playground.

“I  was exposed to garden life at a young age because my mother loves plants. We had every kind of plant in our garden, from ornamentals and orchids to vegetables and fruit-bearing trees,” the homemaker said.

As a gardener, Sevilla says that growing plants shouldn’t be done just to follow a trend; one must have the heart and time to care for them. Her gardening efforts have given her much happiness over the years and it has also made last year’s nationwide lockdown because of COVID-19 easier for her.

She also said that gardeners shouldn’t be afraid to learn how to propagate their plants since this can also be a good source of income.

“Gardening can make you happy, healthy, and wealthy,” she concluded.

By enjoying what she does, and learning about the different inputs that she can use to help her garden grow, Sevilla has created her own mini jungle within the comfort of home. Not only that, but she also has her own happy pill which she had a hand in growing.