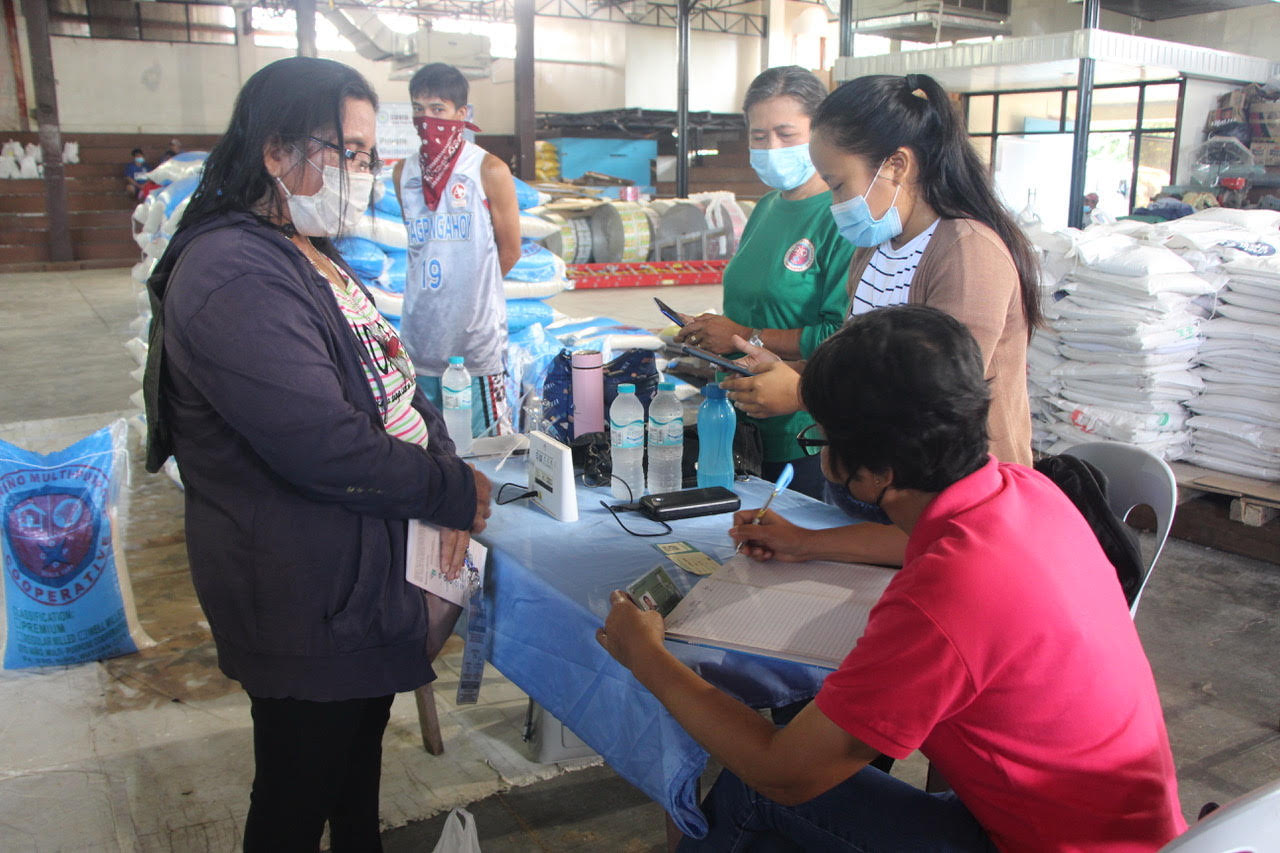 Shown in photo is a beneficiary (left) ready to receive a cash and food assistance from the government during awarding ceremony held at Cabadbaran City Gymnasium, Agusan del Norte province recently. (Photo courtesy of DA13-PIO via Mike U. Crismundo/Manila Bulletin)

A total of 161 corn and coconut farmers from Cabadbaran City, Agusan del Norte received the cash and food assistance from the government.

Under the government’s Cash and Food Subsidy to Marginal Farmers and Fisherfolk (CFSMFF) program, farm production of these corn and coconut farmers is expected to increase despite the pandemic that struck the country, Department of Agriculture (DA 13) Regional Spokesperson Emmylou T. Presilda told The Manila Bulletin on Tuesday.

The CFSMFF was awarded to the farmers at Cabadbaran City Gymnasium recently, she said.

For this leg, food subsidy was provided by the DA- Agribusiness and Marketing Assistance Division (AMAD) recognized partners from Sto. Nino Multi-Purpose Cooperative for the 25-kilogram sack of rice, Ocampo Farm for the Eggs, and One-Stop Convenience (OSC) for the dressed chicken.

AMAD Chief Lyn Pareñas said that food providers of the CFSMFF program are those who are already Kadiwa suppliers.

“Since March until today, the DA through the AMAD, has a program called Kadiwa-on-wheels. These associations and cooperatives produced crops, eggs, and other commodities in which their local produce are sold directly to the consumers near their respective vicinities. This is the reason why we have the list of suppliers arranged to facilitate and supply this program,” Pareñas said.

Moreover, farmers with one hectare and below land ownership and registered in the Registry System for Basic Sectors in Agriculture (RSBSA) are eligible for the scheme. They should also be located in the 5th to 6th income class cities and 4th to 6thincome class municipalities. Qualified beneficiaries should also not be covered by any other social amelioration programs from the government.

Helen Mahumot Martinez, member of Cabadbaran City Swine Raiser’s Association who also engaged into diversified farming expressed her sentiments as one of the beneficiaries of CFSMFF program.

“I’m thankful that I was chosen to be part of this program. This will at least help my family especially with our everyday consumables. Knowing the challenges that the agriculture sector faced today, from pandemic to typhoons, this will be a great help,” she said.

In the province of Agusan del Norte, a food distribution is set to happen in the municipality of Kitcharao on January 21, 2020.

For the province of Surigao del Norte and Dinagat Islands, schedule of distribution has yet to be finalized as validation for the list of beneficiaries and suppliers is underway, Ms. Presilda added.

Together with the DA – Caraga through the Corn Program (CP), implementing agencies from the PCA and BFAR were also present to distribute the assistance to their constituent.

The frankincense tree is under threat