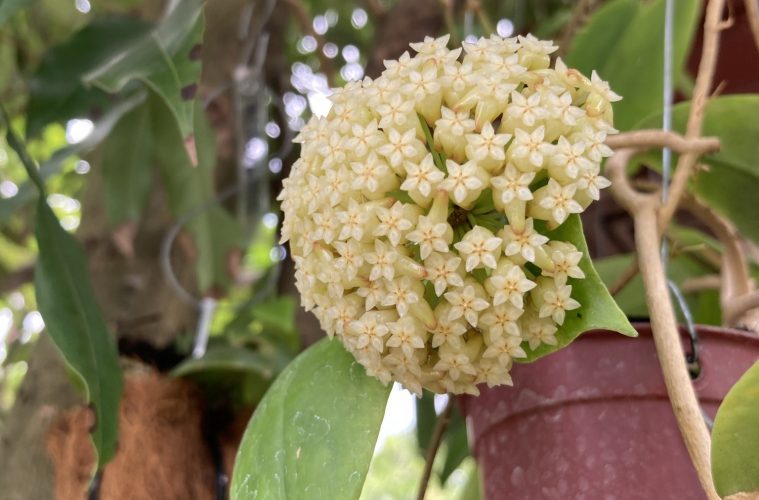 Hoyas are native to Asia and feature delicate, fragrant blooms.

Life is full of surprises and sometimes takes unexpected turns. There are some instances when we pursue a particular thing only to have our attention and interest shift to another. Although some say that it’s best to finish what we started, there’s no harm in going down a different path, especially if it’s one where we receive great joy and satisfaction.

Take, for example, Jeremiah Magsino Mercado, a content and knowledge specialist in human resources shared services of Chevron Holdings Inc., and how he shifted his choice of plants from anthuriums to hoyas.

Hoyas are native to Asia and were named in honor of the 18th-century botanist Thomas Hoy. It was introduced by Scottish botanist Robert Brown. At present, many gardeners find it to be a fragrant, low-maintenance tropical flower.

“I got my first hoyas from a plant seller in Nueva Ecija last year in February 2020. She sells them per set—she offered me an anthurium and two hoyas for P1,000. It is the Anthurium crystallinum I am after, thus I bought the set,” Mercado shared. 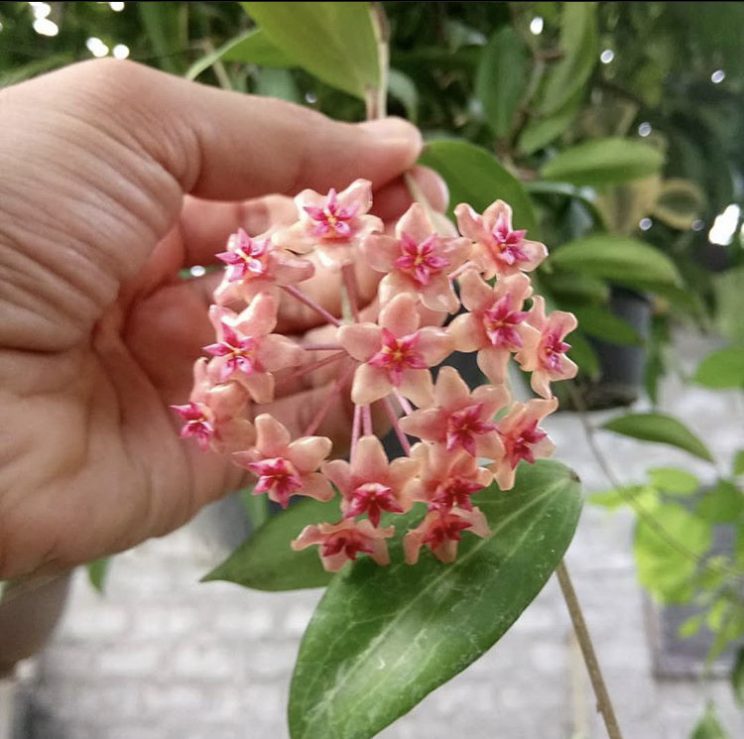 Jeremiah Mercado’s interest in Hoyas came after two varieties were included in an anthurium set that he wanted to buy.

The set he was referring to also included two hoya varieties, the Hoya Kerrii and Hoya Krimson Queen, which became Mercado’s firsts.

“It is my practice to do some research of the plant I want before buying it to check on care tips and if it will thrive where I am located, but for the Hoyas, I did the research after since they were just part of the Anthurium set I bought,” he said.

When he searched for Hoyas online he found a lot of varieties and he likened this experience to opening Pandora’s box since he discovered that the Philippines has a lot of endemic and rare varieties. Eventually, he started to fall in love with Hoyas and it also inspired him to start collecting.

“My second Hoya purchase was in June 2020 at the Quezon City Memorial Circle. I bought three varieties which are all mother plants: Hoya benguetensis, Hoya macrophylla variegata, and Hoya kerrii variegata. From these three I really got curious about the benguetensis because it was named after Benguet and this inspired me to focus on collecting endemic and fragrant species,” Mercado said.

At present, Mercado has 86 varieties and 96 potted Hoyas, with some already being propagated.

How he grew his Hoyas

For Mercado, Hoyas are low maintenance plants but very rewarding, especially when they flower. But he did admit to experiencing some issues when he started collecting, but when he learned the proper way to care for them, he kept on adding more.

“I only water them every other day or if the potting medium is dry to the touch. Most of my Hoyas are placed in partial shade to direct sun as some of them are hanging in tree branches, some mounted on tree trunks, and some placed in hanging pots mounted on our fence to mimic their natural habitat as most of our endemic hoyas are epiphytic or attached to tree trunks, branches, and some even on limestone walls,” he said. 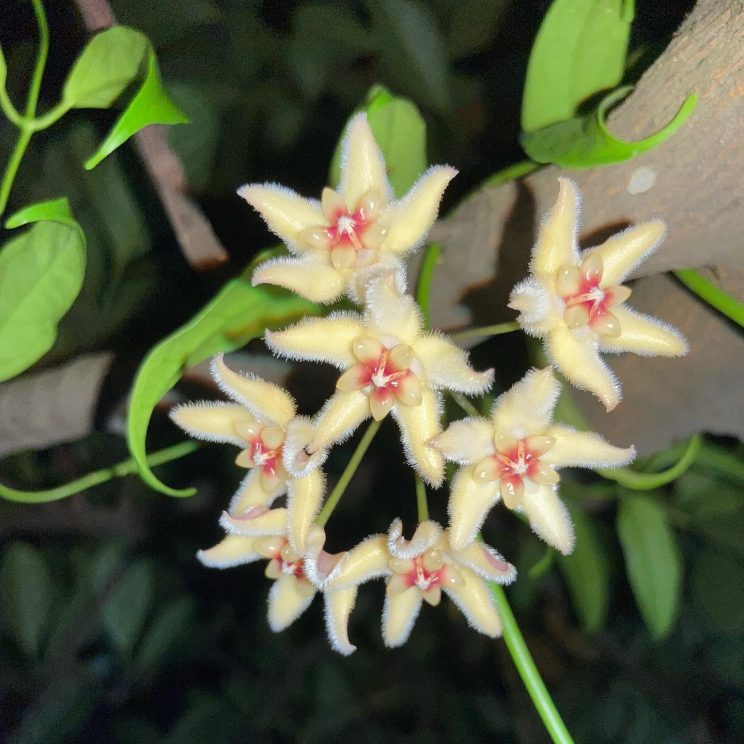 Some of Mercado’s Hoyas grow on branches or trunks to mimic their natural habitat.

The content and knowledge specialist added that he prefers growing them just like how they grow in their natural environment, providing nourishment through fertilizer once or twice a month or as needed.

“I use an organic liquid complete fertilizer sprayed once or twice a month and also put slow-release fertilizer twice a year,” he said.

Mercado’s knowledge of how to care for plants is mostly acquired from his personal experience, reading gardening books, online research, and other plant hobbyists who also share their personal gardening experiences.

Seeing his plants grow, thrive, and bloom under his care serves is what Mercado enjoys the most about gardening as being able to grow other living things really is satisfying. He also made new friends who are also into plants from his office, online plant groups, and even in his neighborhood.

Other than his hoyas and anthuriums, Mercado also has other varieties of ornamentals like monsteras, philodendrons, anthuriums, pothos, syngoniums, calatheas, and more. He also has fruit-bearing trees like (pomegranate, lime, rambutan, pomelo, jackfruit, mangosteen, chico, figs, and lanzones among others. These trees are planted in recycled containers which served as Mercado’s quarantine project in 2020. 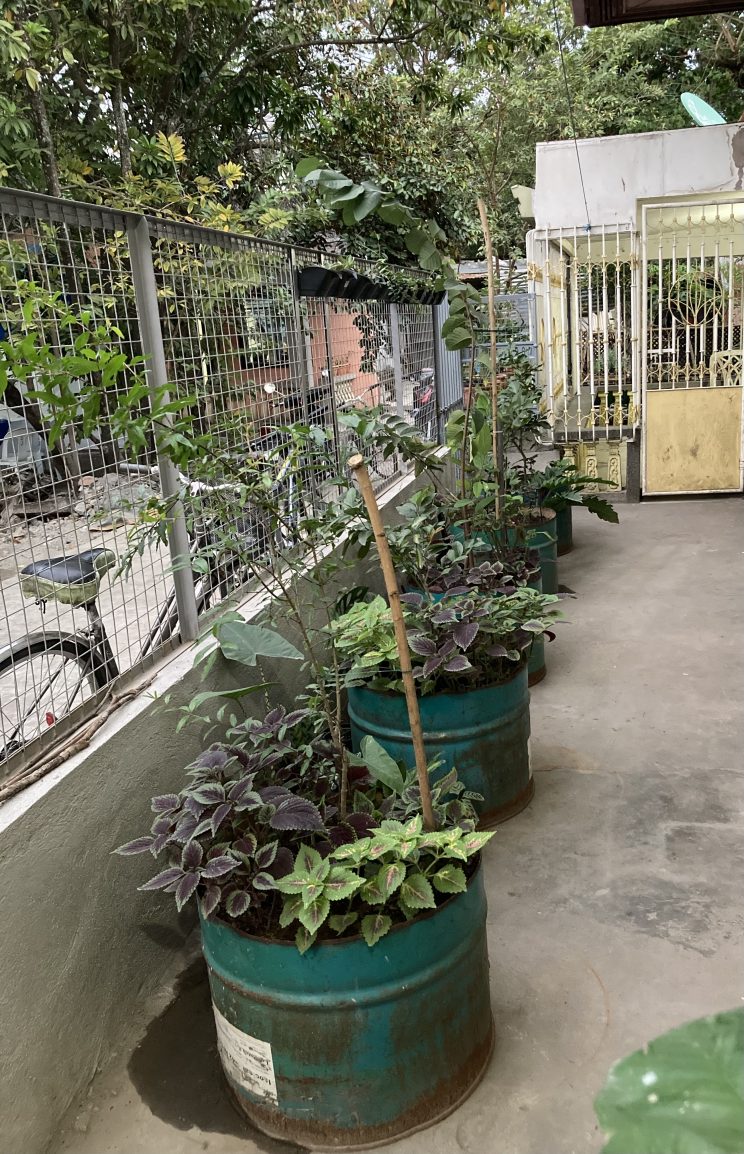 Aside from Hoyas, Mercado also has other ornamentals. 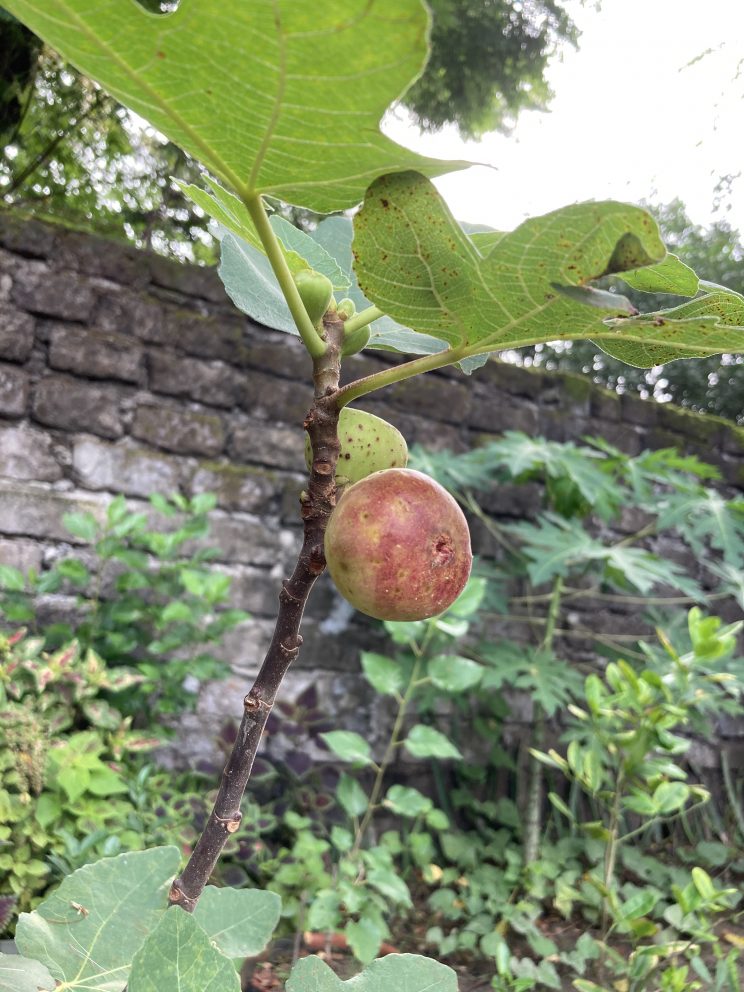 Fruit-bearing trees, such as pomegranates, thrive under Mercado’s care.

Inheriting his passion for gardening

Hailing from a family of farmers, Mercado grew up loving plants and gardening. When he was five or six-years-old, he started growing plants with his late grandmother as his partner in the activity and inspiration.

“I usually join my Lola in her daily gardening routine when I was a kid. I recall creating a mini garden in her garden where I planted different varieties of Portulacas (purslane),” he shared.

From his late grandmother, Mercado inherited a variety of plants which include a 30-year-old Sanggumay orchid (Dendrobium anosmum), Rhapis palms (Rhapis excelsa), as well as Aralias and Dracaena surculosa.

Mercado may have turned his gaze to hoyas after he had a special interest in anthuriums, but that doesn’t mean that his passion for growing other varieties has diminished. Rather, his interests have given him new opportunities to take and broaden his knowledge about gardening so that he too can flourish as a gardener.