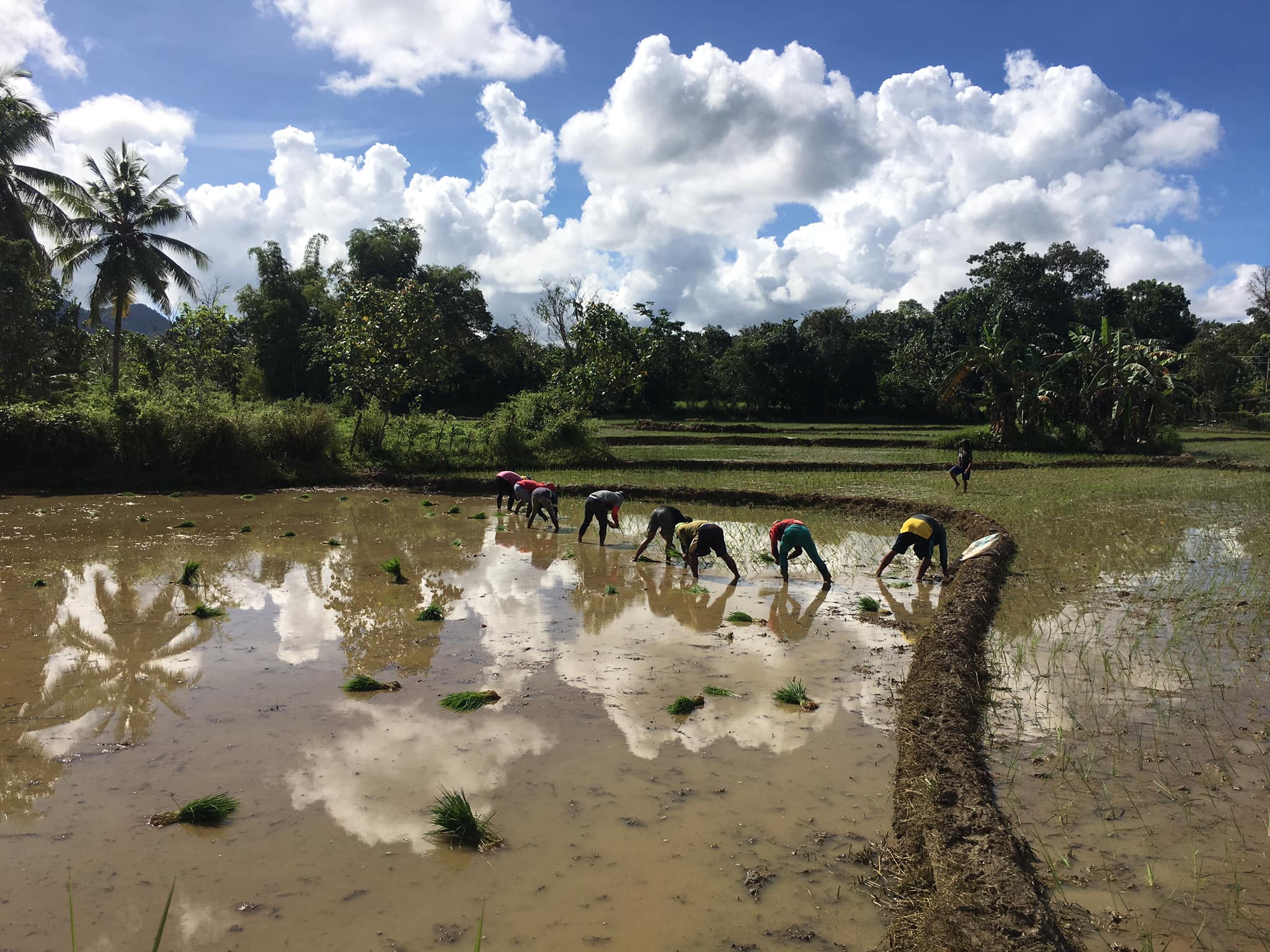 Within the four-hectare farm, three hectares are allocated for rice farming.

In Bilar, Bohol, you’ll find a farm that has many functions: an area for food and animal production, a learning site, and an agritourism destination. 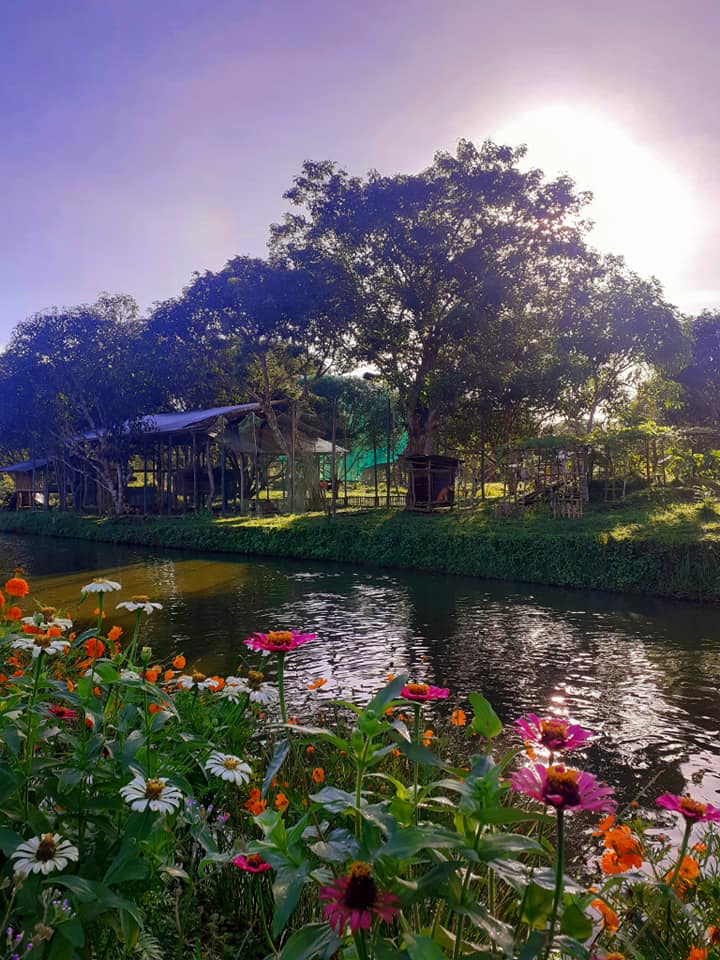 One of the amenities on the farm is a pond where guests can go fishing and buy the fish for P130 per kilo. There are 6,000 tilapia fingerlings in their second fish pond that is surrounded by zinnias and other flowers. (Photo by Anna Palban)

Camelo Farm is managed by husband and wife Melinda Baguio, a staff nurse at Cong. Simeon G. Toribio Memorial Hospital, and Edwin Baguio, businessman and farmer, both 49. The farm was an inheritance from Melinda’s mother and was named after her grandfather Camelo Cal, the original owner of the property. The farm is also an accredited Learning Site for Agriculture (LSA) of the Agricultural Training Institute (ATI) in Bohol. 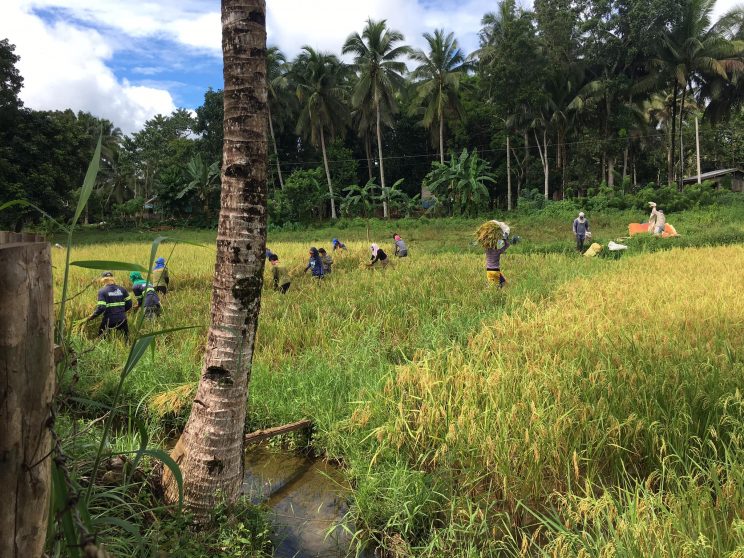 This photo was taken during Camelo Farm’s harvest period. Aside from their family, Camelo Farm hires and supports farmers from the community. The usual numbers of workers are six farmhands pre-planting, around 60 people during planting season, and a maximum of 12 persons during harvest season.

At present, Edwin manages the farm most of the time since Melinda works in the hospital. Still, on her days off, she visits the farm and oversees it, too.

A producer of longping rice and more

Coming from a family of farmers, the Baguios are both fond of farming and love being around nature. Everything started in 1995 when Edwin began planting rice. They developed the land and filled it with animals such as pigs, chickens, tilapia fish, and goats. They also constructed several Bahay Kubos that serve as accommodation for guests. 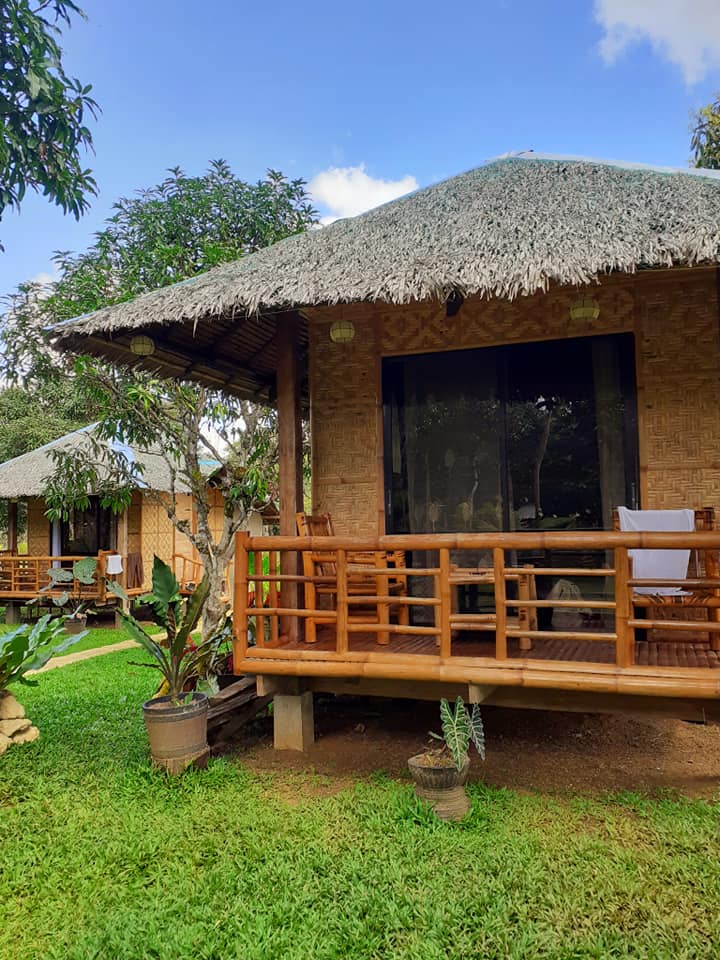 Guests can stay on the farm overnight and rent a Bahay Kubo for only a thousand that’s good for two persons. (Photo by Anna Palban)

The farm mainly grows longping hybrid rice, which they harvest twice a year. When asked why they produce this variety, Baguio said that these were given to them by the Department of Agriculture (DA). Melinda explained, “Rather than buying other expensive rice varieties, we opted to grow the longping rice seeds given by the DA.”  In farming, they apply chicken dung and rice hull before planting rice, accompanied by applying fertilizer and pesticides when needed. The majority of the farm harvests are for the family’s consumption and they offer the rest to customers and farm guests after filling their needs.

Animals on the farm include two carabaos, about a hundred heads of chickens, eight goats, a pig, and two piglets. Baguio said that the numbers of hogs are low due to the pandemic and African Swine Fever (ASF). Kangkong and rice bran serve as the animal feeds, which they acquire from the farm itself. They consume pork and chicken meat and sell some to their visitors as well.

Folks in the field

As of now, they have six farmhands in preparation for the planting season, while they also employ about 60 people for planting rice and other crops, and around 10 to 12 persons during the harvest period. These are the farmers around their community that they support by providing job opportunities.

Melinda said that because of the farm, their family doesn’t have to buy food. This greatly contributes to their savings since they grow and supply their own rice, vegetables, and tilapia fish. The Baguios continue to develop and enhance their farm to provide better service and quality materials for the guests and employees. 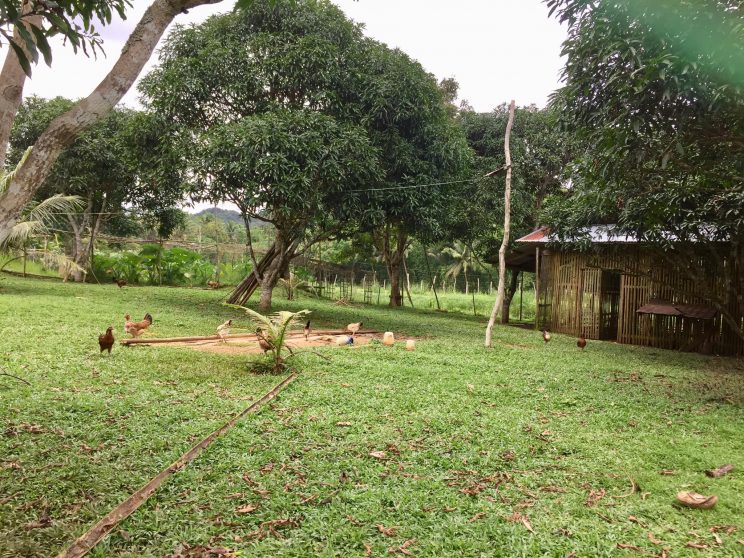 Camelo Farm is home to about 75 to 100 heads of free-range chickens.

They also envision the farm to be fully operational with a training hall a few years from now. Melinda adds, “Tourism activities will also be prioritized on the farm. Our goal is to establish a techno-demo farm that will lead in promoting the technologies being used on the farm.”

But aside from putting in work in these areas, Baguio shares an important tip, particularly in farming— prayer. Prayer for bountiful harvests and safe farming.

Photos by Camelo Farm unless indicated.

How to grow, care, and earn from blue ternate