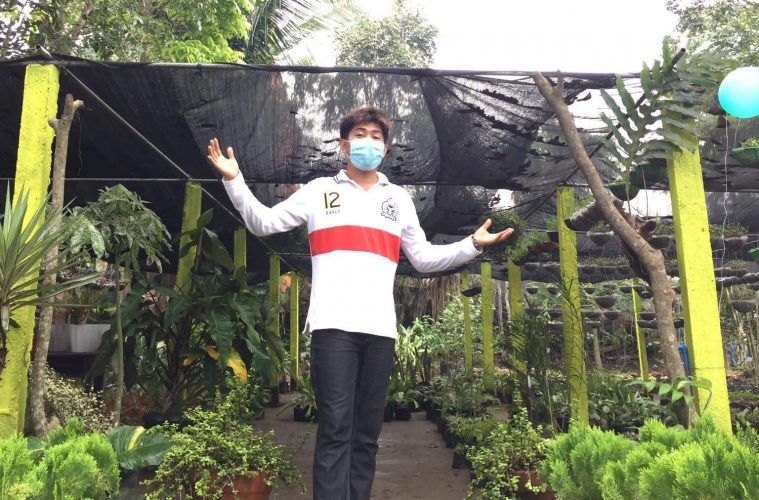 This photo was taken during the garden's opening day. Loyola started his business with only 10 potted plants worth P300, which skyrocketed to thousands of plants and a garden in a snap.

Stereotypes and negative connotations in farming sometimes hamper possibilities for Philippine agriculture. Perhaps this is also why many Filipinos, particularly the younger generations, hesitate to pursue farming as a profession.

Thankfully, there are still some who still prefer pursuing an agricultural career to continue their family’s line of work, much like this gardener from Cavite.

For Ar-jay B. Loyola, an agricultural degree program has always been his first choice in college. But due to financial challenges, he took up business management instead and supported himself financially by being a working student. Loyola’s sacrifices finally paid off after acquiring his diploma.

He took advantage of his business degree to build a low-capital venture. Since he has been helping his mother take care of the plants in their backyard, the first thing that came to his mind was to start a garden business.

Birth of a brainchild

To seek a sustainable income, he combined resourcefulness and creativity by taking photos of their garden plants and by posting them online to sell. After his first post on Facebook, the outcome was beyond his expectations. Loyola was able to sell more than a hundred pots due to his first few posts. 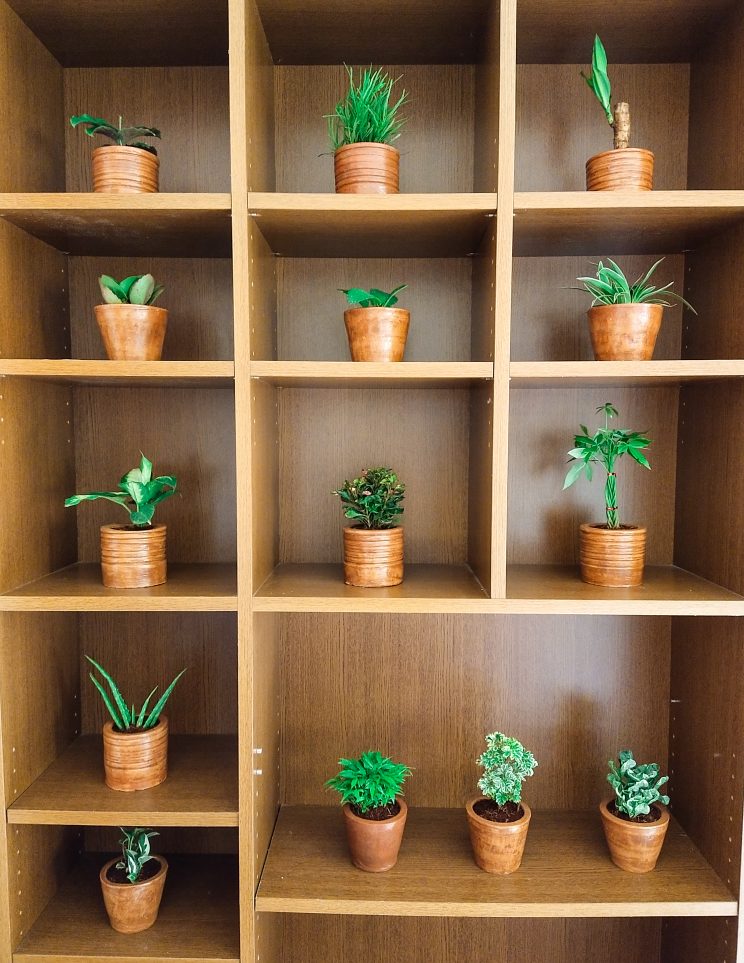 This is one of the photos he first released on his business’ Facebook page, which garnered lots of public attention and interest.

A week later, Loyola and his family decided to open a separate garden in October 2020 with the help of their close relative. The first day was a success and up until now, Loyola remains hopeful and happy that he earns an income for their family while offering quality products to his customers. 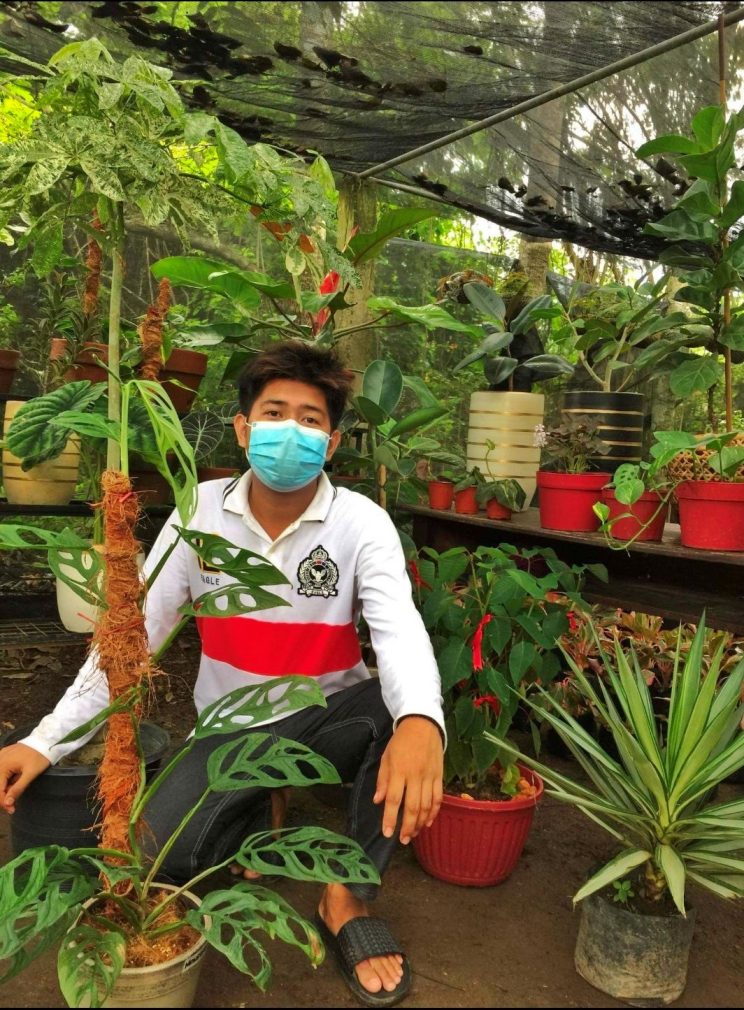 Following his dream, Ar-jay Loyola, a garden owner at 23, started his own venture with the help of his family in Silang, Cavite.

At 23, Loyola manages his garden business named Plantiques, which he defined as “a secret garden that offers indoor, outdoor, herbs, and other ornamental plants at a wholesale price.” The garden measures 3000 sqm, but at present, only 1500 sqm is occupied.

There are approximately 10,000 ornamental plants in his garden. What makes Plantiques stand out in the market is affordability. As per Loyola, his business is popular for inexpensive plants that can go low as P15 each. Some plants that can be bought for P15 are plants like mayana (Coeus blumei Benth), red creeper (Ventilago madraspatana), kutsarita (Alternanthera), and more. But apart from these, there are also rare and high-value plants that Loyola propagates from his collection with prices that can go up to P30,000. 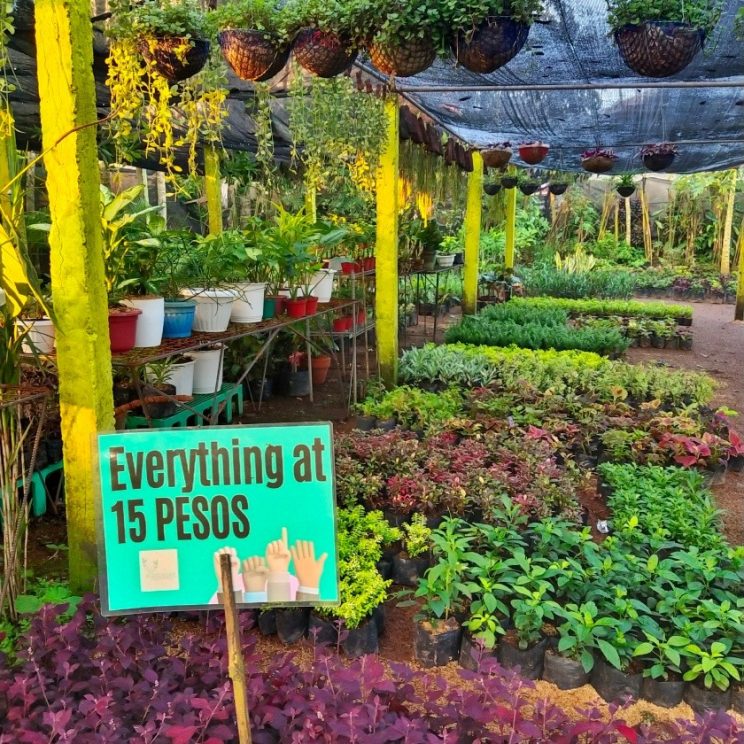 Loyola’s garden is now popular for budget-friendly plants that range from P15 to P30,000. Buyers can purchase plants like mayana (Coeus blumei Benth) and red creeper (Ventilago madraspatana) for only P15.

The plants are 80% for selling and 20% for collection. In a month, Loyola shares that he can earn a net income of P100k depending on the demand. It is Loyola’s goal to be a direct supplier and support resellers who’d want to have an income amid the pandemic.

In terms of pricing, Loyola says that it is crucial to monitor competitors’ prices to compare if the plants are fairly priced and to avoid setting them below or above the standard rates.

Looking after his garden 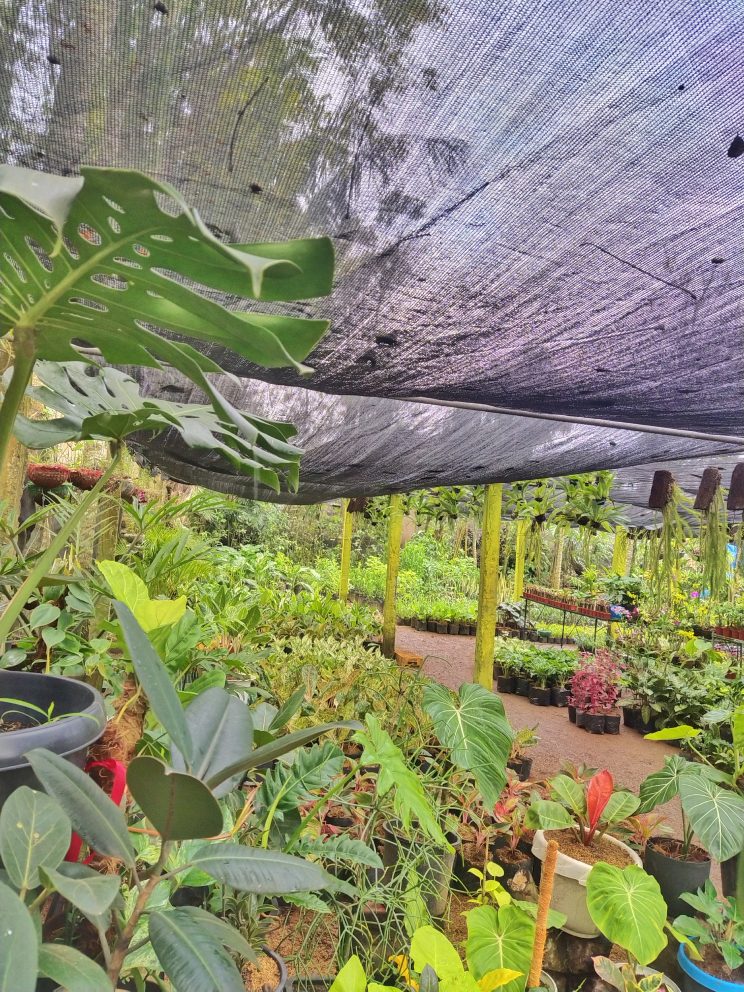 Plantiques’ garden is divided into two areas. This is their so-called Area A where bigger houseplants like monsteras are located.

Seeking help from experts in the industry is one of his ways to improve as a gardener. Loyola mentioned his secret behind lush and healthy plants — soil mix. “I have my own different soil mix for every variety of plants,” he said.

According to Loyola, in starting a garden business, it is crucial to have a clear vision of what plant varieties and products one would like to sell. Keep track of the progress, study the field, and most importantly, determine the right target market and location that will likely be accessible to buyers. Performing effective marketing strategies will also help attract more customers. 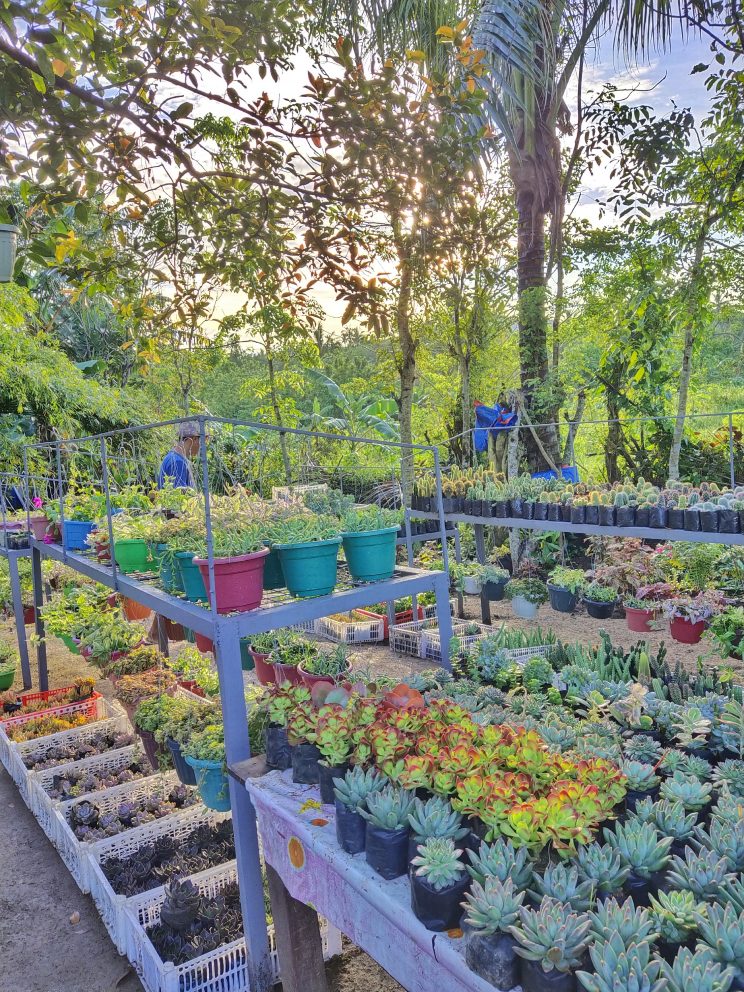 In Area B, succulents like jade plants and other smaller plant varieties are placed.

As a young garden owner in the field of urban agriculture, Loyola reminds others to be humble and be thankful to those individuals who contributed to their journey. And in his case, it’s his family.

Photos courtesy of Ar-jay B. Loyola.