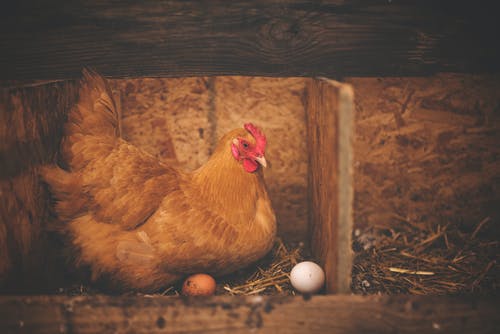 Caleb and Courtney Sugarman are a couple from Vermont, United States who’s trying to crack the case on how their pet chicken managed to hatch a duck egg.

In April of last year, the couple bought several ducks to keep them occupied during the pandemic. A few months later, they also received some chickens from a friend.

The Sugarmans soon came across one of their chickens sitting on a duck egg, leaving them puzzled about how it got there. The chicken laid about half a dozen of its own eggs a few weeks later. The couple numbered the eggs to keep better track of them.

When two of the chicken eggs hatched just before Christmas, the couple was in for a surprise since they saw a duckbill under their chicken who apparently managed to hatch the duck egg.

The chicken and all of its young, including the duckling, are staying inside the couple’s pen until the weather gets warmer so it can join the other ducks outside.

But for now, the duckling seems to think that it’s one of the chicks and is blending right in.