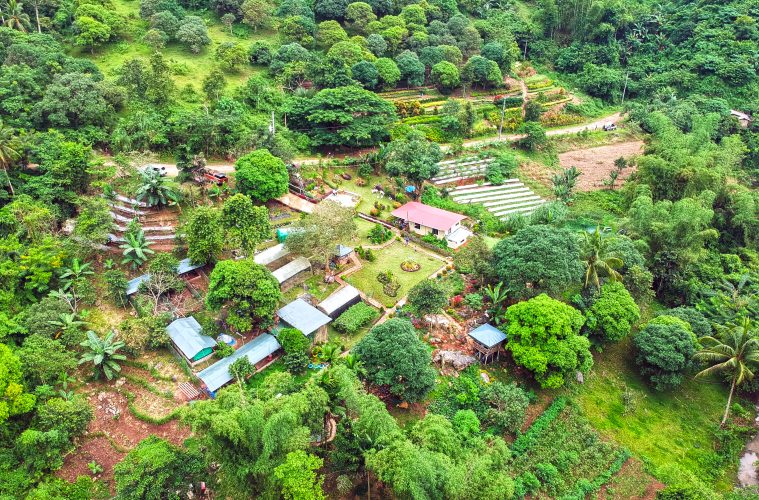 An aerial view of the N Blessing Farm.

Found in the Queen City of the South, N Blessing Farm was established by the family’s patriarch, Nilo Bantilan, in 2018 after his retirement as a corporate executive in a major telecommunications company. He works hand in hand with his whole family in his agricultural endeavors, including his son, Niel Bantilan, the current chief operating officer (COO) of N Blessing Farm. 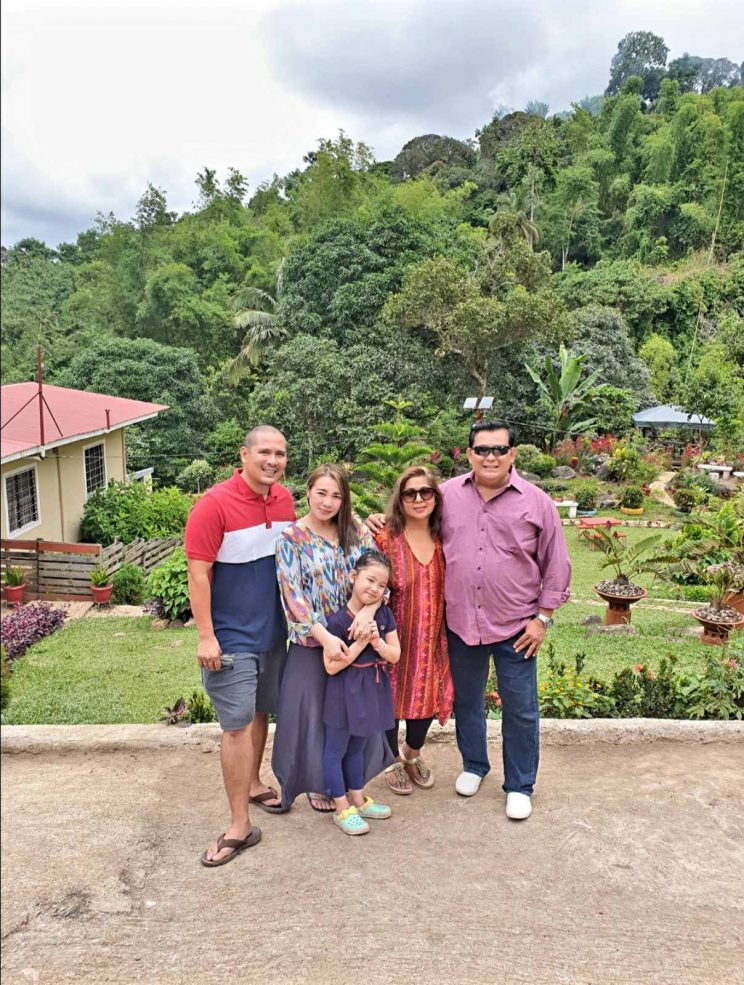 From left to right: Niel Bantilan beside his wife and daughter Janelle. On the right side are his parents, Edna and Nilo Bantilan.

Niel, who was in the same field as his father, also shared the same interest in farming. This fascination towards agriculture, coupled with their experience in technology, pushed the father and son duos to take the next step—starting a farm business.

What started as a home garden expanded to a small-scale farm. The Bantilans initially grew crops like Carolina Reapers (Capsicum chinense) hydroponically and in pots.  When their space started running out, they bought a bigger area that’s a 40-minute drive from home.

N Blessing Farm is an 11,681 sqm land in a mountainous barangay in Cebu City. After over two years of operations, 85% of the land is developed. Associating the term ‘blessing’ with the farm’s name is a reminder that it is undoubtedly a boon to their family. Not only were they able to easily negotiate the price of the property with the previous landowner, but the area also holds abundant water sources from three springs and a stream. The farm initials also represent three men in the Bantilan family, namely Nilo Bantilan (founder), Niel Bantilan (son of the founder), and Nathan Bantilan (grandson of the founder).

The Bantilans love farming, however, Niel admitted that they lacked a solid experience in agriculture. To widen their horizons and knowledge in the field,  they’ve attended several sets of training and webinars conducted by the Department of Agriculture (DA) and Technical Education and Skills Development Authority (TESDA), and they’ve also partnered with agricultural organizations and local government offices in the region. Through persistently working on their passion for agriculture, on top of their faith in God for guidance and enlightenment, they’re able to enhance and develop their farm practices up to this day.

That said, both Nilo and Niel have been incorporating their technological knowledge in running the farm by using various techniques, processes, and equipment involved in an integrated farm management system, a farming approach that integrates food and animal cultivation as well as other farm activities.

“The goal is not necessarily producing immediate outputs, but rather, maintaining a system of healthful production over time.” Niel added, “The major components of our sustainable system include economy, environment, and community.”

Following this structure, N Blessing Farm is diversified by animal husbandry and crop production along with the observance of the essential farm components like organization and planning, soil management and fertility, crop protection, energy efficiency, pollution control, wildlife and landscape management, as well as public relations and marketing.

Diversified with crops and animals

Blessed with a larger growing space, the Bantilans’ farm is filled with vegetables, herbs, root crops, fruit-bearing trees, livestock, and poultry. Their key food and profit crop are two varieties of lettuce: romaine and grand rapids lettuce (green and red kinds). Along with this, they grow different vegetables including okra, eggplant, and string beans, chili, root crops like cassava, and fruit-bearing trees such as banana, mango,  jackfruit, rambutan,  marang, lanzones, dwarf coconut, and lemon. 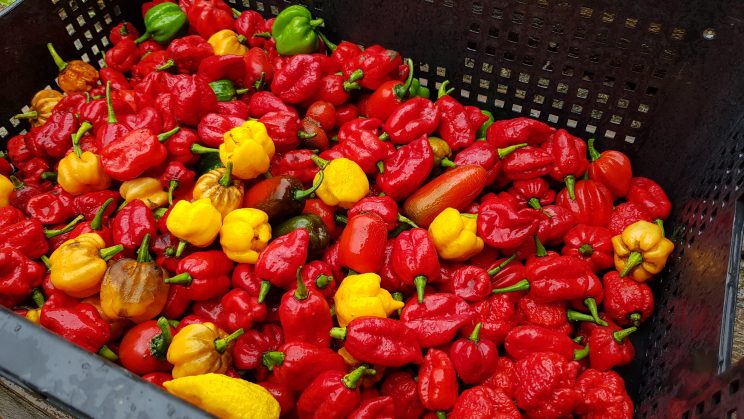 A bunch of superhot chili peppers that the Bantilans also produce.

N Blessing Farm has an automated drip irrigation system for lettuce, while for other crops unmentioned, they practice manual watering using a hose. Since the farm entails slopes, they have implemented a sloping agricultural land technology (SALT) or contour hedgerow, a system that involves rows of trees or shrubs planted along the contour lines of slopes to increase farm productivity and to reduce soil losses.

Niel adds that soil management and fertility is the basis of their agricultural production and conservation. To keep the soil healthy and biologically active, they ensure to implement the best practices, to apply optimum levels of organic matter, and to retain a chemical balance.

The family prioritizes filling their pantry before selling the excess harvest to the public. They usually offer the produce online and deliver them within their subdivision or in other nearby areas. They also offer processed products such as chili sauce and lettuce salad. 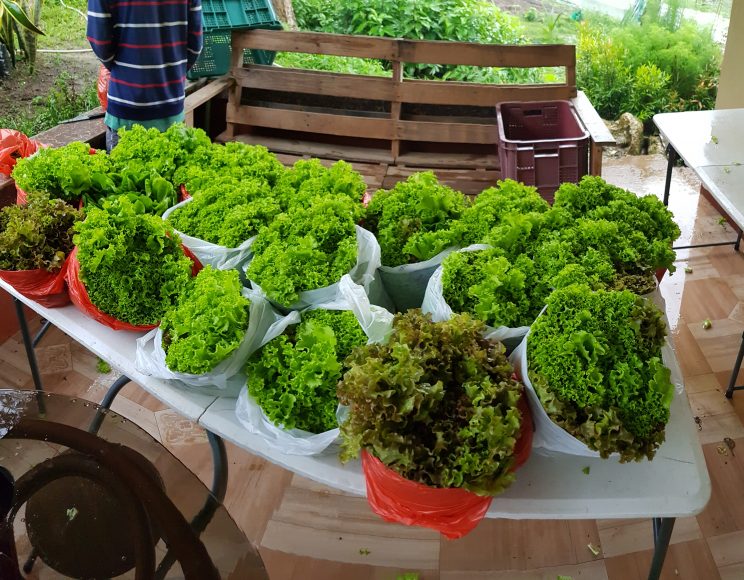 Some of the lettuce harvests that are ready for delivery.

They feed the cows and goats with silage and other forage crops on the farm. Chickens and rabbits are provided with plant-based pellets. Niel added, “One of the best characteristics of native pigs is their ability to use local feed sources such as rice bran, cassava, banana, coconut, and other root crops.” N Blessing Farm usually prepares forages and cleans the pens and cages in the morning to late afternoon. Depending on the availability of animals, some of them are also consumed and sold in the market. 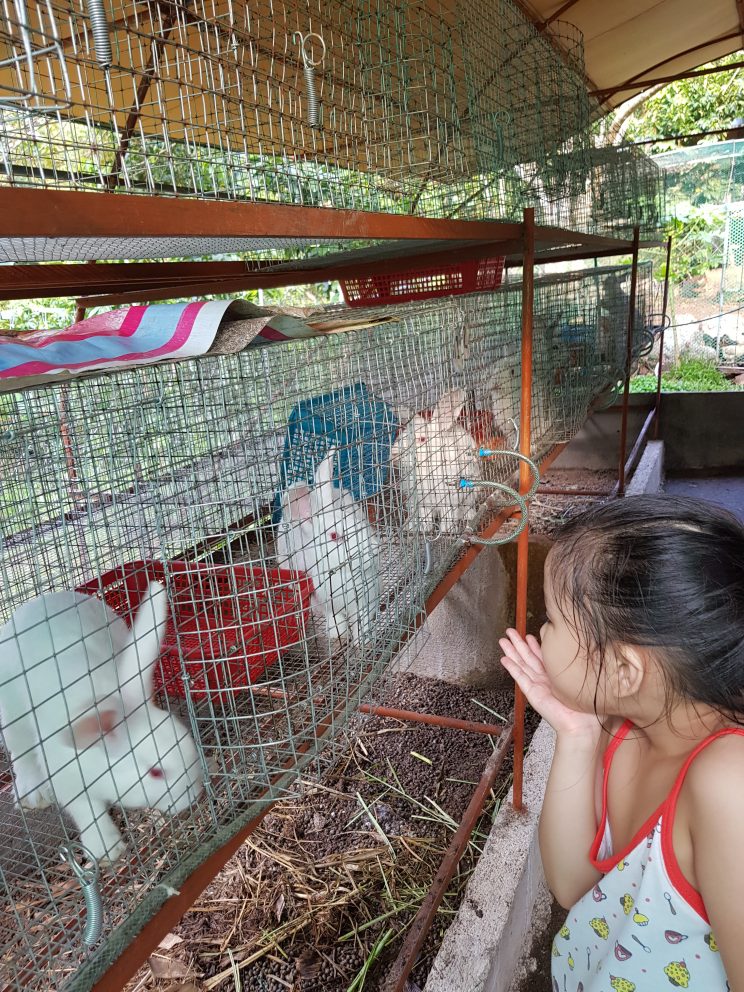 Niel’s daughter Janelle always checks the rabbitry on the farm.

Despite the high protein content and other health benefits of rabbit meat, it is still not fully considered as a primary source of meat in the Philippines. As a member of the National Association of Rabbit Meat Producers (ARaMP), one of their objectives is to spread awareness and promote rabbit raising and consumption.

For Niel, farming is a rewarding experience that also creates quality family time. “Every time we are on the farm, there is always something you can bring back to the family,” Niel added. Farming doesn’t have to be looked at as something huge—as a business or a luxurious place for relaxation, but it could be as personal and simple as an opportunity for better relationships and priceless life experiences.

Click here to find out Niel’s tips on growing lettuce.