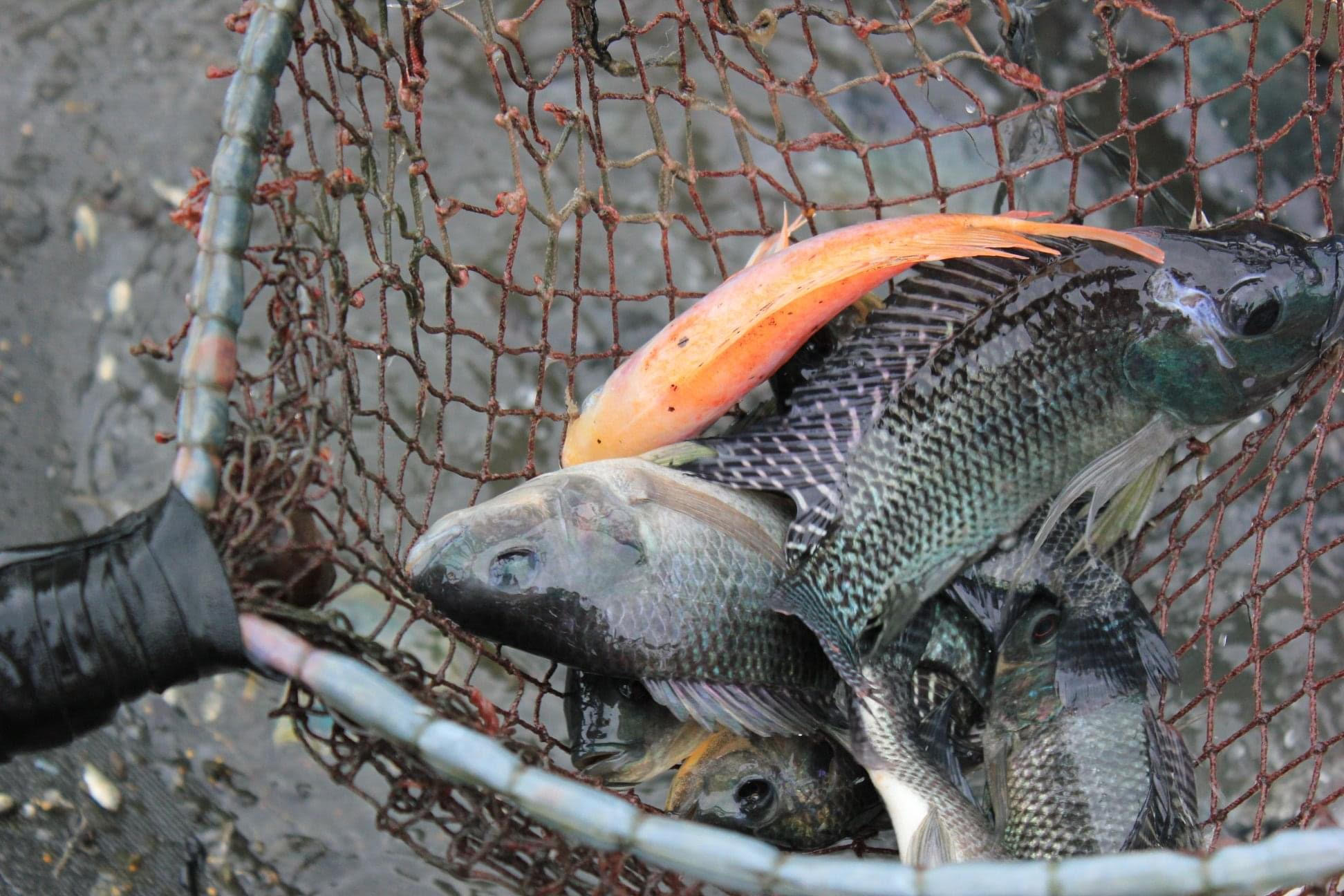 Since 1992, Four Jewels Aquafarm in Banga, South Cotabato has been in the business of producing food such as fish, livestock, fruits, root crops, corn, and rice.

“It started as a means for us to survive poverty but later on, we found that agriculture can be a stable source of income if you know your market and your product,” said Faye Travilla, a medical doctor and the youngest of the four sisters for whom the farm was dedicated to.

Through farming, Travilla’s parents, Benito and Cirila, managed to send their four daughters to school and inspire them to play a role in their family farm. 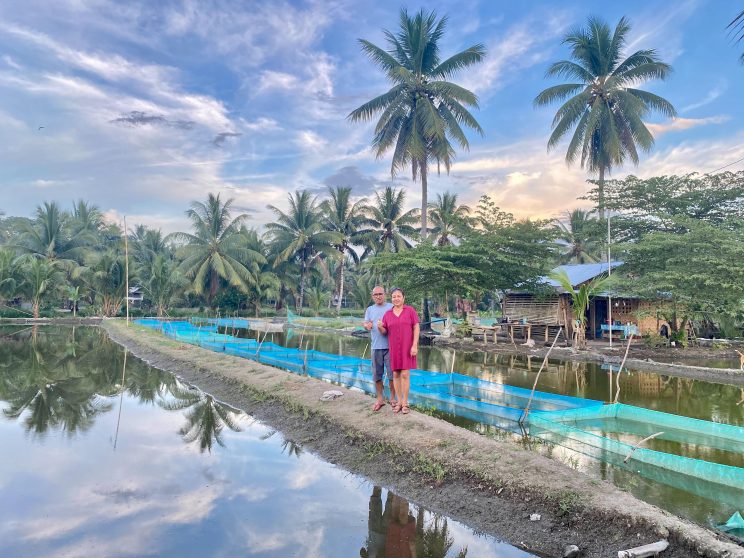 The farm started in 1992 as a way for Benito and Cirila Travilla to provide for their family.

“My grandparents were third-generation migrant workers from Iloilo. They were farmhands to former landlords in Mindanao. It is from them that my parents have known agriculture. Our parents, in turn, are the ones who taught us about farming,” the youngest Travilla said.

In the near 30 years that their farm has been working in fish farming, the youngest of the Travilla sisters shared that having the right people around can help secure the success of their operations.

This is why she and her family value their farmworkers. And to show their appreciation for their work, the Travilla practices profit-sharing with their caretakers or staff rather than following a fixed salary system. This means that their profits are subject to a 60-40 profit-sharing scheme. 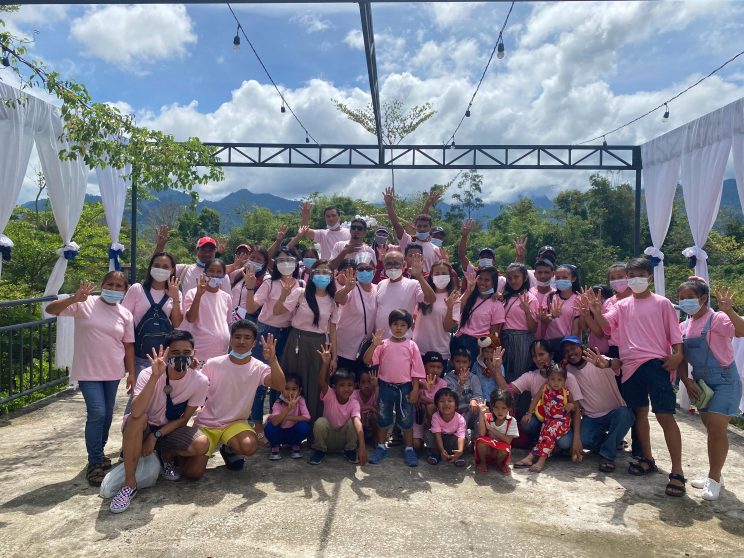 Farm workers at the Four Jewels Aquafarm enjoy a profit sharing scheme of 60-40 rather than fixed salary conditions.

“My parents aren’t capitalists–they believe in fair business practices. I believe this generosity also paid off. Our business is the largest producer of freshwater fingerlings in the region, and one of the biggest in Mindanao,” Travilla said.

“We are teaching them to invest the money that they earn so they will be able to provide decent lives for their families as well,” Travilla said.

The majority of the farm’s produce consists of tilapia fingerlings but it also engages in hito (catfish), carp, and other fingerlings. This comprises most of the family’s profits.

“Tilapia fry is among the most resilient kind. It does not require intensive infrastructure building. This, then, became our family’s main produce. We’ve learned the ropes in the 20 plus years that we’ve grown them,” Travilla said.

According to Travilla, their family farm can produce fresh and lively 7,000,000 to 10,000,00 genetically improved farm tilapia (GIFT) which was part of an initiative of the Bureau of Fisheries and Aquatic Resources (BFAR) in 2010. The number can increase to 20 million if the weather is right. 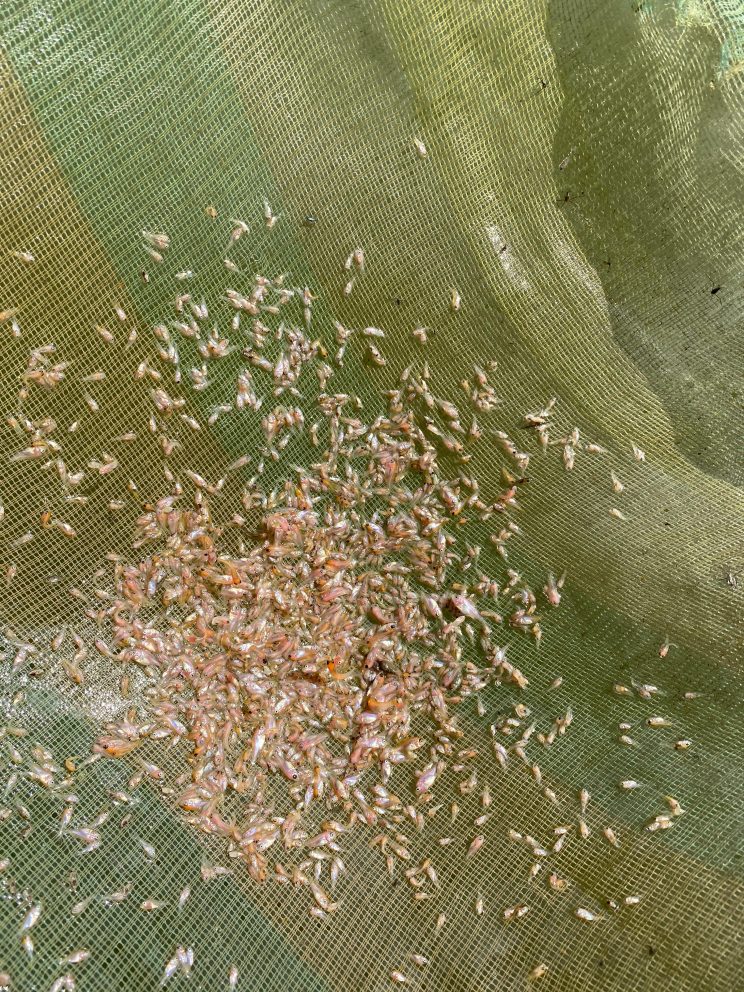 Tilapia fry raised in the premises of Four Jewels Aquafarm.

She added that their current location in South Cotabato is favorable to their tilapia fingerling production.

“My father believes that maintaining an ecosystem’s balance is the way to go in sustainable farming. We live in an area with a water table where streams come from that is conducive for growing freshwater fish,” she added.

With the growing demand for food, the family farm also expanded to include catfish, carp, and flower horns to their roster of freshwater fish.

The hatchery operation of tilapia fingerlings of the Four Jewels Aquafarm has four steps: pond preparation, stocking, harvesting, and marketing. 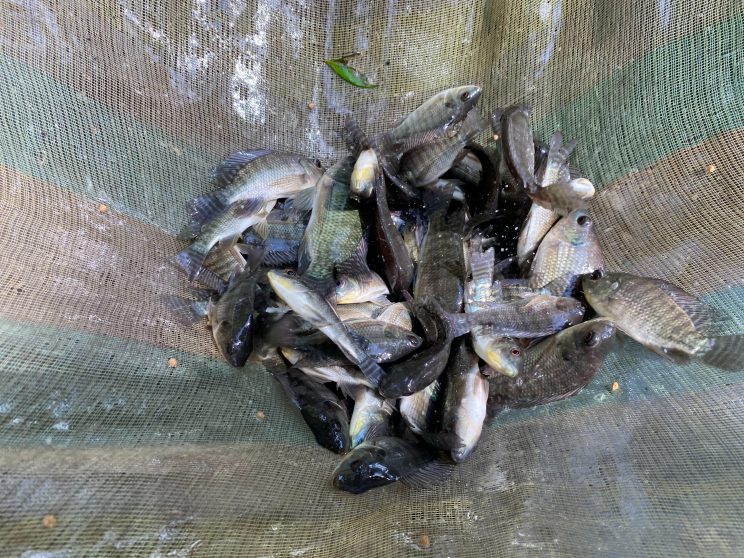 According to Travilla, there are four steps in their tilapia production operations.

In the first step, the ponds are drained and dried to eradicate predators. For five days, compost and organic fertilizer are cast in the pond for lab growth.

“We use the compost from our agro-forest. Supplemental feeds are only used if natural fish food such as planktons and algae are scarce,” Travilla said.

Next comes stocking where the broodstocks are purchased at BFAR. Before stocking, males and females were conditioned separately for one week to ensure abundant fry.

The third step is harvesting. The daily fry collection is collected and stocked at nursery cages or hapa nets. Fry is then transferred to nursery ponds free from predators after three days. One cycle for every set of broodstocks is 32 days to avoid stress.

Last comes marketing. Packing and shipment of fingerlings are usually done early in the morning or early evening to prevent mortality. The average number of fingerlings per bag is 1,000 pieces. Fingerlings are screened according to size and price. Medical oxygen is usually used in packing to ensure a higher rate of survival.

“We sell our fingerlings baby fish to growers from surrounding regions. We cater to medium to large volume growers. We also supply government-funded agriculture projects for communities,” Travilla shared.

In a month, the farm delivers about 10,000 kilograms or 10 tons of fingerlings to growers. These in turn grow in lakes or private enclosures and later on get sold all over Mindanao and some in the Visayas.

More than an aquaculture farm

Through the years, the family raised several farm animals such as ducks, cows, pigs, and chickens which are fed organically sourced food. 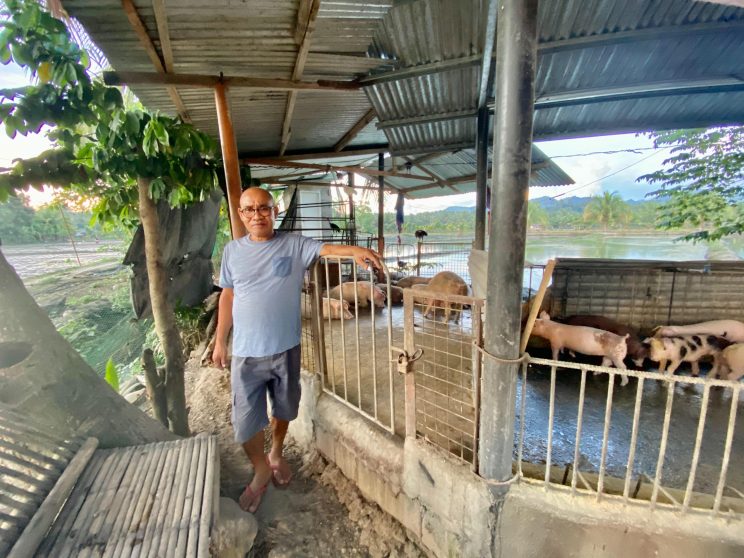 Benito Travilla posing with some of the livestock that they care for in their farms.

“Our ducks and pigs are fed wild snails that are considered pests in our rice plantation and tilapia ponds. The chickens, natural foragers, eat grass and fruits from the orchard. Their manure, in turn, serves as natural fertilizers for the plants. The pigs’ manure can be processed to increase the phytoplankton or algae that our tilapia fingerlings eat. So as you can see, our farms are integrated like an ecosystem of their own,” Travilla said.

Caring for livestock and growing crops for profit isn’t the sole purpose of the farm. These animals and plants fit well with the sustainable farming ecosystem model the Travilla adopted. Also, they chose essential crops and animals for food security.

Couple started a farm to provide for their family, later became a successful aquaculture farm that sustains their community