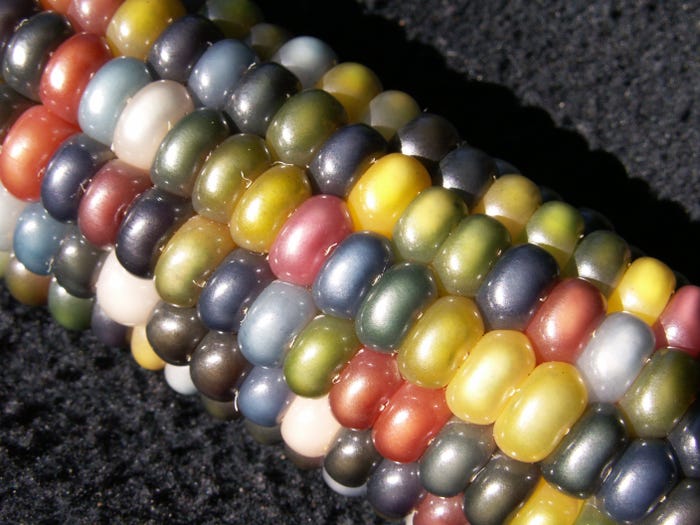 Photo from Greg Schoen as seen on Business Insider

Carl Barnes was a half-Cherokee Oklahoma farmer who passed away in 2016. But his life was one well-lived. In hopes of connecting with his Native American roots, Barnes managed to grow a multi-colored corn variety now known as Glass Gem corn.

Barnes began growing older corn varieties throughout his adult age to reconnect with his heritage. In growing these, he managed to isolate ancestral types that had been lost to Native American tribes.

At the same time, Barnes started selecting, saving, and replanting seeds from colorful cobs which eventually resulted in rainbow-colored corn.

In 1994, Barnes met Greg Schoen who was fascinated by Barnes’ colorful corn variety. Schoen would later plant the same variety which he called “Glass Gem.”

When the rainbow corn is mixed with traditional varieties it creates new strains. Each year of successive planting, the variety displayed more vibrant colors and vivid patterns.

The colorful corn variety is also known as flint corn because of the kernel’s hard outer layer and has a high starch content.

Unlike sweet corn, Glass Gems aren’t usually eaten off the cob. Instead, the variety is mostly used for ornamental purposes.

Towards greener pastures: Cacao farming gave this farmer a sustainable means to support the needs of her children