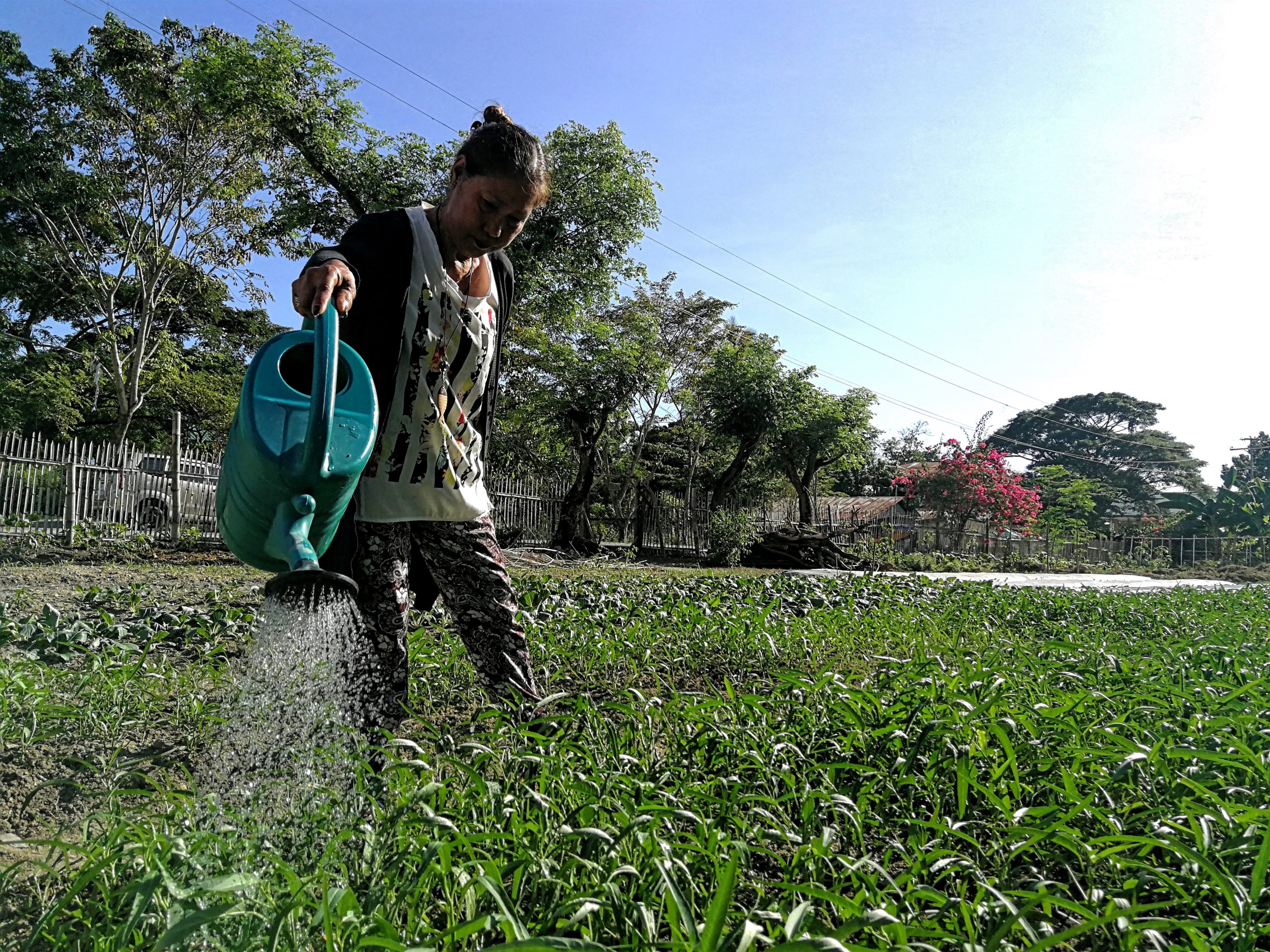 Displacement is an unfortunate reality for many Filipinos, who are forced to temporarily or permanently leave their homes due to conflict or natural disaster. Aside from the trauma of unwillingly having to leave one’s place of residence due to circumstance, one of the biggest immediate concerns is food security.

Some of the displaced residents were settled in Tulungatung, Zamboanga City through a government sponsored housing project. One of them is Kagawad Gemma Bahani, a very active member of the community. Bahani, a factory worker, is also the president of the Urban Poor San Antonio Homeowners Association (HOA) and of the Rural Improvement Club (RIC) at District 1, and a coordinator for Kilusang Pagbabago (KP). She is also a member of the Association of Tulungatung Innovative Women Agripreneurs (ATIWA).

(Read about Kids Who Farm)

The realities of returning to normalcy after being displaced are complex, but one of the ways food security can be augmented, if not achieved, is through agriculture. In this case, establishing a community garden for private consumption at first, and profit after. 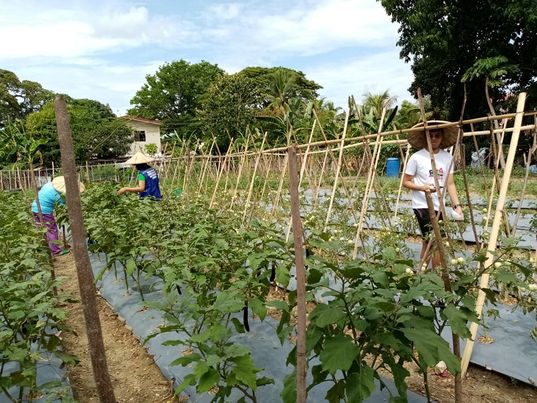 The garden is staffed by volunteers. Harvests are both for personal consumption and for profit.

It started with a competition

ATIWA came about when the local housing office sponsored a community garden contest for 48 barangays whose residents were considered urban poor. This led to a meeting with  KWF and Rotaract of Zamboanga City West, who brought seeds and guided the residents in establishing the garden.

“Together with the Rotaract Club of Zamboanga City West, Kids Who Farm provided the technical support to the vegetable production, and agro-enterprise development and financial literacy and savings mobilization of ATIWA. We also organized them as ATIWA. Since 2019, we provided mentorship, technical advice on their production and just last January 2021, we set up their Kratky hydroponics farm with resources support from the Rotaract and partners,” Hinay says.

The Kratky method is a low-cost, non-circulating hydroponics system. Plants are placed in cups filled with growing medium such as rock wool or coco coir and suspended above nutrient-rich water. It does not require electricity and is suitable for growing leafy greens. 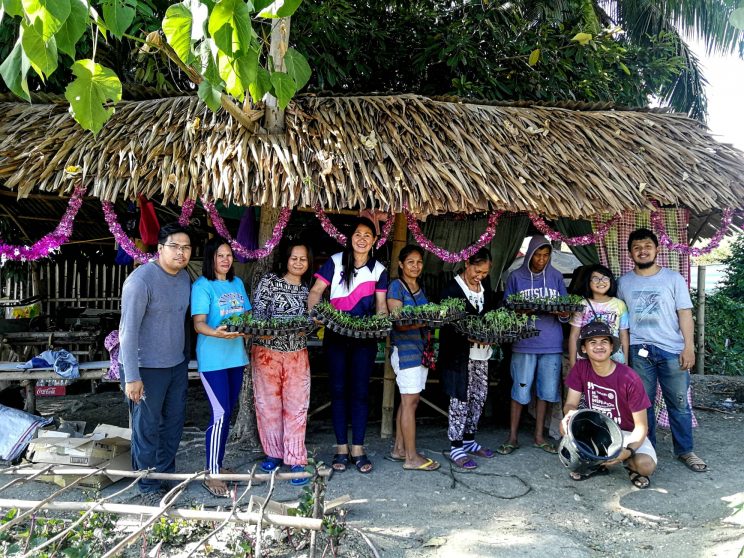 ATIWA members received seeds and inputs from the Siembra PAZ project of the Rotaract Club of Zamboanga City West and Kids Who Farm.

From project to business

The housing office allocated 2000 sqm open space for the community garden, which is staffed by volunteers. “On the first day, 12 people helped, until it became seven, and then five,” Bahani shares in Tagalog. It took them two weeks to finish the garden with the help of trucks from the barangay and two paid laborers.

The crops were chosen because they were fruits and vegetables that everyone ate: they were popular ingredients in the volunteer’s households and would be easy to harvest and sell. Bahani attributes the success of the garden to, “persistence, trust in each other, time (to cultivate the garden), and patience.”

As expected, the garden soon began to produce more than what its volunteers could consume, so they began to sell their harvests. “We only harvest when there’s a buyer,” Bahani explains. “We make a sale everyday. Sometimes we sell P265, sometimes P820.” She added that as of mid-2000, the organization had P26,345 in savings.

Aside from profit from the garden, ATIWA members have access to loans, which have been a big help, especially during emergencies. 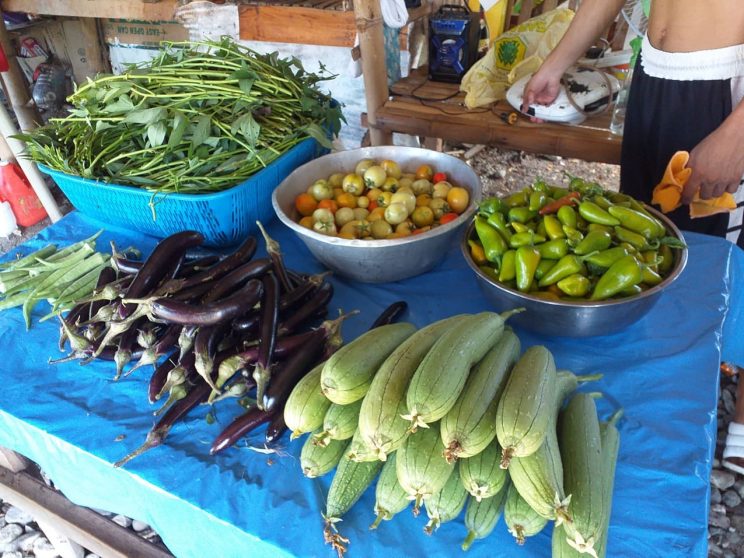 Cheap, delicious, and healthy food for all

“The garden has helped [our community because it gives us access to naturally grown], cheap, fresh [fruits and vegetables] frown without [harmful] chemicals,” Bahani says. “People sometimes buy from us so they can plant at home, and sometimes we donate [part of our harvest] to the barangay and health center.”

An unexpected but delightful side effect of the community garden is that it’s encouraged many barangay residents to start their own gardens either in their own backyards, or if their space is limited, in between houses. 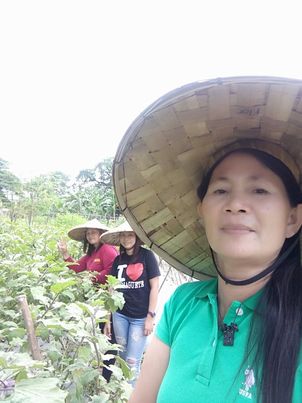 The project has been an especially big blessing during the pandemic. It ensured hyperlocal, naturally grown produce for the community, as well as income for the volunteers during such a challenging time. For Bahani, it means spending more time in the garden. “I wake up at 5am and go home at 7pm. I’m the leader, so I have to do this full time,” she says. “My obligations as a kagawad increased when COVID-19 hit. I’m at the garden until 9am, at the barangay until 4pm, then it’s back to the garden. I also have checkpoint duty from 8pm-12 midnight.”

The group has continued to take advantage of the opportunities that come their way. For example, they have constructed a vermicomposting shed and have recently opened a bakery whose products such as kalabasa cake and munggo pan de sal incorporate harvests from the community garden. The Department of Labor and Employment (DOLE) provided them with basic training for the bakery, though there are some members who are experienced bakers as well. Through smart money management, the group’s savings has grown to almost P100,000 in less than six months.

The establishment of ATIWA and the community garden has helped change Bahani and her co-members’ lives for the better. It’s something she didn’t expect, especially after being displaced by the Zamboanga Siege. For communities who want to start their own gardens, Bahani has some words of encouragement: “Be persistent [with the work needed], believe in yourself and in others, seek the support of your barangay, the DA (Department of Agriculture), and most of all, the Lord above.”

For more information or to buy fresh produce from ATIWA, contact Gemma Bahani at 0915-2446570

From accidental to full-time: How partners got into dairy farming after helping out a friend