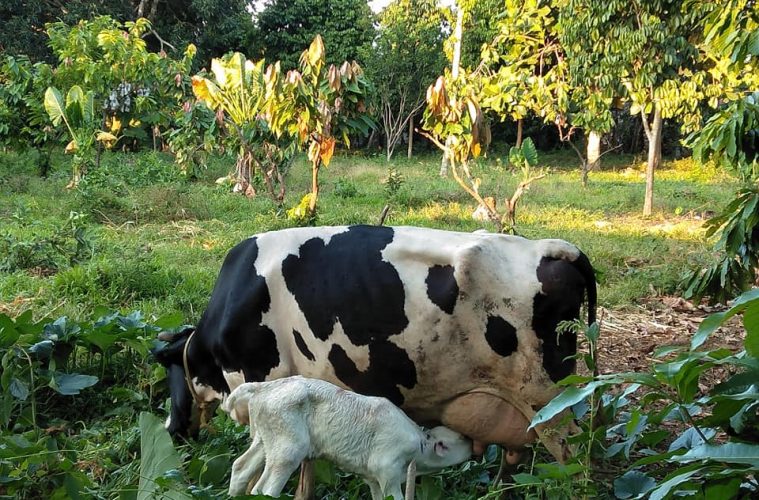 Francis Eric Tam and Jean Michel started out as accidental dairy farmers when they took on the responsibility of caring for a dairy cow.

From accidental to full-time: How partners got into dairy farming after helping out a friend

Accidents always catch us by surprise. There are some instances when it brings negative results, but there are some moments when accidents can lead to good experiences. This is exactly what happened to Francis Eric Tam, 42, and his French partner, Jean Michel.

By pure coincidence, the pair was thrown into a new experience that they weren’t familiar with. In this case, dairy farming. The experience eventually led them to commit to it because of the experience and lessons that they learned along the way.

It was in 2015 when a farmer of a friend asked for help as he needed money because his daughter will be giving birth soon. Tam and Michel were asked if they can buy the farmer’s dairy cow so that the farmer can get the money needed to cover the nearing birth. 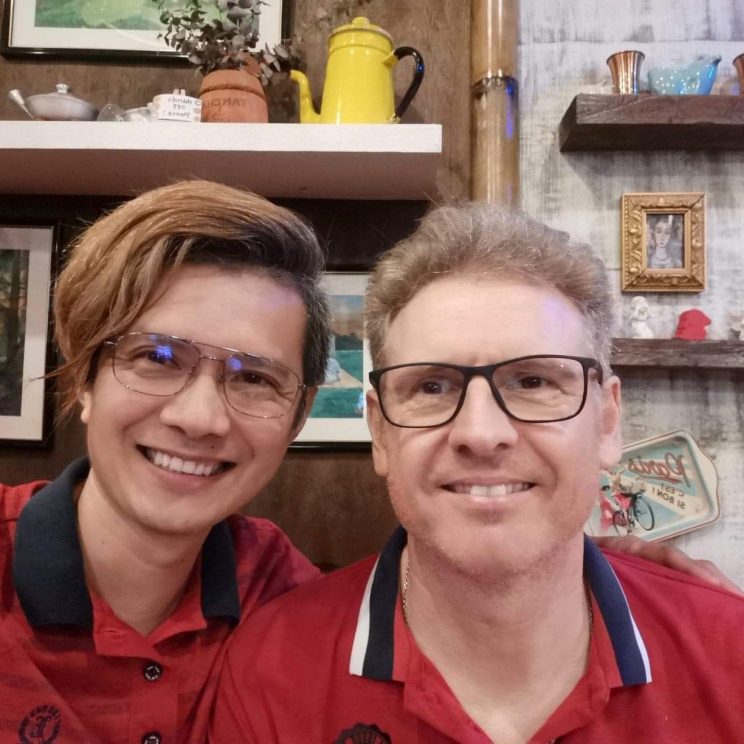 “Without hesitation and zero knowledge about dairy farming, we bought the cow who used to be eight months old then and we named her Dolly. We took care of her and after one year and a half, she calved to a half dairy Brahman male calf,” Tam shared.

He added that he and his partner started calling themselves accidental dairy farmers since they did not expect to be caring for Dolly, a Holstein dairy cow, and her calf.

The cow that started it all

Since both Tam and Michel have no knowledge and background in dairy farming, they had problems with Dolly as she continued to nurse her calf.

“We were so scared and we pitied her after seeing how her udder got bigger and inflamed as what often happens to dairy cows who just gave birth. We then asked for help from our nearby neighbor who has dairy cows on how we can handle a dairy cow who just calved,” Tam shared.

After getting the information that they needed as well as learning the ropes firsthand, the partners began to fully commit to dairy farming.

It so happened that Tam was also inclined to go into farming since he was exposed to it at a young age as he grew up seeing and spending time with his grandmother, Juliana, who used to be a rice farmer.

After being able to care for Dolly and raise her calf, the partners established La Fermette Dairy Farm, which was inspired by their goal of living a simple and relaxing life that’s surrounded by plants, trees, animals, and fresh air.

The couple also wanted to have their own space where they can produce their vegetables and dairy products that are chemical and preservative-free.

La Fermette, which translates to “The Farmhouse” in English, is located in Davao City, Davao del Sur. It also doubles as a cafe bistro where Tam and Michel incorporate the products from their farm into its dishes or sell them as raw ingredients for consumers to enjoy according to their preference.

Creating a family on their farm

From one cow under their care, Tam and Michel added more to their roster as they fully committed themselves to dairy farming. They now have five dairy cows that are either Holstein or Jersey, which are well-known dairy cattle breeds.

“Our cows are part of our family and each of them has a name: Dolly, Lilly, Duday, Mummay, and Cory. We take care of them with passion and dedication as the cows need our constant care,” Tam said. Their cows are 90 percent grass-fed and receive little amounts of banana, spent grain, minerals, and vitamins. 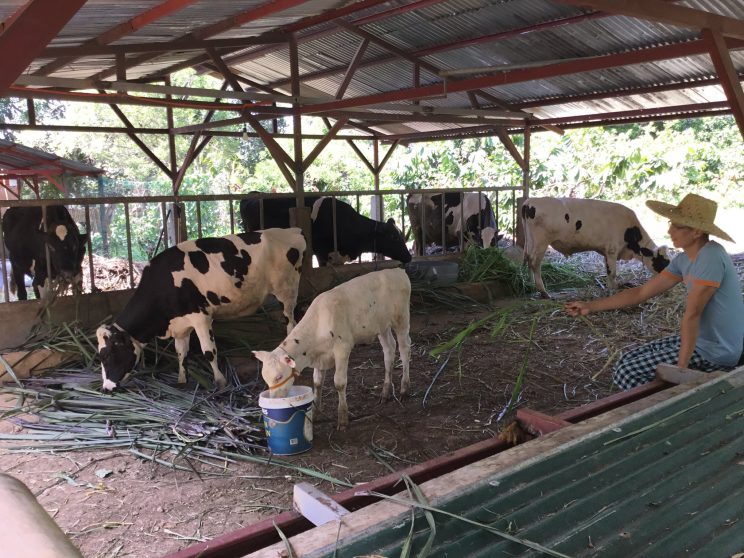 From one cow, Tam and Michel added more to their roster as they became more committed to dairy farming.

But aside from their cows, Tam and Michel also have native chickens and ducks. The latter serves as the source for the eggs that they use for the homemade salted eggs that they add to their restaurant’s dishes.

La Fermette Dairy Farm also has different fruits such as marang, lanzones, durian, pomelo, avocado, guyabano, santol, banana, and langka planted around its area. It also has wild stingless bees to help in pollination as well as honey production.

But aside from raising livestock and growing crops, the partners also run a cafe bistro where they sell their farm’s produce by incorporating them into their dishes or by selling them as raw ingredients. 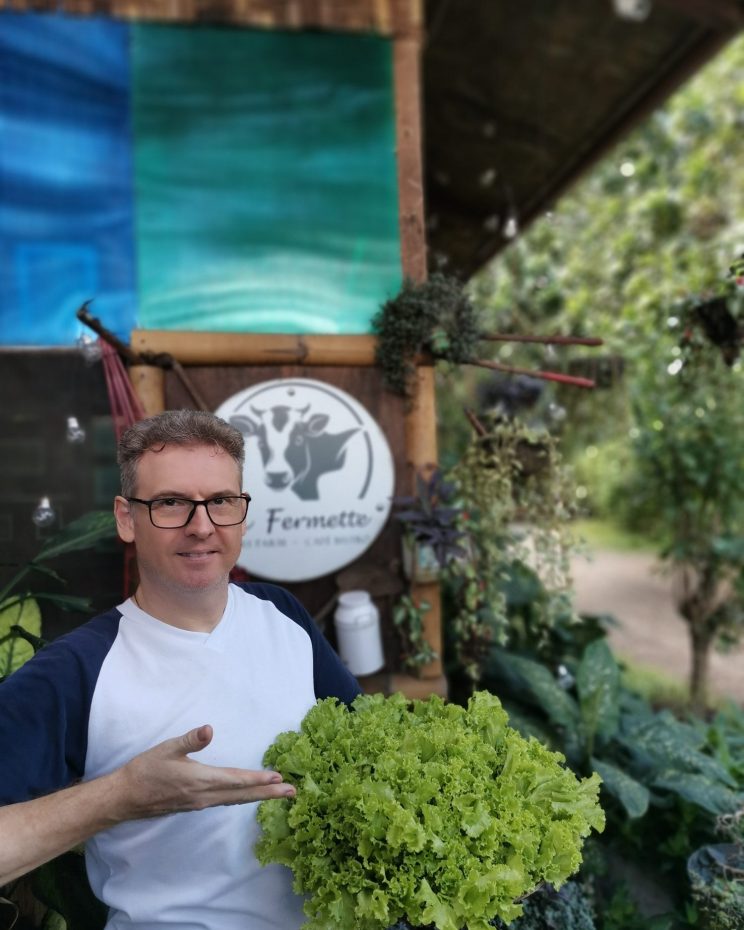 Aside from raising cows, the partners also grow fruits and vegetables in their farm to use as raw ingredients for their cafe bistro.

“We post our fresh milk and homestead dairy products such as yogurt, butter, and cheese online. Step by step, the people appreciated our products because they were able to experience the real taste of fresh products made with passion,” Tam said. 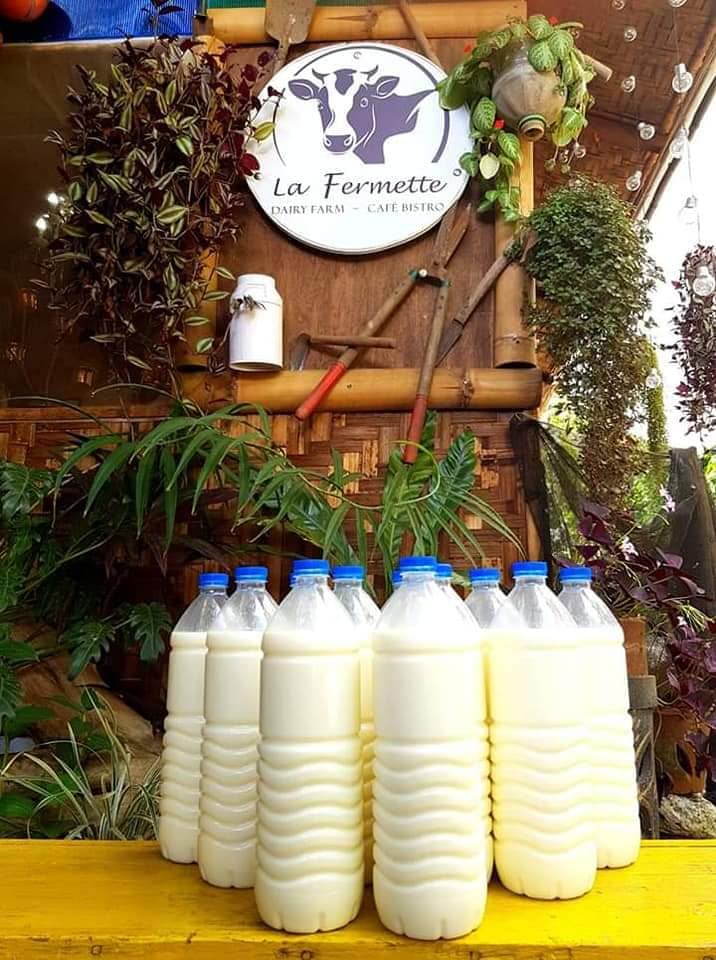 Through their cafe bistro and online posting, Tam and Michel sell fresh products such as milk, cheese, and more.

He added that their customers found the taste of their products to be different compared to the commercial ones at the grocery stores.

Tam and Michel’s cafe bistro offers a variety of dishes such as salads, kinds of pasta, cakes, and more. For its ingredients, the partners need not look further as they can easily source their needs right from their farm.

“We also use our fresh milk for our homemade artisan cakes and more. Everything is traditionally made from scratch, all-natural, and with no preservatives,” Tam said.

Because of this farm-to-table concept, their small dairy gets more valuable income through homemade artisan processed products as compared to merely delivering their products to a dairy cooperative that will sell their goods to consumers.

Another benefit of following a farm-to-table concept, according to Tam, is that the taste of the dishes they offer to customers is unique and none compared to the ingredients that are found commercially.

“The purpose of having this cafe is to offer the best fresh artisan homemade food to our customers who are now more aware of our natural and fresh products. We also try our best to give stable jobs to the neighborhood in need,” Tam said. 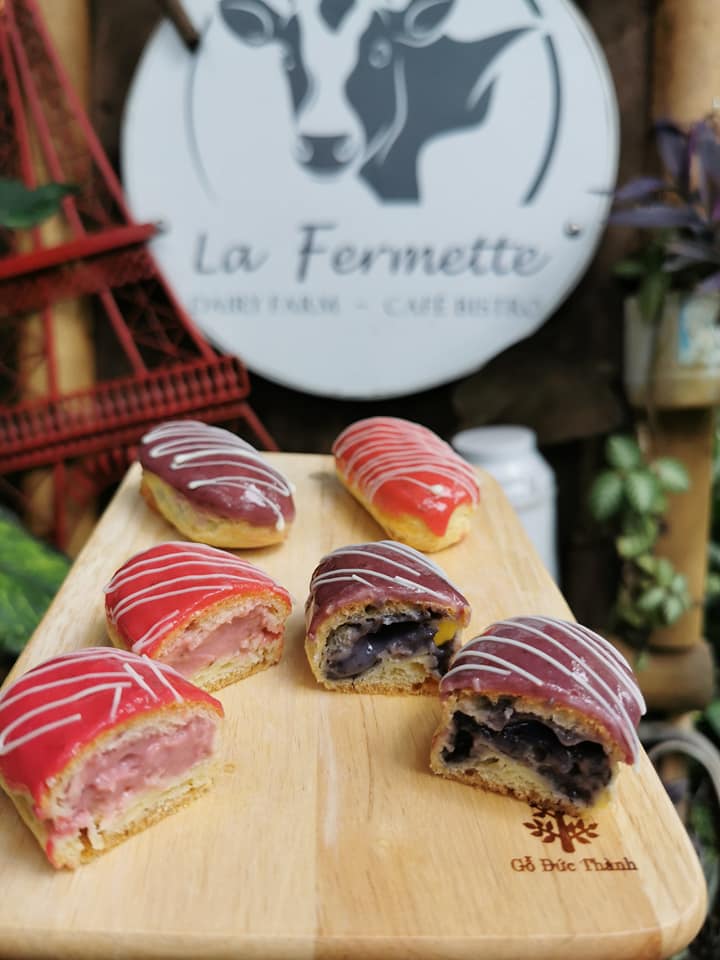 According to Tam, their cafe bistro allows them to serve customers with fresh artisan homemade products that are made from scratch using the products from their cows.

He added that being able to produce their food gives him a sense of security because he knows where and how the food is processed. And by supporting local products, consumers are also helping the people who work with Tam and Michel to provide them with the ingredients that they need for their cafe bistro.

In taking their chances as accidental dairy farmers, Tam and Michel found something that they can fully commit to and develop.