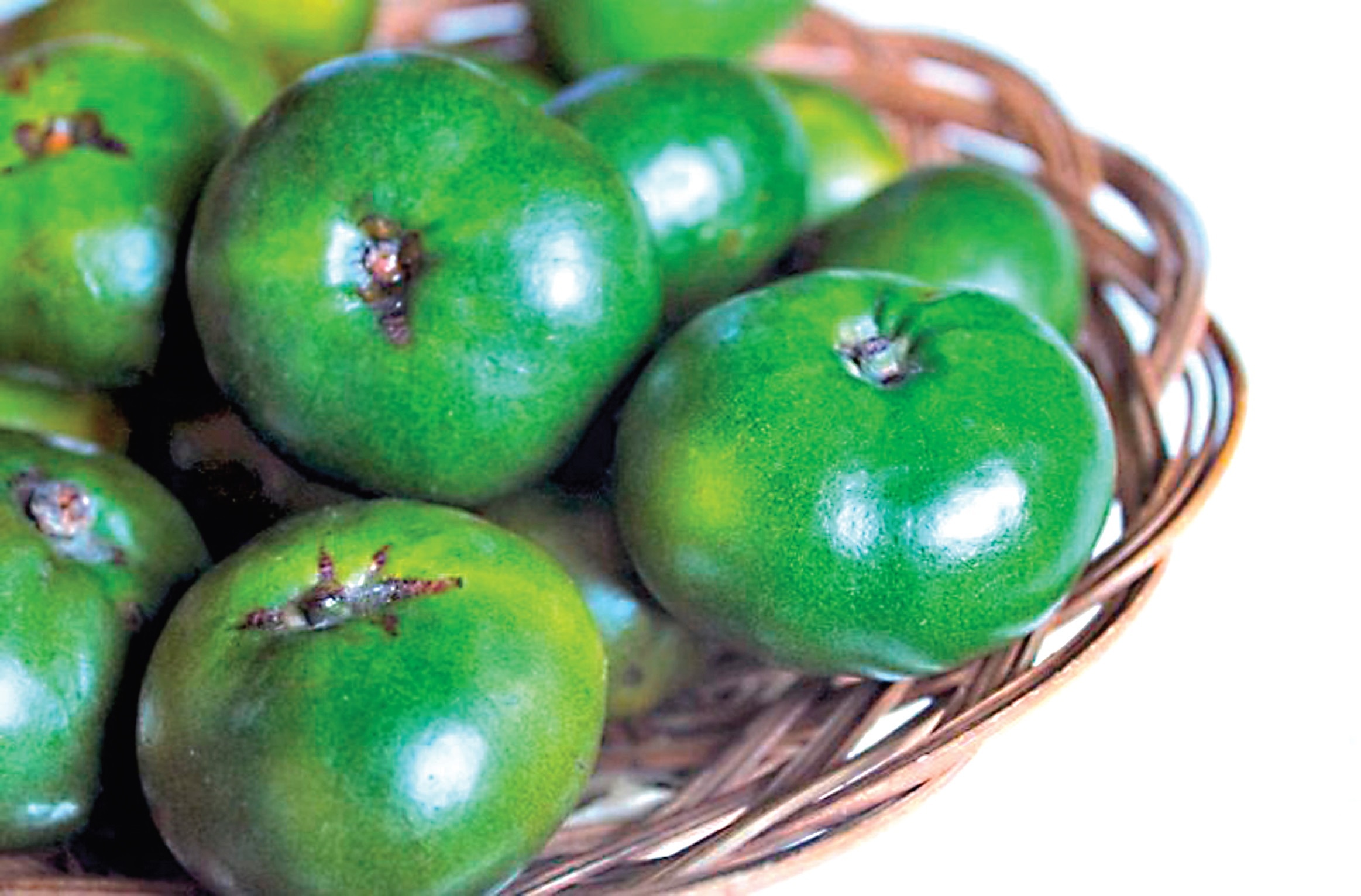 Throughout the Philippines, some crops are indigenous to particular areas. These crops have become a part of the culture in the places that they’re mostly found in.

For instance, the himbabao is a unique-looking vegetable that commonly grows in northern Luzon, making it a favorite ingredient by the Ilokanos. And the lubi-lubi, also known as the Philippine fig, is popular in the Bicol region where it’s also consumed as a vegetable in these parts.

In the Visayas, particularly Iloilo, the indigenous crop that’s well-known because of its acidity and medicinal benefits is the batuan or batwan (Garcinia binucao) which is a member of the mangosteen family.

The batuan is a wild tree that can grow from 12 to 25 meters in height and is usually found in Southeast Asian regions such as Sri Lanka and Vietnam. In the Philippines, it’s found in abundance in the southern parts.

It produces fruits that are somewhat round and has a greenish color which turns yellow when mature. The batuan has a firm outer covering and contains a very sour pulp with four to six seeds inside.

One notable characteristic of the batuan fruit is its sour taste, which is why Visayans add them to their dishes to add some acidity in them.

But aside from being used in dishes, the batuan fruits can be processed to become other products such as jam, powder, jelly, and more.

Another thing that people enjoy about the batuan is that it has health benefits that can help with weight loss and diabetes prevention.

One particular study conducted by student researchers Leann Patrice Ganzon and Anne Nicole Occeña during the 2017 Regional Invention Contest and Exhibit (RICE) discovered that the fruit and leaf of the batuan can lower a compilation common among diabetics known as postprandial hyperglycemia. This happens after eating and can result in abnormally high blood sugar levels.

This study also looked into the biologically active content of the indigenous fruit and how its antioxidant properties have the potential to counter the production of free radicals that damage cells in the body.

In 2016, another study on the health benefits of batuan was conducted by Loraine Bainto of the University of the Philippines in Los Baños. She looked into the isolation and stability of hydroxycitric acid which is known for its anti-obesity properties.

How to grow batuan

Since batuan grows in the wild, some people have difficulty propagating it since it can take as long as six months to two years to germinate, making it a rare find for those who enjoy the fruit.

Yet, some persist and try their luck on growing the sour fruit. Here are steps on how to grow them from seeds:

1. Acquire the seeds. This can be done by purchasing them or by drying the batuan before extracting the seeds.

2. Next, prepare the area or pot where the seeds are supposed to be planted. The soil needs to be composed of 70 percent garden soil, 10 percent compost, 10 percent wood ash, and 10 percent extra sand.

3. If meant to be grown in a container, the medium should have a measurement of 18 to 20 inches wide and 16 to 18 inches deep to support the growth of the tree.

4. Sow the seeds directly into the soil. Make sure that the seeds are planted or stored in a shady area to promote germination. Germination is likely to occur anytime between 30 to 200 days so it’s best to plant more than one batuan seed for best results.

5. Because batuan is a tree that can survive in the wild, it hardly needs extensive care and maintenance throughout its growth. Just remember to water the plant now and then, or when the soil feels dry, especially during its early stages.

These indigenous fruits need not only be a Visayan favorite. By raising awareness and growing it in other areas of the country, more people are sure to enjoy the health benefits and culinary advantages of the batuan. Plus, business-minded people can also use this as a way for them to earn an income.