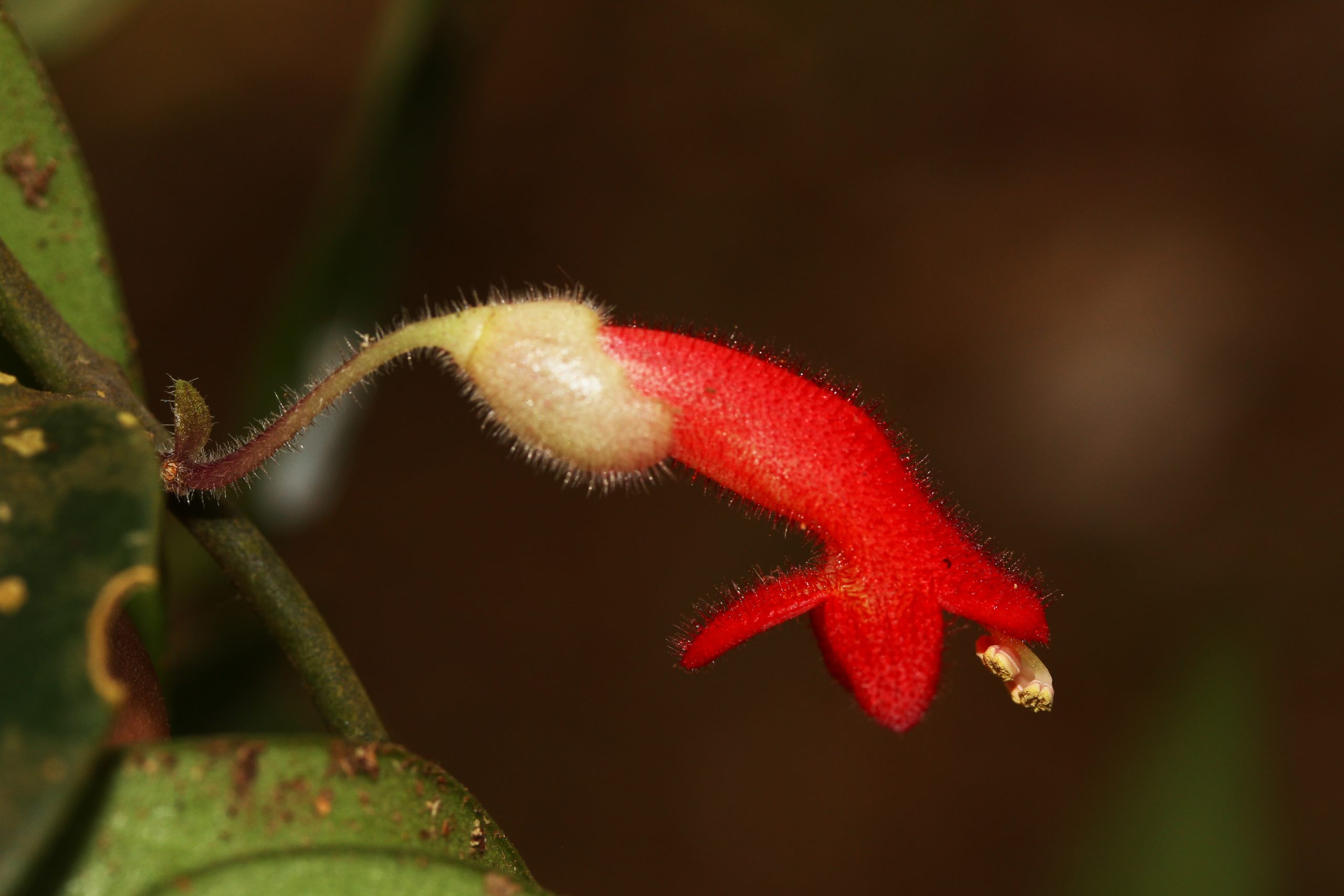 A new lipstick vine has been found in Tawi-Tawi by researchers from the Philippines Biodiversity Conservation Foundation, Inc. (PBCFI) and was recently published in the international botanical journal Phytotaxa with its official species name, Aeschynanthus rejieae. This is the latest Philippine species of Aeschynanthus to be newly described in the past 20 years.

Shiella Mae Olimpos, a botanist from PBCFI, found the remarkable lipstick vine growing in a primary lowland forest in the municipality of Panglima Sugala in Tawi-Tawi near a settlement. Her discovery was part of the PBCFI’s Sulu Hornbill Expedition, with funding and support from the Protect Wildlife Project of USAID.

After confirming that her finding was a novel species of Aeschynanthus, Olimpos enlisted the help of Jayson Mansibang of the Philippine Taxonomic Initiative (PTI) in its description, illustration, and publication. They decided to name it Aeschynanthus rejieae after Rejie Sahali-Generale who, through her strong political will and dedication to conservation, initiated the biodiversity conservation efforts in Panglima Sugala. 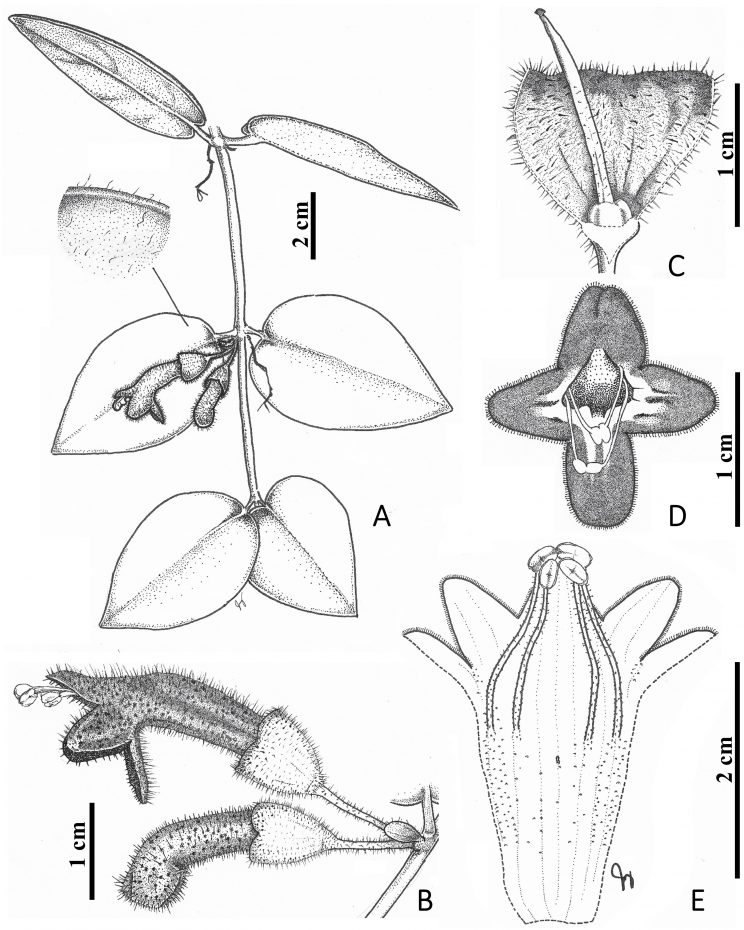 Plants from the genus Aeschynanthus are commonly known as “lipstick vines” in botanical and horticultural circles, due to the shapes and colors of their flowers. They are epiphytic or lithophytic with 160 known species exhibiting high levels of endemism in insular Southeast Asian countries, especially the Philippines.

The last time lipstick vines were described in the Philippines was 20 years ago in 2001, when Mary Mendum published two species from Palawan. With the inclusion of A. rejieae, 31 species of Aeschynanthus are now known and all are endemic to the Philippines.

Aeschynanthus rejieae shares a resemblance to the Philippine species A. ovatus and Bornean species A. obconicus but can be readily distinguished from its larger leaves with fine hairs, hairy and bell-shaped calyx from both surfaces, shallowly toothed disk, and glandular ciliate ovary.

“Like other lipstick vines, A. rejieae holds promising horticultural value for its attractive red flowers. The gradients of red and pink colors in its flowers emphasize the beauty of this plant. Its calyxes are really very striking for a Philippine species with dense hairs inside out! The leaves are also unique with indumentum. A typical lipstick vine would be otherwise hairless,” remarked Jayson Mansibang, the paper’s co-author from Philippine Taxonomic Initiative (PTI).

“The type locality of A.rejieae is primary lowland forest and like many forests in the Philippines, logging, mining, and agricultural expansion pose serious threats to their biodiversity. Furthermore, insurgencies and political instabilities have hampered the conduct of research,” said Shiella Mae Olimpos, the paper’s main author from PBCFI.

“PhilBio has forged partnership with the local government of Panglima Sugala, the Ministry of Environment and Natural Resources (MENRE) of Bangsamoro Autonomous Region of Muslim Mindanao (BARMM), and the Philippine Marine Corps to conserve the globally important forests of Tawi-Tawi that are the homes of the Sulu Hornbill, A. rejieae, and other wildlife species awaiting to be discovered.” 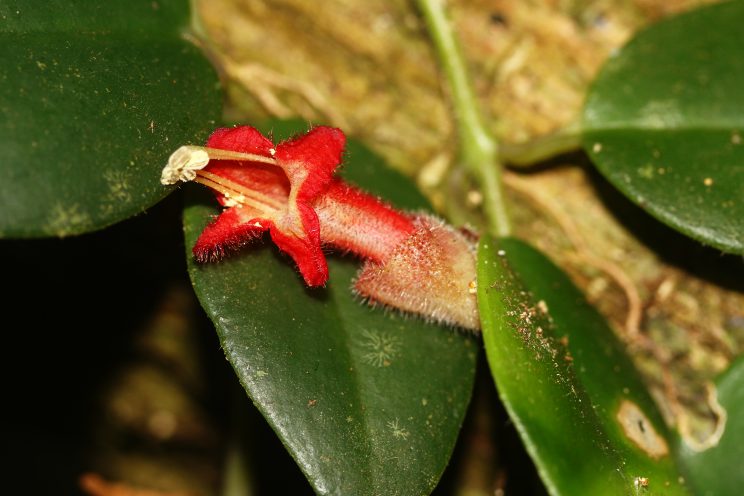 “The discovery of Aeschynanthus rejieae is something the Tausug people can take pride in because it is found in their locality. Tawi-Tawi is an unexplored gem and I hope this new find will rekindle interest in biodiversity studies and conservation programs in the island given that its remaining forest holds unique but threatened flora and fauna,” continued Olimpos.

The full report entitled “Aeschynanthus rejieae (Gesneriaceae), a new species of lipstick vine from Tawi-Tawi, Philippines” was authored by Shiella Mae Olimpos and Jayson Mansibang, and can now be found in the international journal Phytotaxa Volume 487, Number 2.

Organic news from around Asia