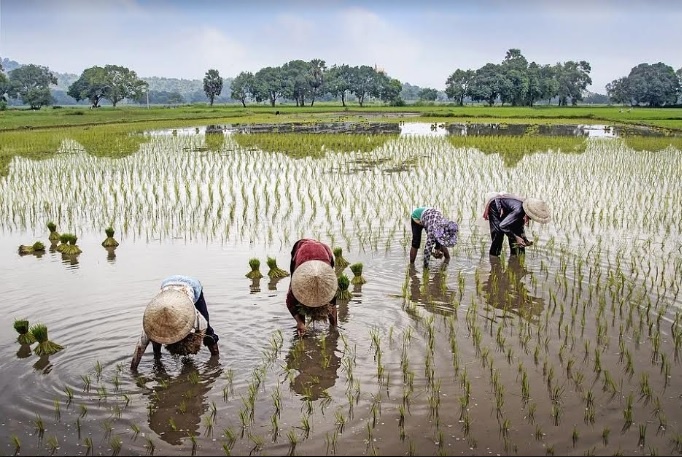 Photo by vietnguyenbui from Pixabay

Every March 8, we celebrate International Women’s Day where we recognize the achievements of women in their chosen fields of expertise as well as the steps they’ve taken to promote equality and break gender barriers.

Women from all over the globe have already demonstrated what they’re capable of and are continuously doing so. The field of agriculture is no exception to the achievements of women since several have already found success in farming.

Here are four Filipinas who have established a career in agriculture, aside from the original industries they have made their names in:

A champion of Philippine fabrics, Beatriz “Patis” Tesoro is known for her colorful, flamboyant, and unmistakably Filipino designs. But aside from being a fashion designer, Tesoro also enjoys farming.

Her three-hectare property in San Pablo, Laguna serves as her venue for practicing permaculture, which revolves around the design philosophy of working with nature and treating plants and animals as a whole system.

As both a farmer and fashion designer, Tesoro can apply the things she learned from one thing to the other. For instance, her eye for design reflects on the visual of her farm, while her passion for farming taught her to pursue values training, which helps foster responsibility.

In a way, her childhood dream of living on a farm has helped her live a happy life as well as grow as a designer.

One of the key persons of the Philippine National Bank (PNB) plays a different role from the one she already has.

PNB Chairwoman Flor G. Tarriela also runs her own garden in Antipolo, Rizal that serves as a bird and butterfly sanctuary as well as an educational destination composed of different gardens that have their own specialty.

Known as Flor’s Garden, Tarriela teaches, practices, and shares ideas with their guests so they can become more aware of the environment and be more active in protecting it. She even promotes the growth and use of medicinal plants.

All the elements found in Tarriela’s garden were born out of a love for gardening and she developed this passion into something that not only makes her happy but also inspires and informs others as well.

Located in Alfonso, Cavite, The Weekend Farmer is a 2.5-hectare farm that was born out of Pinky Peralta’s way of coping with her grief and loss after her miscarriage.

Being an interior designer before becoming a weekend farmer, Peralta had no prior knowledge of farming. But determined as she is, Peralta read books, attended training, and asked people with farming experiences.

Her inclination towards farming comes from her early years with her grandfather. And even though her passion for farming kindled when she already had a family, Peralta believes that the patterns that she followed in agriculture are rooted in her childhood experiences.

(Read about The Weekend Farmer here)

Angelina “Angie” Mead King is a woman with many titles. She’s a hotelier, restaurateur, car shop owner, race car driver, vlogger, TV host, and model. She is also a farmer.

But because of her entrepreneurial and innovative mind, King is the owner of King Tower Farm, the first vertical aeroponic Tower Farm in Asia. The farm also had a hydroponic farm, a fruit orchard, and an apiary.

When King inherited the farm after her father passed, she decided to develop the area so it can supply her hotels and restaurants with farm-to-table food.

King continues to teach herself the basics of farming through books and internet videos and with the help of the soil scientists and agriculturists whom she employs.

These are only some of the successful Filipina farmers who have since made themselves known in the field of agriculture. Countless others have also reached their goals in farming with many others following suit.

And as society continues to progress toward eradicating gender inequality, more women will be given the recognition that they deserve for their endeavors in whatever field they choose to excel in. Whether it’s in agriculture, sports, politics, or more, women will continue to challenge society and themselves to prove that they can do anything they want as long they put their mind to it.