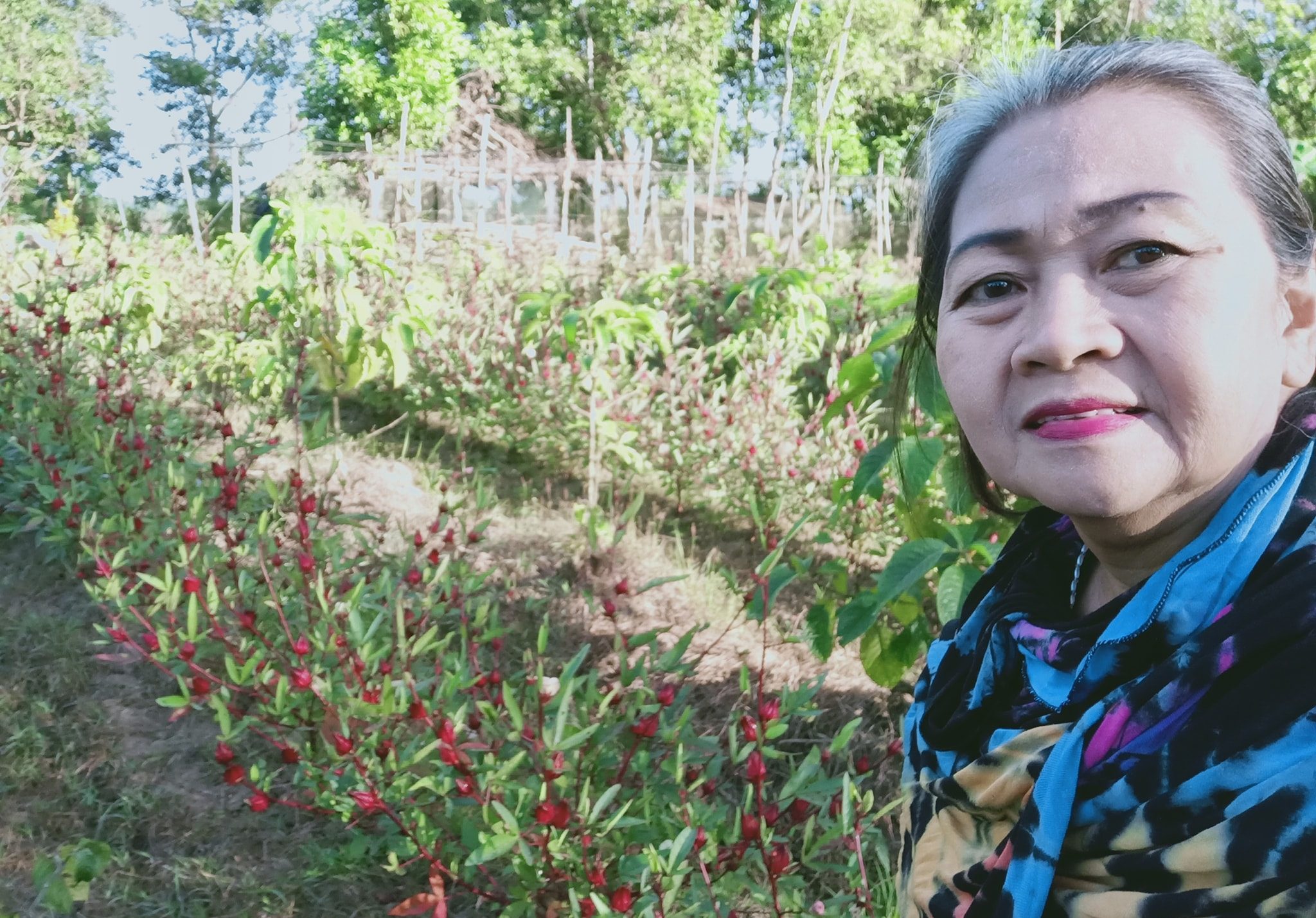 Bernadette ‘Edith’ G. Capule, 63, is a retired businesswoman whose ambition is to provide safe, nutritious, and chemical-free food for her family. In 2014, she used the family’s agricultural land to make this possible. 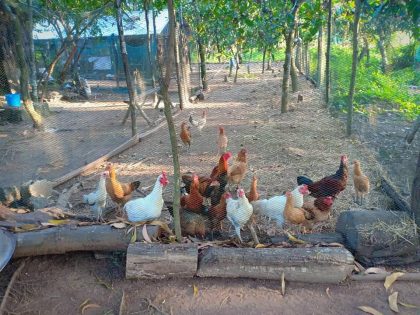 YESHA Seedsower’s Farm has also been engaged in poultry farming. It is home to animals including assorted varieties of native, free-range chickens that are fed with natural feeds. 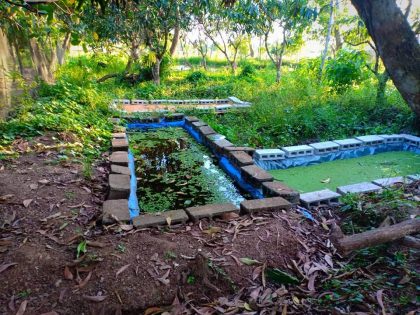 Through azolla cultivation, they get free natural feeds for their chickens, ducks, goats, and fishes.

Although the farm has been with Capule’s family for over 25 years already, it was only in 2014 that the farming system was converted from conventional to natural farming. Busy with their main business then, Capule said that the land was previously managed by a relative who used to practice conventional farming methods before they took charge and transitioned to natural farming.

Capule and her husband Ruel I. Capule wanted to show that food can be grown with no chemicals involved, which is why they opted for natural farming. Through this approach, they do not only set an example to others, but they also keep their farmers, consumers, and the environment safe from any toxic inputs. 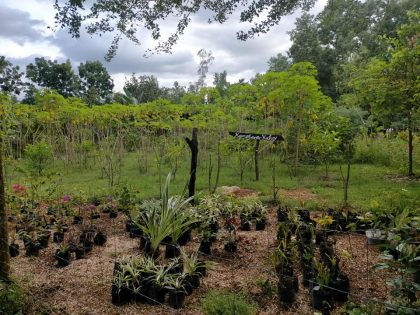 This is the nursery where they place the seedlings of various plants. Adjacent to the nursery is the area for cassava or kamoteng kahoy. 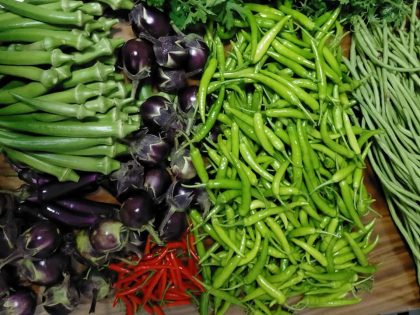 Some of their freshly harvested produce including okra, eggplants, chili pepper, and sitaw.

The farm’s name Yesha is a Hebrew word that means salvation, which also happens to be the name of Capule’s granddaughter. She explained that by naturally growing food on the farm, their family and the community around them will be ‘saved’ from many illnesses in the long run.

Agriculture as a reliable source of food supply

Four hectares from the land is their rice field. They mainly grow an open-pollinated, non-hybrid variety of rice. The other parts of the land are where vegetables and fruits such as guyabano, atis, and dragon fruit, are produced. The farm is also home to free-range native chickens, ducks, and goats. Red tilapia fishes and freshwater shrimps or ulang also coexist in their 400 sqm pond that they raise for personal consumption only. In the late afternoon, they feed the freshwater shrimps with squash, while they provide azolla or water fern and rice bran for the red tilapia. 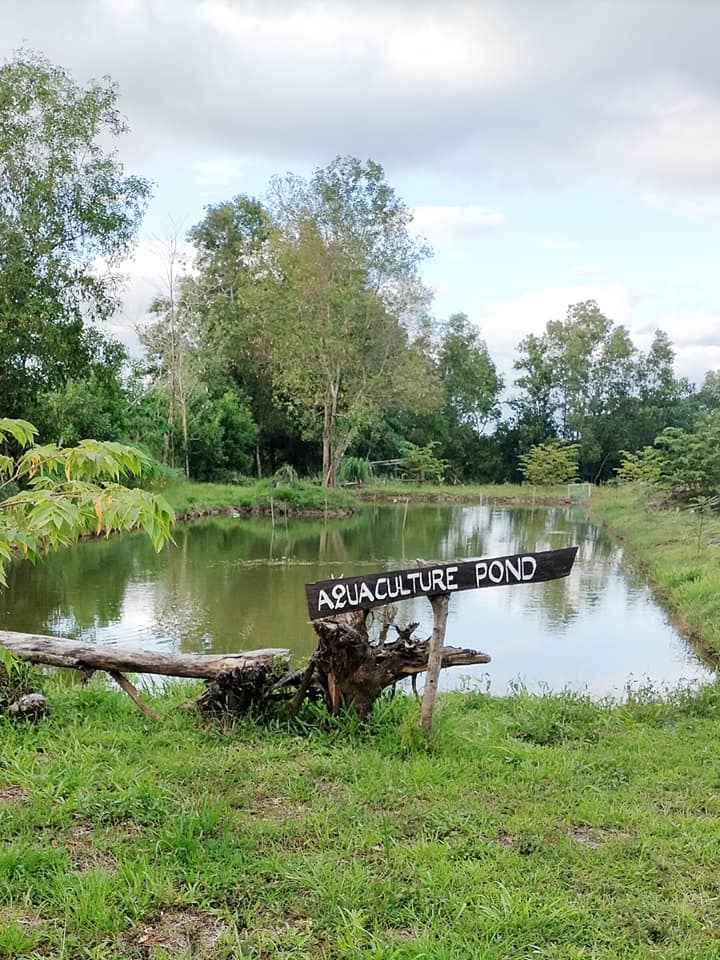 This is the farm’s 400qm aquaculture pond where red tilapia and freshwater shrimps or giant freshwater prawns (ulang in Tagalog) are reared.

YESHA Seedsower’s Farm also has an ample supply of water since there’s a nearby dam in the area. “We use a water pump in irrigating our farmlands.” Capule added, “We use hand tractors in cultivating our rice fields during land preparation.” They also create their natural fertilizers using vermicompost and properly prepared animal manure. There is also a nursery on-site where they prepare young plants before planting them on the ground.

Capule gets help from their full-time and seasonal workers to maintain the farm, especially during periods that need heavy work. At present, two workers and their families stay on the farm. The farmhands and their families are regularly supplied with rice, vegetables, and other naturally-grown food from the farm.

They harvest rice twice a year, gathering about 18 tons of rice per harvest season. While vegetables are produced year-round and are just enough to feed families on and off the farm. The farm also produces plenty of fruits that they can consume and offer to customers. Any surplus produce is offered to friends, relatives, churchmates, and neighbors. They also harvest four to five kilos of shrimps and fishes every week, which are all for their own consumption. 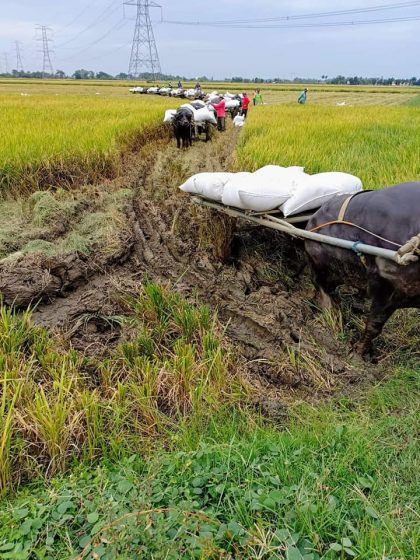 Out of the nine hectares, four hectares of the land are devoted to rice farming. 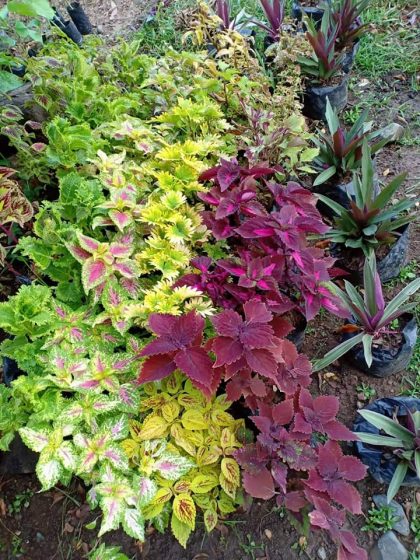 Besides the food crops, Capule also cultivates ornamental plants around the farm like mayana or coleus plants.

The family farm has been an ATI-accredited learning site for agriculture since June 2018. The Capules plan to expand their services and be an accredited training site and farm tourism destination in the future.

Today, they mostly focus on producing crops for personal use since other farm elements are not yet earning much, except for their key crop—rice. Since Capule and her family acquire food from the farm, the only thing that they purchase in stores nowadays is condiments.

Filipinas who farm: Four women who found success in agriculture

Can you plant old seeds?