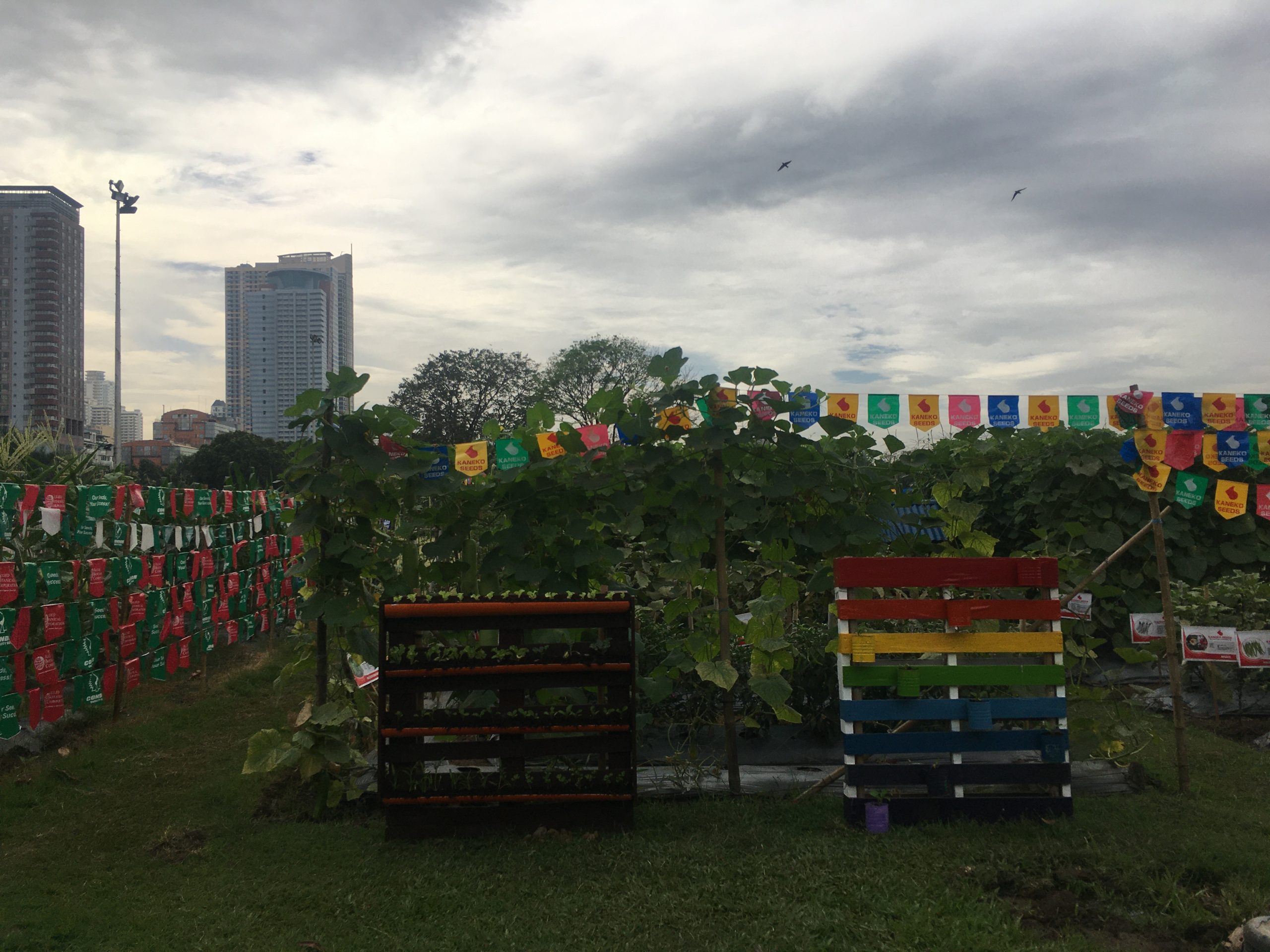 Rizal Park now has an urban garden that is open to the public.

To support national efforts towards ensuring food security for all Filipinos, the Rizal Park

developed an Urban Garden at the Burnham Green of its Western Section near the Quirino Grandstand. The urban garden not only serves as an additional green space for the public but also aims to promote appreciation for and best practices in urban agriculture among city dwellers. 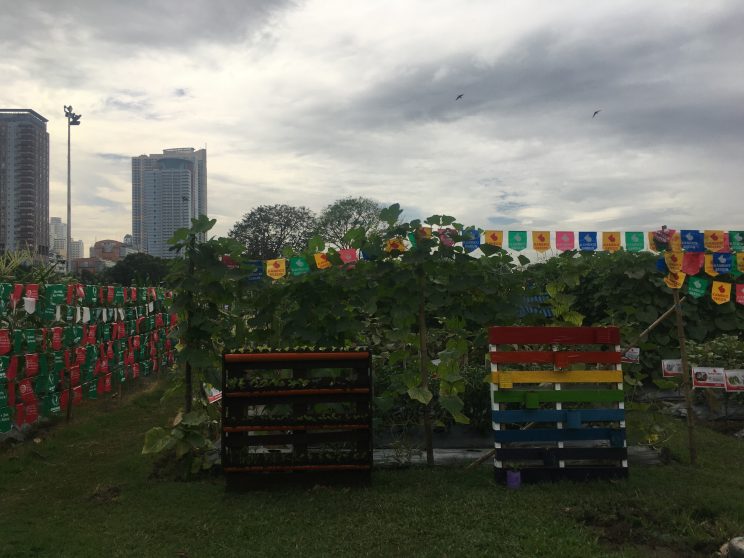 Rizal Park now has an urban garden that is open to the public.

Self-sufficiency in the middle of a pandemic

“This is the fruit of a beautiful partnership and has many objectives,” Department of Agriculture Secretary William Dar said in Tagalog during his speech during the garden’s opening ceremony on March 12, 2021. “Number one is really to highlight that every Filipino needs to produce their own food in the middle of the pandemic. This is a global pandemic and it is affecting everyone not only the sector of agriculture but every man and woman on this planet. “The production of food is equally important as the fight against COVID-19 pandemic so that every Filipino is healthy and has access to nutritious and affordable food.”

According to the Food and Agriculture Organization of the United Nations, the COVID-19

and could lead to a global food emergency unless immediate action is taken (FAO, 2020). 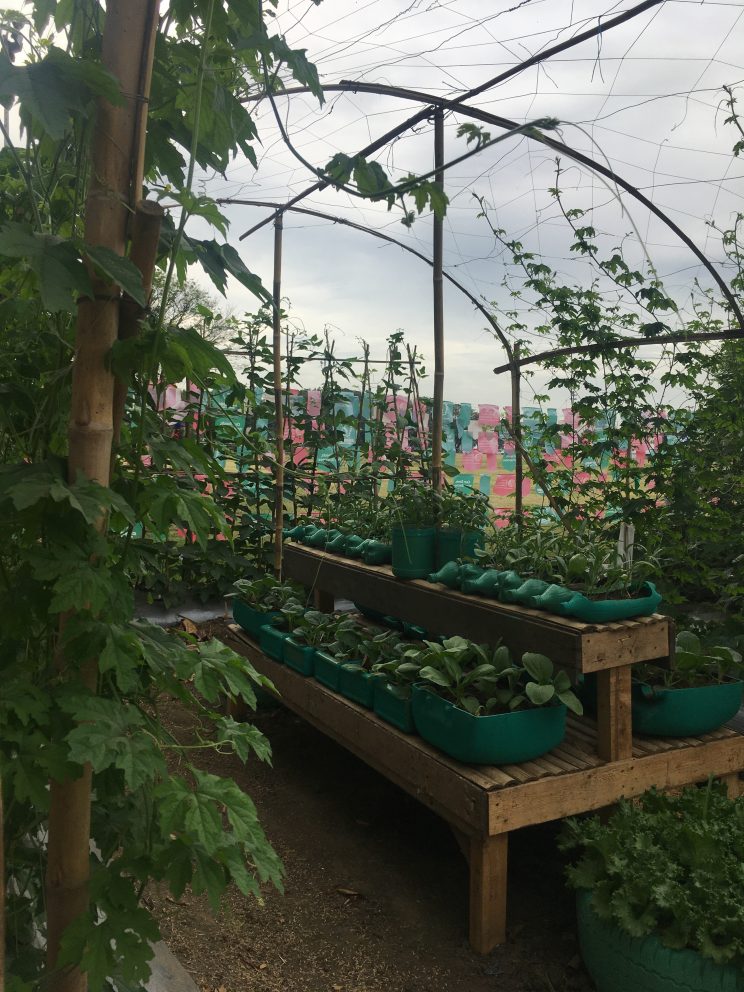 Parts of the urban garden use upcycled material as planters.

Growing food in the city

”And of course the other objective would be to showcase that in the urban areas, it is possible to have food production, vegetable production. There is also rice production here,” he added, alluding to the Park’s rice garden which was established in 2003.

Spanning a thousand square meters, the new urban edible garden was established by the National Parks Development Committee (NPDC) in collaboration with the Department of Agriculture–Bureau of Plant Industry, as well as partner seed companies.

Secretary Dar added that he hopes that the urban garden becomes a permanent fixture and that it would be joined by greenhouses. “I am committing the resources of the Department of Agriculture to really set up a more or less permanent urban gardening project in tandem with the National Parks Development Committee,” he said. 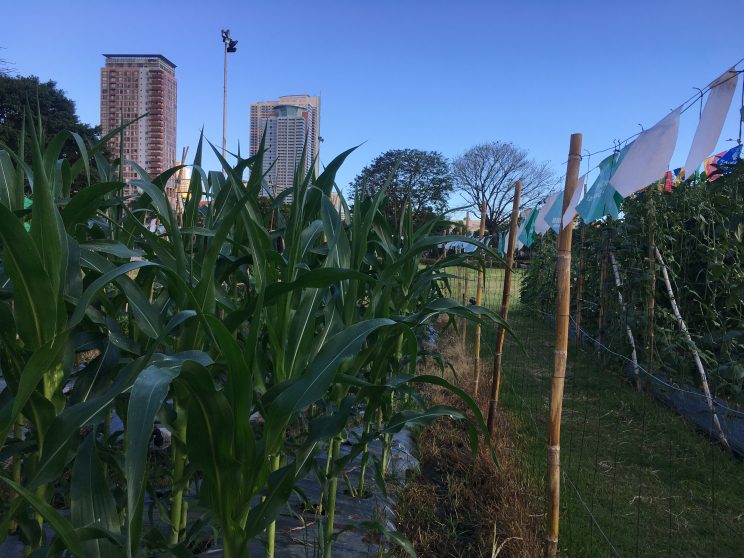 The urban garden includes a small plot of corn.

The area will also play host to a weekend vegetable market which is open from 5am to 2pm evry Saturday and Sunday starting March 13, 2021. “I am also committing the group of the Department of Agriculture through our Kadiwa ni Ani at Kita so that we can systematically bring farmers cooperatives every Saturday and Sunday to market their produce here at low prices,” Secretary Dar added.

Both Urban Garden and Farmers’ Market at Rizal Park are open to the public. Burnham Green is the section of Rizal Park near the Quirino Grandstand.

How social media became a useful tool in gardening