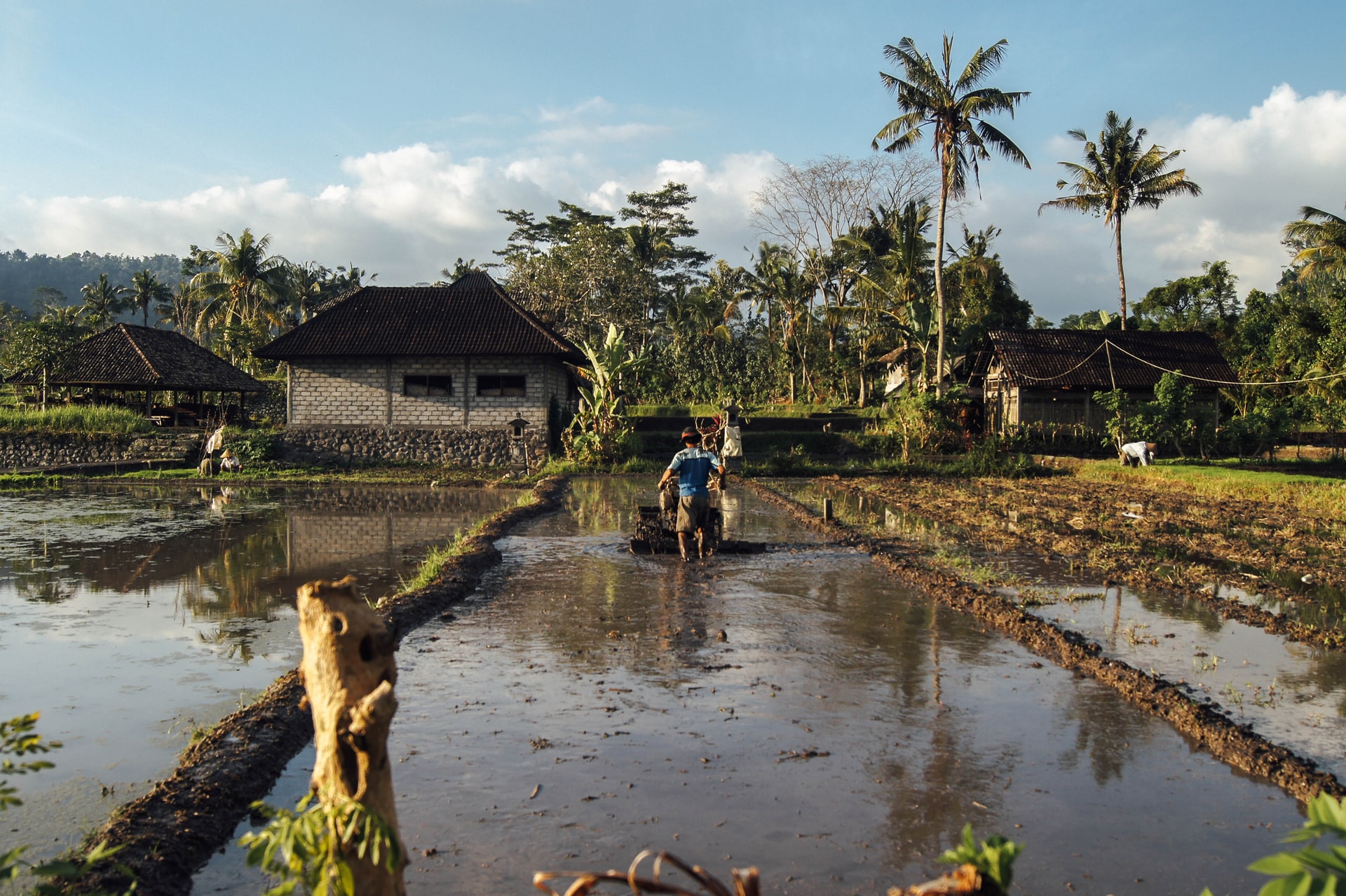 Organically grown vegetables mean many things: naturally grown, synthetic chemical-free, safe,  sustainable. Unfortunately, it can also mean other things: expensive and often inaccessible to small farmers and consumers on a tight budget. The Participatory Guarantee System (PGS) is hoping to change this.

In 2010, Republic Act 10068, also known as the Organic Agriculture Act of 2010, was signed into law. This made it illegal to label products as ‘organic’ without the proper certification. Unfortunately, since getting certified by a third party is expensive, costing about P40,000 per product, this means that a lot of small farmers were left out. It also meant that farms had to price their organic products at a premium to make up for the cost of certification. This is why organic produce sells at a higher price.

This was amended in December 2020 through Republic Act 11511, which, according to an article published by the Philippine News Agency, “establishes a Participatory Guarantee System (PGS), which refers to a locally-focused quality assurance system that is developed and practiced by people actually engaged in organic agriculture.

“It is built on a foundation of trust, social network, and knowledge exchange and used to certify producers and farmers as actual and active practitioners of organic agriculture.”

Through this, it is hoped that more small farmers and fishers will be able to certify their farms or catches as organic under the law without having to pay the hefty fees associated with third party certification.

What is the Participatory Guarantee System?

According to Lucille Ortiz, a representative of Magsasaka at Siyentipiko para sa Pag-unlad ng Agrikultura (MASIPAG) who is also part of the PGS Pilipinas (a network of PGS practitioners) Secretariat, “per the IFOAMS’s (International Federation of Organic Agriculture Movement) definition, PGS locally focuses on quality assurance systems.”

PGS Pilipinas is a network of PGS practitioners. It is, at the time of the interview, comprised of 16 PGS groups from Luzon, Visayas, Mindanao.

This means that the goal of PGS isn’t just organic certification but active participation in community building, with the goal of empowering not just smallholder farmers and fisherfolk, but everyone engaged in the system. Aside from producers like farmers and fishers, this can also include “consumers, government organizations, research-based groups, (the) academe, local government units, and other individual advocates of organic agriculture,” Ortiz says. “What is most important is that farmers aren’t excluded from PGS, of course. If (you’ve been) practicing organic agriculture for two years or so, you can start your PGS.”

What are the benefits of PGS?

The first benefit of being a PGS member is, of course, certification. “PGS was formed so that (small farmers and fishers) would have an alternative form of certification from the third party certifying body,” Ortiz says.

Another benefit is active participation in the certification process within one’s PGS group. Ortiz continues, “We always emphasize that aside from the certification itself, it’s the formation of set core values… the solidarity of the stakeholders, the development of a system where everyone is involved, from the setting up of the PGS itself, the completion of requirements, until decision-making. That’s what we see as a bigger benefit, aside from the spreading of the principles of organic agriculture.”

Members of a PGS group have to work hand-in-hand in building their group from the ground up, from drafting guidelines to fulfilling requirements to checking each other’s farms to see if they fulfill the standards their group has set. There are no set land area requirements for members, though it is stressed that the program was developed for small farmers and fishers. “Priority is given to small-scale farmers with crops and livestock,” Ortiz says. “The difference with PGS and third party [certification] is that it’s not certified by commodity. [In PGS], the whole farm is certified [as organic], so diversification is included in the principles of PGS. [This includes] crops [and] livestock. The integration of these components is also taken into consideration for the development of the whole farm. It’s not looked at as per commodity. It’s the whole farm, actually.”

As previously mentioned, organic certification can be costly, amounting to around P40,000 per scope. “…meaning if you want to certify your organic rice, you have to pay P40,000 for rice alone, and if you want to certify your livestock, that’s another P40,000,” Ortiz says. “This is why organic produce is seen as expensive, because only big farms are able to get certified… they have to earn back what they paid for certification, which adds to the cost of their produce….”

In the Participatory Guarantee System, the whole farm is taken into account using standards that the group one joined agreed on, the minimum being the Philippine National Standards for Organic Agriculture. “Because this is the minimum, PGS groups are allowed to set their own standards as long as it doesn’t go below the minimum,” Ortiz says. “They can be stricter when it comes to organic standards but they cannot go below what was set by the Philippine National Standards for Organic Agriculture.

There will still be a fee for certification, but its amount will be set by the PGS group members themselves. Ortiz cites examples where certification fees can range from P200-P2000 depending on the PGS group. But even at P2000, it is still more affordable to the small farmer than the P40,000 per scope.

PGS groups can market their products as organic using their own labels and logos. If they are a member of PGS PIlipinas, they can include its logo in their packaging as well.

The point of PGS, Ortiz says, is to allow everyone to enjoy organic produce. “So it’s not just those who can afford pricey organic produce who can benefit from safe food,” Ortiz says. “This is why we don’t agree that certification should be expensive.”

Protection for farmers and consumers

The biggest benefit farmers get from the PGS system is being able to label their products as organic under the law. For consumers, it’s knowing for sure that the produce they are buying has been farmed under strict organic farming guidelines.

Many small farmers already practice natural farming by default but are unable to label their produce as organic by law. Getting PGS-certified will allow them to do so. “We’re returning to the farmers the right to claim that their produce is organic by having certification,” Ortiz says.

She adds that, “It’s a bit ironic that if a farmer wants to produce organic food, the burden is on them to prove that their food is organic, whereas conventional [farmers] don’t have to do that.”

Having produce labeld PGS-certified organic also helps consumers because there are many products nowadays that claim to be organic even if they aren’t certified as such. Seeing the PGS label on a product builds the relationship between consumers and producers. “[It encourages] consumers not to be consumers alone but co-producers,” Ortiz says, “So they get to know the farmers and are included in the farmers’ fight to call their products organic. In this way, the consumer shares in the promotion and spread of organic agriculture.”

The PGS system also allows for export potential. The system is practiced in different countries, so exportation is a matter of finding the equivalent organic certification standard in the country one plans to export to. “They can exchange organic products,” Ortiz says.

That said, she emphasizes that the goal of PGS is not export but food security on the local level—something very important given the Philippines’ precarious food security situation. “Though PGS-certified produce can be exported, the priority should still be local, safe food security, so even before export, production for local consumption should still be number one,” she says. “ This is something that should be avoided—that organic agriculture become export-oriented.”

How does one get PGS-certified?

“Unlike third party certification, which is an independent project group, a PGS group requires the participation of each member,”Ortiz says. “Five-10 individuals can form a group. They will form committees inside the group and they will test their own manual of operations. This includes committees and the functions and roles of the committee members, fee structure… of course they have to have a copy of the Philippine National Standards, and the scheduling of capacity building. Some people may think that they can just apply and get certified, but with PGS, you have to form the group and everyone has to be part of the PGS implementation.”

In short, everyone has to play a role in their PGS organization. Ortiz emphasizes that the key words in the Participatory Guarantee System are “active participation.” “You don’t just apply, get a certification, and then done. It doesn’t work that way.”

The Participatory Guarantee System isn’t just about making organic certification more affordable to farmers and making organic produce more affordable to consumers. “PGS shouldn’t be relegated to just certification, but rather building solidarity among the stakeholders forming the core value formation in how PGS can be a tool for rural development and poverty alleviation,” Ortiz says. “That’s the main objective of PGS. It’s not about certification but also the development and spread of organic agriculture as a whole.”

What type of gardener are you?

One size does not fit all: Marine scientists say most parrotfishes sold in the markets aren’t endangered and that misinformation and misplaced conservation endangers fisherfolk