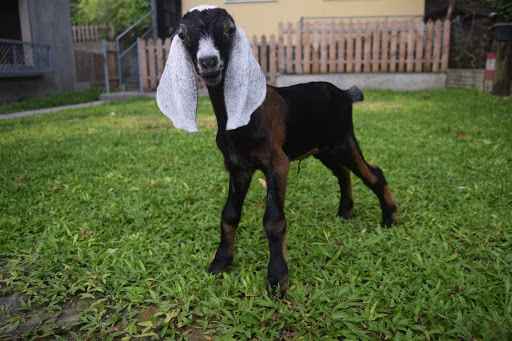 There is money in agriculture. Many can attest to this claim as they have made a fortune by tapping into the rich resources and opportunities of agriculture to turn a profit. And like with any other business, there are factors to consider to secure the profitability of an agriculture-related venture.

For Randy O. Valerio, the owner of R.O. Valerio Dairy Farm, finding alternatives to oversaturated markets and value-adding is how he makes a profit from his livestock raising venture.

Valerio’s interest in farming sparked when he was in college, prompting him to take up Agricultural Mechanics focusing on mango farming and production at the Central Luzon State University.

Randy O. Valerio is a graduate of Agricultural Mechanics from the Central Luzon State University where he learned about farming and livestock raising.

“While I was studying, I had thoughts of finding profitable alternatives aside from just mango production,” he said.

During his stay at CLSU, he saw the goats that were being raised at the Small Ruminants Center (SRC) that were unusually large and attractive. This piqued Valerio’s interest and later started his passion for livestock raising, particularly goats.

R.O. Valerio Dairy Farm was established on November 16, 2018. Measuring 7, 906 sq.m. and located at Sitio Gugu, San Vicente, Bacolor, Pampanga, it is the only dairy farm in Bacolor that is located two kilometers away from the town proper.

The dairy farm is committed to spearheading the production and marketing of goat milk soap and good quality of Anglo-Nubian and Saanen goats as well as water buffaloes in Pampanga.

“I chose Anglo-Nubians because they are the best-suited breed for dairy purposes and very well adapted to hot climatic conditions, they can tolerate high temperature and frequent change of weather. This breed has been used in grading-up programs in many tropical regions or countries to increase the milk and meat production of local goat breeds,” Valerio explained. 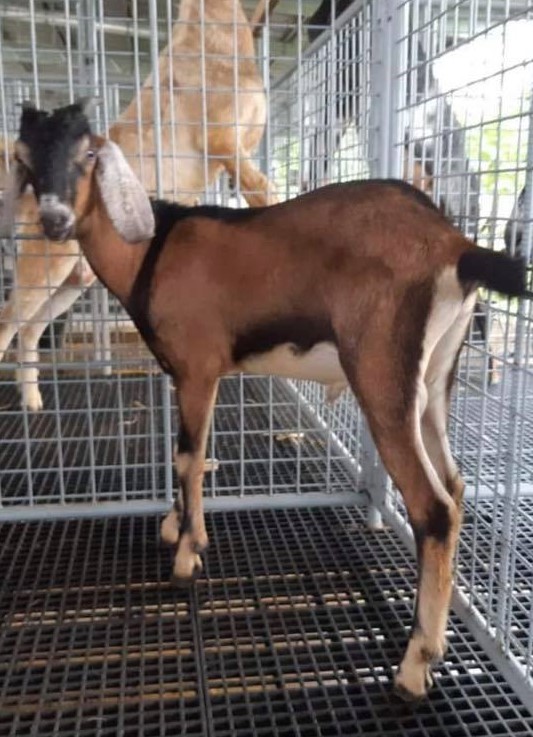 The other goat breed that Valerio chose is the Saanen which is known to be heavy milk producers.

“A female Saanen goat produces four to 4.5 liters of milk per day. They are the largest among all the dairy goat breeds and can adjust to any environmental changes. Water buffaloes are raised for local fresh milk commodities in the area,” Valerio said.

Valerio also cares for other goat breeds such as Alpine, Lamancha, and Boer which are also known for their milk production abilities.

On the other hand, the water buffaloes breeds include Italian, Brazilian, and Bulgarian. Each breed is known for its dairy and meat purposes.

But aside from raising goats, Valerio is also engaged in raising poultry layers, particularly the Dekalb breed. From the chickens, the owner of R.O. Valerio Dairy Farm manages to harvest eggs every day and sell these for consumption. 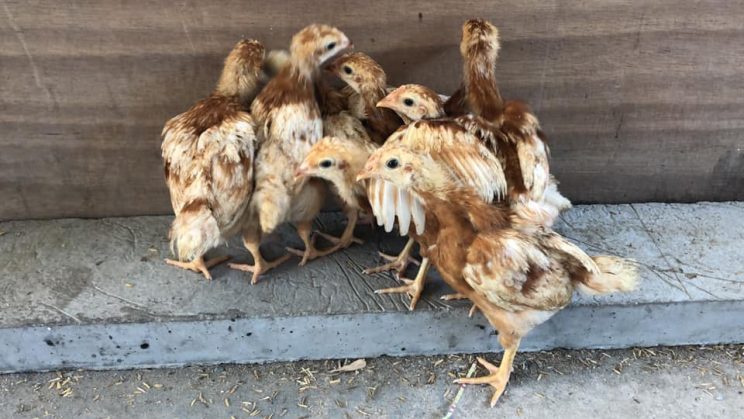 Valerio also makes a profit from selling good quality goats to other small farmers and by selling frozen, raw, and unprocessed milk online after seeing that some animal or pet breeders require goat milk for their pets’ sustenance.

Aside from being a dairy farm and earning from selling goats, eggs, and goat milk, R.O. Valerio Dairy Farm found another way for them to make a profit from their available resources. Through value-adding, Valerio can turn his goats’ milk into an ingredient for soap, eventually committing his farm to the production of goat milk soap. 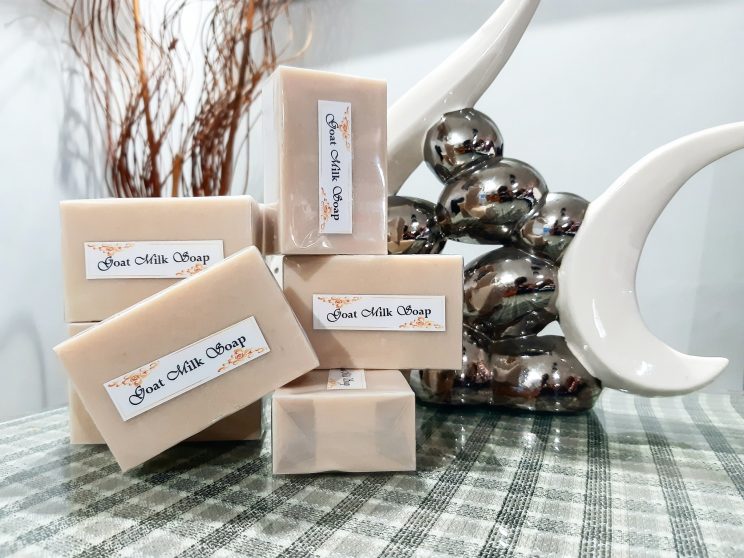 The farm promotes the production and marketing of goat milk soap.

“In the last quarter of 2019, we attended a seminar on soap production, having in mind that we want to produce a non-chemical soap using our farm’s goats’ milk yield,” Valerio said.

He shared that goat milk soap is made through the traditional soap-making process known as saponification which involves combining acid, fats, and oils, with a base called lye. When making goat milk soap, goat milk is combined with lye for a creamier consistency due to naturally occurring fats.

According to Valerio, using goat milk cleanses gently yet deeply, leaving the skin healthy and nourished. It also keeps the skin soft and moisturized, preventing premature skin aging and acne. Goat milk soap also relieves skin from irritation and inflammation, as well as heals skin infections quickly, maintains the pH balance of the skin, and repairs damaged skin faster than other soaps. 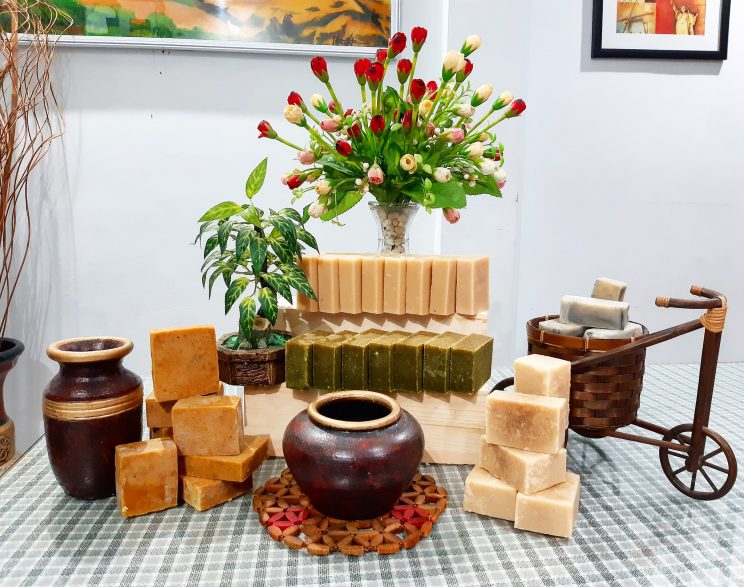 Using goat milk has several benefits for its users.

To market his value-added products, Valerio turns to social media so that he can reach a bigger audience and get his message out faster.

Many others, like Valerio, are looking to find a way to earn from agriculture. To help them get started or to inspire them to find a niche market where they can become successful, Valerio quotes American professional tennis player, Arthur Ashe: “Start where you are. Use what you have. Do what you can.” 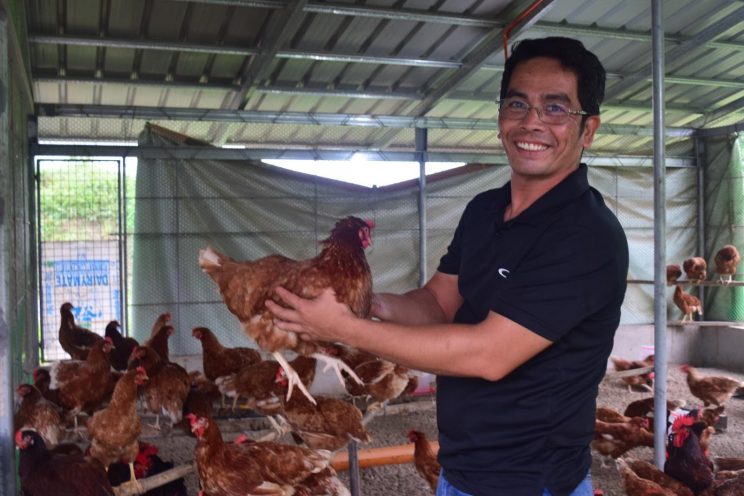 By finding other profitable alternatives and working with his available resources, Valerio makes a profit from his livestock raising and value-adding ventures.

By pursuing his passion for agriculture and livestock raising, Valerio found himself a way to earn money from doing what he loves. His creativity has also allowed him to make the most of what he has and enter niche markets that have favorable returns, proving again that there is money in agriculture.

One size does not fit all: Marine scientists say most parrotfishes sold in the markets aren’t endangered and that misinformation and misplaced conservation endangers fisherfolk

How to care for goats