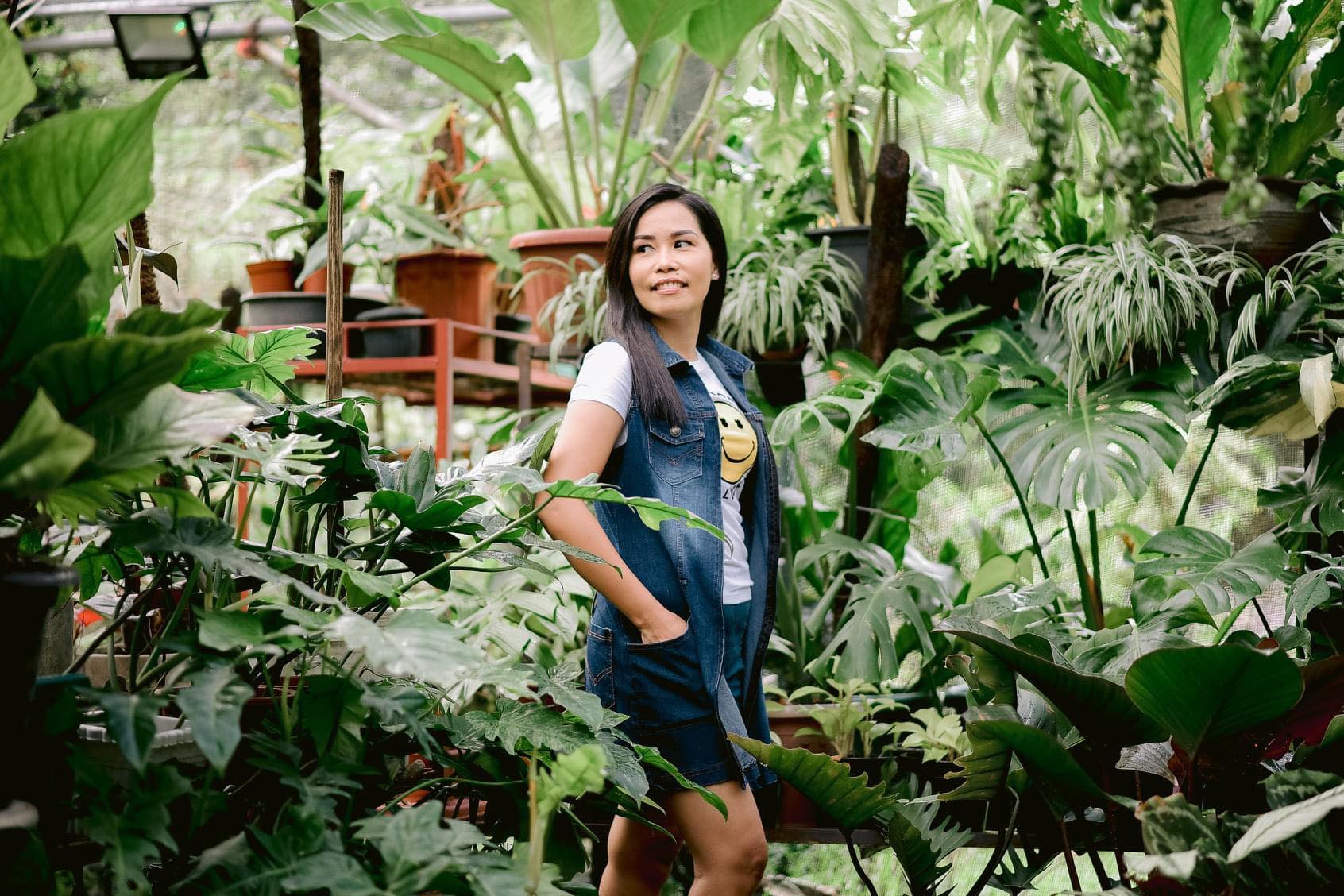 Lucelitte “Celet” Retalla Galvez, a businesswoman and part-time financial advisor, relieves her stress by growing plants. she makes time to visit her plants every other day and sells some of them online.  (Photo by Dollz Photography)

The demands of life can sometimes be overwhelming. This is why Lucelitte “Celet” Retalla Galvez, an entrepreneur who runs a feed business in Surigao City, relieves stress by growing plants. Galvez, who also works as a part-time financial advisor, is a longtime plant hobbyist who eventually used her gardening skills to augment their income by offering some of her collection to other growers.

Agriculture, for Galvez, is a lifetime passion that runs in her blood. Her fondness for plants takes her way back to her elementary years. Galvez recalls exchanging plants with her neighbors. “It continued on in high school where I would go as far as swimming in floodwater to rescue my plants,” Galvez expounds. Considering their area that often gets flooded, coupled with the shortage of time as she entered college, Galvez wasn’t able to fully attend to her plants. Despite her changing priorities, she has always been into plants and carried this fondness to college when she took a degree in agriculture and minored in horticulture.

Galvez rekindled her passion for gardening during her second pregnancy in 2016. She used their terrace to collect different varieties of cactus such as Gymnocalycium hybrids and other ornamental plants. She found time to collect plants again and continued even after she gave birth to a premature baby, that by God’s grace, is now a three-year-old healthy kid. Galvez was able to gradually recover from this circumstance and focused on raising her children as well as her plant babies. Both serve as her stress-relievers. 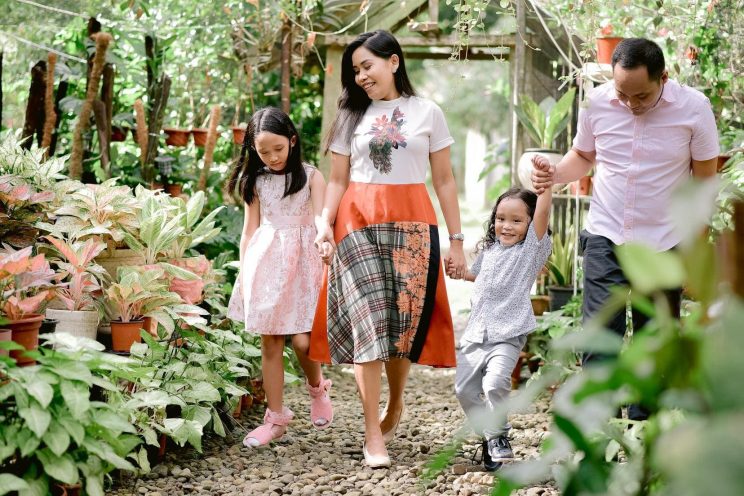 When the collection started outgrowing the family terrace, Galvez, with the help and support of her husband Charlie, transferred the plants to their family-owned property less than an hour away from home. They named the place Sante’s Garden. 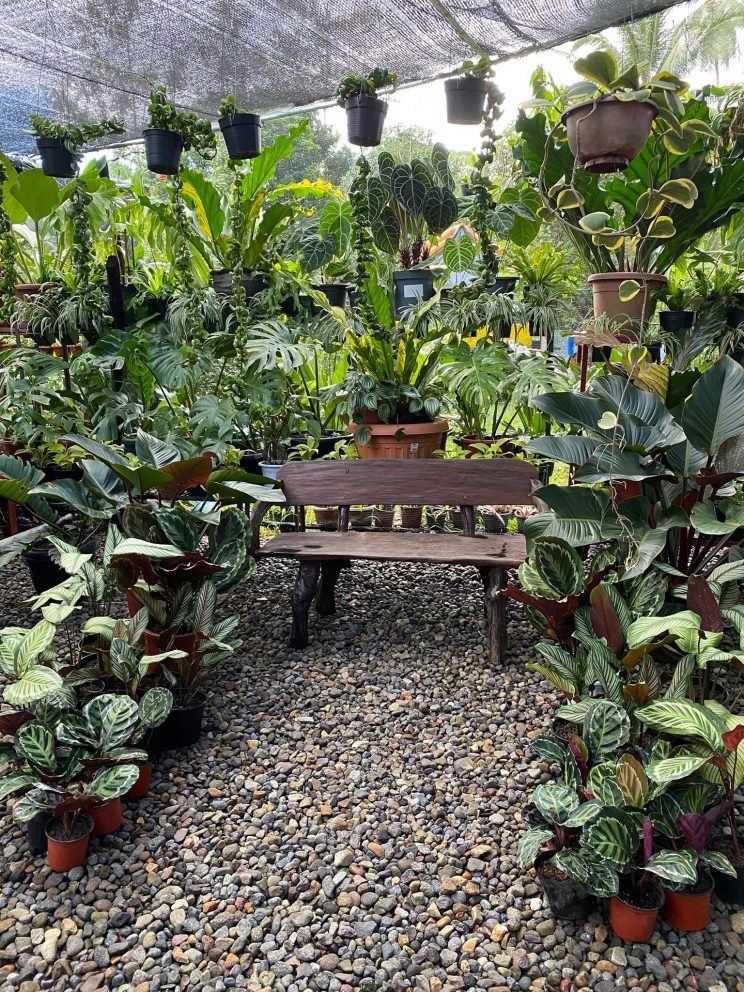 Galvez opened the plant business in 2020 where she mainly offers well-established cuttings of common to uncommon and rare plants with prices that range from P50 to P15,000 each.

Sante’s Garden is part of a 2,500 sqm land in Surigao del Norte. The garden takes its name from her kids’ second names Chrezalle Sante and Cedric Sante. The couple established a 25 sqm greenhouse in the area and filled it with ornamental plants such as cacti, aglaonema,  anthuriums, and cardboard plants (Zamia furfuracea). However, due to the garden’s distance from their home, Galvez can no longer maintain her plants daily, so she entrusted them to the farm’s caretaker instead. 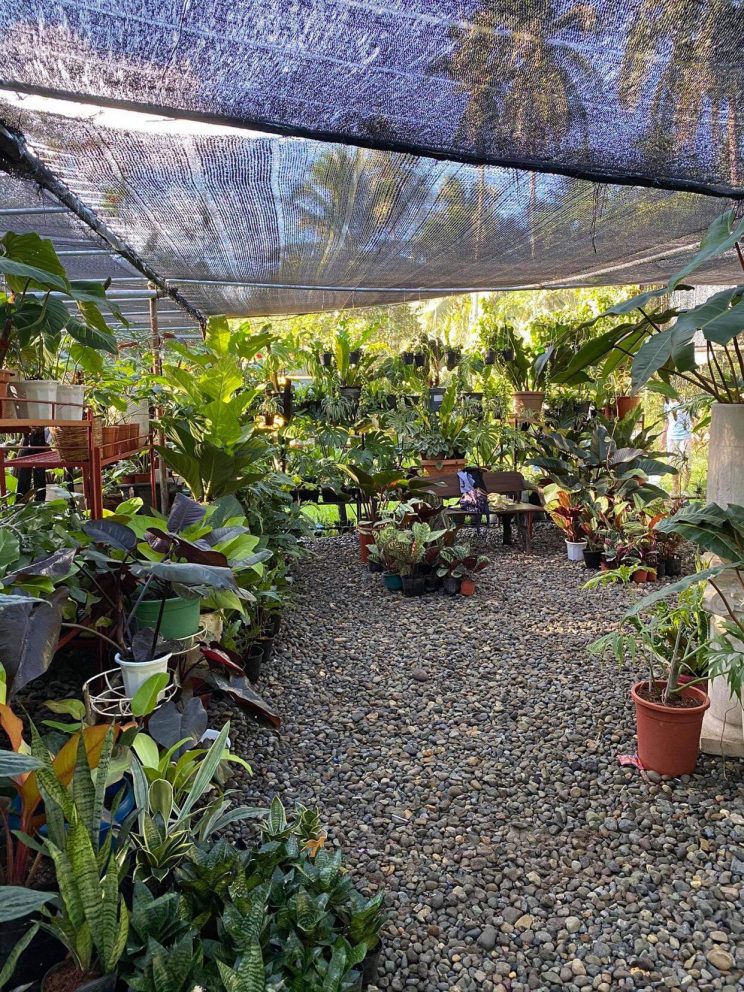 Tale of an occasional gardener

When the COVID-19 crisis began in 2020, Galvez and her family got extra time to relax in Sante’s Garden, which they also call a farm since they also have a piggery and native duck production on-site before the pandemic occurred. This gave Galvez a chance to look after her plants regularly and to sell some of them to compensate for the garden expenses. This also paved the way for them to expand the ornamental area, making it a total of 700 sqm greenhouse that can accommodate more plants. 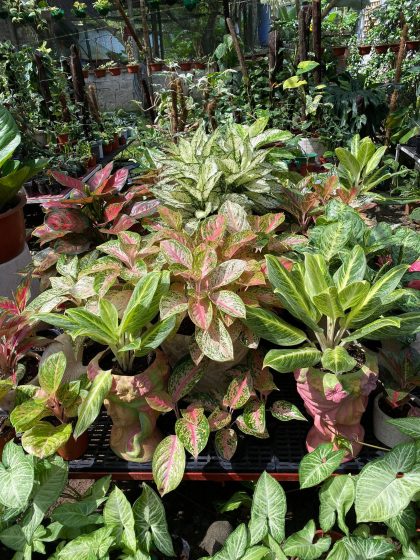 Despite selling a portion of her collection, Galvez admits that she continues to keep many of her plants because they give her happiness that’s beyond what money can offer.

Tomatoes can be challenging to grow but it’s worth it

Gardening techniques that you should think twice about following