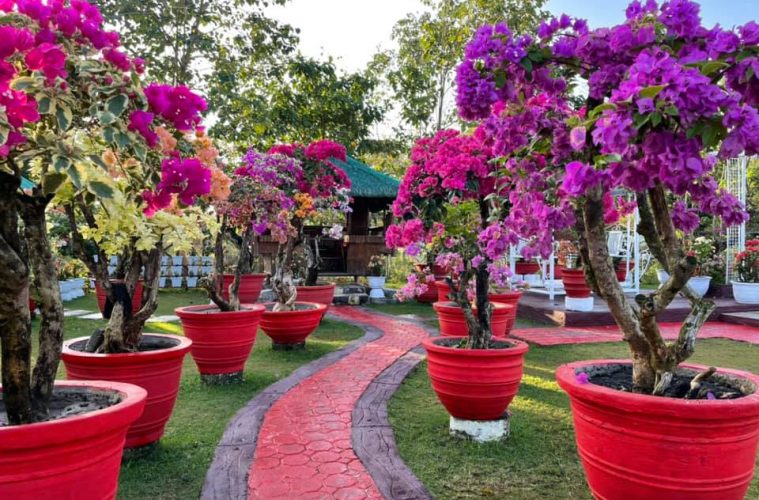 Now, Isabela is again being recognized not for their agricultural pursuits, but this time for their horticultural endeavors, particularly in cultivating bougainvilleas.

Among the many bougainvillea growers in the province is Norma Durado Palay, a former teacher turned entrepreneur from Burgos, Alicia.

Palay has created a bougainvillea garden, which she calls “Bougie Wonderland,” that features different varieties of bougainvilleas that are well arranged throughout the area to further display the natural beauty of the plants. 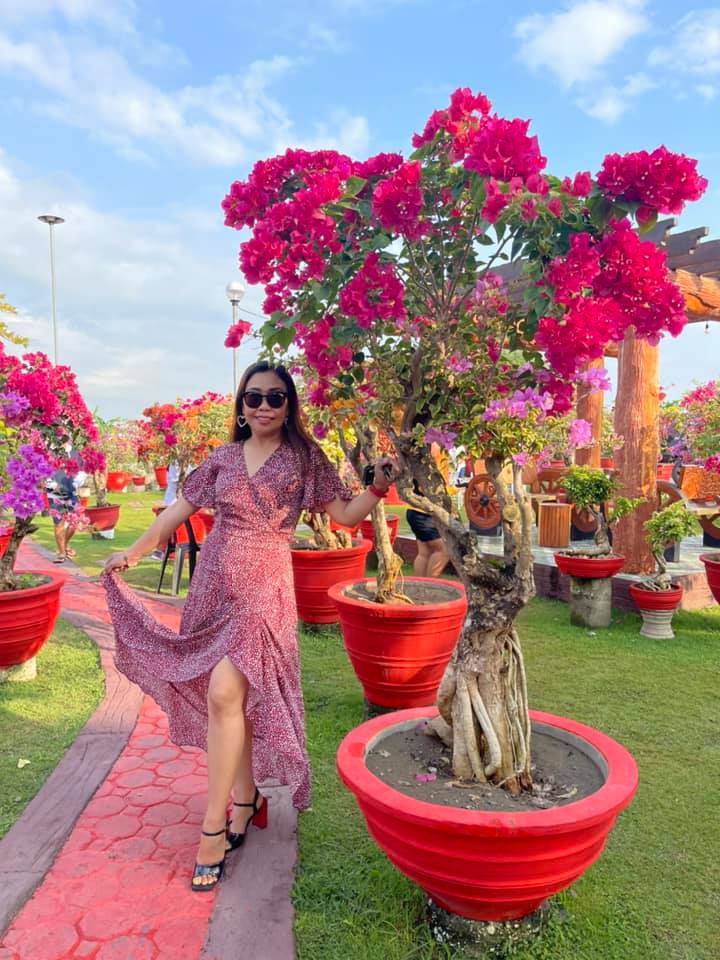 Norma Durado Palay created a paradise of her own by creating a garden filled with bougainvilleas.

“The goal of the garden is to showcase the beauty of bougainvilleas and to let others realize that you could create a place like a paradise that is stress-free,” Palay said.

Native to South America, the bougainvillea that we know and love today was named in honor of Louis Antoine de Bougainville, a sailor and explorer during the late 1700s. The plant is known for its green foliage and its vibrant pink, purple, and orange hues.

Most people assume that these colorful leaves are the plant’s blooms but they’re just petal-like bracts, or clusters, that hide the bougainvilleas’ real flowers, which are small buds that come in either white or yellow. 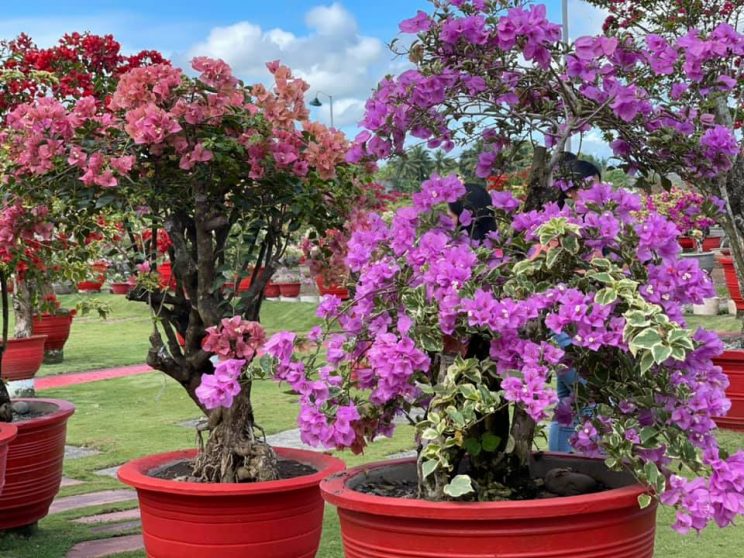 The colorful leaves of the bougainvilleas are often mistaken for their blooms but their real blooms are small white or yellow buds.

There are several reasons why Palay chose to cultivate bougainvilleas in her personal paradise. One is because bougainvilleas bloom all year round, thus allowing her to enjoy it at any time she likes. 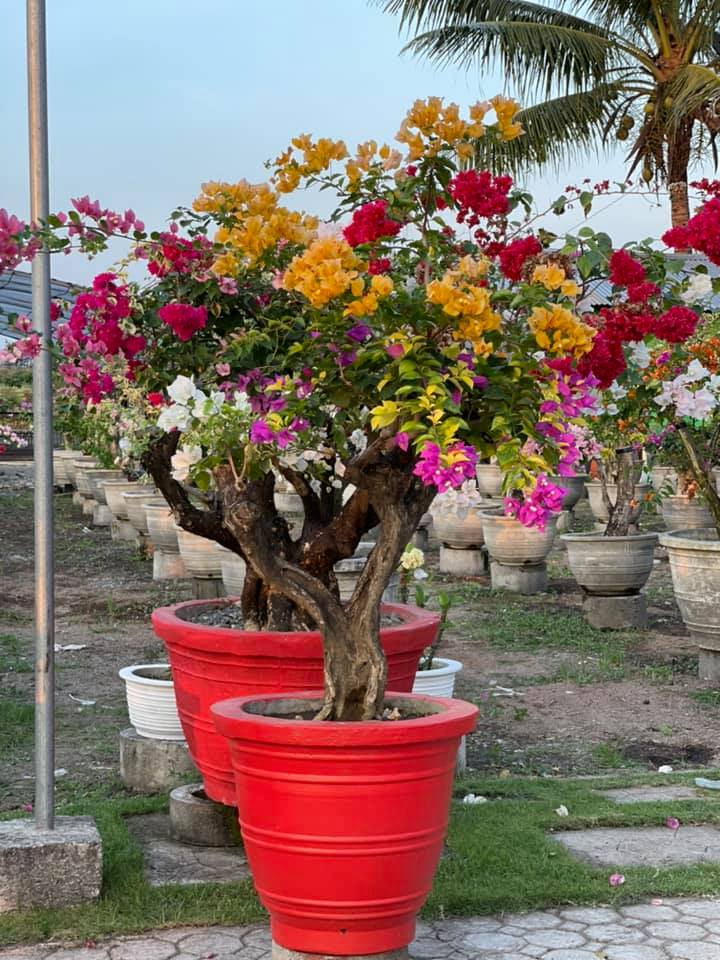 One reason why Palay chose to grow bougainvilleas is that it is highly recommended to use in landscaping.

“It is a plant highly recommended for landscaping because of its colorful blooms. It makes a dull place a happy place,” Palay said.

But aside from creating eye-catching views, bougainvilleas can also be a lucrative business for gardeners because they can fetch a high price in the market, especially during the summertime.

To earn extra income, Palay welcomes guests who want to get a glimpse of her bougainvillea garden.

Another reason why Palay prefers growing bougainvilleas is that these are low-maintenance plants, which allows gardeners to save a significant amount of money.

“Bougainvillea plants are not sensitive and easy to care for. Just water them daily and apply any blooming fertilizer twice a month, and should receive at least six to eight hours of sun exposure,” Palay said.

From a teacher to a gardener

Palay started gardening in 2019 after she resigned from her work as a school teacher. She became interested in it since she thought that it was a way to keep herself busy while earning extra income at the same time. 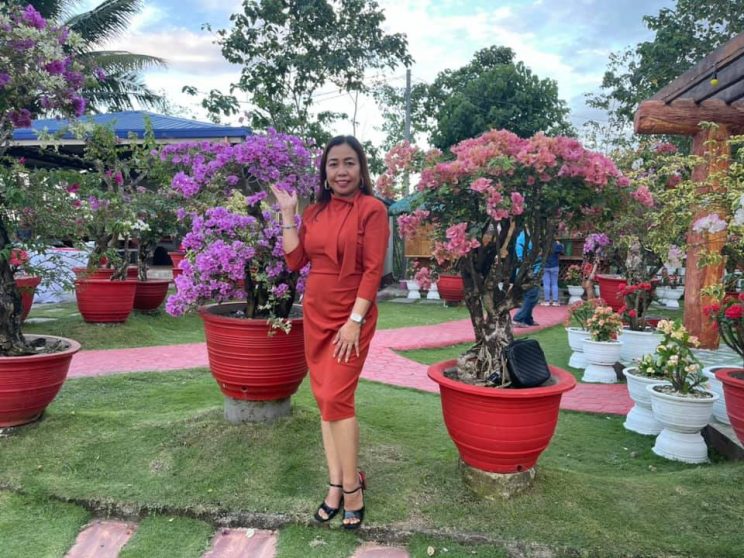 When she quit her job of being a school teacher in 2019, Palay became interested in gardening as a way to keep her busy and earn an income.

She began by growing adeniums or desert roses. Through YouTube, she learned the basics of how to grow these plants until she decided to branch out and learn more.

Other than desert roses and bougainvilleas, Palay is also cultivating other varieties.

“As of now, we launch again Euphorbia Mili (Crown of Thorns plant) and aim to revive it back in the limelight. Inspired by Thailand, we designed a special greenhouse strictly for our Euphorbia seedlings. This will be another attraction in our garden soon,” Palay said. 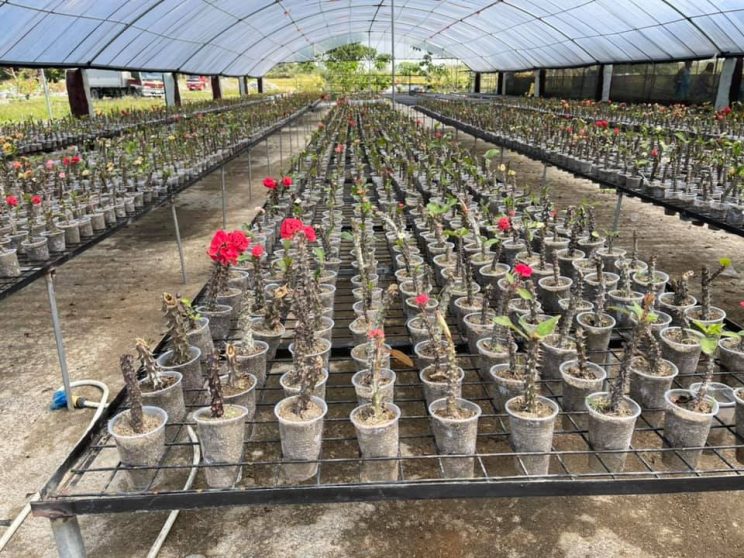 Palay is looking forward to putting the spotlight again on Euphorbia milii.

Palay’s prolific bougainvillea garden is an example of how beautiful the plants can be when properly utilized and cared for. And in putting the spotlight on bougainvilleas, Palay has, in turn, earned an income from doing what she loves.