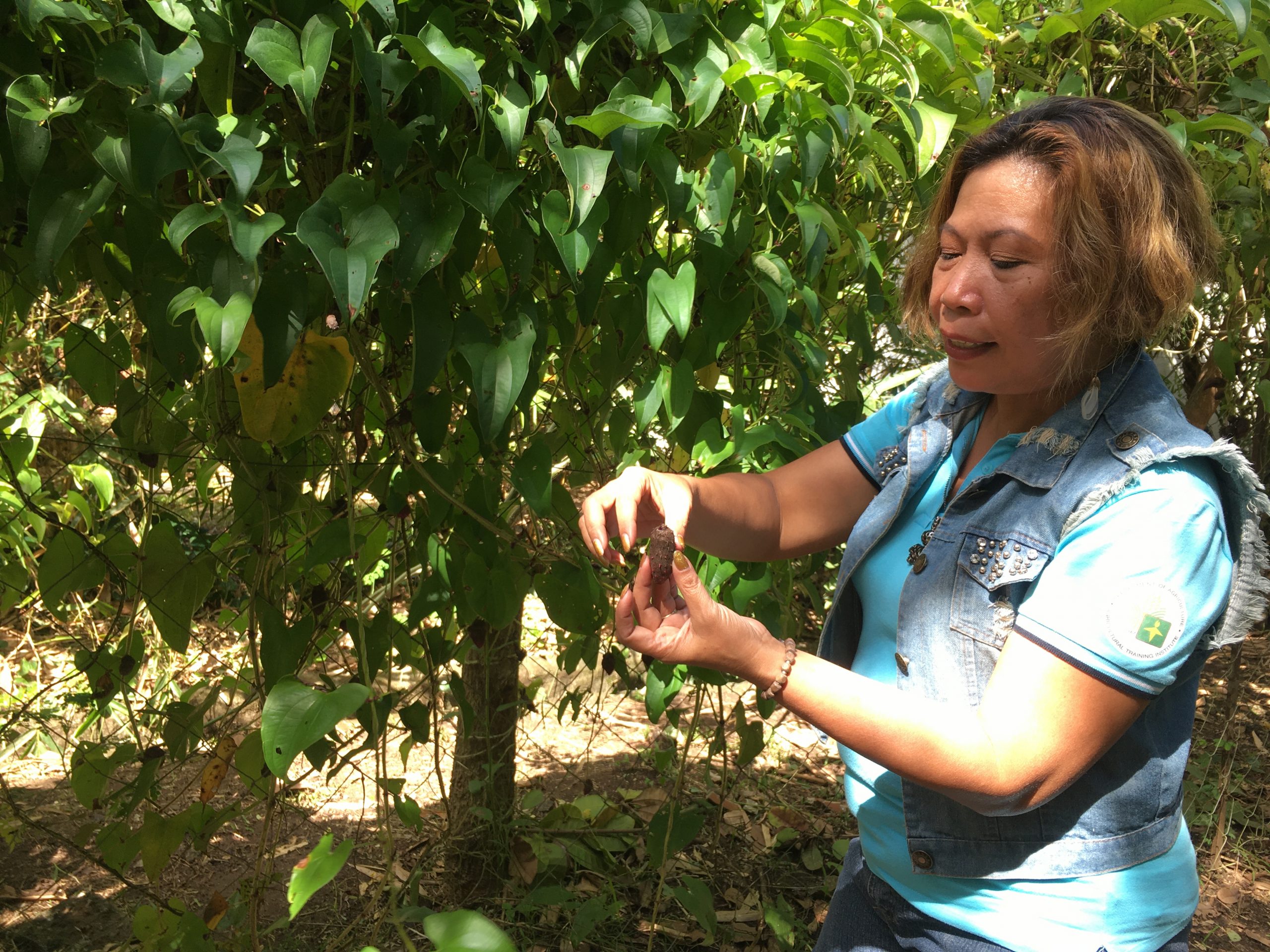 Ube, or purple yam (Dioscorea Alata), has long been a favorite Filipino flavor. The last decade has seen his common but popular tuber achieve worldwide recognition as one of the most recognized flavors associated with Philippine cuisine.

The ube plant is a vine that is grown for its tuberous roots. In MOCA Family Farm RLearning Center in Padre Garcia, Batangas, the plant is trellised along a cyclone wire fence so that it fulfills both an agricultural and aesthetic purpose.

“Trellising is a good way to grow and propagate ube. Most of the time, for subsistence farming, they are made to grow against a tree,” Gigi Morris, the farm’s school director, says in Taglish.

The plant produces underground tuber roots, the part used in many Filipino dishes, including ube halaya, and small aerial tubers called bulbils or pups. “Bulbils will vary in size, from an inch to almost fistful size. They are also edible like the root crops we harvest, [but smaller], but can still be used creatively as an ingredient,” Morris says.

The bulbils appear earlier than the root tubers and can be used as a cooking ingredient and as planting material. “Not many people are aware that they can also start planting materials from its bulbil,” Morris says. “It is reproduced vegetatively from axillary buds on the mother plant’s stem. The young plants you can reproduce [from bulbils] are clones of the parent plant. This is why it is a good planting material [because] they have identical genetic material.” 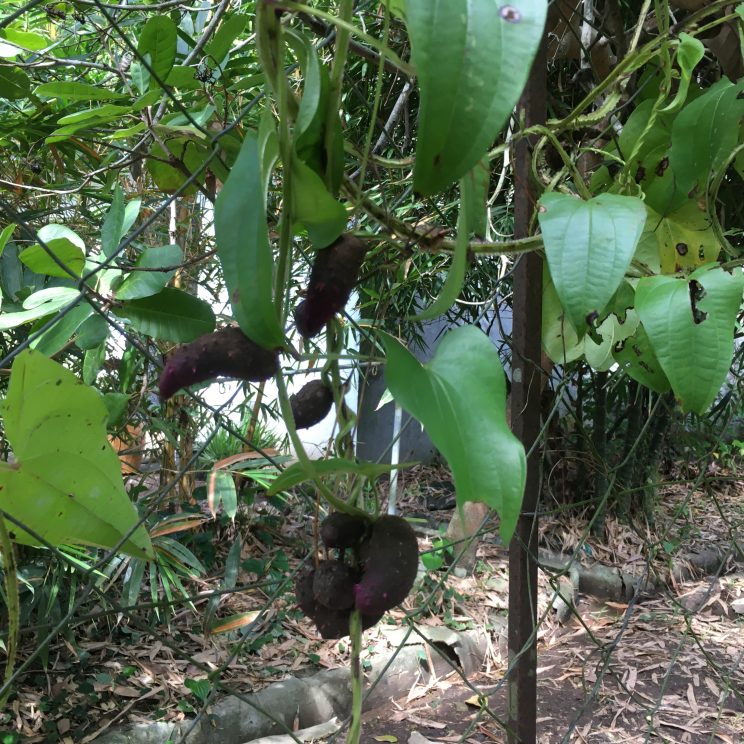 An ube’s bulbil, or auxiliary tuber, can be used as planting material to produce clones of the mother plant.

Growing ube from a bulbil

According to Morris, in their area, ube is usually planted at the beginning of the rainy season and its roots are available for harvest 10-12 months after. “It is pretty much available in the market around Feb-April,” she says.