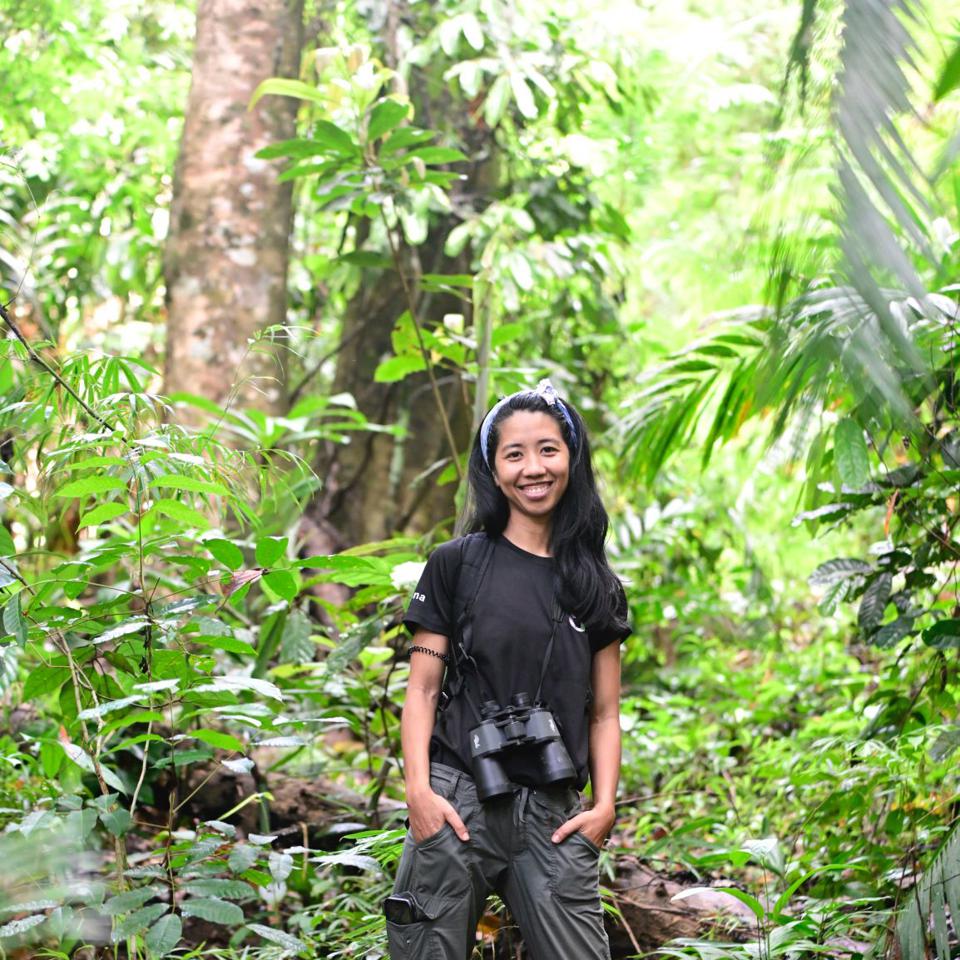 Photo by Kyle Venturillo from Forbes.

Karina May “KM” Reyes, a co-founder of the Centre for Sustainability PH, a woman-led, environmental non-profit organization (NGO), empowers local and indigenous communities by training them in conducting biodiversity research in forests around Puerto Princesa, Palawan.

Reyes said that the Philippines used to have 95 percent rainforest cover, but the number has now dropped to three percent. A large portion of this can be found in Palawan where the territory of the remaining members of the indigenous Batak tribe and numerous endemic fauna and flora are located. She added that Palawan forests such as the Cleopatra’s Needle Critical Habitat (CNCH), one of the oldest and diverse forests in the Philippines that is protected by law, lacks studies or even data that keeps a record of the forest conditions. This is due to the scarcity of researchers in the Philippines, which also leads to the dependence on international scientists, said Reyes.

The initiatives of their organization, it strengthens the knowledge of local communities about the forests that surround them, the method of gathering data from forests, and the importance of conserving them for continuous freshwater supply, and more.

Research is an essential part of conservation, which is why the NGO provides courses to teach indigenous and forest rangers around the CNCH.  In one of their programs, they teach participants how to communicate effectively so they can gain more confidence in sharing and presenting these data to various communities and decision-makers.

Feeding humans and soil: Bokashi composting can be suitable for restaurants and food businesses