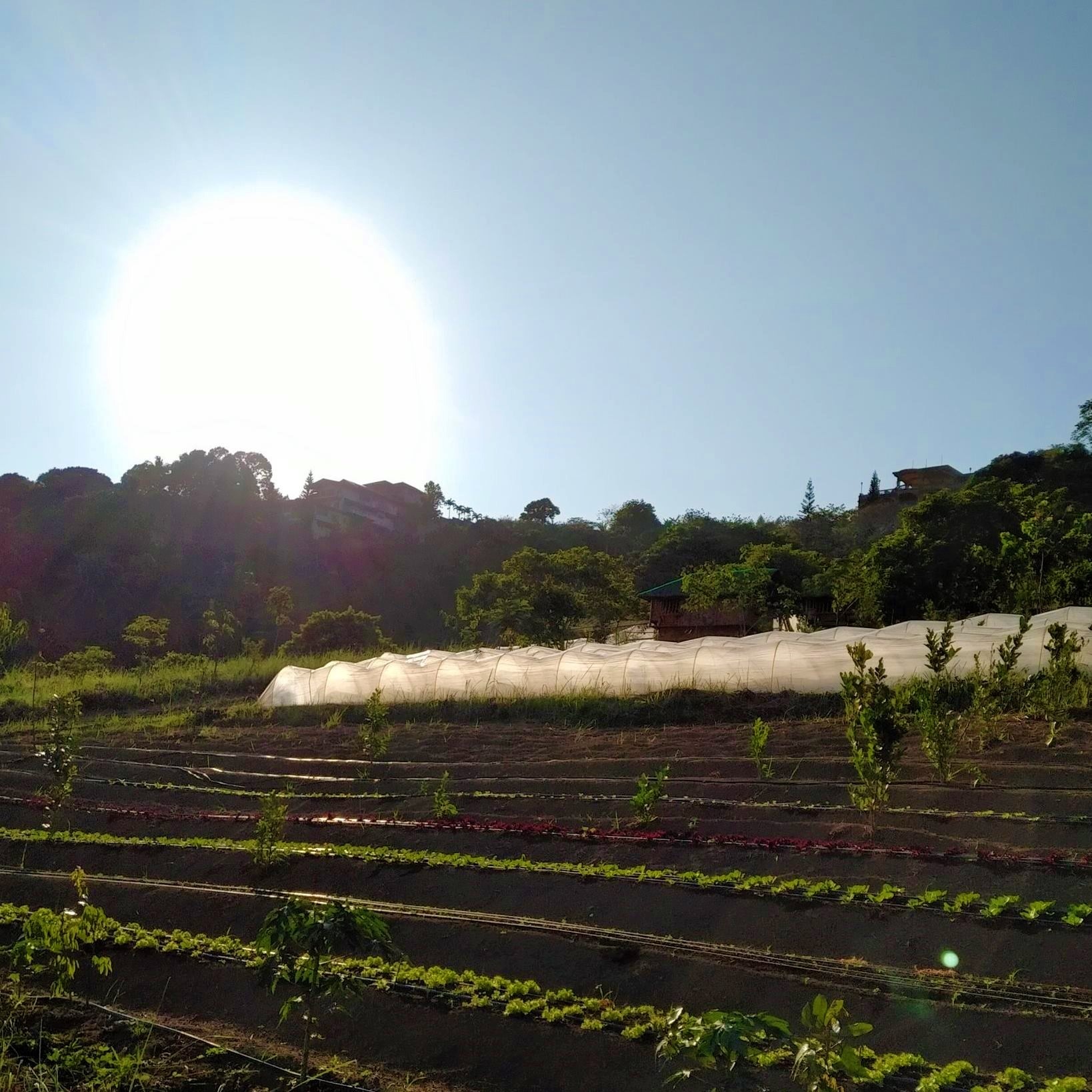 Gorgeous Farm is a nine-hectare farm in Tagaytay that serves many purposes as a training center, farm destination, restaurant, and inn.

To live on a farm away from the hustle and bustle of the city is a dream for many Filipinos. One can choose to relax, and at the same time, stay productive for a steady income and growth even after retirement.

Here are stories of individuals who have not only found a new means of support, but also a renewed sense of purpose in agriculture after leaving their main jobs.

Danny Hizon: from a former OFW to a full-time farmer

To settle on a thriving farm in a mountain near the sea used to be a mental picture that this OFW envisions for his future. Despite not getting his exact dream location, this dream came true for Danny Hizon, a former OFW and a proprietor of Danizon Farms. 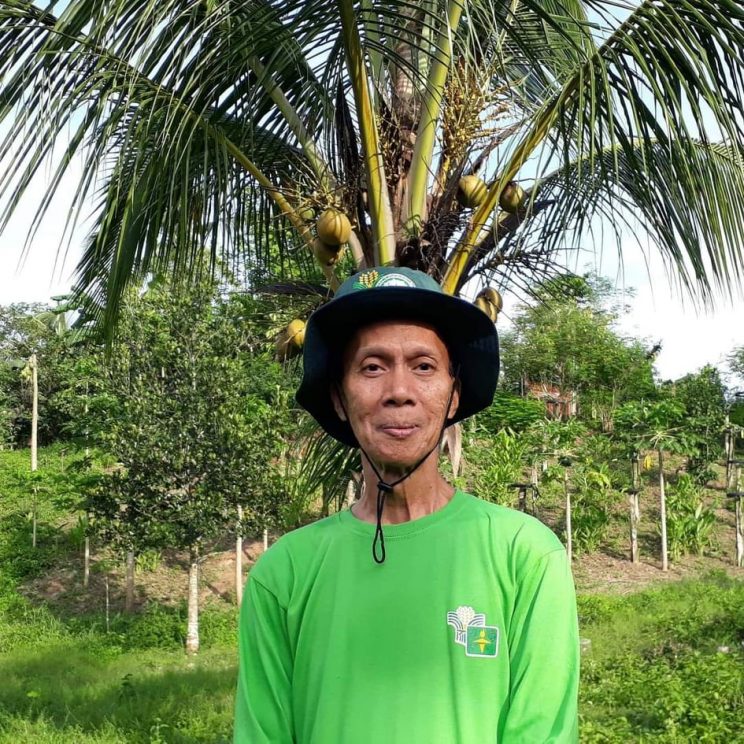 Danizon Farms is a 16-hectare farm in Occidental Mindoro that Hizon started investing in three years before his retirement. He initially managed the farm remotely and employed two farmhands. It was not an easy road for him. “When I came to settle on the farm and personally manage it, I discovered that only 10 to 50 percent of the crops were left standing.”

He started replacing the dead crops during the first year of his retirement. A few years after developing and making his land productive, it became the first Agricultural Training Institute-accredited Learning Site for Agriculture in Sablayan, Occidental Mindoro. Over time, he has also started expanding to more crops and processes such as value-adding.

Being born and raised in a family of farmers has contributed a lot to his journey. Apart from the experiences, farming is more than just an investment and livelihood for Hizon because it is also something that takes him back to his fond childhood memories with his grandfather and parents in the fields. 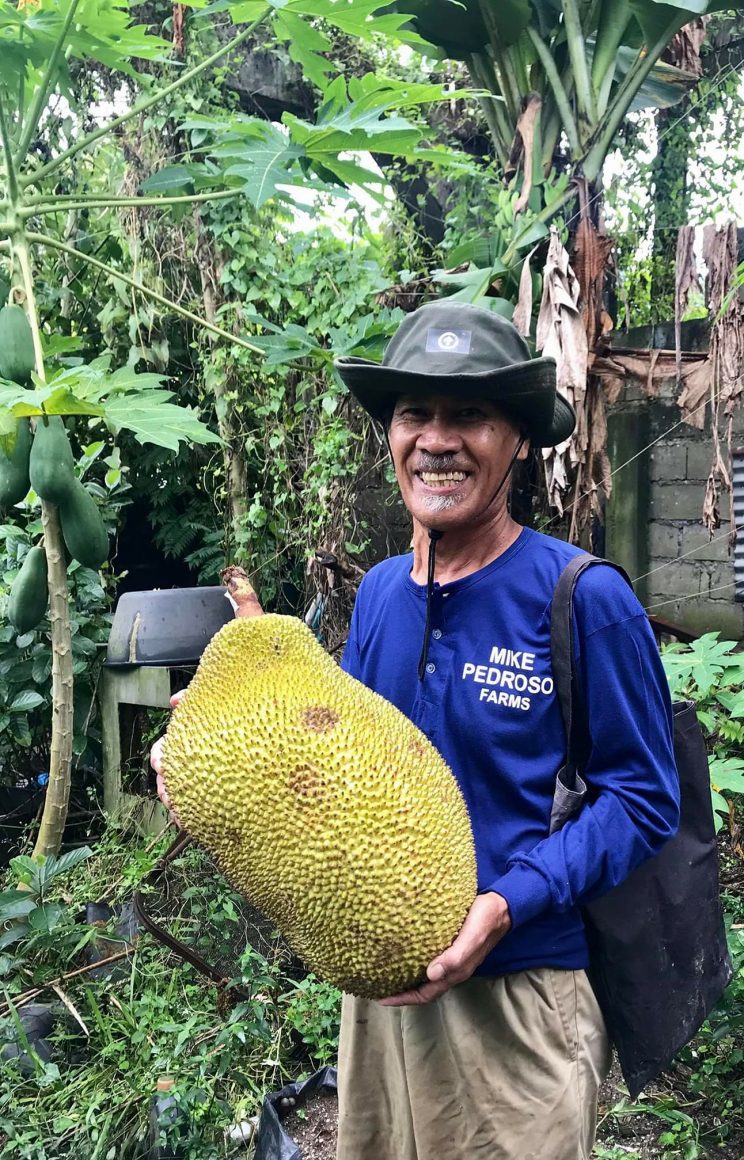 Mike Pedroso, 65, is an early retiree who chose to farm after feeling exhausted from working in the corporate world.

After working for over 14 years in the corporate world, Mike Pedroso filed for early retirement to pursue his agricultural endeavors. In hopes of changing Pedroso and his wife’s unhealthy eating habits, they opted to grow their food on a 3.7-hectare land.

The farm has also been recognized as a producer of the sweetest jackfruit variety called EVIARC (Eastern Visayas Integrated Agricultural Research Center).

The first few post-retirement years of Pedroso have been productive. His hard work pays off every harvest, but this is especially true when his efforts were appreciated by the DA-ATI Regional Training Center 8 and he was awarded as a “Gawad Saka Outstanding Organic Farmer” and the “Best Magsasaka Siyentista” in 2019.

Through farming, Pedroso gets to secure food, find joy in what he does, and keep himself and his family healthy.

Thelma Murillo is another city-dweller who turned to agriculture after working in the corporate world for over 30 years.

Despite not having knowledge in both agriculture and in running a business, she found ways to learn everything from scratch until she got the hang of agripreneurship. 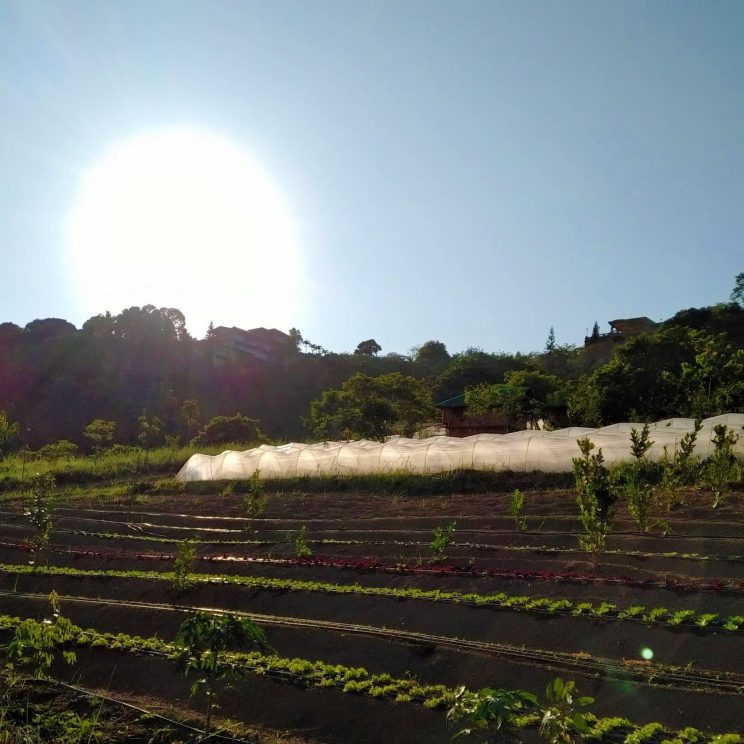 Gorgeous Farm is a nine-hectare farm in Tagaytay that serves many purposes as a training center, farm destination, restaurant, and inn.

Gorgeous Farm is a nine-hectare farm in Tagaytay Ridge that is now a certified learning site, agri-tourism destination, and a TESDA-accredited training center.

Murillo was also able to expand her farm operations so that they are not only limited to food production, but also in offering services such as accommodation, farm visits, seminars, and pick and pay.

She said, “Farming is not easy. But it can be gratifying for the soul and income-generating if you do it well and treat it as a business.”

(Read more about how Gorgeous Farm provides her sustainable food and income in her retirement years.)

Farming after retirement has long been considered by many not only because of the idea of living in a healthy environment, but also because one can experience rest, fulfillment, and lifelong learning.