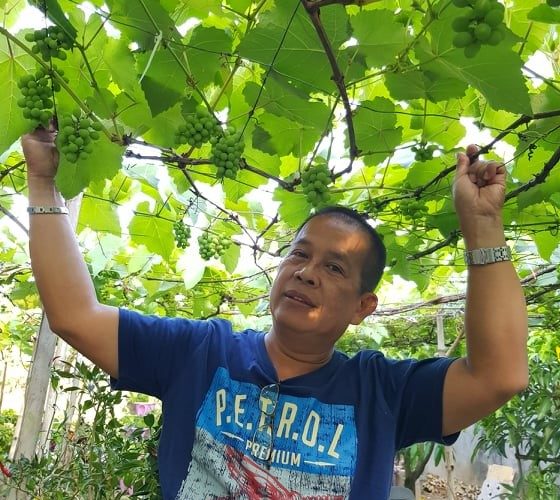 At 60, this chief marine engineer also keeps a garden in Antipolo. This is the look of the grapevines 40 days after pruning. (Photos from Constancio E. Estuye Jr.)

Constancio E. Estuye Jr., 60, a chief marine engineer in a foreign vessel, also grows grapes and strawberries in the city.

His 162 sqm garden in Antipolo, Rizal is home to several varieties of grapes, strawberries, and other fruit-bearing trees and crops. He also has a separate 885 sqm agricultural lot in Morong, Rizal where he and his family grow pretty much the same crops. 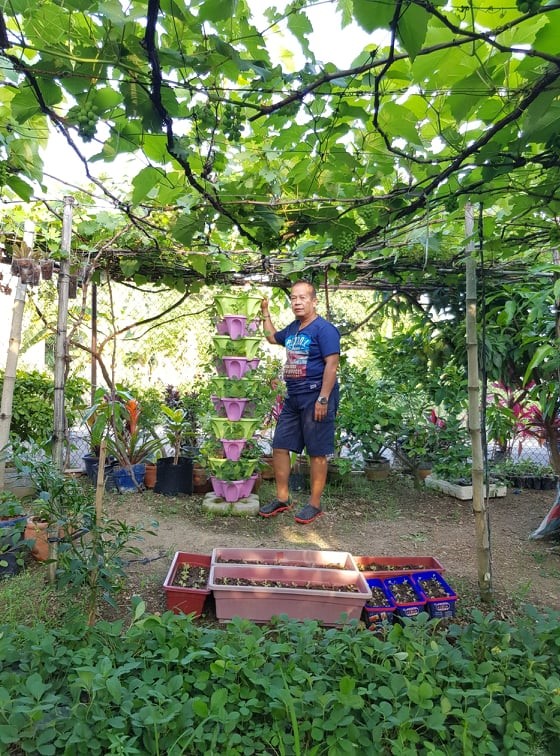 A part of his 162 sqm garden where strawberries, grapes, and lettuce are grown.

Estuye grew up assisting his grandfather on a farm in his hometown of Barcelona, Sorsogon. In 2017, he developed a liking for growing crops again after his first few catawba grape seedlings successfully bore fruit in his backyard. The following year, he tried cultivating strawberry seedlings from Baguio that, as per Estuye, also became successful.

Urban residence with a fruitful backyard

For the strawberries, he has Japanese Shoga, San Andreas, summer princess, and Sweet Charlie. 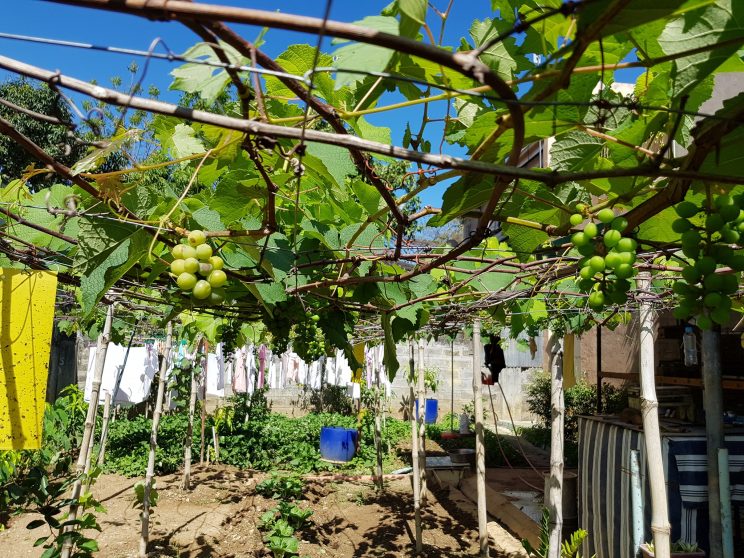 With the diverse varieties that he has, Estuye and his family can enjoy about two kilograms of grapes every week during harvest season.

A time off from the seas

Estuye personally tends to his garden during his vacation that usually lasts for four months. When he’s on board, his father-in-law Miguel and his wife Marissa maintain the garden. Estuye also gets help from his brother and sister-in-law in the upkeep of his small farm in Morong, Rizal. 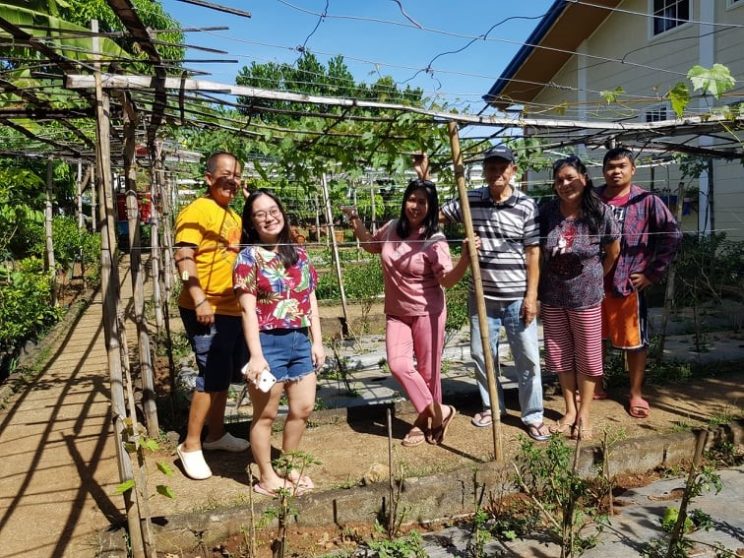 Estuye isn’t alone in growing his crops. His family is in charge of the farm and garden when he’s overseas.

He said in Taglish, “I plant [the crops] on my vacation. Just in time before leaving for work again, most of the grapes, strawberries, mangoes, and other veggies that I planted usually start to fruit.” 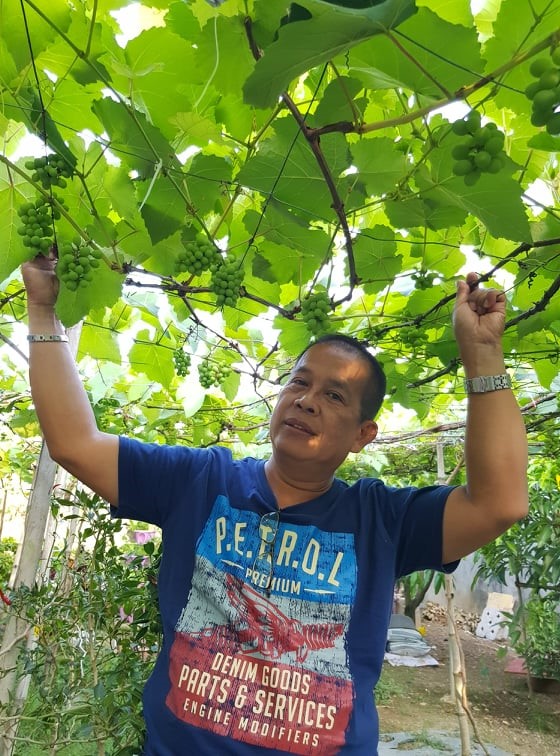 At 60, this chief marine engineer also keeps a garden in Antipolo. This is the look of the grapevines 40 days after pruning.

Estuye only grows these crops for personal consumption. He recently started selling cuttings and rooted seedlings of strawberries and grapes in Antipolo and Morong, Rizal. He has already earned about P10,000 in his first month as an online seller. He still has sufficient stock of seedlings in his nursery that are up for grabs. 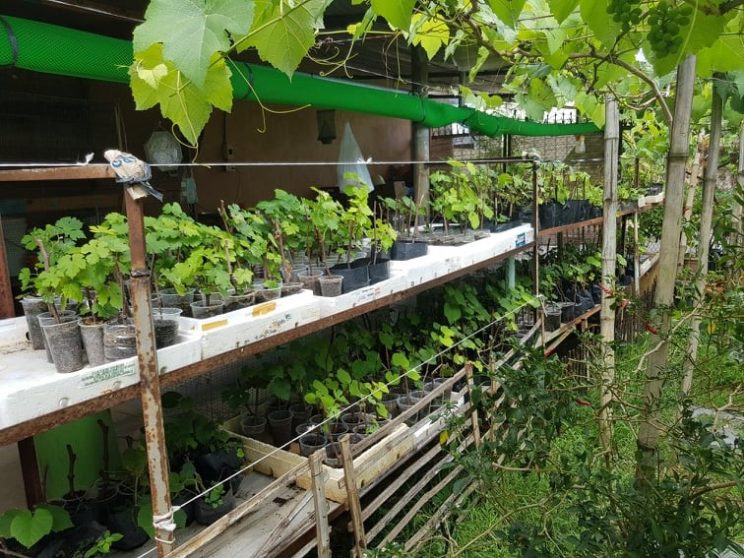 Despite not being present in his garden year-round, Estuye regularly monitors the condition of his growing spaces through his family. He devotes his vacation to the upkeep of his garden and farm. Estuye also learns a great deal from fellow growers he meets via online gardening communities.

Troubles he faced in growing crops

There are two major difficulties in Estuye’s garden: the rainy season and pests. Rainy days tend to damage the flowers of the grapes and it also causes the leaves to obtain fungi. When this occurs, Estuye immediately takes out the infected leaves to prevent its spread.

Fruit flies, aphids, and birds often cause problems, too, as they attack the strawberries, especially when they are nearly ripe. Estuye addresses this by using a fruit packaging net and fruit fly attractant. He also sprays neem oil with dishwashing liquid to the plants once a week until the pests are wiped out. 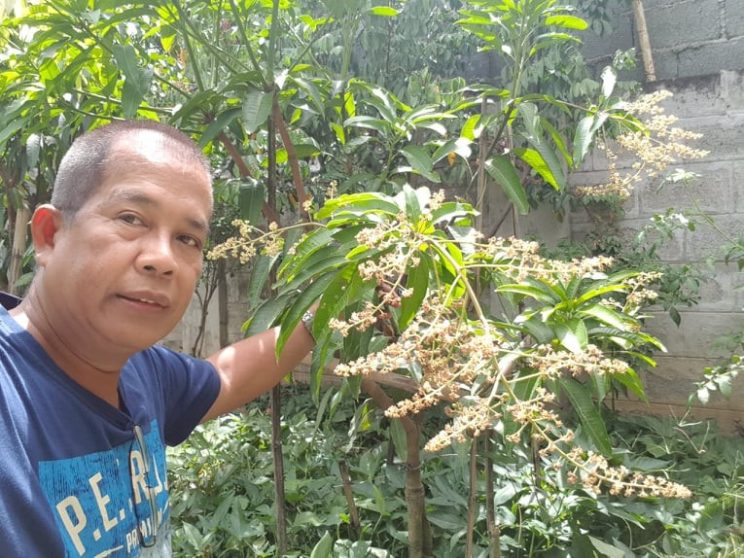 Flowering grafted Catimon mango (dwarf) that can be picked 120 days from planting.

This backyard garden is not merely a source of food and extra profit. It is also a place that Estuye looks forward to when coming home after spending long months on a ship.

Read more about how Estuye grows grapes and strawberries here.