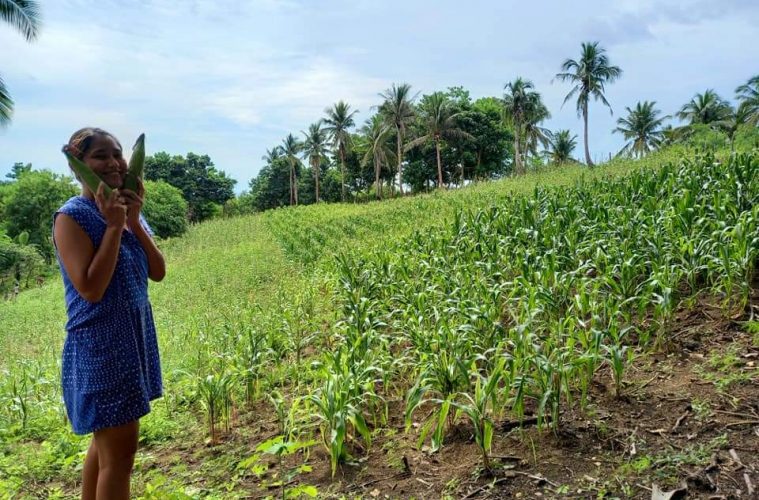 Leshara Maniego and her partner Mizraim Siazar I moved to the island to begin their farming dream.

The universe has its way of giving signs that show us if it’s the right time to carry out our plans and make our dreams come true. Lucky are those who get to see the signs and grab the chance with both hands.

Leshara Maniego, a full-time psychic consultant and intuitive trainer for eight years, and her partner Mizraim Siazar I were among those who saw the signs of the universe and took matters into their own hands so they could achieve their goal: starting a farm. 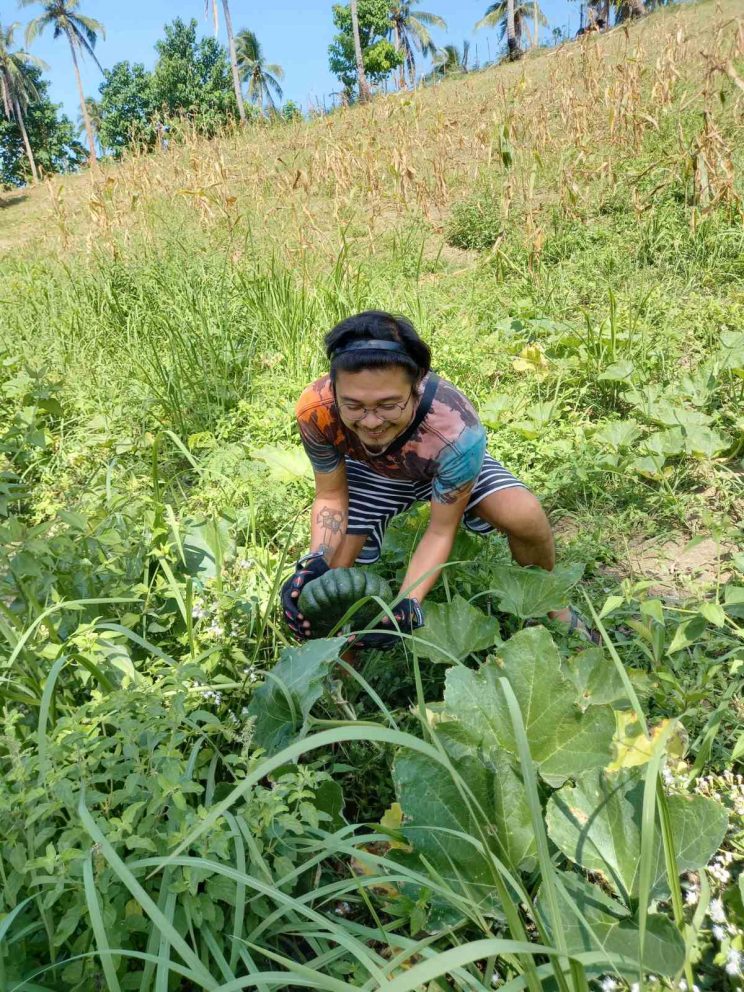 Mizraim Siazar I posing with their kalabasa harvest grown from seeds.

She shared that the main inspiration for the farm is their shared love for the environment since they strongly believe that the reason why people have blocks in connecting spiritually is that the physical needs are not enough.

“Hunger is still a leading global problem and by contributing to fixing the ecosystem through creating sustainable farming methods that are holistic, we can help the community live a more holistic and conscious lifestyle,” Maniego said.

But this plan was kept between the couple until several days later when Siazar’s father opened up to him about their farmland in Burias Island, Masbate. Coming from a big family of 11 children, Siazar was raised on the farm where they experienced growing their food.

Siazar quickly saw this as a sign to proceed with their plan and began to work on the farmland together with Maniego.

“We are very grateful to have the opportunity to till the land after 20 years of it being idle. Most of the brothers and sisters of Mizraim’s father are living overseas and they were already pondering on selling the land,” Maniego said.

Now the new managers of the parcel of land, the couple named their farm “Dear Farm” which was taken from the terms of endearment between Siazar’s grandparents.

“They were the original owners of the land. They also had a farm and grew crops and livestock. Out of synchronicity, Mizraim and I also called each other ‘dear,’ even before we acquired the land,” Maniego shared.

She shared that their vision for the farm is to create livelihood and provide natural, quality produce for the Island and neighboring provinces because there is a shortage of vegetables. And in the long run, they want the farm to cater to camping activities, retreats, and training since they want to incorporate spirituality and mindfulness.

“Most people are unaware that the energy from the land and the growers pass on to the food, that is why we want to create a unique holistic approach within the farming industry,” Maniego said. 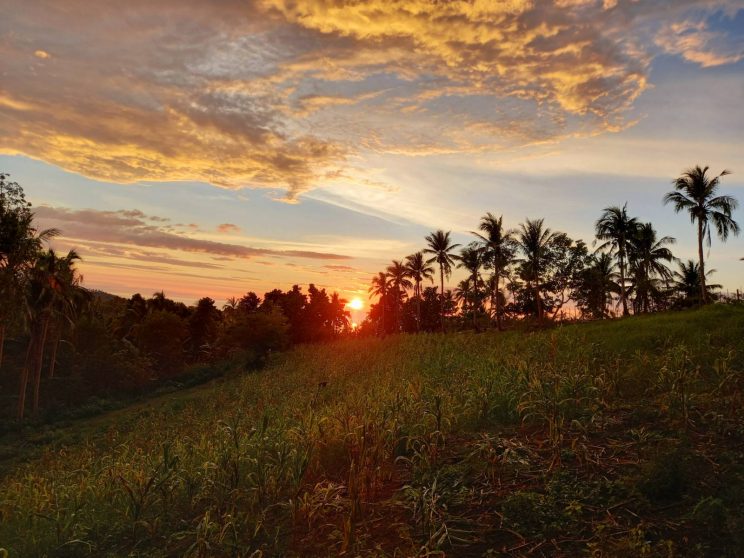 The couple started from scratch but eventually managed to turn idle land into a thriving farm.

By May 2020, Dear Farm was established but the couple had to start from scratch. They had to prepare everything from clearing the space to tilling the soil. When they began, the land was full of wild plants which took a lot of manpower to clear.

“At that time, we have not saved a lot to create a 3.5-hectare farm from the ground up. We started doing fundraisers in exchange for spiritual and psychic consultations which is part of our line of work. Slowly, we gained some traction in creating more,” Maniego shared.

With more funds on hand, the couple took their farming journey one step at a time. They worked on the fencing, planting, building, and other activities to grow the farm of their dreams with research and intuition at their disposal.

By October 2020, the couple had their first harvest of yellow corn.

Corn is a popular crop on the island, according to Maniego. But their farm is the only one that grows the yellow corn variety since all other farms plant native white corn. 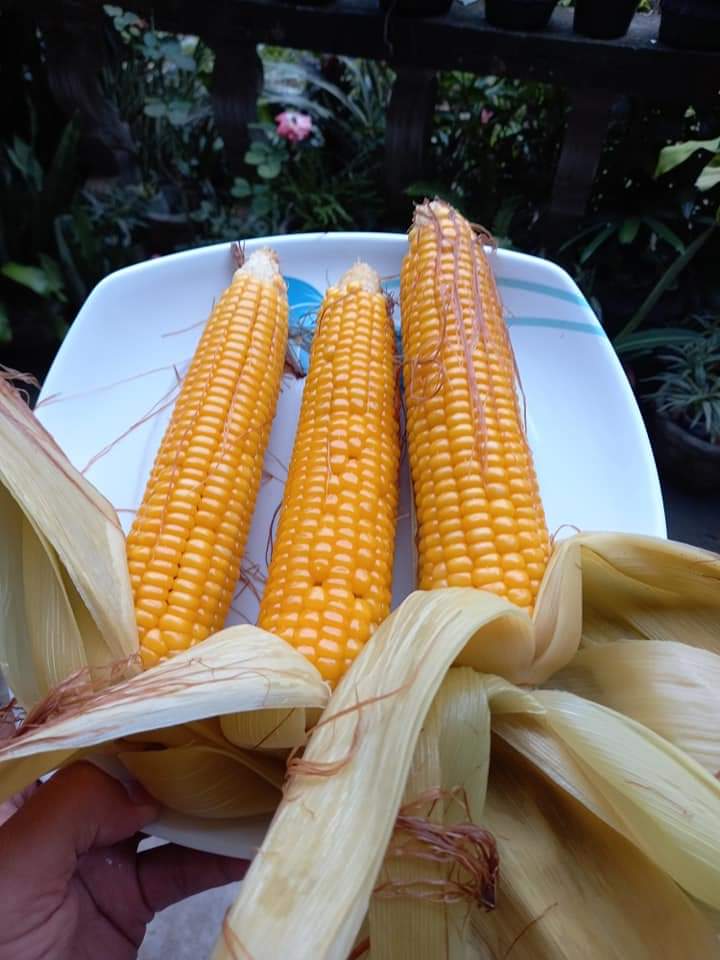 Aside from this, they also grow squash chili, radish, eggplant, ampalaya, cucumber, okra, tomato, kangkong, and kamote. They also have fruits such as coconut, watermelon, banana, avocado, mango, and kamias.

There is also an abundance of holy basil all over the land that the couple harvests for selling.

When caring for their crops, Maniego shared that regular tilling is needed before the planting stage. Depending on the crop, some plots are needed to be formed before they plant them with seeds. 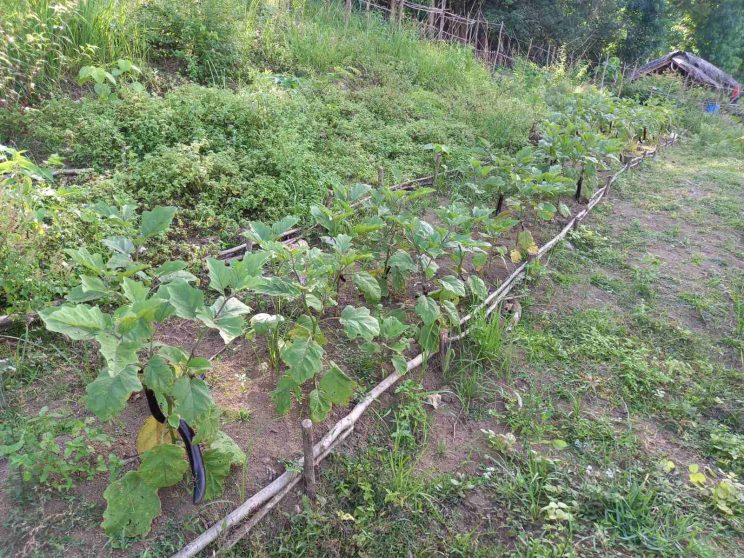 Aside from corn, the couple also grows different vegetables on their farm, including eggplant.

She added that they also use an all-natural soil conditioner and fertilizer which is only applied to the soil and not directly on the vegetables because the couple hopes to grow their crops as naturally as they can.

“Aside from that, we also have spiritual and energetic preparations such as connecting with the spirits of the land and offering prayers and thanks for allowing us to plant on the land. This makes us have a peaceful and supported life on the farm because the spirits mustn’t feel disrespected as we make changes,” Maniego shared. 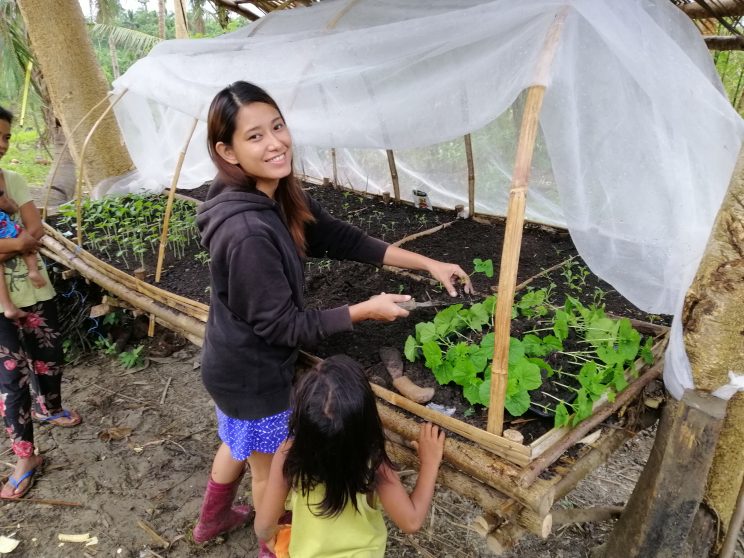 From preparing the land to sowing the seeds to harvesting, the couple has been very active on the farm since they took over.