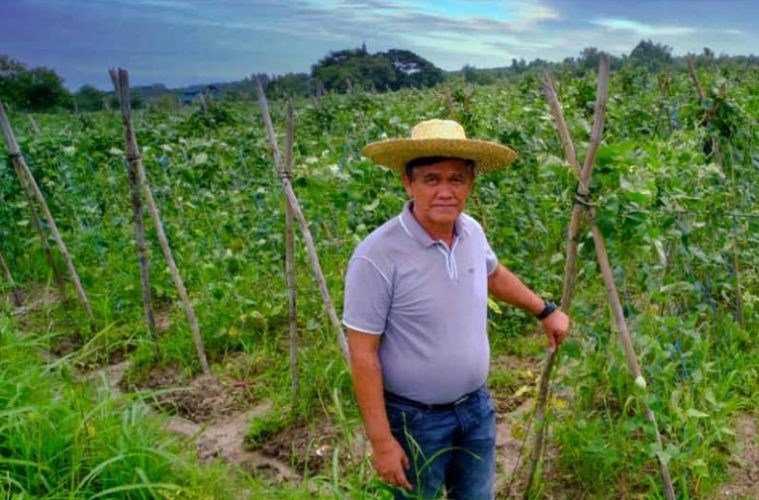 Tibayan and his string bean plantation.

The Palangue Agrarian Reform Cooperative (PARC) in Palangue, Naic, Cavite was established on July 5, 1995, with an initial capitalization of P21,100 from its 34 founding Members.

PARC was immediately registered at the Cooperative Development Authority. Joselito P. Tibayan, the coop organizer, was elected as board chairman. He was appointed PARC general manager in 2003. That same year, PARC members were awarded the title of the lands that they are tilling under the Comprehensive Agrarian Reform Program through the Department of Agrarian Reform (DAR).

Meanwhile, “Land Bank of the Philippines (Landbank) assisted PARC members for the  necessary funds and for the effective management of the coop, hence, PARC improved its quality and production outputs,” Tibayan said.

“Likewise, Landbank financed our loan applications to support the members’ farming needs and the cooperative’s activities. A year later, PARC generated an increase of 600 percent in our income,” Tibayan added.

PARC recently reported that it has 298 active members.

At present, it has a Botika sa Barangay program that lets members have access to medicines at affordable prices. In addition, PARC has a water refilling station funded under the DAR’s Village Level Farm Enterprise Development supplying the community with safe drinking water. Having a viable cooperative, PARC at present is the one providing agricultural loans to farmers in their barangay instead of Landbank. 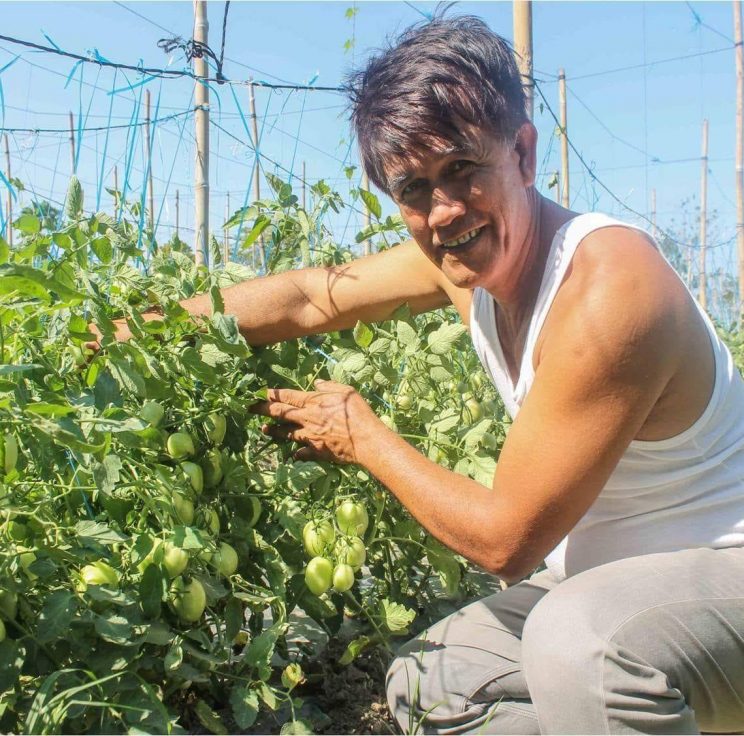 Tibayan with his fruitful tomato plants.

Tibayan, the cooperative’s general manager is very strict and transparent in managing the affairs of PARC.

Likewise, his leadership carries the characteristics of an innovative farmer. Hence, he can guide the coop members and other farmers of their barangay in implementing the Good Agricultural Practices (GAPs) in their farming pursuits.

Tibayan is a farmer-scientist for organic vegetables and nutrition farming in the province of Cavite and in Region IV-A under the Techno Gabay Program of the Department of Agriculture’s Agricultural Training Institute in Region IV-A (DA-ATI IV-A). As a farmer-scientist, Tibayan implements the GAPs in his farming career and is sharing these practices with farmers province-wide and region-wide

According to the Food and Agriculture Organization, “GAPs are the collection of principles applied for on-farm production and post-production processes resulting in safe and healthy food and non-food agricultural products while taking into account economic, social and environmental sustainability.”

As a successful agribusiness entrepreneur, Tibayan advocates for the following principles: assurance of health and welfare for both the farmers and the consumers, utilization of environment-friendly technologies, maintenance of ecological sustainability and stability, and profitability attainment.

In 2009, Tibayan was adjudged the Most Outstanding Agrarian Reform Beneficiary on the national level. As far as DAR affairs are concerned, Tibayan serves as chairman of the Provincial Agrarian Reform Committee of DAR-Cavite starting July 23, 2020.

Tibayan empowers the community where he belongs through his paradigm shift advocacy. According to Tibayan, “a farmer’s goal is to bring food to the table and reap the fruits of his labor to support his family’s needs.” However, Tibayan projects much more than this target because he wants to help the farmers in the locality through spending more time participating in seminars and short training programs.

He believes that “a farmer who is knowledgeable in his particular endeavor is more advantageous than others who do not do the same.” Thus, he keeps motivating his co-farmers in the barangay and the participants who undergo short training programs and seminars being conducted by the DA-ATI.

One of the many accomplishments of PARC is the case of Elena Maralang, a founding member of the coop. Landbank recognized Maralang and featured her achievements in its 2018 annual report.

The narrative is as follows: “She comes from a long line of farmers for whom farming is a way of life, not just a business. Like Tibayan, she joined the cooperative hoping for a way to uplift her family’s life. It has been 23 years when she first joined PARC and today, all of her seven children have finished their respective college studies.

“’Thanks to our partnership with LANDBANK and the guidance of DAR, our farmers can produce rice and vegetables that can supply the needs of Naic and increase our profit too,’ Tibayan said. “The cooperative’s initiatives have always been pinned on the hope that farmers get the most benefit from the land they till.”

Cooperative with a Heart 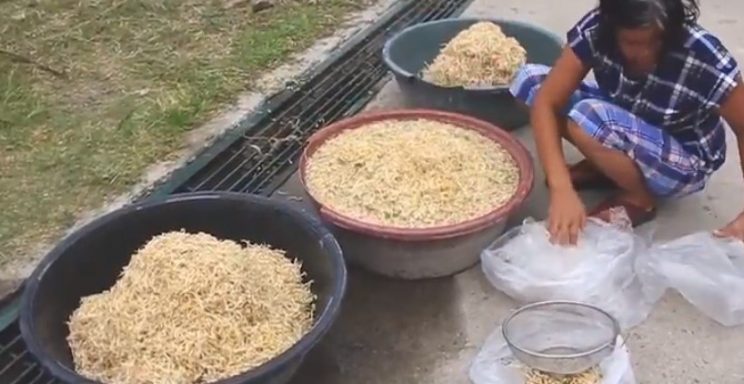 PARC member and her monggo sprouts for sale.

In the midst of people’s sufferings due to the effects of COVID-19 pandemic, PARC’s management has decided to sell their harvests at a lower price and even donate some of these to affected families. Likewise, their store is continuously open to provide for the needs of the community.

“The cooperative understands the people’s plight that they are unable to earn money because of the enforced community quarantine due to COVID-19 which affected everybody’s livelihood. In response to their needs, PARC decided to reduce the profits during this crisis,” Tibayan said.

As a community service, PARC has distributed a total of 25 sacks of rice and P25,000 of its Community Development Fund as a donation to Barangays 1 and 2 of Naic, Cavite.

PARC also provided financial assistance amounting to P 2,000 each to nine senior citizens in their barangay for their subsistence allowance. The cooperative has distributed three kilos of rice each to its members.

PARC indeed has provided the necessary technology and financial assistance as well as services to its members thereby alleviating their standard of living –– the best impact on their lives.