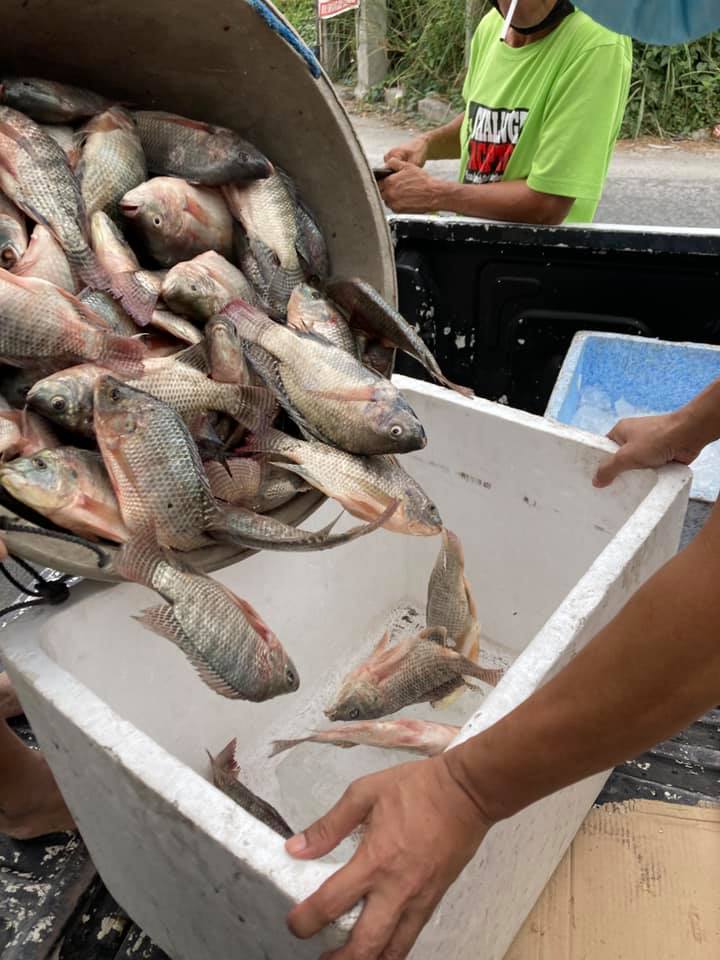 A total of 50 kilograms of tilapia fishes from Rizal fisherfolk were donated to Quezon City Community Pantry. (Photo from PAMALAKAYA)

Aside from battling the existing health crisis, millions of Filipinos continue to suffer from hunger and food insecurity caused by increasing food prices and unemployment rates.

Despite all the hardships brought about by the pandemic, Filipinos do not forget to spread acts of kindness. The latest example of this are the community pantries that have popped up all over the country on the weekend of April 17-18.

“Mula sa masa, tungo sa masa (From the people, to the people),” reads the post of Ana Patricia Non, the woman who organized the first Community Pantry in 96 Maginhawa St., Diliman, Quezon City.

The Community Pantry serves as an area where the public can either get or donate goods according to their needs and capabilities. As the quote posted on these stalls go, “Give what you can, take what you need.”

After Non’s initiative went viral on social media, many people got inspired to install community pantries in areas found not only in the metro, but also in other provinces, reaching as far as Camarines Sur and Iloilo.

Among the donors to this project is a farmer from Paniqui, Tarlac named Randy Calumag, whose sweet potatoes were donated to the Maginhawa community pantry. 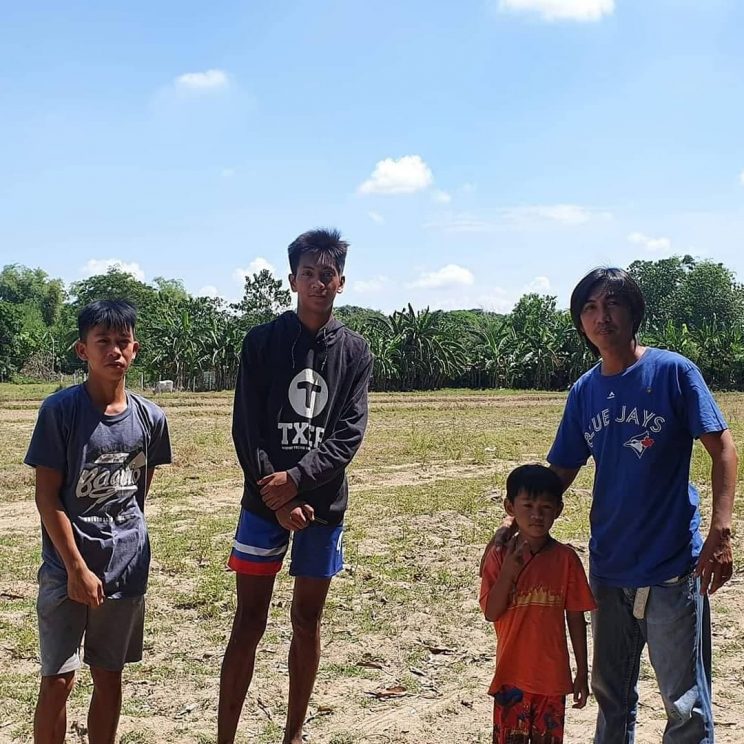 As per Magsasaka Outlet, a non-stock, non-profit group that advocates for fair food prices for Filipino farmers and citizens, Calumag has been asking for their help to buy his sweet potatoes at 15 pesos per kilo instead of selling them to buyers for six pesos.

The Magsasaka Outlet, through their project head, went straight to Tarlac to buy the produce according to the Calumag’s selling price. 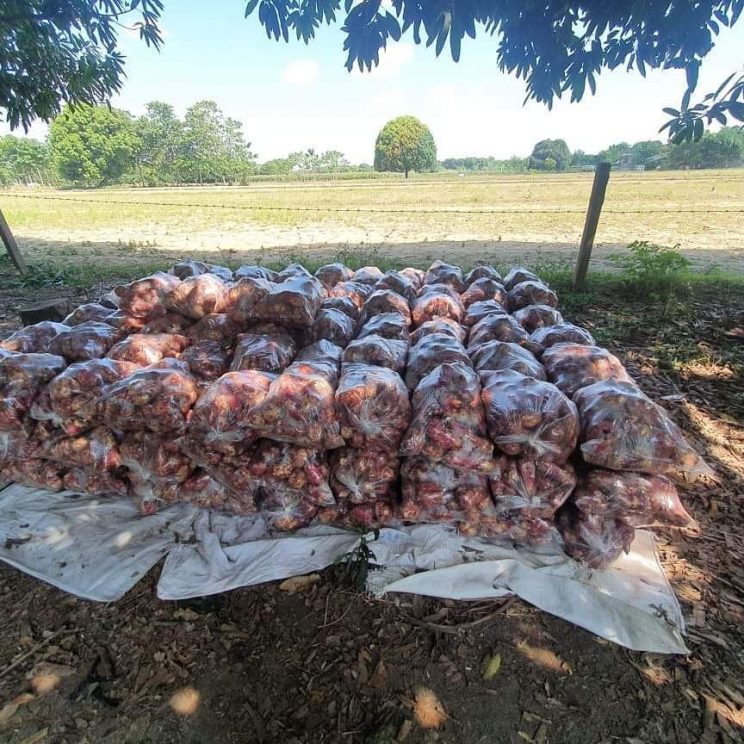 Tons of sweet potatoes that Magsasaka Outlet bought from Tarlac farmer Randy Calumag, which was later on bought by Magsasaka Partylist and donated to different communities. (Photo from Magsasaka Outlet)

In a Facebook post, the organization wrote in Tagalog, “To his delight, he donated sweet potatoes that we could distribute in different community kitchens around NCR.” The Magsasaka Outlet continues, “Upon arriving in Metro Manila, the sweet potatoes were donated to community kitchens around NCR. When we noticed the Community Pantry in Maginhawa, we distributed some of Calumag’s donations to the said initiative.”

Upon learning of the emergence of community pantries around the country, fisherfolk from Binangonan, Rizal also donated about 50 kilograms of their fresh tilapia produce in a community pantry located in C.P. Garcia Avenue, Quezon City. 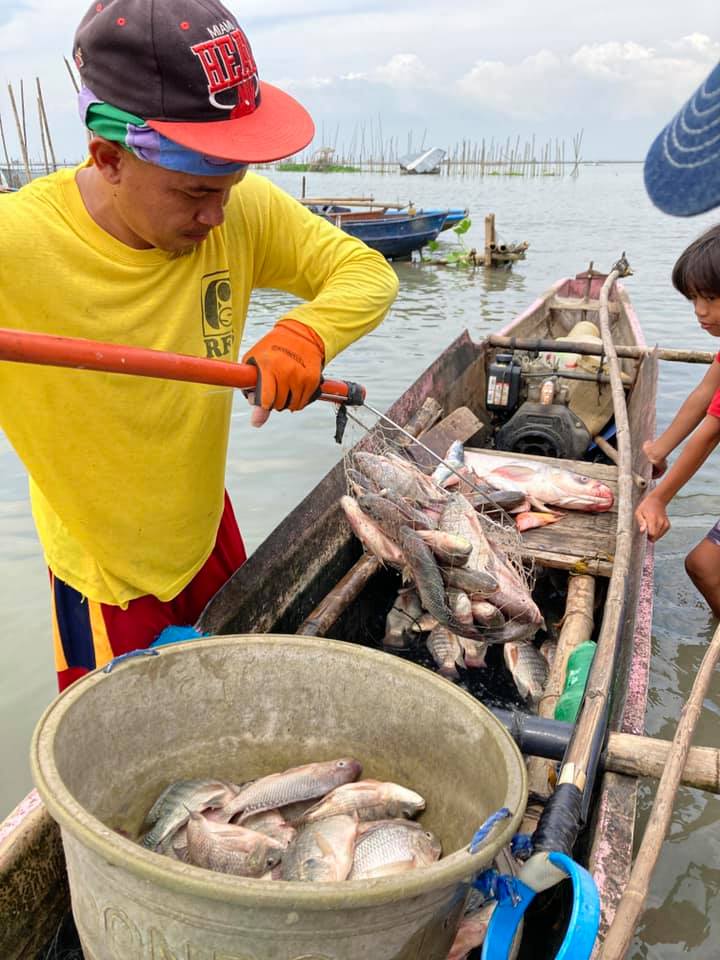 Ronnel Arambulo, one of the fishermen who donated their catch last April 18, 2021.(Photo from PAMALAKAYA)

In our interview with the organization, they said, “While we pledge to continue helping several community pantries based on our logistical capability, we are still demanding sufficient subsidy and aid for small fishers to help us get back on our feet and boost the wheels of production.”

PAMALAKAYA added, “We welcome those who want to replenish community pantries of their choice with fishery products through purchasing from us, which can help the fishermen as well.”