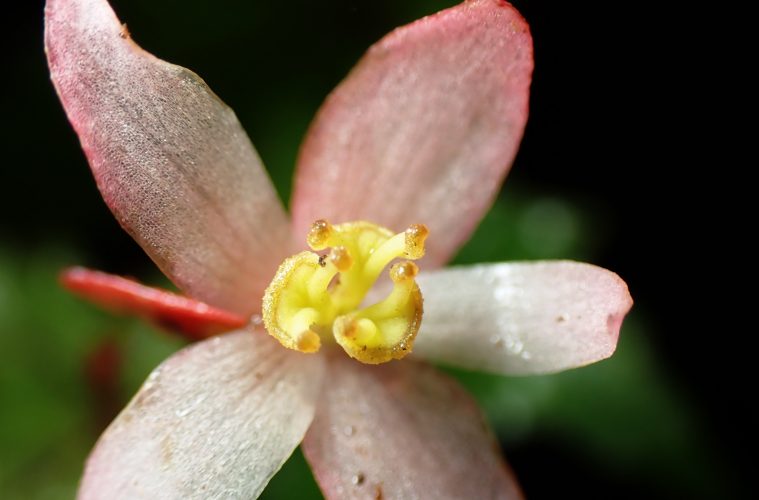 Begonia bangsamoro was published as a new species from Mindanao in the international scientific journal Phytotaxa on April 16, 2021. Before it was confirmed as a novel species, the unique Begonia was previously spotted throughout the years in Bukidnon. When botanist Dave Buenavista chanced upon the plant in Lanao del Sur, he sent the photos to Begonia specialists who suggested its uniqueness. While B. bangsamoro may share similarities to other Philippine Begonias with lacerated leaves, further research found differences in the flowers.

Begonia bangsamoro produces attractive leaves with lacerate margins and dainty white flowers. The plant has been categorized under the section Petermannia of the family Begoniaceae. The genus Begonia is one of the most diverse in the plant world with more than 2,000 species known worldwide. 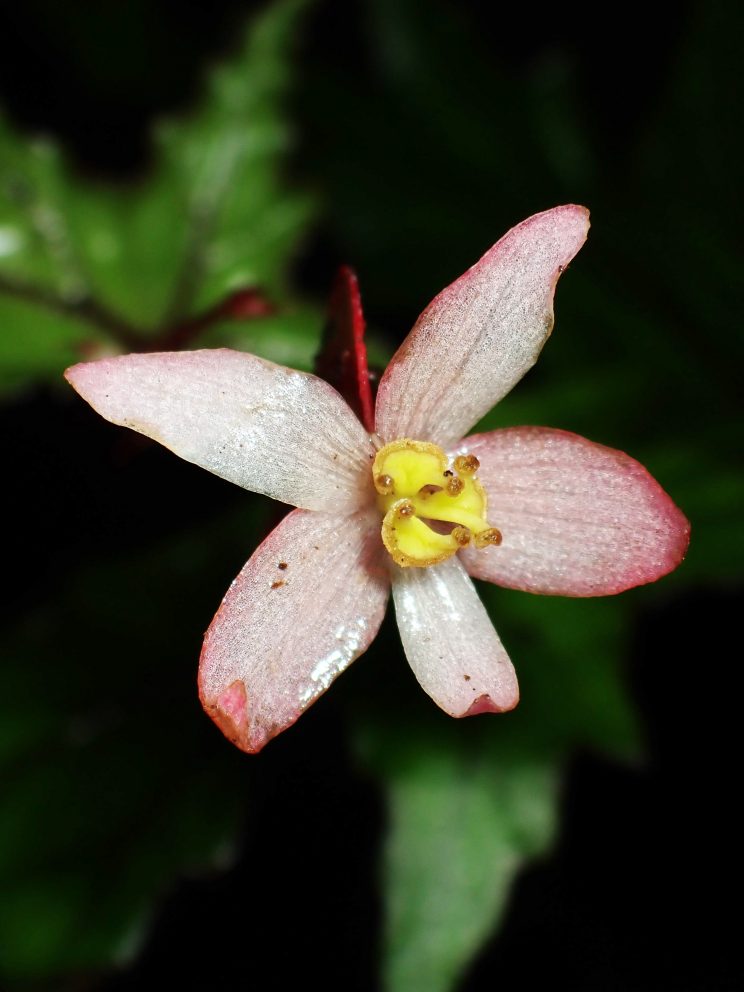 Dave Buenavista, limited to his hometown due to last year’s pandemic lockdown, was on a stroll looking for a new species of helmet orchid. He found Begonia bangsamoro growing in a forest patch beside his uncle’s vegetable garden, completely by chance. He then located more specimens by a river. Since he specializes in Philippine orchids, Buenavista consulted Begonia specialists who encouraged him to delineate the find as a separate, unique species upon closer examination. Most Begonias in section Petermannia bear 2-tepaled male flowers (such as B. incisa), compared to B. bangsamoro’s 4-tepaled flowers.

The Begonia bangsamoro report was a collaboration between researchers from Central Mindanao University, Philippine Taxonomic Initiative, and Bangor University in the UK. While the botanists reviewed the literature, they found that B. bangsamoro was previously photographed in Bukidnon but misidentified. It is now officially recognized as a novel species with its publication in Phytotaxa. The report was authored by Dave Buenavista, Yu Pin Ang, MC Andrew Pranada, Daryl Salas, Eefke Mollee, and Morag McDonald. 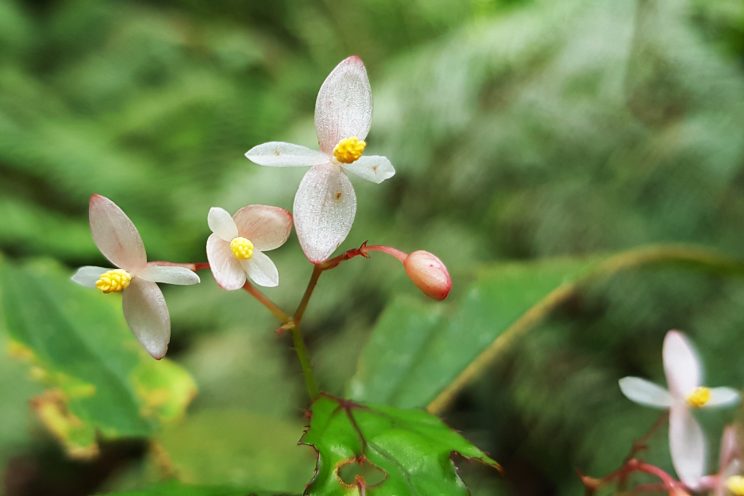 “I’m thrilled that Begonia bangsamoro was finally published. This is something that my hometown can be proud of. I guess my next project would be the conservation of this species. I’m also still looking for my helmet orchid,” said Dave Buenavista, main author of the report.

The new species was discovered during a window of opportunity to explore Lanao del Sur in the Bangsamoro Autonomous Region in Muslim Mindanao (BARMM), known for its history of armed conflict before gaining its autonomy. The epithet is named after the Bangsamoro people, referring to the thirteen ethnolinguistic groups native to the southern Philippines. Their livelihoods and culture were intimately intertwined with nature and they are responsible for a number of Key Biodiversity Areas (KBAs) in the region. 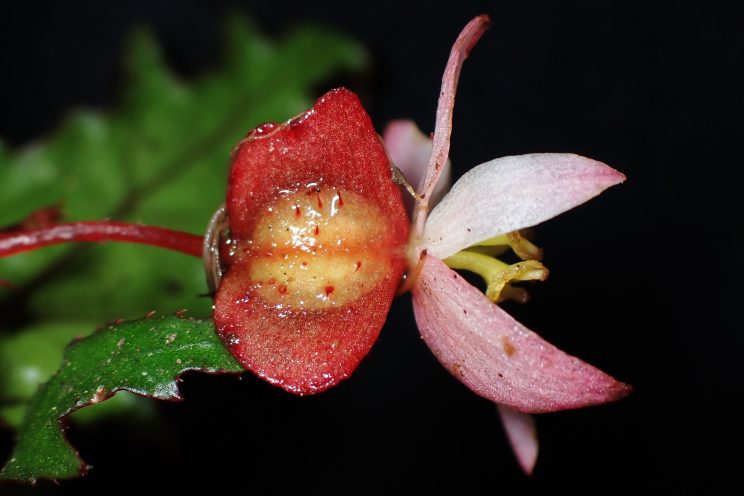 “The observed habitat was however fragmented and affected by cash crop plantations in the vicinity. The expansions of plantations and unregulated clearing of forests are some of the biggest threats this new species faces. Years of conflict, violence, and insurgency hampered fieldwork in the region. The publication of this species represents the potential discoveries this region holds,” said co-author Yu Pin Ang.

The full report entitled “Begonia bangsamoro (Begoniaceae, section Petermannia), a new species from Mindanao Island, the Philippines” can now be found in Phytotaxa Vol 597, No 1.