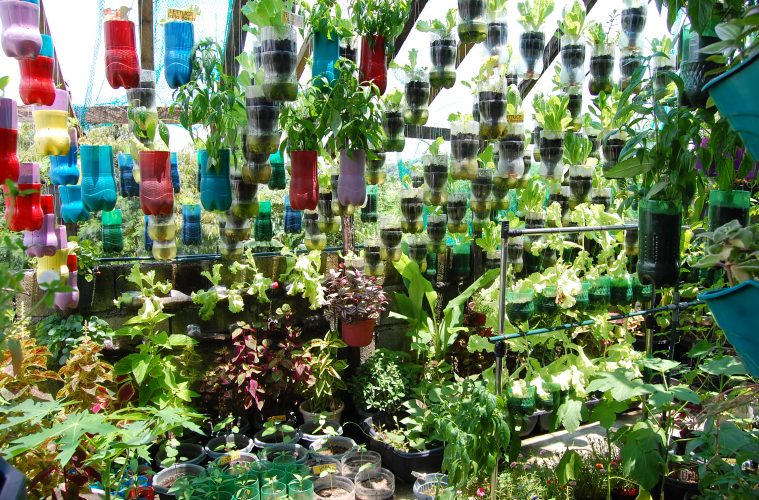 In Taguig City, a small rooftop that measures 4x7 meters is home to different vegetables, fruits, and a few ornamental plants. These crops are planted in upcycled materials like old basins and bottles of mineral water.

It is true that you can save a lot from growing your own food. Don Bustamante, 45, a photographer by profession, can attest to this since he used to be reliant on markets for food, but is now an urban grower himself.

Bustamante started growing vegetables after he was diagnosed with type 2 diabetes in 2015. Following his doctor’s advice to cut down on rice intake, he became a heavy consumer of vegetables, spending about P3,000 per week on veggies alone.

With all the expenses and the financial needs to sustain his family at that time, Bustamante shifted from buying veggies in stores to building an edible garden in his residence. His growing space sits on a 4×7 meters rooftop in Taguig City.

He said in Taglish, “One time at the grocery, I came across seeds for planting. So I thought to myself, ‘what if I plant my own vegetables to save money or at least reduce our budget for vegetables?’” 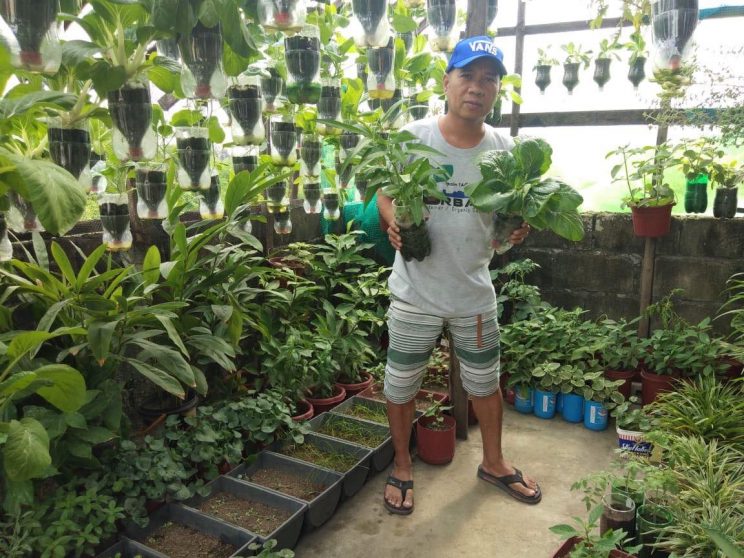 Behind the flourishing garden is Don Bustamante, 45, who started growing crops last 2015 to save money from buying veggies in the grocery.

He bought a pack of pechay, mustard, and lettuce seeds that he tried planting later on. But because he had no initial idea on growing crops in general, his first attempt failed. He read books and articles, asked other gardeners for tips, and applied the practices he learned to know what works best for his garden.

After getting the hang of it, not only was he able to find a sustainable way to provide safe and nutritious food for himself and his family, but through gardening, he also found a new source of income and career in vlogging.

From taking photos to tending the garden

Bustamante is a professional photographer who was previously employed by a university in Manila.

After a year of rooftop gardening, he began sharing tips and techniques via a Facebook group he created and named ‘Urban/Container/Organic Gardening.’ The online community grew in numbers, and today, it has about 127,000 group members.

Apart from this, Bustamante started documenting his experiences and uploading them through his YouTube channel, which as of this interview, has 270,000 subscribers. When his channel started earning more than what he can gain from being a photographer, Bustamante decided to devote his full time to gardening and vlogging.

Crops on the rooftop

Most of his year-round crops are leafy greens like pechay, mustasa, pak choi, kangkong, camote tops, kale, spinach, and alugbati. Other crops include tomato, pepper, ginger, lemongrass, eggplant, sitaw, cucumber, ampalaya, garlic, and onion. He also grows medicinal plants like basil, leek, celery, parsley, and oregano, which he uses as morning tea or as kitchen ingredients. 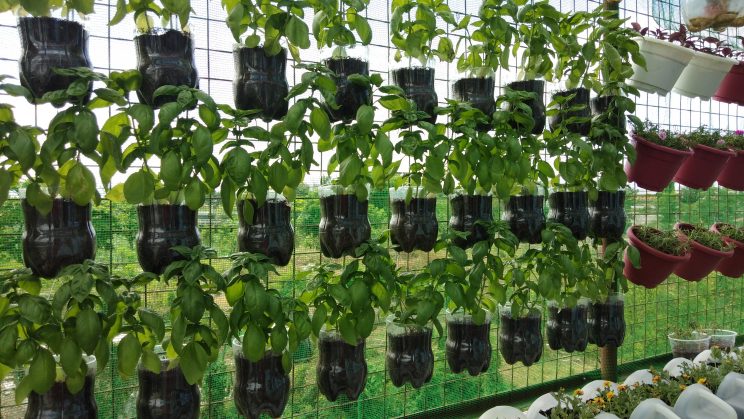 Basil is one of the herbs in Bustamante’s garden.

Bustamante grows these crops from seed most of the time. Since he has gained numerous subscribers as a YouTuber, he also gets free seeds, tools, fertilizers, and other gardening products from sponsors.

His garden soil comes from vacant lots nearby, to which Bustamante adds natural fertilizer and other materials like coco peat, vermicast, carbonized rice hull, and compost to improve the mix.

He makes the most out of his garden by using upcycled planters and containers like plastic bottles, old basins, and pails. “Using PET bottles is more effective compared to planting directly in the ground. For me, it is easier to manage,” he said. When applying fertilizer on the ground, the effectivity is reduced when it is washed out by the rain, unlike when using PET bottles, Bustamante added. 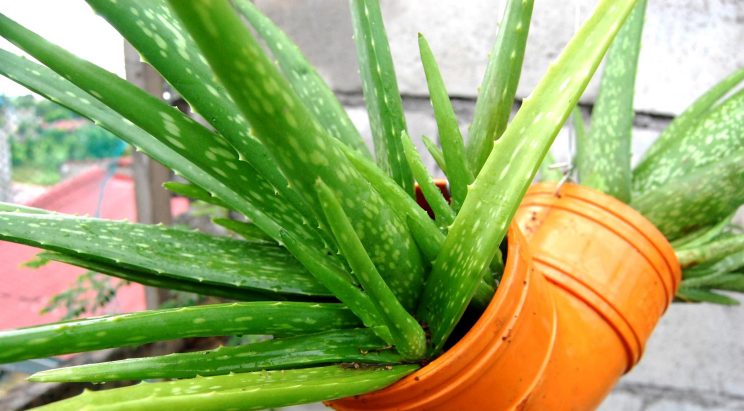 This is an edible aloe vera planted in an upcycled PVC pipe. As per Bustamante, this variety is consumed as a juice.

Self-watering planters also save his time and effort in tending his plants. Plus, he can maximize the spaces above, on the sides, and the floor using these upcycled planters.

The perks of being a self-employed gardener

Bustamante gets to reap the fruits of his labor almost every day. He said, “My planting style has a one-week interval. For example, when I plant pechay now, after one week, I will plant mustard, then after another week, I will plant the lettuce, and so on.”

This way, when he starts harvesting pechay this week, he will be able to harvest other veggies in the coming weeks. “Harvest in the garden is continuous. Almost 90 percent of what we consume comes from the garden,” he added.

Bustamante only grows food for household consumption. When there is excess supply, he also shares them with their relatives and some neighbors.

As an urban gardener, rooftop gardening is an advantage for him because he encounters fewer pests, given that his growing area is elevated. Pests aren’t much of a problem since he also installed nets around his rooftop to safeguard his plants.

With the costs of vegetables and other raw materials today, he said, “I can say that I really save a lot on my budget. For example, when chili, tomato, or ginger are expensive [in the market], I don’t [have] to spend money on them [since] I grow my own crops.” 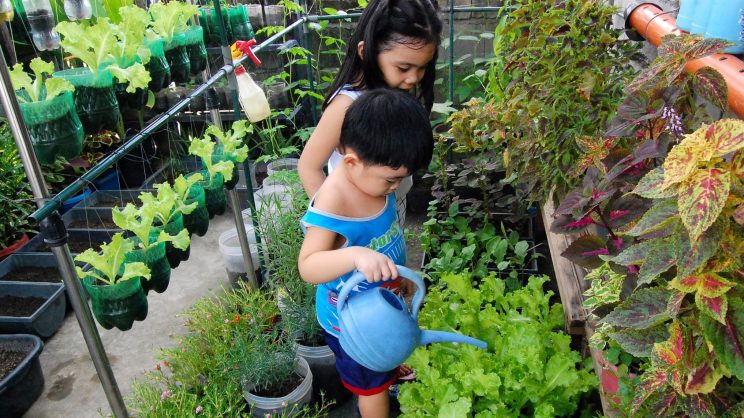 Apart from increasing savings and investment in family nutrition, being a full-time gardener and vlogger has paved the way for him to have more time with his kids and wife at home.

Here are a few things to note when starting a rooftop garden.