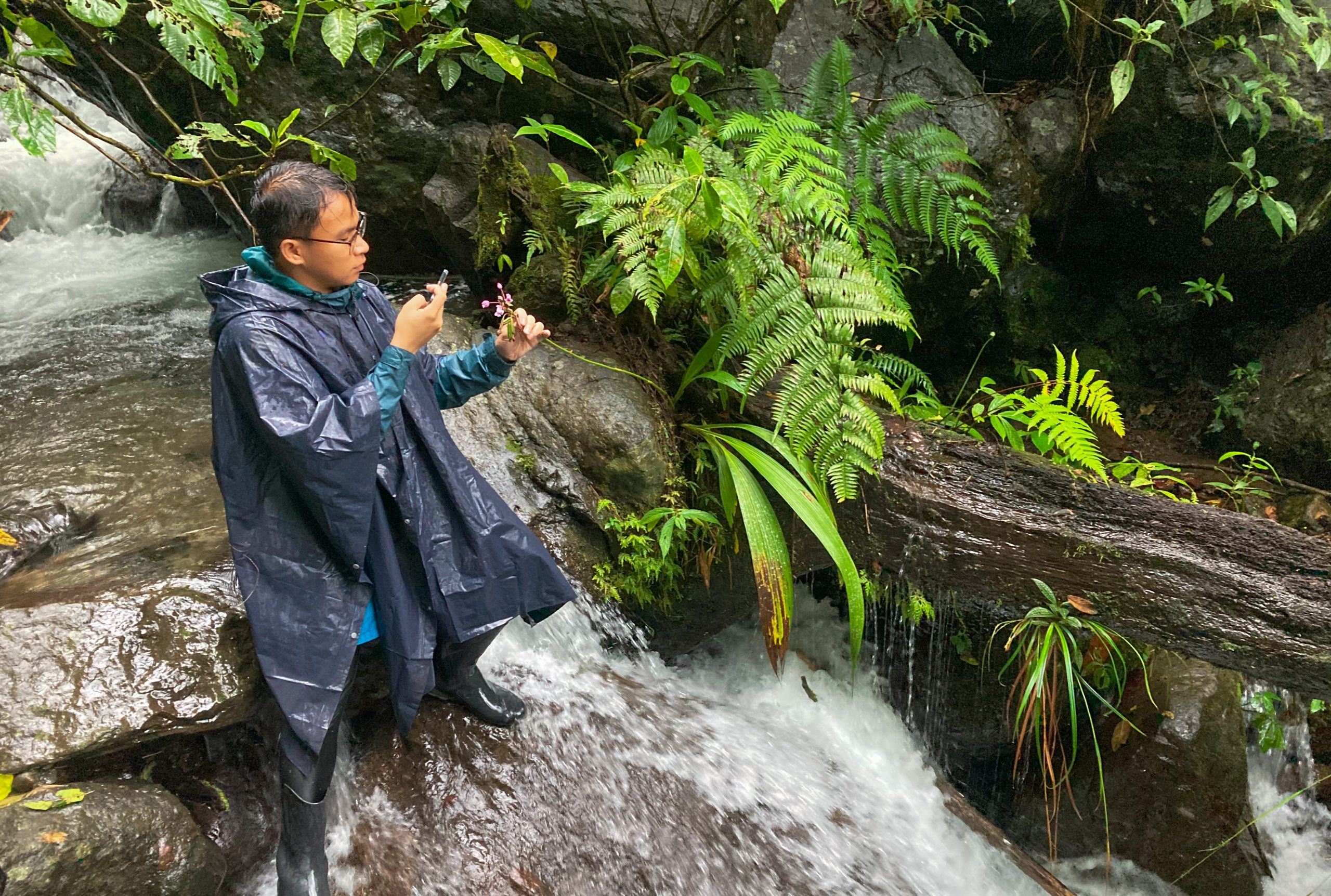 It’s well known that the Philippines is a biodiversity hotspot, its 7641 islands holding a vast array of flora and fauna, many yet unrecorded, all of them rapidly disappearing. But despite this being common knowledge, the importance of this doesn’t usually hit home until a new species is discovered. 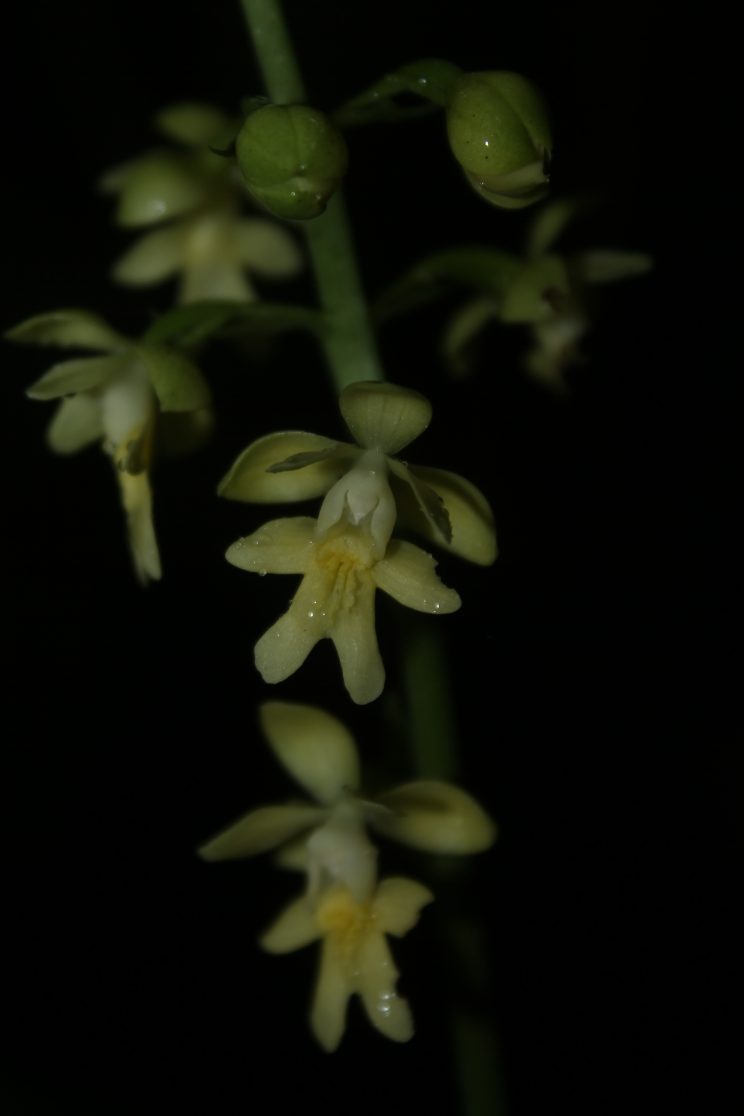 paper called “Richness and Distribution of Orchids (Orchidaceae) in the Forests of Mount Busa, Sarangani, Southern Mindanao, Philippines” in the Philippine Journal of Science Special Issue on Biodiversity documenting the species of orchids they found on their expedition.

Funnily enough, the real reason they were on Mt. Busa wasn’t to study its flora. Pitogo, assisted by Saavedra, was doing his Master’s thesis on the amphibian and reptile community of Mt. Busa. It just so happened that the researchers came across so many new species of flora during their expedition that they decided to write about it as well.

“While the main objective was to document amphibians and reptiles, the end goal of the project was to provide the biodiversity data needed for the protection of the BMR,” Saavedra says. “As someone who is fond of documenting orchids because I worked on this group before, I’ve been documenting and listing in the sideline whatever orchid species I could find, hoping that this data could also be used to strengthen protection of this mountain range.”

READ: Mt. Busa: An area that needs to be protected

Not exactly a protected area

Mt. Busa forms most of the Busa Mountain Range (BMR) in southern Mindanao, straddling the borders of Sarangani and South Cotabato. It is one of the least studied mountains in the area.

It is also more protected on one side than the other. Saavedra explains its protection status:

“Despite being a key biodiversity area and an extremely important conservation priority site, the BMR is partially protected under the National Integrated Protected Areas System (NIPAS),” he says. “The NIPAS refers to the classification and administration of all designated protected areas to conserve, preserve, and sustainably use the biodiversity therein. Consider this as the highest level of protection afforded to an area.”

“The designation of the southern slope of the BMR as a protected area would mean a stronger legal framework for conservation. Legislated protected areas in the country will have their resources, management plan, and governing body. Thus, we hope to provide the empirical field data needed to justify the inclusion of the southern slope of BMR to ENIPAS,” Saavedra says.

It is hoped that their published research papers on Mt. Busa’s flora and fauna will help preserve the area. “…orchids are one of the most charismatic and recognizable plant groups. So, we wanted to leverage this popularity of orchids among the public to bring attention to the underappreciated biodiversity of southern Mindanao, particularly of the BMR, which is needing protection and conservation,”  Saavedra says. 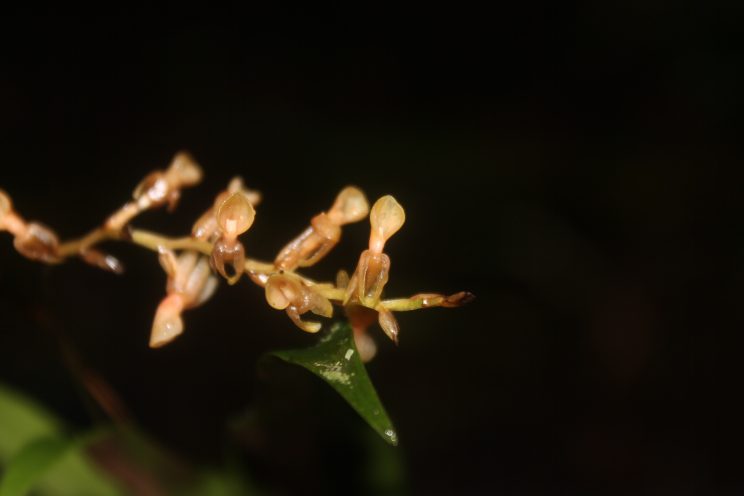 The researchers found a total of 108 orchids in their study sites alone. While many of those observed can be found round the country, there were some that are considered rare. 53 of them are endemic to the Philippines while 12 have only been seen in Mindanao. Some have only been seen in other countries and others haven’t been properly documented until now.

“…we’re probably the first to provide decent photos of Thrixspermum rostratum, Dendrochilum elmeri, and Agrostophyllum elongatum in the literature. We also recorded Oberonia serrulata, which was known to exist only in the highlands of New Guinea until our discovery in Mt. Busa. So, its record in Mt. Busa is a new locality record for that species and a new record for the Philippines,” Saavedra recounts, adding that there’s a very high chance that there are even more species that haven’t been discovered yet.

“Interestingly, there were also putatively new and undescribed species that we recorded, which were Coelogyne sp., Bulbophyllum sp. 3, and Calanthe sp. These are significant findings considering that we have not maximized our sampling effort and coverage yet, so we are confident that future fieldwork in the BMR would uncover more orchid species,” he says.

A campaign for protection

In a country where deforestation is a problem, the existence of a near-pristine mountain range is important and its conservation efforts much needed. 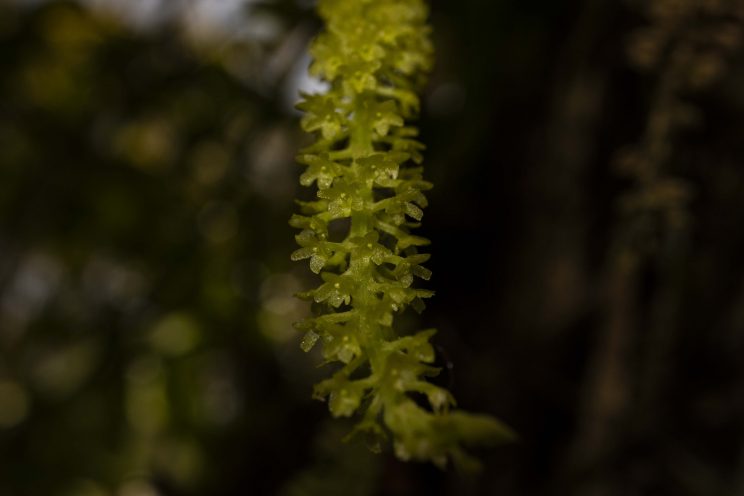 “The BMR still hosts one of the last remaining primary forests in the region, which offer many important ecosystem services to both wildlife and the people,” Saavedra says. “These include the provision of clean water and food, habitats to many wildlife, protection from strong typhoons, regulation of climate, among others. It also serves as habitats to many wildlife species, sacred ground of the indigenous peoples, and tourist attraction. Losing this habitat would also mean losing these important services it provides.”

What Pitogo and Saavedra found in their expedition is but a fraction of the diversity that the mountain range holds. With proper conservation measures, biologists and botanists are sure to find more.

Mt. Busa: An area that needs to be protected