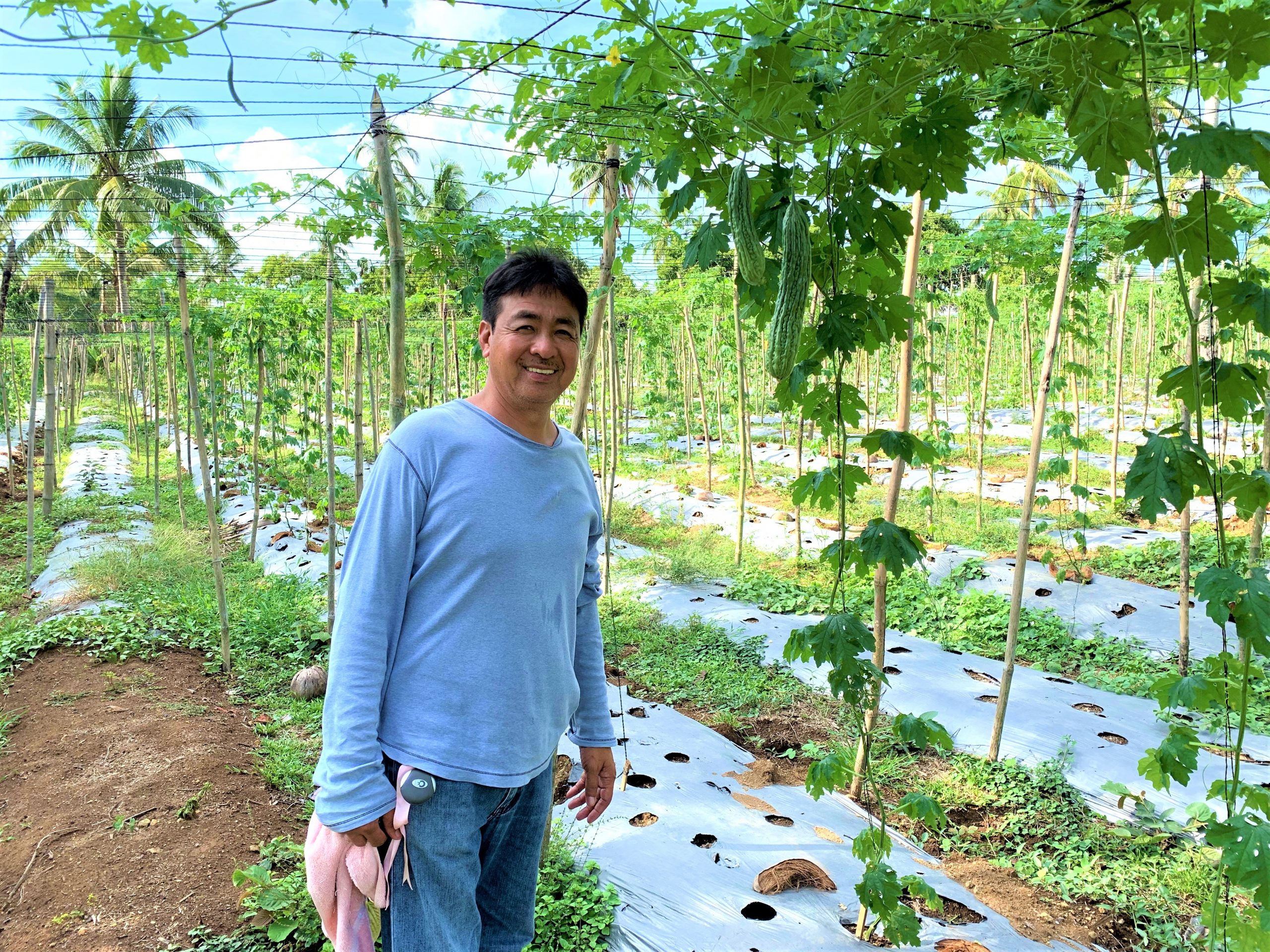 Silan in his ampalaya plantation.

Edilberto R. Silan, the “Dragon Fruit King” of Cavite and one of the pioneers in planting dragon fruit in the country, practices mono-cropping, intercropping, multiple cropping, and cash cropping on his farm situated in the agritourism town of Indang, Cavite.

Silan practices a diversified farming system in his sprawling, ecologically-balanced 15-hectare farm, which he owns with his wife Shirley. 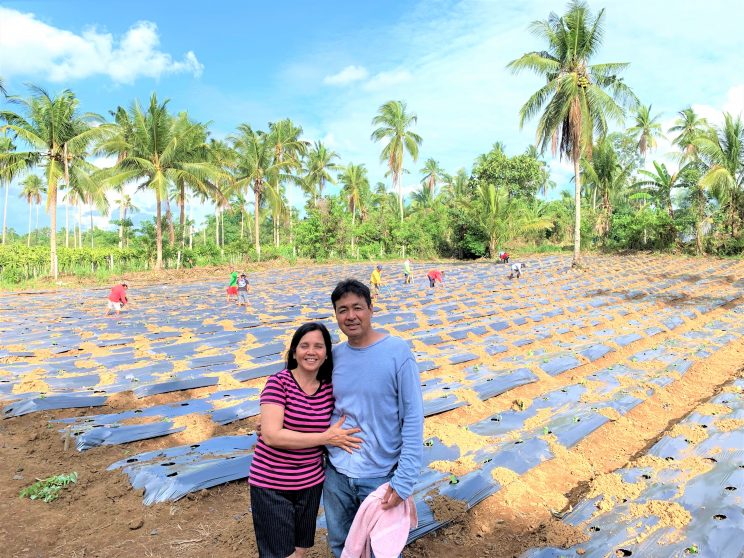 He practices mono-cropping in a one-hectare open field where 5,000 ampalaya and 5,000 tomatoes are planted alternately, so that the trellis for ampalaya is used for tomato plants once the season for ampalaya is done. The plots are covered with black plastic mulch, thereby conserving water and preventing the prevalence of weeds.

At the adjacent side of the farm, a two-hectare monocrop of 30,000 plants of eggplant. The plots are also provided with black plastic mulch.

The area adjacent to the eggplant plantation is planted to various crops, literally multi-storey in nature where banana, black pepper, soursoup or guyabano, papaya, cassava and taro are planted.

Silan said that “he started his dragon fruit farming in 1999 with his 1.5-hectare inherited farmland from his parents,” situated in Tambo Munting Kulit, Indang, Cavite.

He is very fortunate that his farm is endowed with springs that flow across his place. A characteristic of a farm land that dictates successful farming for having an abundant water supply.

While dragon fruit does not require irrigation since the plant is categorized as a cactus, the abundant water supply led to Silan’s farming diversification.

Silan started planting the red royal dragon fruit variety and at present he averred that “the said variety is planted to a sprawling eight hectares of his farm which provided him 10 tons of quality marketable fruits per hectare.”

Thus, a total of 80 tons in just one harvesting season sold at an average price of P100.00 per kilo. Isn’t dragon fruit farming a lucrative business? 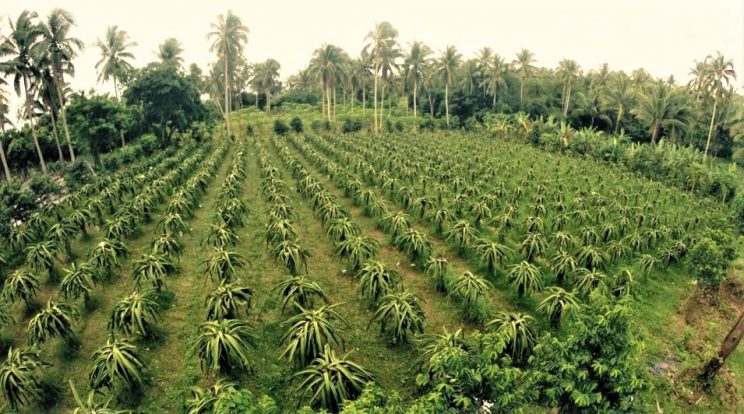 He continued that “this crop is not just confined with the red royal variety, I also have here the white and yellow varieties.” Silan also has two-hectare farm devoted to white dragon fruit variety that gives him 10 tons of quality marketable fruits per hectare per season, like that of the red royal variety.

Thailand’s red royale variety is known for its sweetness; Vietnam’s white variety is rich in Vitamin C and tastes somewhat sour; and the yellow variety from Australia, which was introduced by Silan to the Market in 2019, has a blend of sweet and sour taste.

The quality matured planting materials of these varieties at Silan Agri Farm are priced at P100.00 per stem and being sold throughout the Philippines.

Meanwhile, a 1,500-square meter area is planted with pineapple. The planting materials were procured from the Del Monte Corporation in Bukidnon through the assistance of the Bureau of Plant Industry in Manila. “My experience on mono-cropping [the] MD2 variety of pineapple, during the first cropping season, gave me a gross income of P206,000. So, I am planning to plant this crop to a wider scale since I now have suckers as planting materials,” Silan said.

It is surprising to account that from a 1.5-hectare inherited land from their parents, Silan is now operating in a 15-hectare farm land registered in the government as Silan Agri Farm. He said that out of their income from diversified farming, they eventually have bought little by little the neighboring farms in the area. 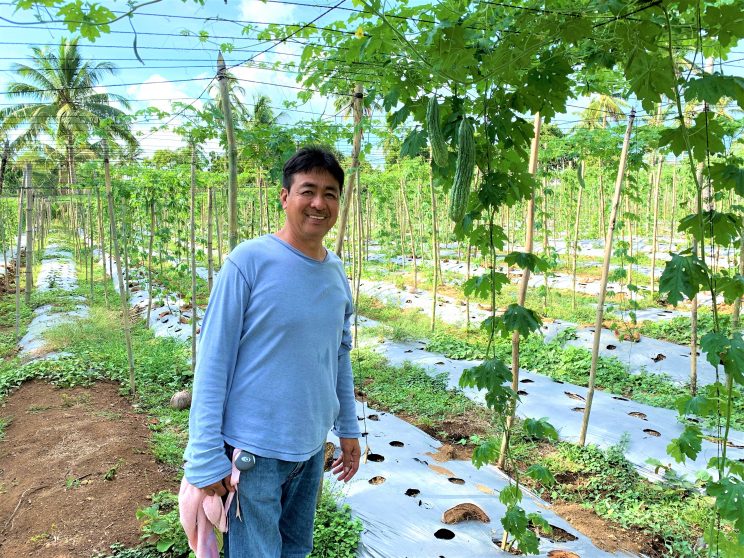 Silan in his ampalaya plantation.

According to Silan, “cash cropping is also practiced in a 2.5-hectare area where tomato, red pepper, eggplant, and cucumber are planted.”

To keep the farm fertile, “around 50 tons of self-produced vermicast in the farm are being applied every year. Through this nutrition farming technology, the soil is being fed not the plants, hence a 7.0 pH level is maintained thereby actualizing the good agricultural practices,” Silan said. When the soil has a 7.0 pH level, it is well-conditioned and gives 100 percent fertility as support for the crops.

A tree house is constructed to serve as Silan’s rest house and as an attraction to visitors taking agri-tours of the farm. Silan said that “the real purpose of having such a tree house is to further my visibility in the surrounding plantations.”

After about 600 meters away from the tree house, there is another elevated rest house, this one measuring four meters wide, four meters long and one and one-half meters high. “The 1.5 meter-high concrete-walled structure below the flooring is actually a water tank holding around 120 drums of water and seeded with more than 100 heads of tilapia,” said Silan.

He also rears native chicken, native pigs and cows in the farm. Hence, his farm is integrated in nature.

The third rest house is made possible for Silan to see another segment of his plantation of other crops – 1,000-square meter open space for tissue-cultured lakatan variety of banana as well as rambutan.

But the very practical purpose of having rest houses in various areas in the farm “is for the protection from inclement weather conditions of my farm workers who are employed to help me in operating my diversified farming career,” Silan added.

Likewise, “these rest houses will become holding areas for groups of visitors conducting educational farm tours in the farm, which lately has been converted as a Science and Technology-Based Convergence of Agriculture and Tourism Project in Region IV-A.” 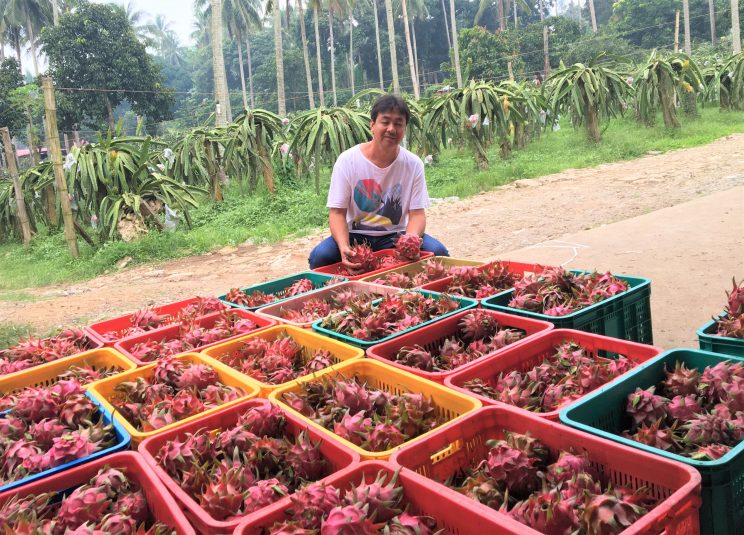 In August 2018, Silan Agri Farm, as well as the local farmers, processors and entrepreneurs of Indang, Cavite, benefited from a project dubbed Science and Technology-Based Convergence of Agriculture and Tourism, in short, SciCAT.

For Silan, “my farm has been invigorated through the project, a SciCAT Model Farm, that serves not only Region IV–A, the CALABARZON area, but also nationwide.”

The supervising agency of the SciCAT Project is the Cavite State University (CvSU) in Indang, Cavite, in cooperation with the Department of Science and Technology’s Philippine Council for Agriculture, Aquaculture and Natural Resources Research and Development (DOST-PCAARRD), University of the Philippines Institute for Small Scale Industry (UPISSI) and the Department of Tourism (DOT).

The other identified recipients of the program in the country, together with Silan’s Agri Farm, are Institutions and Magsasaka Siyentista’s farms as follows: Seeds and Seedlings Plaza of the Bureau of Plant Industry in Manila; Mt. Katinglad Agro-Eco Farm of DOST Regional Office X; Greentigrated Farm of the University of Southern Philippines in Davao City; Andy’s Farm of Benguet State University in La Trinidad, Benguet; Pera’s Farm of Don Mariano Marcos Memorial State University in La Union; and Green Village of Bicol State University in Albay.

Hence, with the SciCAT Project, selected farms will serve as the communities’ main tourist farms attraction leading to the creation of employment and entrepreneurship opportunities.

Practicing diversified farming like what Silan is doing, an agripreneur gains a huge amount of income through planting of various fruits and vegetable crops, in addition to the main crop––the dragon fruit––through mono-cropping, multiple cropping, intercropping and cash cropping. Likewise, income could be obtained from entrance fees since Silan Agri Farm is also operating as an agritourism model farm.

Mt. Busa: An area that needs to be protected

Getting back up again: How agribusinesses can survive a rigid market