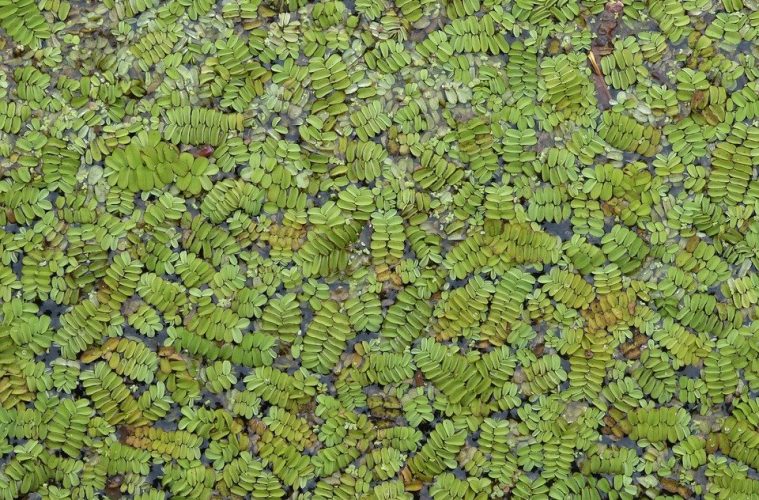 Photo by RGY23 from Pixabay

Why Azolla is Considered the “Most Economically Important Fern on Earth”

Azolla (Azolla pinnata), also known as water fern, is a free-floating aquatic plant that forms clumps. It has short branches, slender roots, and is coated with tiny hairs that help keep the plant afloat.

But scientists have now put the spotlight on the wonders of this water fern. In a study published in Nature Plants, scientists announced that they successfully extracted the genome A. filiculoids along with the genome of another floating fern known as Salvina cucullata. This breakthrough brought them a step closer to understanding the biology and benefits of these particular species.

They claim that one of the most extraordinary features of the Azolla fern is its ability to create a symbiotic relationship with cyanobacteria, which in turn gives it the ability to “fix” nitrogen.

Nitrogen fixation is the process where plants use the chemical element as a fertilizer. While most plants can’t do this alone, the blue-green cyanobacteria that live in Azolla leaves allow this process to happen. In turn, Azolla can sustain rapid growth in favorable conditions.

Another feature that the scientists noted is the ability of Azolla to help prevent pests from attacking crops. This is because farmers have noticed for decades that bugs generally don’t like ferns, and now the sequencing of the Azolla genome reveals it carries certain genetic mutations that allow it to repel insects.

It is because of these advantages that Azolla earned the nickname “green manure” and is considered the “most economically important fern.”

The scientists also noted that the fern’s ability to grow rapidly and thrive in almost any condition could help mitigate climate change since it can sequester a significant amount of carbon should it be grown in abundance.