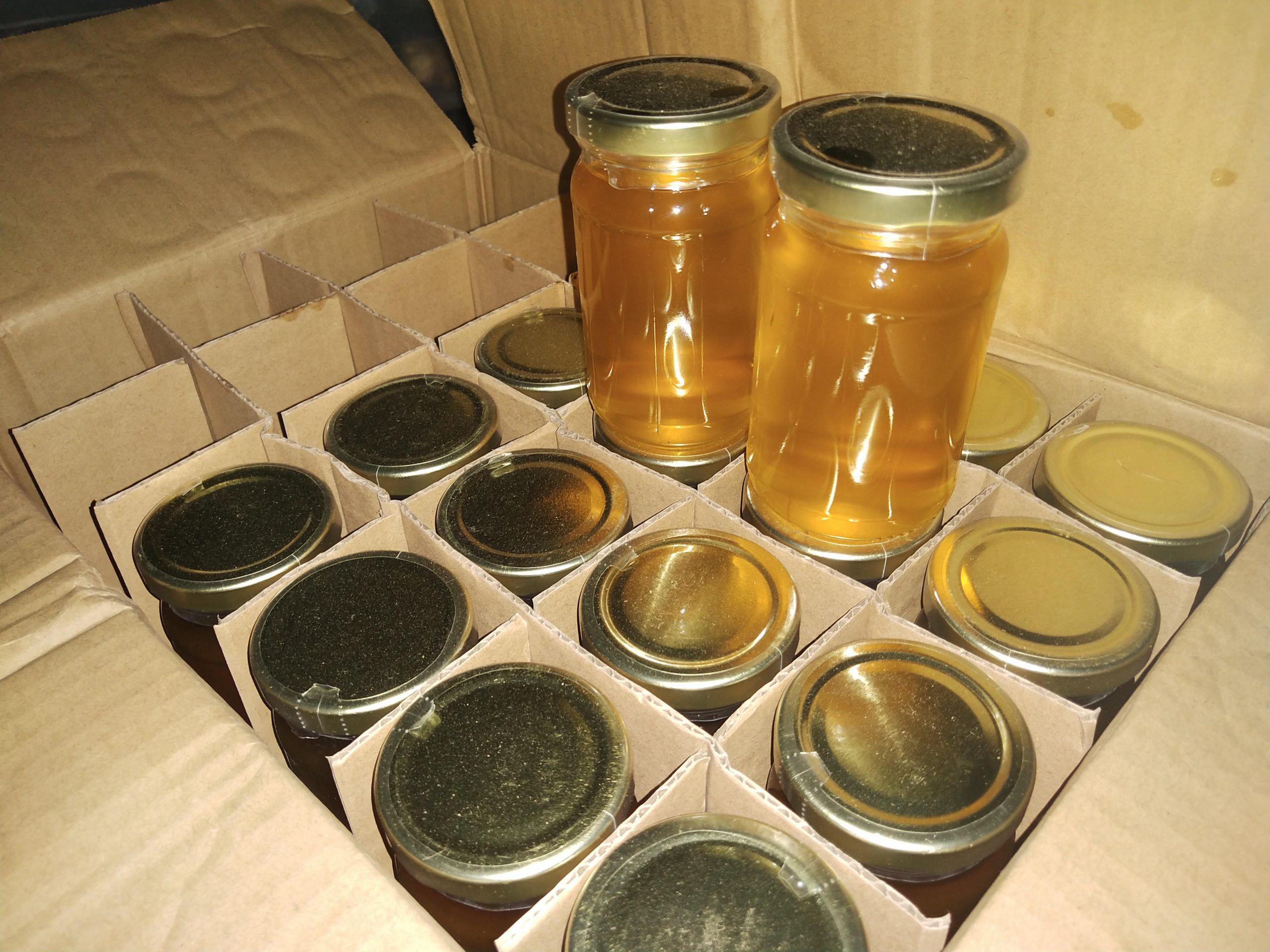 Honey is made from concentrated nectar. Pure honey should smell subtly like flowers.

Not all honey available in the market is pure. According to Wilfrido “Jonji”  S. de Jesus Jr. of Two Bees Apiary in Iloilo City, these so-called “fake” honey isn’t actually fake, but most probably either honey made by bees who have been fed sugar water instead of nectar, or honey that has been adulterated with other substances.

He offers some tips on what to consider when buying honey:

Tune in to your tastebuds. Since our senses of smell and taste are connected, it stands to reason that if honey should smell like flowers, then it should sort of taste like it, too. “…it should taste like a mixture–it’s like smelling the flower and when you taste the honey, it also somewhat tastes like the flowers you have smelled because it’s nectar,” de Jesus says.

Because the kind of nectar gathered not only determines smell but also taste, this means that honey from different areas, as well as honey gathered by different bee species will taste different, with notes ranging from sweet to sour. “That’s the difference between [European honeybees], which is apis mellifera, and our native bees. Our native bees, most of the honey that they gather are sour… they prefer their foraging [for sour nectar]… that’s why their honey tastes like it has vinegar in it. But the Italian bees, they go on the [sweet] side of nectar,” de Jesus says.

Know your beekeeper. According to de Jesus, the best way to tell if honey is “fake” is through lab testing, since pure honey will contain micropollens while honey from sugar water-fed bees will not, although some people get around this by blending “fake” honey with those from different sources to make it harder to detect, even with a microscope.

“The best answer to the question ‘How do you know if your honey is real?’ is you should know your beekeeper. It’s that simple. Because if you know your beekeeper… it’s like building trust from the start,” he says, citing his own apiary as an example. “We had a hard time at the start but as we went through the years, we gained [our clients’] trust. We know [our honey is] real, they found the difference, so by word they also spread it around, that’s how it is.”

READ: How to tell if honey is real