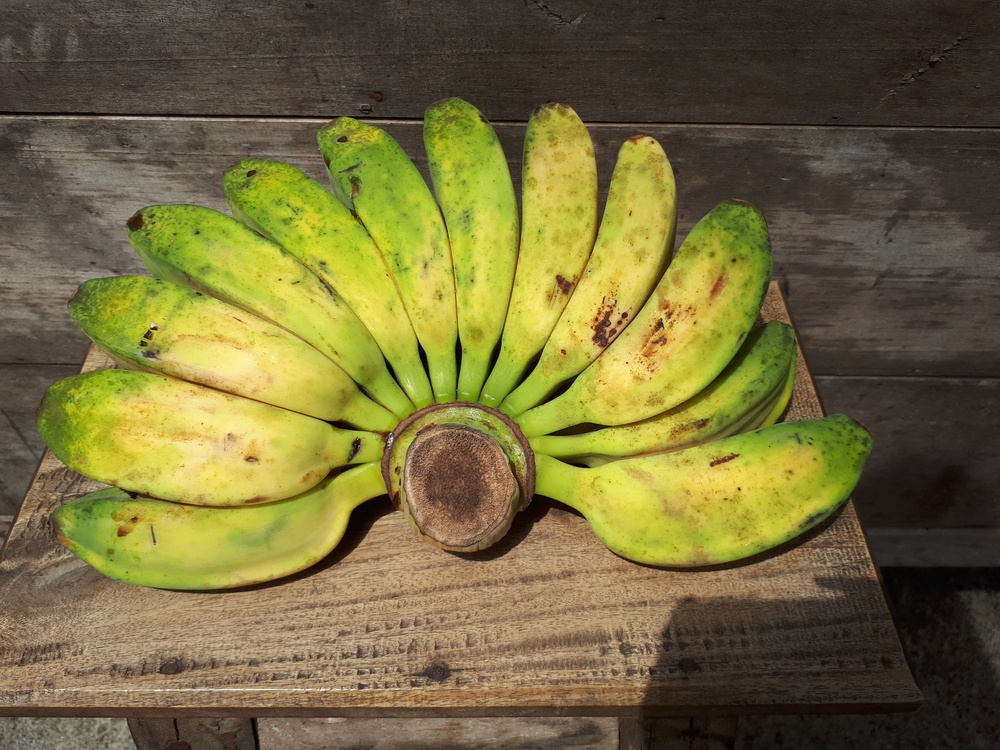 Photo by Maryah Ulfah from Shutterstock

What is yellow, resembles the crescent moon, has seeds, and is rich in various vitamins and minerals? The banana! This delectable and filling fruit is a staple in almost every home because of its versatility, distinct yet subtle flavor, and nutritional benefits.

There are numerous varieties of bananas being grown in the Philippines. But these species can be classified into two categories based on how they’re used, either for dessert or for cooking.

While bananas can be eaten as is, they can also be used in several recipes as an added boost to their depth and flavor. For instance, Cavendish bananas are commonly used in banana splits or other desserts because they are sweet and can melt in your mouth. On the other hand, saba bananas, which are considered cooking bananas, are boiled or fried to be eaten as is or as additional ingredients to meals.

Saba bananas are also used in making the favorite Filipino delicacy, turon, which is bananas coated in sugar and fried until the sugar caramelizes. The result is a sweet and savory sensation in each bite.

Cooking bananas are categorically known as balbisiana cultivars and have many species under this type including Cardaba, Abutan, and saba among others. In the Philippines, the most common cultivar is the saba since it already has commercial importance throughout the country.

Native to Southeast Asia and the Philippines, the saba has become a staple in the Filipino diet.

The tree of the saba banana has a large and tall stem, with a height of four meters. Its bunches contain eight to 16 hands (or clusters) which have 12 to 20 fingers (bananas) each.

Saba bananas are short, stubby, and highly angular. Its skin is thick and green, which turns yellow when ripe. These are primarily composed of starchy carbohydrates that contribute no fat or cholesterol to the consumer, making it a healthy snacking option. It also contains a rich blend of nutrients and vitamins, including B vitamins, dietary fiber, vitamin C, vitamin A, and iron.

Preparing to grow the saba banana

Because of its popularity among consumers in the country, the saba banana is also one of the most widely cultivated banana variants. But there are some things to consider and work on before it can be grown in an area.

Saba can be grown in nearly all kinds of soil but does better in terms of production and fruit quality when grown in deep and friable loam soil with good drainage as well as aeration. It should also be grown in areas with an even distribution of rainfall throughout the year. Warm and moist areas with a temperature ranging from 15 to 35 degrees Celsius are also preferable.

The land should also be prepared before any shoots are planted. This includes the removal of shrubs, weeds, and other materials that could hinder the growth of the plant. The soil should also be plowed two to three times to loosen it and remove weeds that are embedded deep within.

Another land preparation technique is also the creation of a main and secondary drainage canal to prevent waterlogging and to minimize the accumulation of salt and other toxic substances in the soil.

Lastly, prepare the planting materials which are usually healthy suckers or banana pups that are three to four feet tall and have healthy developing roots.

Before planting the sucker, fertilize the area with 50 to 100 grams of complete fertilizer or 800 to 2,000 grams of natural fertilizer applied through basal application to make sure that the nutrients are evenly distributed in the soil.

Once the land is prepared, the next step is to plant a sucker in a hole that’s 30 to 35 centimeters deep for open areas or 30 to 45 centimeters wide if being planted adjacent to a coconut tree. Place one sucker in the hole in a vertical position and fill it with surface soil. If possible, press down the soil around the base of the sucker to avoid air spaces in the hole.

Water the soil after planting.

Saba bananas can be planted any time of the year. But in places where there is a distinct dry and wet season, planting should be done at the start of the rainy season to afford the newly planted sucker an adequate amount of moisture.

Regardless of the variety, bananas’ maturity can be determined when the first leaf turns yellow. It can also be distinguished by the formation of the fruits–the more rounded the angle, the more mature it is.

Saba bananas have become a staple ingredient in any Filipino’s diet. Whether consumed as is or added as an ingredient into other dishes, this fruit provides consumers with numerous health and benefits. And to enterprising minds, it has also become a good source of livelihood as it continues to become a key crop in the Philippines.

Watch the full video from the Department of Agriculture’s High Value Crops Development Program (DA-HVCDP) on how to grow saba bananas here.