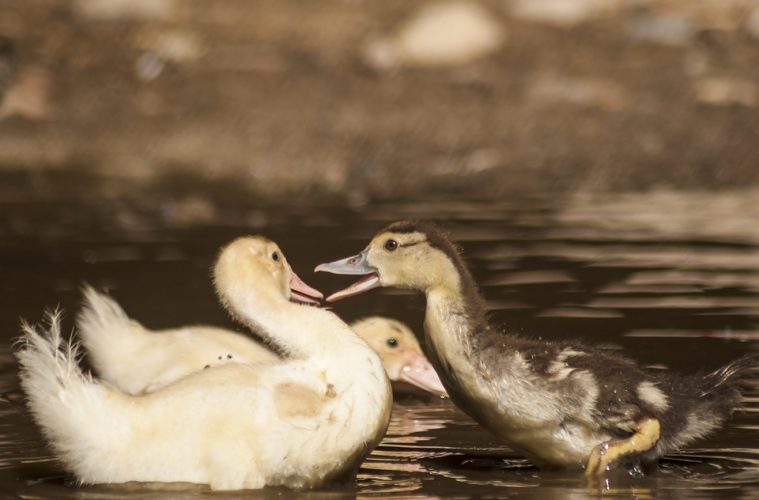 A quick guide on how to raise native ducks

Commonly, chickens are the widely raised and consumed poultry animals in the Philippines since many consumers prefer eating its versatile meat and eggs. But another bird should be given more attention for its potential to become a source of livelihood and sustenance.

Seeing the demand for duck eggs and the potential for duck meat to be an alternative product for chicken meat, farmers and agripreneurs started native duck farming.

Raising native ducks is usually divided into two systems known as free-range and a confined system that uses a duck house called kamalig.

Free-range duck farming is the traditional way of raising native ducks since the birds are allowed to graze and scavenge on newly-harvested rice fields. A temporary fence and shelter are made from fishnets are established to allow ducks a place to rest during the afternoon. The shelter protects the ducks from wild animals and also serves as a nesting place.

This method allows duck farmers to save money from feeds and housing. It is also used to raise ducks that are one to five months old.

Meanwhile, the other scheme that requires the kamalig doesn’t give ducks as much freedom. Here, they are provided with a balanced diet that includes formulated feeds, clean drinking water, proper floor space, and other requirements to foster proper maintenance, growth, and development needed for egg production.

(Learn more about the basics of native duck farming here)

There are different species of ducks that are used for egg production. Luckily, Filipinos need not look far as there’s a specific breed developed to cater to the needs of the farmers.

Scientists from the two institutions worked to improve the Itik Pinas’ egg-laying ability and adaptability to local environments.

But there’s more to this breed than just being ideal for egg-laying. If used in an integrated rice-duck farming system, Itik Pinas can benefit both the farmers and the environment.

With the ducks on the rice farm, farmers can save a lot of money that was initially allotted for rice inputs such as pesticides, herbicides, and fertilizer. This results in naturally-grown rice that contributes to the preservation of the environment.

Ducks serve as natural de-weeders because they tend to munch on the wild grass, they also keep pests away and fertilize the rice with their droppings.

While most farmers spend a particular amount on providing the requirements for their ducks, there are other practical alternatives to fulfilling these needs.

Those made from bamboo and nipa are good enough. The important thing is that these houses have areas where the ducks can lay their eggs. These areas are usually covered with some rice hulls to make them comfortable for the ducks and to keep the eggs safe from being trampled on by others.

As for their feeds, ducklings are given boosters from one to two weeks in addition to the commercial feeds to strengthen their resistance against illnesses and help in their growth development.

Once the two weeks are up, the ducks can be given alternative feeds such as Madre de agua, snails or kuhol, and rice bran.

Raising native ducks has the potential to provide farmers with a source of livelihood because of the demand for their eggs. Duck meat can also be a viable alternative for consumers. But aside from the farmers, having ducks around on a farm can also give significant benefits to the environment.

There are many things to consider in raising native ducks. If done correctly, farmers and agripreneurs can secure their profit from these versatile birds.