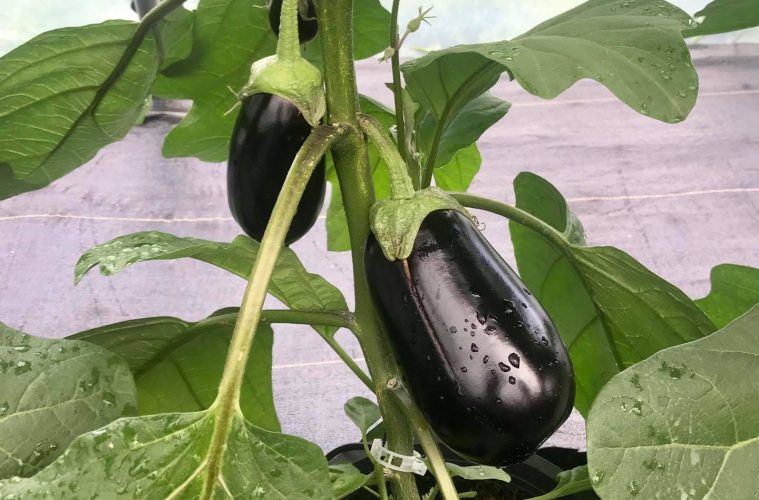 European eggplants, also known as aubergines, are short, stout, and have a deeper shade of purple compared to its Philippine counterparts.

When we talk about eggplants (or talong in Tagalog), many Filipinos visualize the long, purple vegetable used to make tortang talong, ensalada, pinakbet, and other favorite local recipes.

But eggplants take different forms and varieties besides the prolific one in the Philippines and neighboring countries. One example is the Thai purple ribbed eggplant which is native to Thailand, has thicker flesh, and is less sweet than the local variety.

Another eggplant variety is the European eggplant, or aubergine, also known as Italian eggplants in the USA. In Europe, all eggplants are referred to as aubergines. Compared to local eggplants, the Italian eggplant is distinct for being short, stout, its deep purple color, and a slightly bolder taste than its local counterpart. 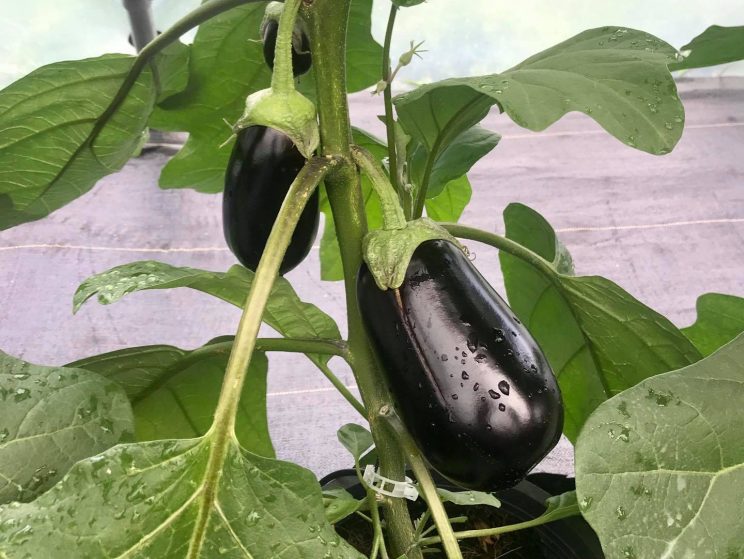 European eggplants, also known as aubergines, are short, stout, and have a deeper shade of purple compared to its Philippine counterparts.

It also has fewer seeds and more meat, making it an ideal addition to savory dishes.

Grab&Grow, an urban farm in Lucban, Quezon, has managed to grow this particular variety in the Philippines using modern farming techniques.

The urban farm is an initiative of Bukid Amara, a farm tourism destination started by former corporate employee Michael Caballes. After 20 years, Caballes retired to the farm and is now an agripreneur who leads a simple farming life. Michael Caballes, the owner of Bukid Amara and Grab&Grow, acquired the seeds from a Dutch seed company.

(Click here to read the article on how Bukid Amara started)

While in the corporate world, Caballes worked with greenhouse growers. He was exposed to innovative technology and techniques in farming which provided him with the right knowledge and resources to grow foreign vegetables on local soil.

“A Dutch seed company gave seeds on varieties such as yellow and red bell peppers, lettuce, and the aubergines when they found out that I was starting my farm,” Caballes said.

Having been exposed to greenhouse growers for most of his corporate career, Caballes then used the things that he learned to help develop his journey as an agripreneur.

By growing the aubergines in a controlled environment, Caballes easily grew the foreign variety in local conditions. He also gets to control other factors such as water, soil, and other inputs that determine the growing success of the vegetable. 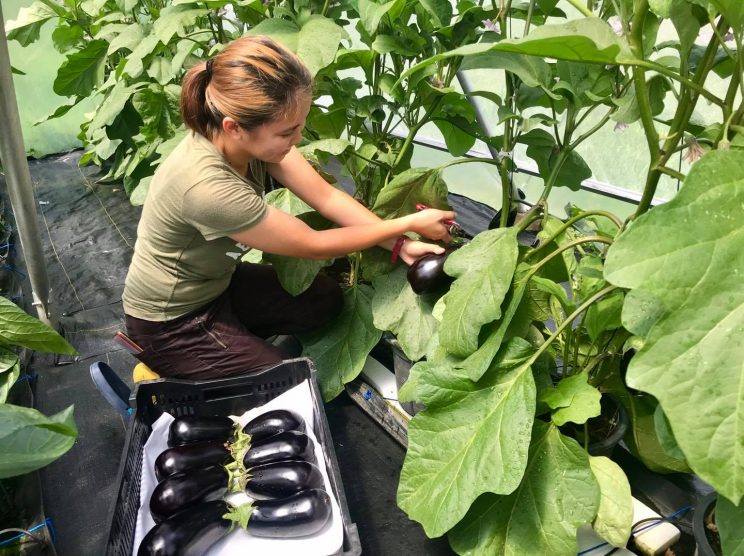 The aubergines are grown in a greenhouse so Caballes can secure the quality of their produce.

“We use a drip irrigation system and the aubergines are planted in pots with cocopeat,” Caballes shared.

A drip irrigation system directs the water to the root system of the vegetables and prevents unnecessary waste. On the other hand, the cocopeat in the soil helps keep the soil loose and airy helping in better root growth.

Caballes added that the farm follows an efficient methodology to make sure that they produce top-quality vegetables that consumers can enjoy. 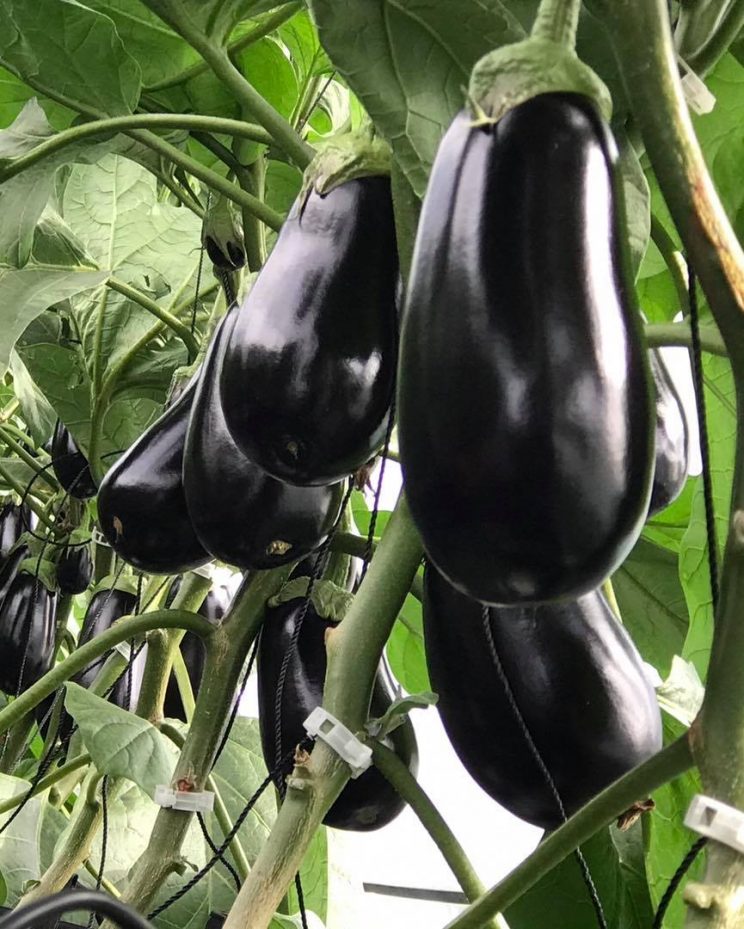 Within the crop cycle, Caballes manages to harvest three to four kilos of aubergines per plant.

Within the three to four-month crop cycle in the greenhouse, Caballes and his farm workers manage to harvest around three to four kilos per plant.

Even though eggplants are a staple in Filipino homes, aubergines aren’t as popular among local consumers. Despite this, Caballes still found a market for the European eggplants that he grows.

“It’s a limited market but we supply aubergines to local hotels and restaurants,” he said. 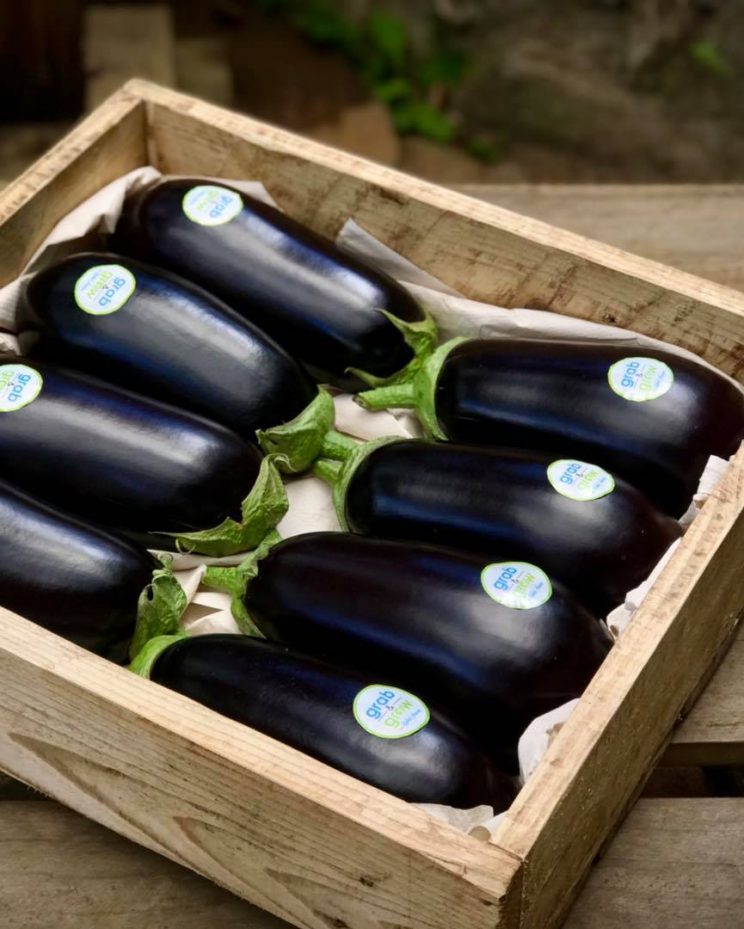 Grab&Grow sells their aubergines to a very limited but highly profitable market.

And since eggplants, no matter what variety, are considered high-value crops, they fetch a high price in the market thus making Grab&Grow’s operations of growing aubergines a highly profitable one.

Caballes also makes a profit from growing other crops such as lettuce as well as colorful ornamentals like petunias that are currently popular among gardening enthusiasts.

The vegetables we know today have different varieties that are available in other parts of the world. And with the right farming techniques and marketing approach, people like Michael Caballes can serve a limited yet profitable market that promotes the consumption of other varieties of vegetables.