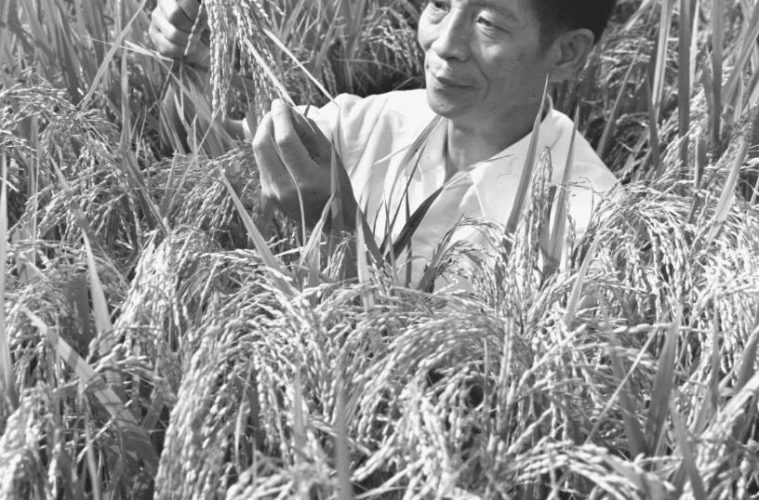 The top rice scientist passed away in a hospital in Changsha, capital of Hunan Province, at about 1 p.m., according to the hospital and other sources. He is survived by his wife, three sons and several grandchildren. 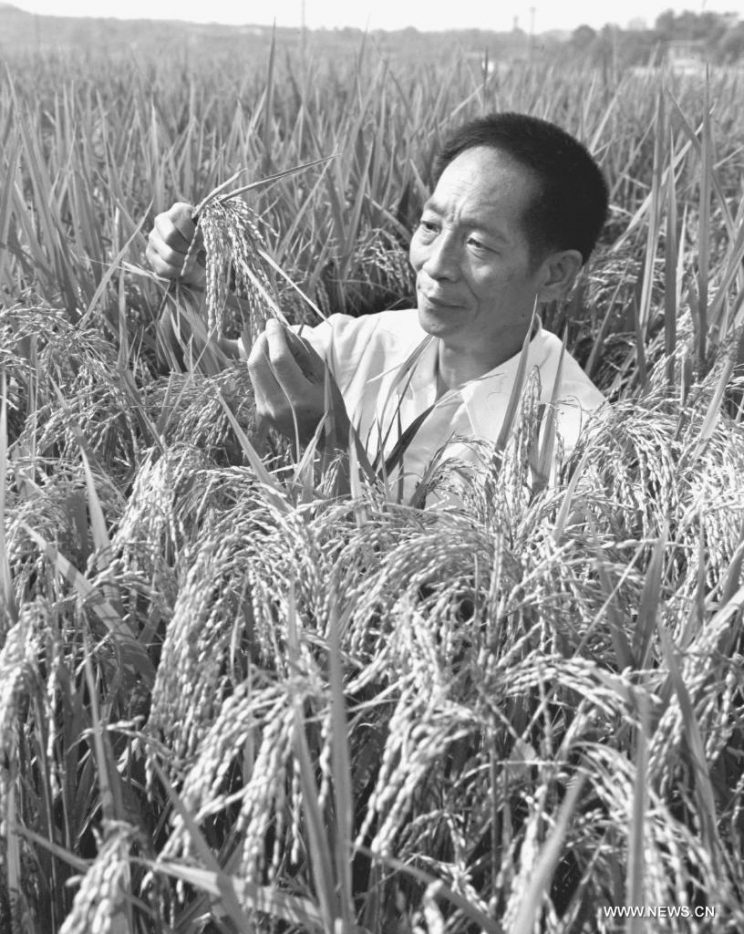 Family members hummed Yuan’s favorite songs to him in his final hours, Xinhua reporters at the site said.

A large crowd of people was seen gathering outside the hospital to bid farewell to Yuan on Saturday afternoon, shouting “Rest in peace, Grandpa Yuan!” as the hearse left the hospital at about 4 p.m.

Yuan had been under medical treatment after suffering a tumble in March when conducting research at a seed-breeding base in Hainan Province.

Medics said that Yuan, preoccupied by the growth of hybrid rice, had been regularly checking the weather and temperatures during his stay in hospital.

“He was already in very poor health, but still cared about his rice crops,” his doctor said.

The academician with the Chinese Academy of Engineering helped China work a great wonder — feeding nearly one-fifth of the world’s population with less than 9 percent of the world’s total arable land.

Born in Beijing in 1930, Yuan succeeded in cultivating the world’s first high-yield hybrid rice strain in 1973, which was later grown on a large scale in China and other countries to substantially raise output.

Over the next four decades, he continued to research and upgrade hybrid rice, which has now reached its third generation.

“I saw heartbreaking scenes of people starving to death on the road before 1949,” said Yuan, recalling an era when getting enough to eat was a serious problem in China. “This was the main reason for me to stick to the hybrid rice research.”

In China, where rice is the staple for the majority of the 1.4 billion population, the annual planting area of hybrid rice has exceeded 16 million hectares, or 57 percent of the total planting area of rice, helping feed an extra 80 million people a year.

Its growth area overseas has reached 8 million hectares, according to the China National Hybrid Rice R&D Center where Yuan worked.

His more recent achievements included developing varieties of saline-alkali tolerant rice. In January, his team said they planned to use the rice to transform 6.7 million hectares of saline-alkali land in China over the next eight to 10 years.

Yuan once said he had two dreams — to “enjoy the cool under the rice crops taller than men” and that hybrid rice would be grown all over the world to help solve the global scarcity of food.

Yuan’s lifelong dedication to reducing hunger has made him a national hero and household name in China.

In 1999, an asteroid discovered by the national astronomical observatories was named after Yuan. In 2019, he was awarded the Medal of the Republic, China’s highest state honor.

On China’s Twitter-like platform Sina Weibo, the news has been viewed 3.4 billion times so far, with netizens from all walks of life expressing grief at the passing of a great man.

“Three times a day, when we enjoy the fragrance of rice, you will be dearly remembered,” read a comment that has been liked more than 700,000 times.