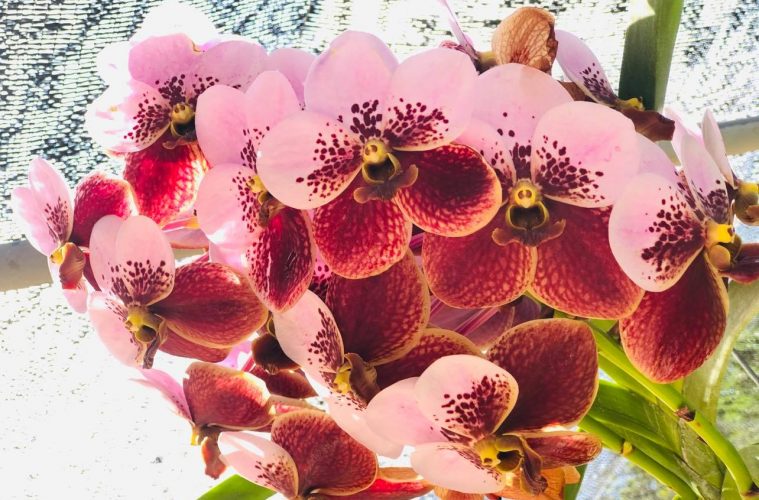 Waling-waling, the orchid species endemic to the Philippines, can be grown using the plant tissue culture method.

When growing ornamental plants, gardeners often take the natural route by growing plants from cuttings or seeds. This method requires a lot of time and effort since gardeners need to provide their plants with their basic requirements and monitor them regularly to prevent pests and diseases.

But there’s another approach that can garner the same, sometimes better, results. All it takes is combining science with horticulture, and you’ve got the tissue culture method. 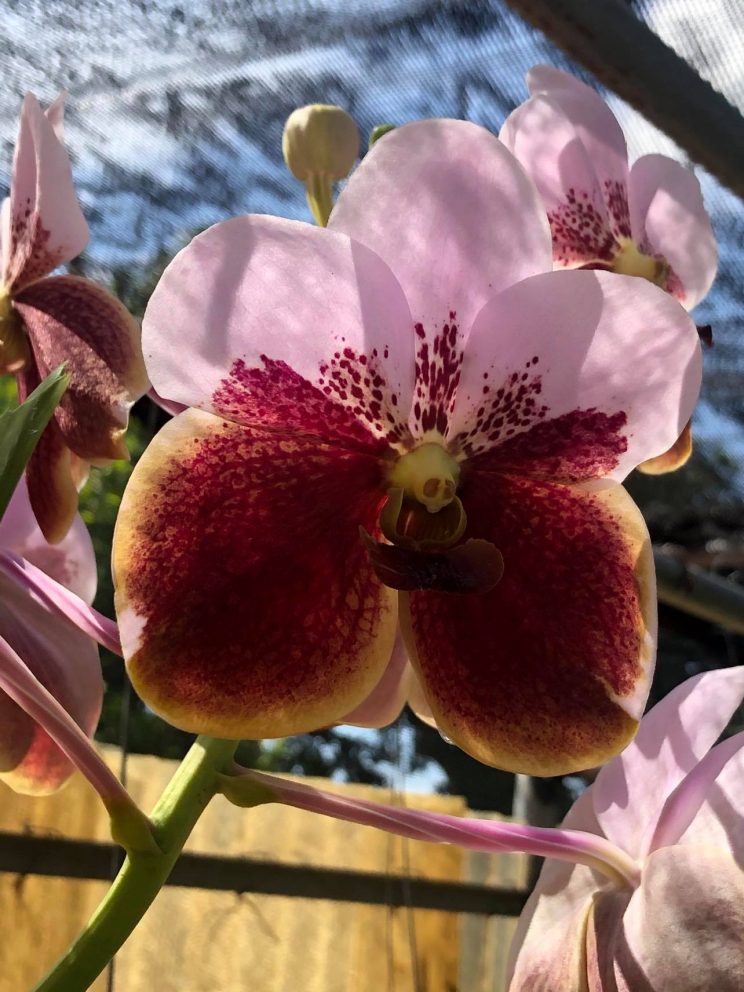 The Queen of Orchids can be found in Zamboanga, Cotabato, and Davao.

“Through plant tissue culture, we can grow and conserve without taking the whole plant out of its natural habitat,” Galimba said. 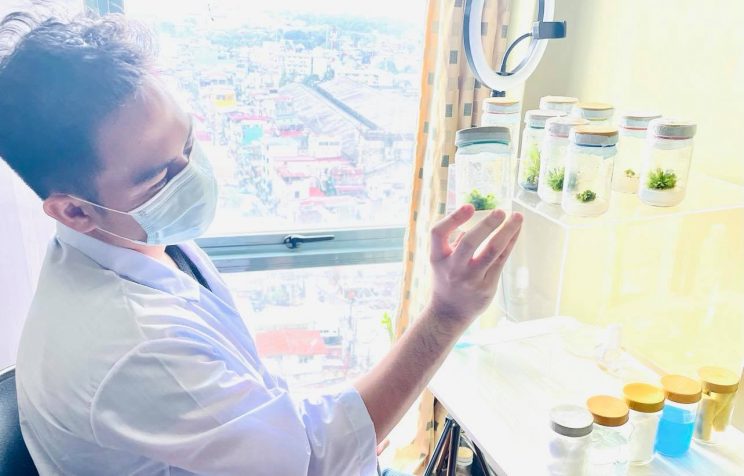 Dominic Galimba uses the plant tissue culture method to grow waling-waling without harming the species by taking them from their natural habitat.

Galimba learned this method through his mentor, Raymundo Go Ong, an agricultural chemist who worked on the tissue culture of different orchids and ornamental plants for years.

“He told me that most plant tissue culture techniques cannot be read or obtained from research articles and books. Books and articles are just the guidelines but proper propagation of specific plants can only be done through the skill of an individual,” Galimba shared.

With the plant tissue culture method, the plant doesn’t have to be extracted from its natural habitat for propagation. According to Galimba, the first step is to self-pollinate the waling-waling flowers and successfully gather their pods after four to four and a half months of harvesting time.

By this time, the pods can be transferred to the laboratory for inoculation and planting in vitro or inside the container.

“One pod has more than tens of thousands of seeds with a higher germination rate of around 80 to 90 percent if it is planted inside the bottle with controlled light of about 16 hours light, either natural or artificial white light, and eight hours of darkness, and temperature of not more than 30º Celsius,” Galimba said. 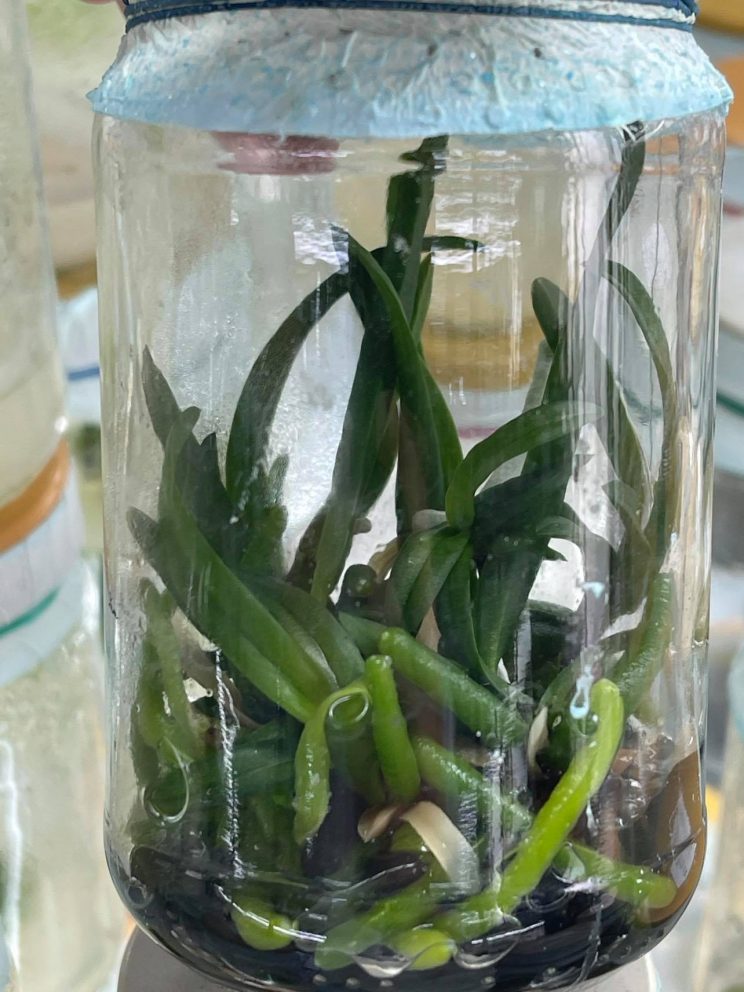 Pods have more seeds and an increased rate of germination as compared to the natural way the orchid is grown.

He added that this approach has a higher germination rate compared to less than 10 percent if planted in the wild.

This process is also called asymbiotic germination where seeds are germinated in vitro, using agar, a jelly-like substance that contains necessary nutrients and growth hormones.

Growing waling-waling through the plant tissue culture takes about four years according to Galimba. During this time, there are still some processes that need to be done to secure the growth of the orchid.

After the seed extraction and incubation in a sterile container, the seeds will begin to germinate after two to three weeks.

It takes several weeks before the pods germinate and eventually develop buds.

Wait for another two to three weeks after the seeds have germinated and the protocorms, or orchid embryos, will appear.

By six to 12 weeks in incubation, the buds will have sprouted, signaling that the plant is ready to be transferred into another sterile container.

Galimba notes that the plants need to be transferred to a different sterile container every 10 to 12 weeks, and the containers should be stored on a shelf with natural or artificial light.

The pros and cons of the plant tissue culture method

As per Galimba, there are many benefits to using the plant tissue culture method. One of these is the preservation of our local species of flora.

“Most local orchid and ornamental species have already been recorded as endangered due to illegal poaching from the wild and protected forests. Filipinos must become aware of how to handle proper conservation to prevent our local species from extinction. Plant tissue culture is the best way to handle plants not only through conservation but also through new plant research,” Galimba said. 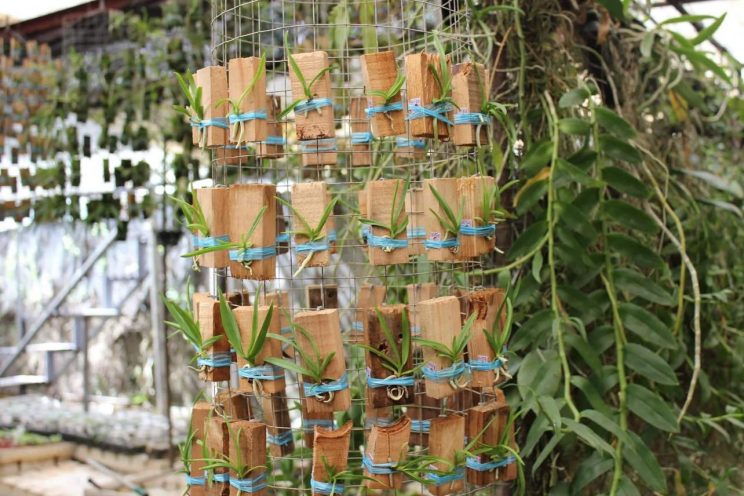 Waling-waling orchids grown through the tissue culture method need to be kept under natural or artificial light.

He added that this method also helps commercialize the different plant species by producing numerous propagules to prevent certain plants from being endangered.

Other benefits of this method include being space-efficient, the propagation can be done year-round, produces disease-free plants, and low maintenance because it doesn’t need to be watered daily or sprayed with pesticides while inside the container.

But with all things, there are some downsides to using the plant tissue culture method. It requires aseptic culture training or skills to avoid cross-contaminating the specimens, is labor-intensive because of the laboratory maintenance and subculturing of plants, and requires long-term investments since the plants take years to fully develop.

Despite all these, Galimba is helping raise awareness about the tissue culture method by providing cheaper alternatives to home gardeners.

“I am doing vlogs on Youtube to spread the information on how to make a DIY plant tissue culture lab with alternative materials and techniques at home with a budget-friendly cost,” he said. 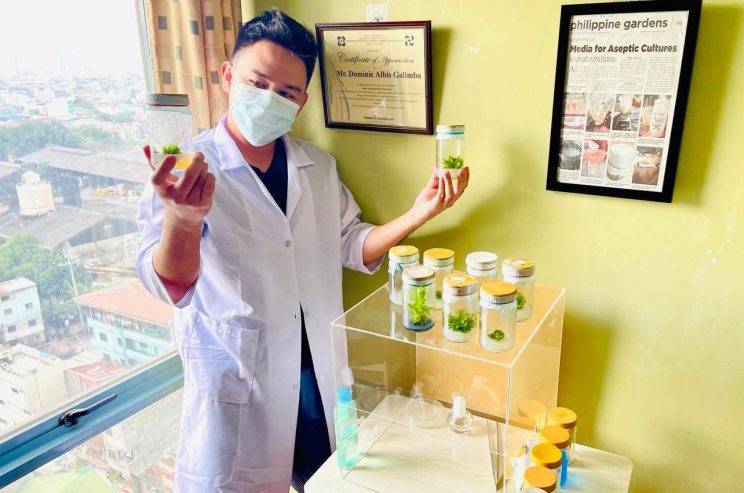 Galimba started a YouTube account to teach others how to start a tissue culture lab using budget-friendly materials.

There are different ways to grow plants and some of these include science. Through the plant tissue culture method, not only will gardeners be able to grow different varieties of plants in their own spaces, but they will also help in the preservation of endangered species.