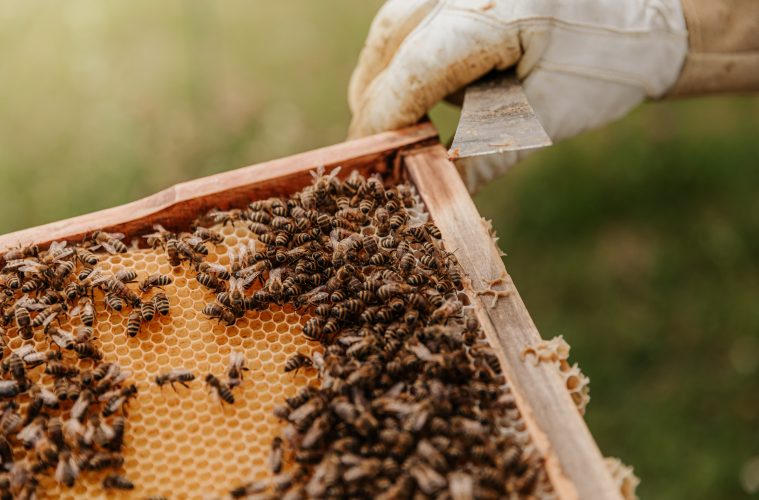 Peace with bees: Rebuilding a new life for former NPA rebels through beekeeping

In celebration of World Bee Day 2021, beekeepers and enthusiasts gathered in a series of webinars on beekeeping. It was organized by the World Bee Day-Philippines together with Beekeepers’ Network Philippines Foundation Inc. (BEENET) – Luzon Chapter.

To cap off the week-long event, a talk entitled “#BuzzAboutBees: Bees and their Ecosystem Services” weaved into a topic on how bees have made a significant shift in people’s lives.

One of the speakers is a beekeeper named Reynaldo Gil Lomarda, aka Datu Makadingding. He is the co-founder and president of Green Minds Inc., a non-government organization in Cagayan de Oro City, Misamis Oriental.

Green Minds Inc. executes livelihood projects among tribal communities, farmers, former rebels, and marginalized sectors in Mindanao. They empower indigenous communities by providing training on topics like beekeeping and support them in their agricultural endeavors by purchasing the output they produce.

Making stingless beekeeping a tool for peace and development

The specific community that the organization assists in beekeeping is the Higaonon tribe. Most of them are former supporters of the New People’s Army (NPA) but are now engaged in agriculture as their source of livelihood.

Not only do they help the tribe be knowledgeable about beekeeping techniques, but also start their own beekeeping setup and reach the commercial level for a sustainable and higher income.

As per Makadingding, the Higaonons are familiar with stingless bees, or kiyot, as these are common in their area. However, they are not aware of their benefits and importance.

During the area assessment, he said, “We saw this kiyot in their houses, literally. Inside the post, below [their] sinks, inside [the] trees, [and so on]. Basically, the [Indigenous] people know kiyot, but they do not know that they have a value.”

Green Minds Inc. started training 15 former high-ranking rebels from Barangay Eureka, Gingoog, Misamis Oriental. From the Umanika Eco-Cultural Farm, it will take around a five-hour drive to reach the community.

In cooperation with the 58th Infantry Battalion of the Philippine Army, they were able to reach these indigenous communities residing in remote areas.

Makadingding added, “Although we were going there with soldiers, it’s okay because there’s already an understanding between [the two] parties.”

Nine empty beekeeping boxes were also distributed to the community, plus another box with one feral colony.

The group offered a “buy-back” scheme where they will buy the filled beehive boxes that the community will produce.

Five months after the training, the empty boxes grew into 14 beehive boxes with stable colonies each. Both the IPs and some of the soldiers participated in the said project.

“What we did was we left the box, we taught them, they filled it up, then we [will now] buy [it] back.” Makadingding continued, “We were very glad because on their own, without even regular communication with us, they did their part.”

As a result, people from nearby villages also learned about the initiative and built their own beehives. The organization will be buying back the honey-filled beehive boxes by the end of May 2021.

To sustain the livelihood program, they are now in partnership with the LGU to provide more TPH1 beehive boxes, allocate funds for training area expansion, and conduct product development training on beekeeping to three more villages of former rebels.

The organization’s projects are relevant to the existing laws that cover the preservation and development of Indigenous People’s cultures (RA 8371), as well as the promotion of inclusive growth (RA 10644), and sustainable practices of indigenous farmers (RA 11511).

These are also relevant to the Sustainable Development Goals (SDGs) numbers five (gender equality), 10 (reduced inequalities), 12 (responsible consumption), among others.

In order to build collective change and awareness in the society, sustainability must start at home, said Makadingding. With this, he also keeps his son engaged in beekeeping activities like splitting colonies. 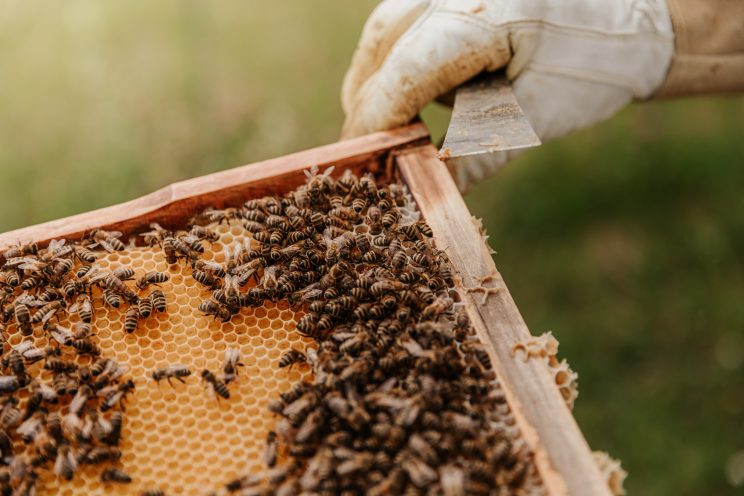 Through beekeeping, livelihood in their community is sustained and developed. It is also through beekeeping that peace and engagement is observed, supported, and heightened.

“[To make the fight] stop between the soldiers and the rebels is one thing, but making them work together [with] a common goal of preserving the bees and selling the bee produce to improve their lives is one thing that only bees can do.”